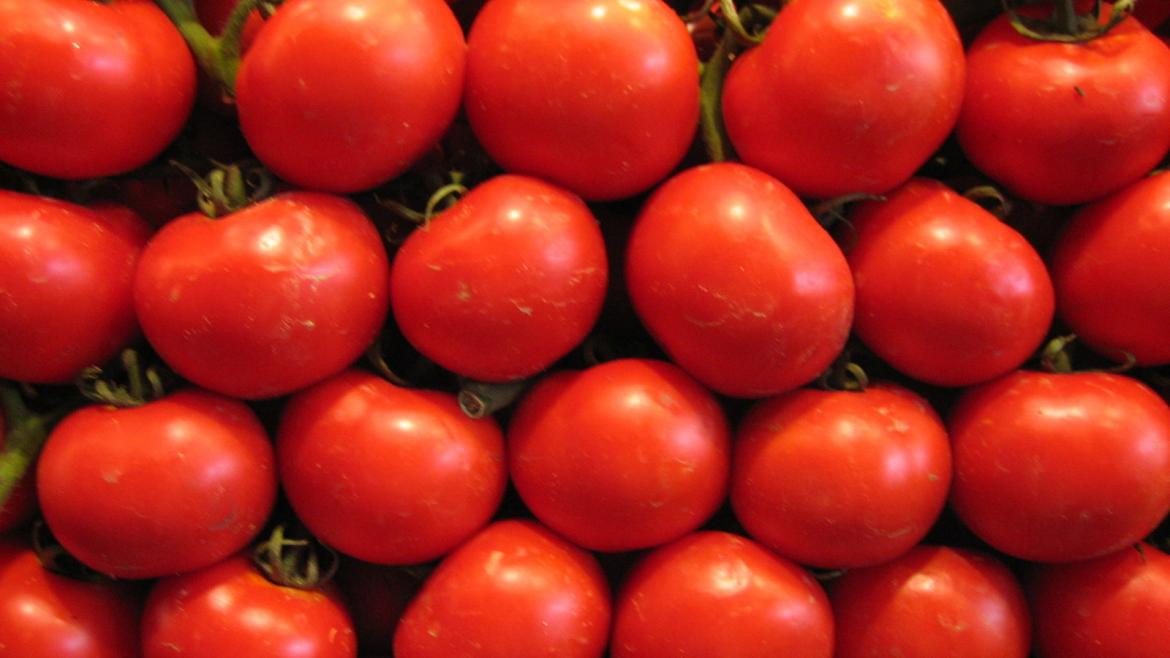 Polytechnic campus Tempe campus Washington, D.C.
ASU team looking at how urban farms could cool the climate, feed citizens.
Many factors to be considered, including: Will people actually buy the food?
January 5, 2017

Interdisciplinary ASU project creates model to predict land use, climate effects and even potential profit of farming in cities

As Phoenix continues to sprawl toward Tucson, urban planners are working to prevent the entire 100-mile corridor between Arizona’s largest metro areas from becoming nothing but concrete and asphalt.

Unfettered development, experts say, can strain resources and increase temperatures and pollution, setting off a chain reaction of problems for the region and its residents.

Seeking sustainable solutions, a team of Arizona State University researchers has been working to create an innovative, physics-based model that can predict how gardens and farms can most efficiently be integrated into cities to produce food in the face of a changing climate, cool the urban heat island and make people happier.

It’s a collaborative five-year national project, funded with $4 million from two federalThe grants are from the U.S. Department of Agriculture and the National Science Foundation. agencies, that aims to evaluate huge sets of data to create a planning model that can be used by any growing metropolitan area. The model will account for variables that include air pollution, land cover, water use and energy sources.

The work crosses several disciplines, with Alex Mahalov, a mathematician, as the lead principal investigator, and other researchers who are experts in agribusiness, geography and sustainability.

“This is an integrated project; it’s not just about agriculture. It’s about food, energy and water,” said Mahalov, who is the Wilhoit Foundation Dean’s Distinguished Professor in ASU’s School of Mathematical and Statistical Sciences.

The model will look at what would happen if vacant land in a city were turned into urban farms, which could produce food for the neighbors and help mitigate the urban heat-island effect, in which concrete and asphalt stay warmer overnight, raising temperatures. Conversely, plants and trees allow desert land to cool at night.

There’s a social aspect, too.

“In community gardens, people get together and enjoy growing food, maybe make some extra income,” Mahalov said. “And it makes them happy.”

One part of the project, now in its second year, is taking high-resolution data from the National Agriculture Imagery Program and writing an algorithm that can evaluate land use in detail as precise as “the backyard of so-and-so’s house, next to the pool on the side of the two-story house,” Mahalov said.

Billie Turner II, distinguished sustainability scientist in the Julie Ann Wrigley Global Institute of Sustainability, is a co-principal investigator and part of the team that is analyzing the land-use data from several metro areas in the U.S., showing the need for improved analysis.

For example, “one of the things we found out for Maricopa County is that there are a lot of errors in the national data. It will say there’s vacant land, but actually there’s a building on it. Or it says it’s not vacant, but we don’t see anything on it but bare soil,” said Turner, who is the Gilbert F. White Professor of Environment and Society in the School of Geographical Sciences and Urban Planning.

It’s up to Carola Grebitus to look at the project from an economic perspective.

“If you use the land for farming, you need consumer demand because without demand you can’t be successful as a business,” said Grebitus, a co-principal investigator on the project, senior sustainability scientist in the Julie Ann Wrigley Global Institute of Sustainability and assistant professor of food industry management at the Morrison School of Agribusiness in the W. P. Carey School of Business.

While the big-data modeling will determine whether land that could potentially become gardens is near low-income neighborhoods, Grebitus will investigate whether those neighbors actually want vegetables. She and her team have already done three preliminary surveys on preferences, and those results will help them create a survey they’ll give to 2,000 consumers in Phoenix and other cities.

“There’s a model called motivation, ability, opportunity. Right now, we are differentiating between ‘are you willing to buy the food?’ Or ‘would you be willing to grow your own food?’ You need to be motivated to do either one.

“Ability means, you have to know how to grow the food. Many people don’t even know how to prepare fresh produce,” she said.

“For opportunity, I like to use the example of the single mother who is motivated to provide nutritious food for her children and has the ability to cook it, but she might simply not have the time.”

Grebitus has already surveyed 500 ASU students, asking how much they would be willing to pay for a pound of tomatoes from the grocery store, a farmers market or an urban farm.

“We found that compared to the grocery store, they’re only willing to pay less, not more or the same, if it’s from the urban farm,” she said.

That data is scheduled to be presented in two upcoming journal articles, said Grebitus, who added that even though the survey respondents were all students, “they’re the consumers of tomorrow.”

Grebitus said that while urban gardens could cool the air and produce beautiful vegetables, they might not be viable. "It needs to be competitive.”

Innovation is another factor, Mahalov said. The model will consider the feasibility of vertical farming, a system in which crops are grown vertically in self-contained structures that take up less land. Only a few such systems are in place around the country.

The final scenarios produced by the model will be all about trade-offs, he said.

“What is most important? Do we want to minimize water consumption? Or is there another variable that’s more important?”

Mahalov said the project was made possible by the atmosphere of collaborationThe other co-principal investigators are Mohamed Moustaoui, associate professor in the School of Mathematical and Statistical Sciences, and Matei Georgescu, associate professor in the School of Geographical Sciences and Urban Planning. Both also are senior sustainability scientists in the Julie Ann Wrigley Global Institute of Sustainability. Besides the ASU professors and graduate and undergraduate students who are on the team, there are researchers from the National Center for Atmospheric Research in Boulder, Colorado. fostered at ASU.

“I’m still doing my mathematics, and I can say, ‘Leave me alone and don’t talk to me.’ But I would never have come up with this idea if I was just by myself in my office,” he said.

“The reason is because we’re constantly encouraged to interact with each other and break through the interface of fields.”

'Hidden Figures' recalculates story of women of color in STEM

Across STEM fields, women of color share a similar story — just ask Sharon Torres.“I was born and raised in the Philippines, but all my role models were white,” said the advocacy manager at ASU’s Center for Gender Equity in Science and Technology.Her work in breaking down barriers — gender and ethnic — figures to get a boost Friday with the release of “Hidden Figures,” a new Holl...

'Hidden Figures' recalculates story of women of color in STEM

“I was born and raised in the Philippines, but all my role models were white,” said the advocacy manager at ASU’s Center for Gender Equity in Science and Technology.

Her work in breaking down barriers — gender and ethnic — figures to get a boost Friday with the release of “Hidden Figures,” a new Hollywood film that tells the story of three black women who helped NASA win the space race in the 1960s.

Torres spoke with ASU Now about the mission and progress of her year-old center and how stories such as “Hidden Figures” can inspire women and minorities by changing narratives and challenging stereotypes. 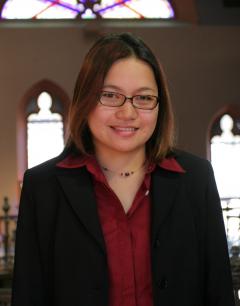 Question: Why did it take so long to tell the story of the mathematicians in “Hidden Figures”?

Answer: I think for same reason that people of color are considered underrepresented in many settings: There is a dominant narrative that does not include women of color.

However, I do think that our country is becoming increasingly diverse, and voices of color are slowly but surely being heard in popular avenues like Hollywood, which has a strong influence on our culture.

Q: Why is it important to tell stories that acknowledge the role of women and women of color in both American history and in STEMSTEM stands for science, technology, engineering and mathematics.?

A: For one, American history is incredibly rich, and it’s only right that it should reflect the depth and diversity of the people.

Second, inspirational stories like this have the ability to empower our future STEM leaders.

Culturally responsive teaching is not an uncommon thing, and it’s been proven that young students of color respond very well when they can see themselves in their role models.

Q: There have been times when marginalized groups have experienced setbacks, even after making great progress. Can you think of any examples of that happening with women and women of color who are trying to break into the STEM fields?

A: Absolutely. One challenge that I can think of that women, and especially women of color, face in STEM is implicit bias.

Implicit bias really plays a huge role in women of color entering, persisting and succeeding in STEM — whether in an academic setting or in STEM industries.

We have seen reports of maltreatment of women in STEM, and just generally feeling unsupported in their chosen industry or discipline.

Q: Where does that bias come from?

A: I think that bias comes from a history that has not been multidimensional.

It’s almost a cyclical argument, because when there are successful strides made by women of color that are not acknowledged, they disappear from the narrative of success in STEM.

And if those success stories aren’t represented in history, how can women of color establish themselves as a formidable force and as an example for others to model?

Q: Are there any other examples of such stories being told well?

A: There’s a couple movies actually that speak to the work that we do at CGEST: There’s one called “CodeGirl,” and another, just simply “Code.”

Those stories align so well with the capacity-building efforts of our center.

They’re stories of girls from undersourced communities building technical skills, as well as skills like self-efficacy, self-confidence and social consciousness.

Q: Who were some of your role models growing up?

A: This actually demonstrates the whole idea of what we’re talking about: I was born and raised in the Philippines and all my role models were white, because the dominant narrative there was also very skewed toward Western preferences. … [My role models] changed over the years. I started going into diversity work about five years into my professional career, and at that time I was working in an urban institution where I started feeling the micro-aggressions that exist in society.

Q: Who are some of your role models today?

A: One would be Tina Tchen; she’s the outgoing chief of staff to the first lady. She is of Asian descent, and so am I, and she’s also the executive director of the White House Council on Women and Girls.

I look up to her because she and the first lady of this administration have helped people notice these issues, these disparities that exist when it comes to race and gender.

They’ve really brought them into the limelight and have done so much in the last eight years to mobilize not only people who are in government but also in education, private sectors and even on an individual level.

I feel like this issue of gender and race disparity in STEM is an issue that any individual person, organization, entity or institution can help advance. It’s not just “us” [women and women of color] doing the work; there’s plenty that we can all do.