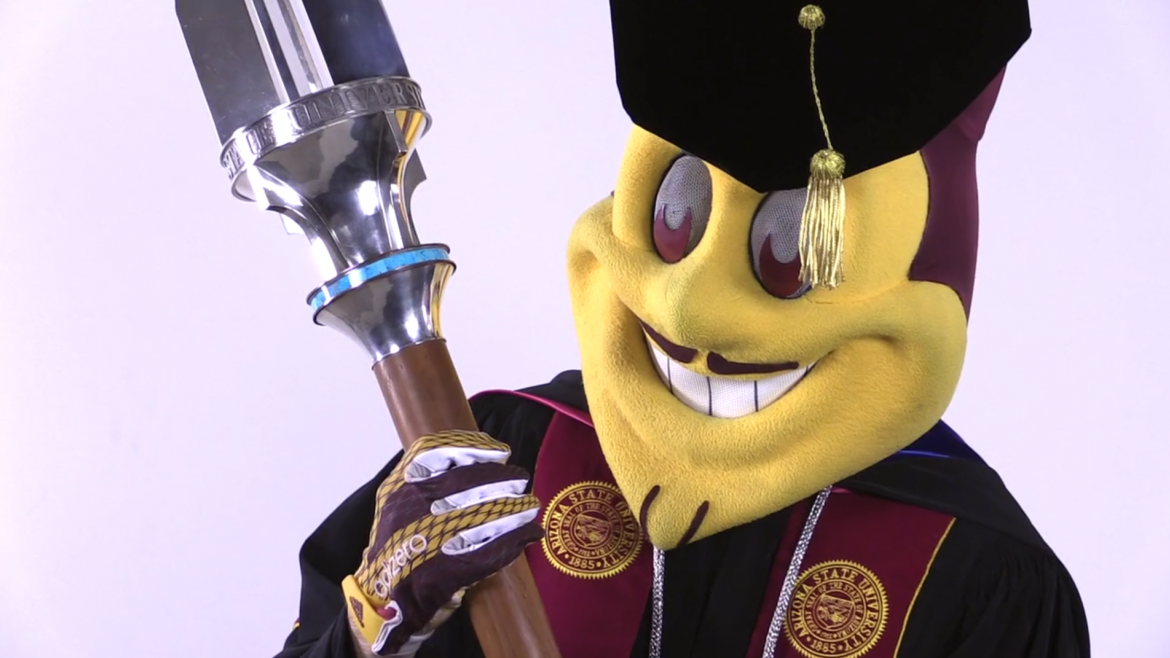 What's the difference between all those ASU graduation robes? Sparky shows us.
December 9, 2016

Ever wonder about the circumstances behind all that pomp at graduation?

There are tams, mortar boards, tassels, chevrons, hoods, bell sleeves, insignias, a medallion — and even a giant mace. But who wears what and why?

Melissa Warner, director of university ceremonies at ASU, explains it all — with an assist from the No. 1 Sun Devil, Sparky.

She stopped by ASU studios to dress the school’s beloved mascot in various graduation robes, caps and sashes to detail the differences and explain the embellishments.

So now when someone comes out weilding a giant medieval club, you’ll know exactly what’s going on.

Editor’s note: This is a part of a series of profiles for fall 2016 commencement. See more graduates here.ASU senior James Boulton remembers dressing up as fighter pilot for Halloween when he was in third grade. A dozen years later he’s ready to zip up his flight suit, put on his aviator glasses and jump in the cockpit.The 22-year-old engineering major was one of a handful of Air Force ROTC ca... 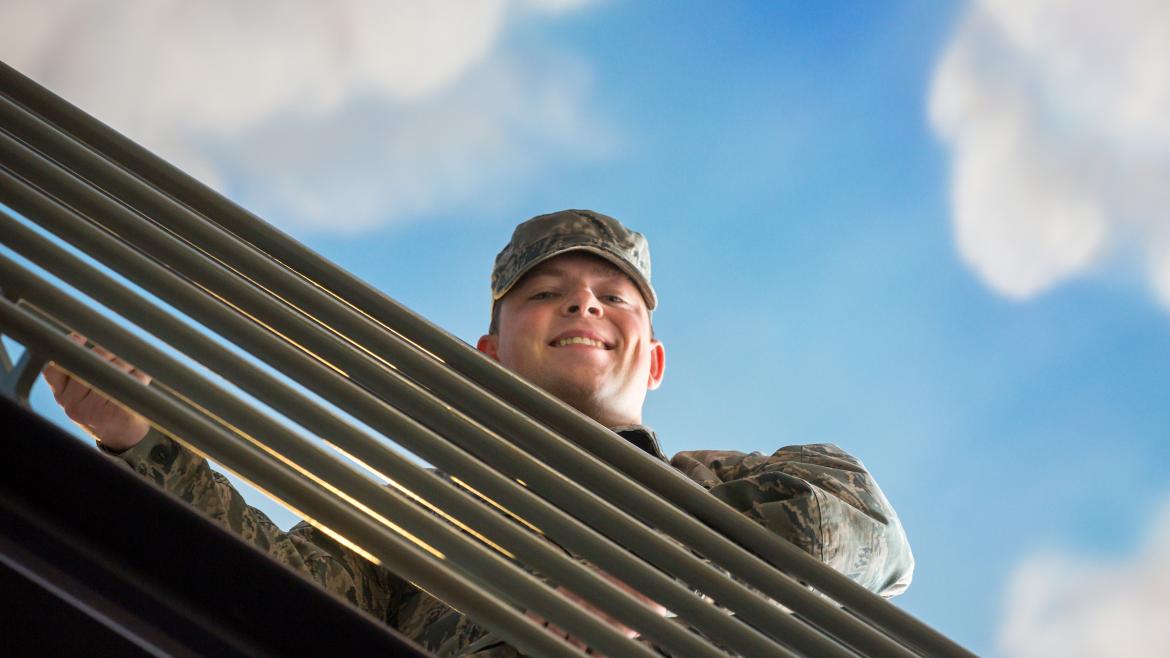 Editor’s note: This is a part of a series of profiles for fall 2016 commencement. See more graduates here.

ASU senior James Boulton remembers dressing up as fighter pilot for Halloween when he was in third grade. A dozen years later he’s ready to zip up his flight suit, put on his aviator glasses and jump in the cockpit.

The 22-year-old engineering major was one of a handful of Air Force ROTC cadets in the nation recently selected for the highly competitive Euro-NATO Jet Pilot Training program at Shepperd Air Force Base in Wichita Falls, Texas. He'll be the first ASU graduate to be part of the program in eight years.

“I’ve prepared my whole life for this moment,” Boulton said. “I’ve earned a really good degree in something that I love from a school that prepared me very, very well.”

He said he was offered an Air Force ROTC scholarship and had his pick of Arizona’s three state universities.

“I looked at ASU, U of A and NAU, and it was a pretty easy decision,” said the 2015-2016 Air Force Cadet of the Year. “I loved the campus, the college and everything about ASU compared to the other schools. ASU was the best fit for me academically and socially.”

Regarding the latter, Boulton said his time at the university taught him how to talk with people, how to communicate effectively and how to make friends and have fun.

“ASU prepared me for real life, the big world and for the Air Force,” Boulton said.

Boulton will be commissioned into the Air Force as a 2nd Lieutenant on Dec. 14, and he starts active duty in April. He spoke to ASU Now before commencement and heading to the Lone Star State where he’ll learn to fly on a T-6 Texan.

Answer: When coming to Arizona State, I started with the major of aerospace engineering because I thought that would help me get a pilot slot in the U.S. Air Force. After learning the Air Force did not care what degree you had but rather your GPA in that major, I decided to switch to something I enjoyed. At first I thought this field was going to be computer science, but after meeting with my adviser, Debrorah Smith, I learned that major was not for me. She asked me a few questions about what I truly liked and she said, "I got it, you would love industrial engineering." I instantly thought to myself, "I do not care about buildings," but she explained it is not at all like that. She told me it is tying your passion for business, finance and math together all in one field. Once I heard that, I was sold and never looked back.

A: While studying here at ASU I learned two main things: Everyone has a different approach to everything that occurs in everyday life, and you need to have fun. I learned both of these lessons throughout my time here at ASU, but they really got set in stone in the spring of 2016. During that semester I was the cadet wing commander for the Air Force unit here at ASU.

During that semester I had the honor to mentor and lead 130 of the best officer candidates the United States could ask for. But during that time, I learned the hard way that every word I said means something different to each person. This lesson made me really think about what I was going to say prior to saying it because I knew people would interpret in so many different ways that I could not imagine. I learned perception is reality.

The next major lesson of having fun was also solidified during the same time frame. The spring semester of 2016 tested me on so many different levels. I was taking 21 or 22 credits, working 10 hours a week at my paid internship, working 10 hours a week at my capstone company, and trying to be the best Cadet Wing Commander I could be. Without using the little free time I had to have fun and blow off steam, I would have had a much tougher semester. On top of that, I realized work and school can be fun and as the cadet wing commander I tried my best to make ROTC a fun experience for all the cadets. I chose ASU because I loved the campus, and it allowed me to work towards my goal of becoming an Air Force pilot.

A: For students, I would tell them to find what they are passionate about and go after it with all you have. The last 4.5 years has not been that rough solely because I have had so much intrinsic motivation to do my best. If you aren't sure the field you are studying isn't your passion, go talk with your adviser and find that field that will give you the intrinsic motivation to succeed.

A: The only places around campus I would hang out were the football stadium or Mill Avenue. Like I said earlier, having fun was a huge portion of my success here at ASU.

A: I would absolutely love to be able to start a business startup/college scholarship charity. I see and read about people who have the drive and passion to either start a business or go to college but are not able to due to financial reasons.