The city of Phoenix has selected its first community poet, appointing ASU lecturer Rosemarie Dombrowski, who welcomed the nod, saying poetry represents a “recognition of the human struggle and a celebration of the human form.”

Dombrowski’s two-year appointment as the city’s ambassador of literacy and art will begin in January, with responsibilities that include giving public readings and composing poems for special occasions.

She also will work on a special project, which likely will focus on education. In the past, Dombrowski has hosted writing workshops for teenaged girls at Changing Hands Bookstore. She said in an interview Tuesday with ASU Now that she hopes to do something similar with elementary school children.

“Poetry is such a wonderful avenue for self-expression,” Dombrowski said, adding, “I hope I can convince people of all ages that it’s a vehicle we can use to express ourselves.”

Rios, Regents’ Professor of English at ASU, said Wednesday that Dombrowski “finds the beautiful no matter what it looks like. This is what a great poet does.”

Stanton, meanwhile, said there is a vital “role arts play in the health and well-being of our community.”

Originally from Kansas, Dombrowski grew up in Missouri and moved to Mesa, Arizona, with her family at 14. After high school, she settled in Phoenix and never looked back.

“I feel like I’ve been a Phoenician my whole life,” she said.

A self-described perpetual writing machine, Dombrowski also serves as an editor for the independent Phoenix-based literary magazine Four Chambers Press; co-founder and host of the Phoenix Poetry Series and Get Lit, two separate monthly gatherings of local poets and artists in downtown Phoenix; and founder and editor-in-chief of the local Rinky Dink Press, which publishes micro-poetry in micro-zine form.

Her love affair with Phoenix began as an undergraduate at ASU when she and fellow classmates would set up card tables in dirt lots near Roosevelt and 7th Street, selling copies of a student literary publication “for two bucks a pop” as downtown was still largely empty and First Fridays starting to grow in popularity.

“I remember when it was dusty and desolate, and I loved it then,” Dombrowski said. “It’s so emotional for me to see the evolution that’s taken place there in the last decade.”

After receiving her doctorate in American Literature from ASU in 2007, Dombrowski said a stroke of “wild luck” resulted in her first post-doc teaching gig at the university’s Downtown Phoenix campus. It was there she helped found the campus’ undergraduate writing journal Write On, Downtown, and has served as its editor-in-chief ever since.

Dombrowski called Phoenix an “omnipresent” influence on her work, both on the page and in her human interactions, something Gail Browne, executive director of the Phoenix Office of Arts and Culture, said the selection panel noticed.

Browne said Dombrowski’s appointment is “a way for our city to articulate who we are through poetry and literature, a way of advocating for the importance of language, literacy, reading and writing.”

Over the past few years, a number of cities throughout the U.S. — including Los Angeles, Houston and Key West, Florida — have appointed poet laureates. “We thought it would be an interesting time for Phoenix to do that as well,” Browne said.

Dombrowski’s writing has appeared in Columbia Review, Anthro/Poetics, Nano, The Review Review and elsewhere. She has received four Pushcart Prize nominations, was a finalist for the Pangea Poetry Prize in 2015 and was nominated for the Best of the Web Anthology in 2016. Her collections include The Book of Emergencies (Five Oaks Press, 2014) and the forthcoming The Philosophy of Unclean Things (Finishing Line Press, 2016).

For this “amazing windfall of happenings” Dombrowski made sure to thank ASU for “the immense opportunities” given to her throughout her education and as a senior lecturer in the College of Integrative Sciences and Arts.

“I’m ecstatic to take on this role as your community poet,” she said. “I hope to do right by the city of Phoenix and everybody who’s interested— and disinterested — in poetry. Because we’re gonna change that!”

In 2012, Dombrowski penned “A Love Letter to Phoenix” for the Huffington Post. You can read it here. 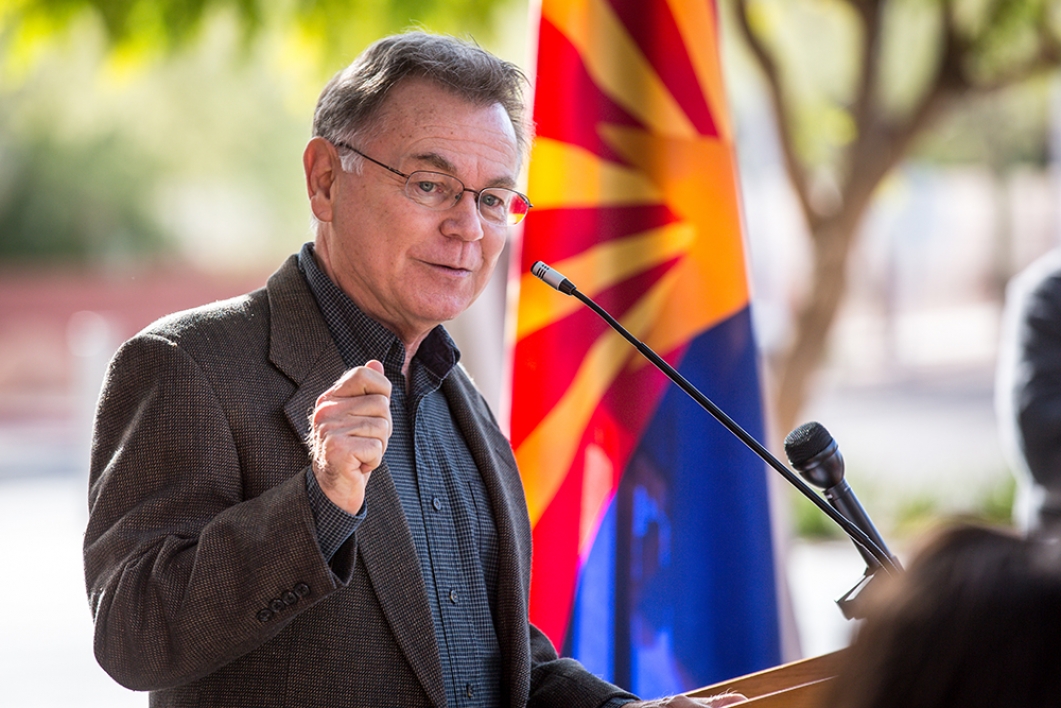 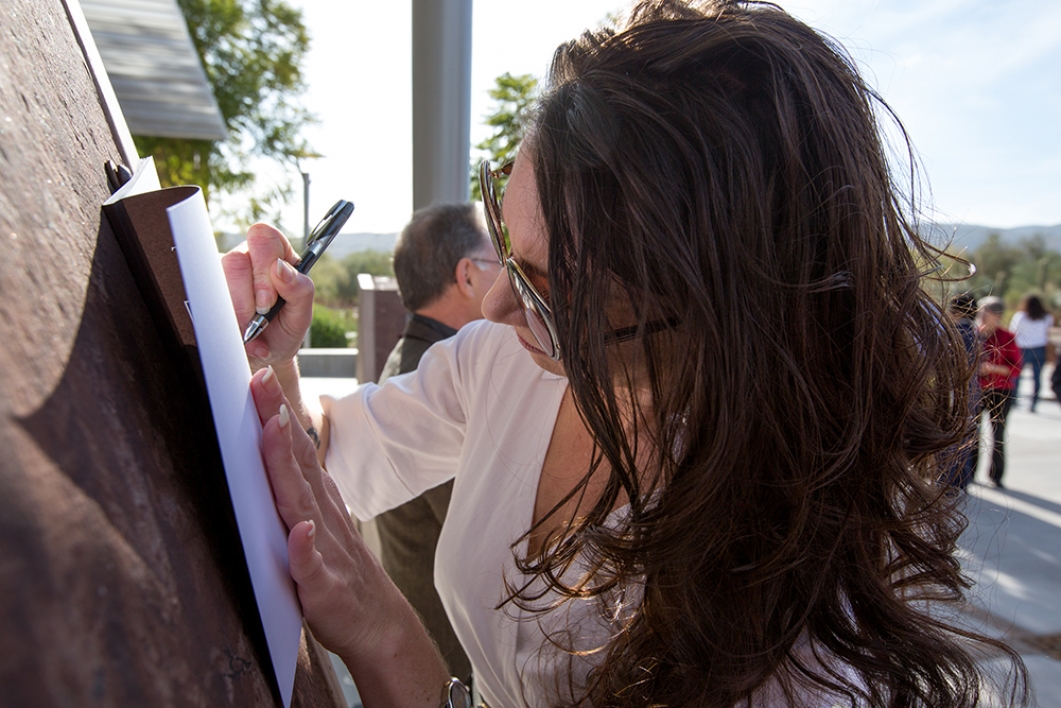 Theatre for youth doctoral candidates Michelle Hill and Elizabeth Schildkret were chosen from a nationally competitive pool to serve as Graduate Student Apprentices at the 25th anniversary of the New Visions/New Voices festival at The John F. Kennedy Center for the Performing Arts in Washington, D.C. earlier this year.The biennial workshop and festival brings together playwrights, directors, drama...

Theatre for youth doctoral candidates Michelle Hill and Elizabeth Schildkret were chosen from a nationally competitive pool to serve as Graduate Student Apprentices at the 25th anniversary of the New Visions/New Voices festival at The John F. Kennedy Center for the Performing Arts in Washington, D.C. earlier this year.

The biennial workshop and festival brings together playwrights, directors, dramaturgs and actors to create new plays and musicals specifically for young audiences. Hill and Schildkret joined a team of four graduate students working alongside Kennedy Center production staff to produce the festival. The graduate students helped produce six staged readings of new plays for young audiences with artists and theatre companies from the United States, as well as nine readings of plays by playwrights from Korea, India and South Africa. 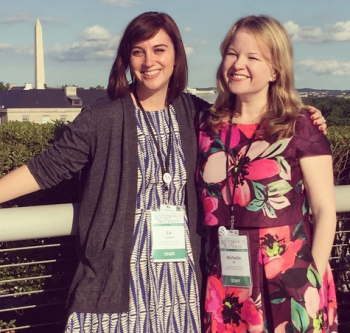