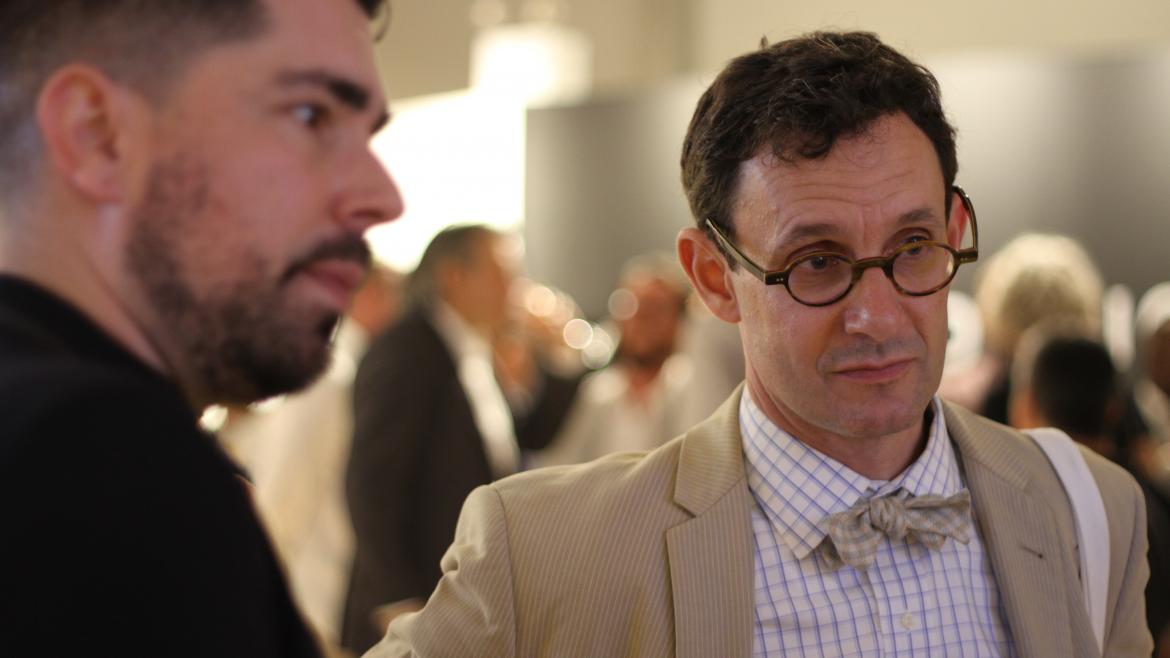 Led by Herberger Institute faculty, a team of ASU students has recently returned from an international conference for designers, architects and developers where they discussed how to hit United Nations goals for prosperity and sustainability.

ASU’s group — including Dean Steven J. Tepper and students from journalism, film and sculpture — presented a series of talks at the Design Miami conference from expert speakers, discussing sustainable design strategies, which are part on the United Nation's landmark Paris Agreement and increasingly important as the world’s urban population grows.

According to a U.N. talking-points paper: “The way in which cities, buildings and shelters are built today is highly unsustainable and needs to change. The decisions made about how these cities are built and how industries grow, thrive and employ will impact generations.”

Design Miami, held alongside the Art Basel international art fair each December, touts itself as “the premier venue for collecting, exhibiting, discussing and creating collectible design.” It features panel discussions, gallery shows, lectures and networking opportunities. Tepper saw it as a key opportunity to introduce the U.N. sustainable development goals, calling on the influencers in attendance to build resilient infrastructure, promote sustainable industrialization and foster innovation.

“Transforming the way in which infrastructure is designed and built — with a focus on low-emission and resilient construction — will require a new level of commitment from designers, architects and developers,” the U.N. talking points read.

The Paris Agreement’s 17 goals to transform the world by 2030, include eliminating poverty, hunger and gender equality while increasing access to  affordable energy, clean water and sanitation, and responsible consumption and production.

According to the U.N., the majority of the world’s population lives in cities today. By 2050, over 65 percent of people are projected to be living in urban areas. The paper said “design infrastructure and industries will determine the future of not only environmental health in these cities, but also the health and safety of the residents who live in these cities.”

Assisting Tepper deliver the message were three ASU faculty and four students, who interned with CNN Style, the official media sponsor of Design Miami. In addition to helping CNN with their coverage of the event, they also produced a 90-second digital video, which will be aired next week on CNN’s website and Facebook page.

Andrew Noble, a graduate 3-D and virtual reality sculpture in ASU’s School of Art, said the video couldn’t be more timely or relevant.

“We have someone entering office who doesn’t necessarily believe in climate change and the environmental impacts currently taking place,” Noble said.

Sustainability, journalism student Jiahui Jia said, can mean much more than impacts to the environment.

“It can be expanded to bigger ideas like gender equality and poverty,” said Jia, a graduate student in the Walter Cronkite School of Journalism and Mass Communication. “It’s good for a journalist to be exposed to a wide variety of experiences. Now I can apply the concepts of sustainability when I do a story.”

For film major Rebecca Wilson, her week in Miami turned out to be a cornucopia of contacts.

“I took the initiative to network and that was a priceless experience,” said Wilson, who is a senior in ASU’s School of Film, Dance and Theater. “I met some pretty amazing designers and architects who are looking forward to hearing from me after I graduate.”

Tepper said the Miami trip produced several good outcomes. He specifically cited the student experience with CNN; a deepening relationship with the senior leadership at the UN and plans to explore partnerships with other foundations around art and sustainability.

President Barack Obama delivered his last planned address on national security Tuesday, summing his approach to counterterrorism and providing his final public recommendations to his successor, Donald Trump.“The most solemn responsibility for any president is keeping the American people safe,” Obama said.As terrorist organizations including the Islamic State group to threaten in the Middle Eas...

“The most solemn responsibility for any president is keeping the American people safe,” Obama said. 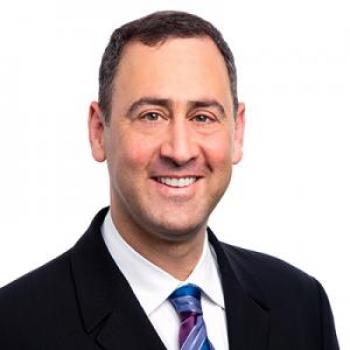 As terrorist organizations including the Islamic State group to threaten in the Middle East, Obama emphasized how he has worked to preserve and bolster U.S. security.

He also made a pitch for “a smart strategy that can be sustained” and uphold our nation’s values in foreign policy.

ASU’s Daniel Rothenberg is co-director of the Center on the Future of War, professor of practice in the School of Politics and Global Studies, the Lincoln Fellow for Ethics and International Human Rights Law and a fellow at New America, a DC-based think tank. From 2004-2010, he designed and managed rule of law projects in Afghanistan and Iraq including programs to train human rights NGOs, support gender justice, and collect and analyze first-person narratives from victims of atrocities.

Here he talks about President Obama’s approach to counterterrorism and what we can expect moving forward under Trump.

Question: In dealing with the complex landscape of counterterrorism today, how have President Obama’s policies held up? What were his successes and challenges, from your viewpoint?

Answer: While it is never easy to evaluate policy on issues as complex as counterterrorism, it is useful to consider the Obama administration’s actions within the context of overall U.S. security and the larger landscape of global conflict.

After 9/11, it was widely assumed that our country would face multiple mass attacks from organized global terrorist groups. This has not happened, although we have faced tragic attacks by generally untrained individuals whose actions are difficult to monitor or prevent.

While we have seen a proliferation of terrorist groups in multiple regions of the world, it would be wrong to see these developments as primarily a function of U.S. policy decisions.

And, while relatively few Americans have been the victims of terrorism, in multiple sites around the world, many thousands have been killed, subjected to terrible abuse and forcibly displaced by terrorist activities, a point worth considering in any review of the past eight years.

Q: James Mattis, tapped for defense secretary under President-elect Trump, was viewed as too hawkish by the Obama administration—what changes can we expect under Mattis?

A: Retired Gen. James Mattis is widely respected within the military and among national security professionals, especially by many of those who openly opposed Donald Trump’s candidacy.

He is known as “Mad Dog” and the “warrior monk” and is famous for an extensive library whose sources he quotes with great specificity and erudition.

If he is confirmed, he is likely to take a hard line on Iran and China, to criticize the sequester, to be disinterested in emerging military policies on women in combat and related issues, and to seek clarity on the goals and mission-based commitments of foreign troop deployments.

He is famously blunt and likely to speak his mind to the president, other members of the Cabinet and political leaders. That said, his greatest challenge may be accepting the slow pace of reform at the Department of Defense and honestly engaging the enormous difficulties of managing such a large bureaucracy.

Q: Could we see boots on the ground in the Middle East in the near future? What might that look like?

A: The term “boots on the ground” is misleading and draws attention away from more substantive questions.

Many in the military and veteran community see the conflation of soldiers as “boots” as dismissive and its use in reference to the Middle East is inaccurate since the U.S. currently has significant forces deployed in theatre (although the exact numbers are not public).

More importantly, focusing on the quantity of U.S. soldiers present in a particular place fails to engage the goals, objectives, commitments and strategic vision of the policies that brought them there.

The question moving forward, then, should not be simply how many troops are deployed, but rather what is the larger purpose of their presence and how does military action fit into a broader, more holistic approach to enabling security which must include significant diplomatic action, economic support and other related policy commitments.

Q: National security is such a complicated and multifaceted problem in this country. What sort of strategies could benefit the new administration?

A: In the post-9/11 era, American policymakers should learn, above all, to limit their sense of hubris.

Hopefully, the experiences of the past fifteen years have encouraged U.S. leaders — including those creating the new administration — to understand and internalize the profound limitations of our government for guiding and managing what occurs abroad.

As powerful as the U.S. may be, the world is a complex place whose political shifts are driven by multiple factors that exist far beyond the capacity of the U.S. to control and direct.

Within this context, it would be productive for the government to conceptualize national security as a multi-faceted issue that extends far beyond the projection of military force abroad and to build on areas of genuine strength with great care, sensitivity and long-term vision.