“We are enthusiastic and grateful for this opportunity to advance our work in interprofessional education and practice,” said Teri Pipe, ASU’s chief well-being officer and dean of the College of Nursing and Health Innovation. “The award from the National Center is a distinct honor and indicates the extraordinary work that is genuinely a shared effort among all of our partners. The award will directly benefit our learners and, ultimately, the health of our communities.” 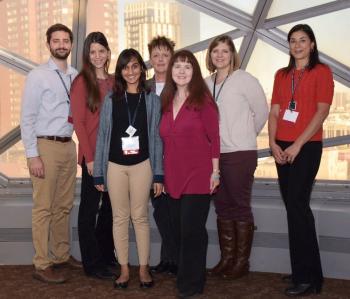 CONHI was selected for its nurse-led initiative, "Interprofessional by Design: Meeting at the Crossroads to Accelerate Leadership Competency and Readiness for Translation to Interprofessional Practice."  Learning and working across professions — interprofessionalism — is a model of research, education and practice that is quickly becoming embedded within CONHI’s curriculum, research projects and in the college’s work with underserved communities, such as the SHOW clinic, a tri-university, student-run community initiative.

“Clinical care has rapidly evolved to become more team-based across professions and has begun to shift from acute-care settings to community settings,” said Barbara Brandt, director of the National Center. “Nurse-led interprofessional partnerships working with individuals and their families in community-based settings will have a significant impact on outcomes and set the stage for continued improvement.”

Each of the 16 project teams selected by the National Center are led by a graduate nursing program and includes one or more professional schools and a community clinical setting. Funded programs also will receive technical assistance and expert, in-person and group consultation and resources from the National Center to accelerate their interprofessional education and collaboration efforts in community settings.

“The collaborative efforts of our partners are essential to preparing our students for successful team-based practice,” said Karen Saewert, CONHI clinical professor, senior director of Academic Innovation, and co-principal investigator of the project team.

CONHI’s partners include ASU’s School of Social Work; the College of Public Service & Community Solutions; the School of Film, Dance and Theatre at the Herberger Institute for Design and the Arts; as well as two new research centers — the WORLD-Institute and the Center for Advancing Interprofessional Practice, Education and Research. Partners also include the Arizona Action Coalition; Northern Arizona University’s College of Health and Human Services; the SHOW clinic; and Crossroads Inc., a licensed substance-abuse treatment provider that is serving as the team’s community partner.

“The men and women who enroll in our programs have the main presenting issue of substance abuse, yet most of our clients need help across the entire spectrum of their lives — from relationships to ongoing physical and mental health issues,” said Lee Pioske, executive director at Crossroads. “This grant allows us to touch more issues in our clients’ lives, which will help to increase their quality of life and success upon reintegration into the community as sober, healthy, self-sufficient individuals.”

The primary goal of the grant-funded program is for health and other professional schools with a history of collaboration to work together with a community partner and the individuals and families it serves to develop innovative, creative and sustainable interprofessional clinical initiatives that accelerate the team’s existing interprofessional education.

“The goals align with ASU’s vision of a New American University, and answers the call for increased education to health professional students in substance abuse/dependence treatment, with a focus on the opioid epidemic, a major public health problem that is receiving national attention and urgent calls for increased federal and state funding,” said Liz Harrell, CONHI assistant clinical professor, director of the SHOW clinic initiative, and principal investigator of the project.

Teams gathered in Minneapolis last week for an immersive Accelerating kickoff institute where they collaborated directly with National Center staff and faculty to leverage current resources and evidence, and create initial work and implementation plans for their projects.

Power outage in the brain may be source of Alzheimer’s

On Nov. 25, 1901, a 51-year-old woman is admitted to a hospital in Frankfurt, Germany, displaying a bizarre constellation of symptoms. Her behavior is erratic. She shows signs of paranoia as well as auditory hallucinations, disorientation and severe memory impairment. Asked to write her own name, she manages “Mrs.,” then lingers over the page, unable to remember the rest. “I have lost myself... 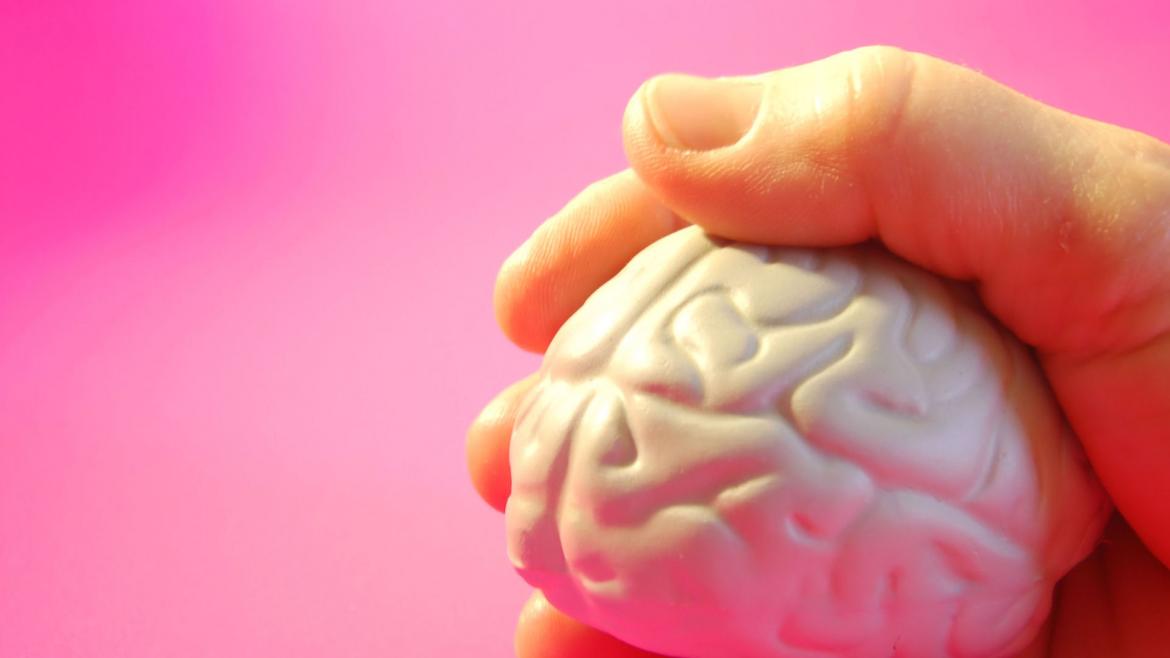 Power outage in the brain may be source of Alzheimer’s

On Nov. 25, 1901, a 51-year-old woman is admitted to a hospital in Frankfurt, Germany, displaying a bizarre constellation of symptoms. Her behavior is erratic. She shows signs of paranoia as well as auditory hallucinations, disorientation and severe memory impairment. Asked to write her own name, she manages “Mrs.,” then lingers over the page, unable to remember the rest. “I have lost myself,” she tells the attending physician.

Over time, she will withdraw into her own inscrutable universe, before dying on April 9, 1906.

The tragic case of Auguste Deter might have vanished into the recesses of medical history, but for the following fact: Her doctor, Alois Alzheimer, made a thorough examination of her medical condition, including her excised brain, discovering the telltale amyloid plaques and neurofibrillary tangles characteristic of her illness. Auguste Deter was the first person diagnosed with Alzheimer’s disease.

Today, society faces an epidemic of Alzheimer’s, with some 5 million afflicted in the U.S. alone. The number is projected to swell to 14 million by midcentury, according to the Centers for Disease Control and Prevention. Of the top 10 leading fatal illnesses, Alzheimer’s remains the only one that cannot be prevented, treated or cured.

In new research appearing in the journal Alzheimer’s and Dementia, Diego Mastroeni, Paul Coleman and their colleagues at the ASU-Banner Neurodegenerative Disease Research Center (NDRC) and the Biodesign Center for Bioenergetics investigate the role of mitochondria in Alzheimer’s disease pathology. Mitochondria act as energy centers for cells and are of central importance in health and disease.

The study builds on earlier work suggesting gene mutations affecting mitochondrial function may be critical in the development — and pitiless progression — of the disease. 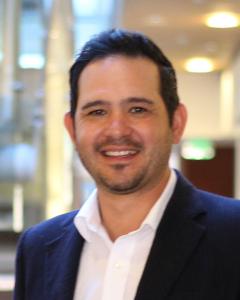 “Age-related neurodegenerative diseases, like Alzheimer’s, progress over a long period of time before they become clinically apparent. The earliest physiological and molecular events are largely unknown,” said Mastroeni. “Findings from our laboratory have uncovered early expression changes in nuclear-encoded, but not mitochondrial-encoded mRNAs occurring in one’s early 30s, giving us a glimpse into what we suspect are some of the earliest cellular changes in the progression of Alzheimer’s disease.”

The study also examines gene expression in subjects whose brains show an intermediate level of illness known as mild cognitive impairment. Here, the opposite effect is observed, with relevant genes exhibiting increased levels of expression. The authors suggest this observation may point to some kind of compensatory mechanism in the brain attempting to stave off the disease in its earlier stages.

Further, the study proposes that restoring a specific set of damaged genes linked to mitochondrial function and located in the nuclear DNA of cells may offer a promising strategy for halting the disease’s advance.

Alzheimer’s — the most common form of dementia — is a progressive, degenerative disease of the brain. While commonly associated with elderly individuals, this devastating illness is now believed to have its origins much earlier, infiltrating the nervous system decades before the onset of clinical symptoms. Indeed, the greatest obstacle to successful treatment of Alzheimer’s is the fact that the disease is typically not recognized until its progress has irreparably ravaged the brain.

The disease often begins with mild memory loss, which may interfere with normal conversation. While advancing age remains the leading risk factor for Alzheimer’s, some individuals are also genetically predisposed. Other risk factors include high cholesterol, heart disease, stroke and high blood pressure. Today, Alzheimer’s is the fifth-leading cause of death in adults 65-85 years old. 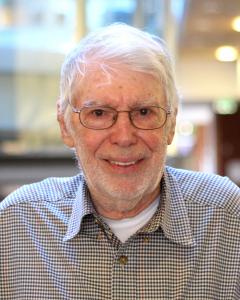 Paul Coleman is a research professor in the ASU-Banner Neurodegenerative Disease Research Center.

Despite the increasingly pronounced effects of dementia, a definitive diagnosis of Alzheimer’s disease usually requires the post-mortem examination of brain tissue and identification of two stereotypic symptoms, known as plaques and tangles. More recently, new imaging technology has enabled researchers to detect these symptoms in living brains, though Coleman is cautious about their interpretation:

Alzheimer’s is believed to account for 60-70 percent of dementia cases. As the disease progresses, symptoms become more severe, including erosion of language ability, physical disorientation and behavioral transformations, often involving the withdrawal from family and society. Over time, bodily functions are lost, ultimately leading to death. Life expectancy for Alzheimer’s patients varies, but three to nine years following diagnosis is typical.

Mitochondria — membrane-bound organelles found in all eukaryotic organisms — are often called the powerhouses of the cell. Through a process known as oxidative phosphorylation, they produce most of the cell’s chemical energy in the form of adenosine triphosphate or ATP.

In addition to supplying cellular energy, mitochondria are involved in cell signaling, cellular differentiation and cell death, as well as in cellular growth and the maintenance of the cell cycle.

Because mitochondria play such an important role in the cell, mitochondrial dysfunction has been implicated in a broad range of illness, including cardiovascular disease, autism, schizophrenia, bipolar disorder, epilepsy, stroke, Lou Gehrig’s disease and diabetes along with forms of dementia including Alzheimer’s.

Unsurprisingly, defects in mitochondrial function more severely affect energy-hungry organ systems in the body, particularly muscles, the GI tract and the brain — an organ making up just 2 percent of a person’s weight while consuming 20 percent of the body’s total energy budget. 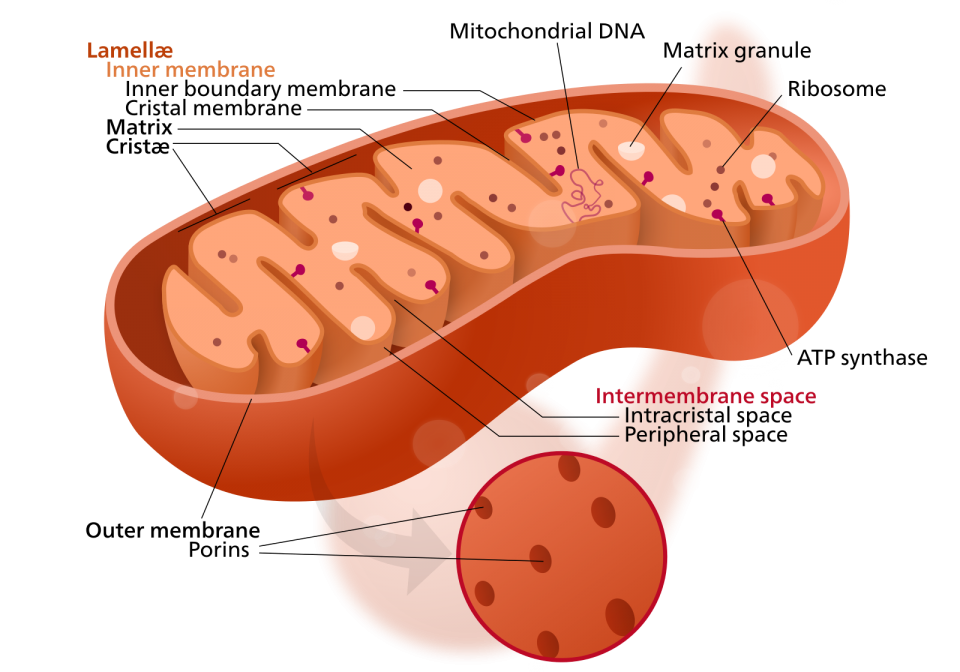 Mitochondria are membrane-bound organelles present in eukaryotic cells. Their essential role is to supply cells with energy in the form of ATP. Mitochondrial dysfunction is implicated in a range of diseases, including Alzheimer's.

Mitochondria are unique among the cell’s organelles, as they possess their own DNA, distinct from the DNA contained within the cell’s nucleus. This strange state of affairs is due to mitochondrial evolution. Mitochondria are descended from free-living bacteria that colonized other cells some 2 billion years ago. After being incorporated into nucleated cells, these endosymbionts, as they are known, lost much of their original machinery, yet retained their own complement of DNA.

The current study examines tissue from the hippocampus, a structure critical for memory and one severely impacted by the advance of Alzheimer’s. Using microarray technology, the authors examined hippocampal tissue from an aging cohort-44 normal brains from 29-99 years of age, 10 with mild cognitive impairment and 18 with Alzheimer’s disease.

Intriguingly, while the mitochondrial genes themselves were largely unaffected, the nuclear genes associated with the OXPHOS complex underwent significant modification, depending on the tissues examined. The microarray data revealed substantial down-regulation of nuclear-encoded OXPHOS genes in Alzheimer’s tissue, a finding also found in normally aging brains.

The same genes, however, were up-regulated in the case of mild cognitive impairment, a precursor to Alzheimer’s disease. The authors suggest this effect may be due to a compensatory mechanism in the brain in response to early pathology.

The findings are consistent with earlier work establishing that accumulations of amyloid beta (Aβ) in neurons, a hallmark of Alzheimer’s, are directly implicated in mitochondrial dysfunction. The pronounced effect on nuclear-encoded but not mitochondrial-encoded OXPHOS genes may point to dysfunctions in the transport of molecules from the cell nucleus to the mitochondria.

“Our work on mitochondria offers the promise of a reliable marker appearing earlier in the course of the disease — one which more closely correlates with the degree of dementia than the current diagnostic of plaques and tangles," Coleman said.

Precise mechanisms of mitochondrial decline in aging and Alzheimer’s have yet to be teased out and will be the focus of continuing research. The study suggests that therapies aimed at restoring function in nuclear-encoded OXPHOS genes may provide an exciting new avenue for treatment of Alzheimer’s.