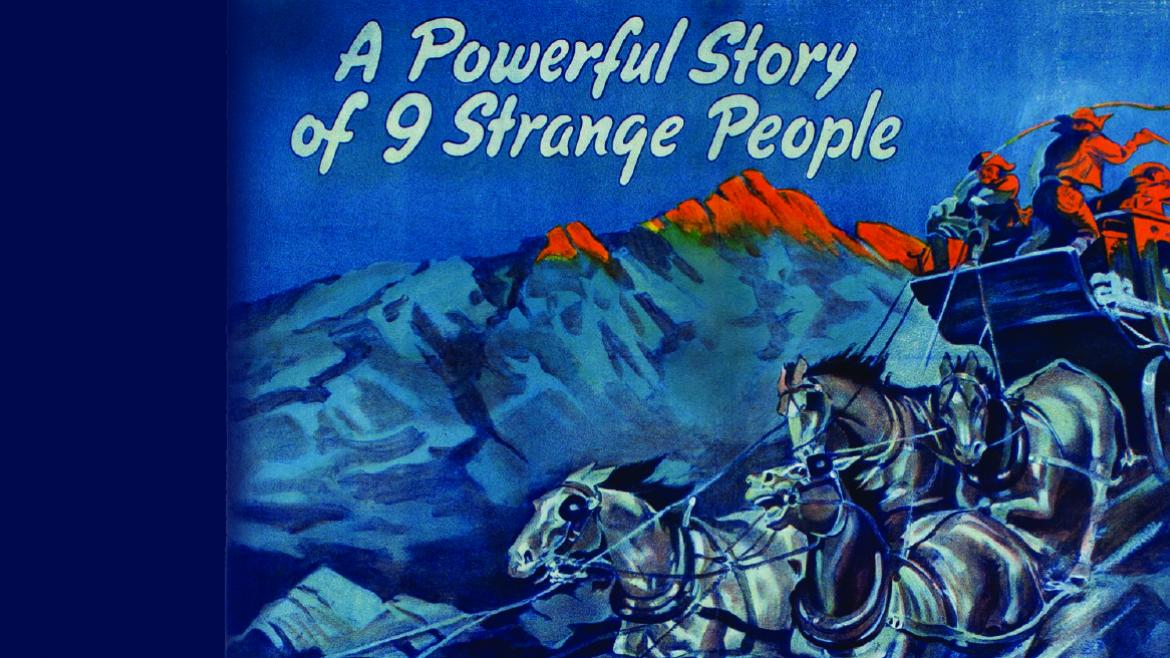 Partnering with Scottsdale’s Museum of the West, university adds posters, press books and movies dating from the early 1900s

In a joint acquisition, ASU has just scored what scholars believe is one of the most comprehensive collections of Western film memorabilia ever gathered.

The posters, lobby cards, film stills, press books and movies dating from the early 1900s put the university and its partner, Scottsdale’s Museum of the West, in position to boost research from several fields and help dispel stereotypes and misconceptions of American Indians.

The $6 million, 5,000-piece collection “cuts across so many disciplines,” said Peter Lehman, a film and media studies professor and director of ASU’s Center for Film, Media and Popular Culture. “I can see film, history and Native American students receiving great benefit.”

Fixico — who is affiliated with the Shawnee, Sac & Fox, Muscogee Creek and Seminole tribes — teaches a film class called “Outlaws, Indians and Ladies of the Wild West” and said that before the advent of Westerns, Native Americans had been marginalized, largely forgotten and nearly wiped out.

“When film came along, we became part of the American narrative again,” Fixico said. “We were sidekicks in the beginning, but in the 1960s and 1970s, we became main characters.”

The museum was to display a tiny fraction of the collection at a private celebration event Thursday evening.

ASU and Scottsdale’s Museum of the West were scheduled to hold a private event Thursday evening, celebrating their educational and community partnership. The museum plans to exhibit selected works next summer, and scholars and researchers will be able to access the collection in fall 2017.

Rennard Strickland, a professor and senior scholar in residence at the University of Oklahoma College of Law, said he started gathering the memorabilia in the early 1970s.

“I can never do anything in a mild way,” he said. “I loved these films growing up.”

Strickland, of Osage and Cherokee heritage, is an expert on Indian law and passed his collection to ASU and the Museum of the West so that it could be used as a teaching tool and resource to faculty, students and scholars.

Western film historian Charlie LeSueur said the collection “outshines any film poster collection out there,” including the Autry Museum of the American West and the Academy of Motion Picture Arts and Sciences, which are both in Los Angeles.

“It’s historically beneficial to what I’m doing, and I know it will help others who study and follow the genre,” said LeSueur, who has written three books on Western films. The items could "answer questions I've had for decades."

Top photo: A 1939 movie poster illustration for "Stagecoach," considered an American Western film classic starring John Wayne and directed by John Ford. This is one of approxmiately 5,000 pieces in the new Rennard Strickland Collection of Western Film History recently acquired by ASU and Scottsdale's Museum of the West. Courtesy of Rennard Strickland.

The Arizona State University School of Molecular Sciences presented the 50th public Eyring lecture: with Nobel laureate Thomas Cech on "The long road to personalized medicine: How mutations activate an 'Immortality Gene' and help drive cancer."Professor Cech was raised and educated in Iowa, earning his bachelor's in chemistry from Grinnell College in 1970. He obtained his doctorate in chemistry f... 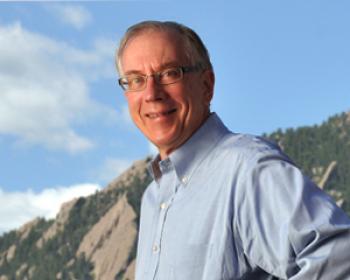 Professor Cech was raised and educated in Iowa, earning his bachelor's in chemistry from Grinnell College in 1970. He obtained his doctorate in chemistry from the University of California, Berkeley, and then engaged in postdoctoral research in the department of biology at the Massachusetts Institute of Technology in Cambridge, Massachusetts.

In 1978 he joined the faculty of the University of Colorado Boulder, where he became a Howard Hughes Medical Institute Investigator in 1988 and Distinguished Professor of Chemistry and Biochemistry in 1990. In 1982 Cech and his research group announced that an RNA molecule from Tetrahymena, a singlecelled pond organism, cut and rejoined chemical bonds in the complete absence of proteins. Thus RNA was not restricted to being a passive carrier of genetic information, but could have an active role in cellular metabolism. This discovery of self-splicing RNA provided the first exception to the long-held belief that biological reactions are always catalyzed by proteins. In addition, it has been heralded as providing a new, plausible scenario for the origin of life; because RNA can be both an information-carrying molecule and a catalyst, perhaps the first self-reproducing system consisted of RNA alone.In January 2000, professor Cech moved to Maryland as president of the Howard Hughes Medical Institute, which is the nation’s largest private biomedical research organization. In addition, HHMI has an $80 million/year grants program that supports science education at all levels (K-12 through medical school) and international research. In April 2009, he returned to full-time research and teaching at the University of Colorado Boulder, where he also directs the BioFrontiers Institute.

Cech's work has been recognized by many national and international awards and prizes, including the Heineken Prize of the Royal Netherlands Academy of Sciences (1988), the Albert Lasker Basic Medical Research Award (1988), the Nobel Prize in Chemistry (1989), and the National Medal of Science (1995). In 1987 Dr. Cech was elected to the U.S. National Academy of Sciences and also awarded a lifetime professorship by the American Cancer Society.