Developed by ASU and Harvard researchers, test is low-cost and could revolutionize field testing

Popular Science named a low-cost Zika virus test developed by researchers from the Wyss Institute for Biologically Inspired Engineering at Harvard University in Boston and Arizona State University a 2016 Best of What’s New award winner in the health category.

Alexander Green, an ASU professor at the Biodesign Center for Molecular design and Biomimetics and the School of Molecular Sciences, helped develop the test, which costs $1 per use. 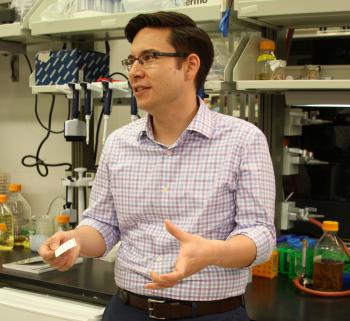 ASU assistant professor Alexander Green speaks in the lab while holding one of the new paper-based diagnostic tests for the Zika virus. Download Full Image

“We’re really honored to have our work recognized by Popular Science,” Green said. “It’s been exciting to see the technology go from concept to a functioning diagnostic this year. Our team at ASU is working hard to perfect these tests and expand their capabilities so that they can help people in need around the world.”

The test uses a small strip of paper imprinted with a testing array, which holds potential for diagnosing a broad range of infectious diseases, including Zika. Existing tools for diagnosing the virus are often cumbersome and prohibitively expensive for widespread use in the field. Most recently, Green and the research team have successfully tested human samples with collaborators in Ecuador.

Each year, the editors of Popular Science review thousands of products in search of the top 100 tech innovations of the year — breakthrough products and technologies that represent a significant leap in their categories. The winners, the Best of What’s New, are included in the much-anticipated November/December issue of Popular Science, the most widely read issue of the year.

“The Best of What’s New awards honor the innovations that share the future,” said Kevin Gray, executive editor of Popular Science. From life-saving technology to incredible space engineering to gadgets that are breathtakingly cool, this is the best of what’s new.

Editor's note: This story is being highlighted in ASU Now's year in review. To read more top stories from 2016, click here.Fear of the Zika virus is spreading as images of afflicted infants fill the news.Hoping to foil Zika’s rapid advance, researchers from the Wyss Institute in Boston, along with colleagues from Arizona State University, have developed a low-cost ($1 per test), practical diag...

ASU researcher discusses what the new Zika test could mean 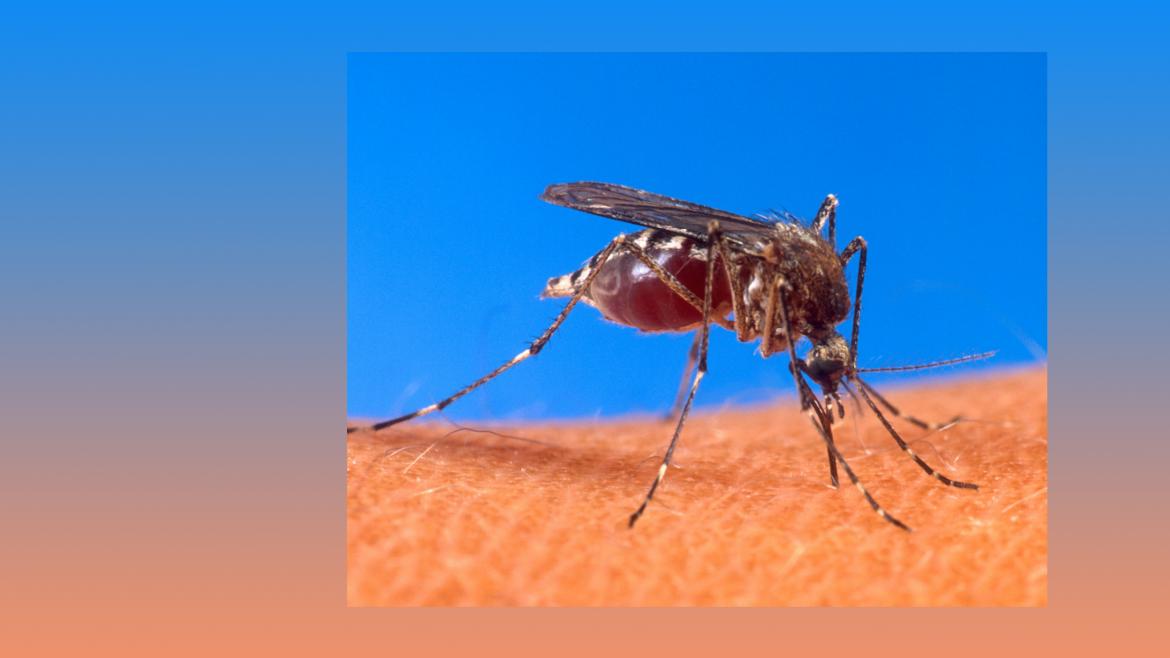 New Zika test is precise, fast, low-cost and easy to administer.
Platform holds the potential for diagnosing a broad range of infectious disease.
A rapid, ubiquitous test for the virus is an essential step in fighting it.
May 6, 2016

Fear of the Zika virus is spreading as images of afflicted infants fill the news.

Hoping to foil Zika’s rapid advance, researchers from the Wyss Institute in Boston, along with colleagues from Arizona State University, have developed a low-cost ($1 per test), practical diagnostic that can be easily administered, even in areas where resources and medical expertise are scarce.

Alexander Green, an ASU professor at the Biodesign Center for Molecular Design and Biomimetics and the School of Molecular Sciences, is a co-author of the new study.

“My lab is focused on developing molecular tools to detect diseases,” he said. “… We can take our tools, put them on pieces of paper in a very stable and low-cost format, and they can be deployed around the world.”

With the recent confirmation by the Centers for Disease Control and Prevention that the virus can cause serious brain abnormalities in infants born to Zika-infected mothers, the previously obscure virus has assumed center stage.

Biodesign researchers and their colleagues report their findings in the advance online issue of the journal Cell. The platform they describe — which uses a small strip of paper imprinted with a testing array — holds the potential for diagnosing a broad range of infectious diseases.

The growing need for accurate diagnosis

Among infectious diseases, Zika is the great deceiver. Unlike its close cousin dengue — which produces symptoms of such excruciating severity it is often referred to as breakbone fever — a Zika infection, delivered through the bite from an infected Aedes aegypti mosquito, often passes without notice. When symptoms do appear, they are typically mild, including fever and joint pain.

For pregnant women who may have been exposed, uncertainty over the fate of their offspring can be a source of acute anxiety. Recent evidence indicates that the disease is also transmissible through sexual intercourse.

Accurate diagnosis of Zika infection is challenging, but critical to public health. With an eventual vaccine against the virus likely years away, a widely available diagnostic test to confirm Zika infection and monitor the geographic range of the disease is an essential step in limiting the rising tide of infections.

ZikaZika is named for a forest in Uganda, where it was accidentally discovered in 1947 by researchers studying yellow fever. Most of the Zika infections at the time were in monkeys, and human infections were mild in nature. It is believed that subsequent mutations of the virus may be responsible for the more serious effects now associated with Zika. was first recognized as a significant public health menace in May 2015, when a sudden spike in cases of microcephaly in newborns occurred around the seaside community of Recife, Brazil. Infants born with microcephaly — a condition that has become a hallmark of Zika infection —  have abnormally shaped heads of reduced size. The affliction is often accompanied by pronounced brain deformities.

It is now believed that more than 2 million people have been infected in Brazil, the leading crest of Zika’s advancing wave, where several thousand cases of microcephaly have been linked with the Zika epidemic. The virus has since spread rapidly through Latin America and the Caribbean.

Aedes mosquitos are present in 30 U.S. states, and the eventual scope of infections remains a matter of conjecture. Of several hundred Zika cases in the U.S.In March, a traveler returning from abroad to Maricopa County brought the first case of Zika to Arizona., none to date have been locally acquired and all are the result of travel outside the U.S.

Although symptoms in those bitten by Zika-carrying mosquitos tend to be mild, the virus has been linked with an otherwise rare, neurological disorder known as Guillain-Barré, which can cause temporary paralysis in patients of all ages. Medical experts worry that the most pronounced effects of Zika, such as microcephaly, may be only the tip of an iceberg of symptoms yet to be detected and properly studied.

Existing tools for diagnosing Zika virus are often cumbersome and prohibitively expensive for widespread use in the field. The recent Brazilian Zika crisis and brisk advance of the virus across the globe have energized the public health community to search for better approaches.

In earlier research, Green and his colleagues demonstrated that a simple, innovative strategy could be applied to detect infectious agents. The technique harnesses some of the machinery used by living cells to carry out precise sensing activities of their environment.

After a small quantity of blood or saliva is collected, RNA is extracted from the sample. It is the specificity of this RNA sequence that essentially acts as the telltale indicator of the pathogen — in this case, the Zika virus. The RNA is then amplified to significantly improve the limits of detection. (Green discusses how the test works in a Q&A here.)

“Typically, if you're infected with a virus, you’ll have very low concentrations in your saliva or bloodstream. By using amplification techniques, we can basically increase the number of RNA signature molecules we can detect,” Green said. Once the RNA has been sufficiently amplified, the sample is applied to a small paper strip, where the actual virus detection is indicated by a color change on an array of spots.

Following amplification, readout on the paper strip can be done in just 30 minutes. The researchers hope refinements to the process will allow the entire test to be carried out in under an hour.

“Initially, we had shown that our sensing technology could be used for detecting RNA molecules from the Ebola virus,” Green said. “The crucial step now is that we’ve been able to use amplification techniques to extend the detection limits of our assay.”

Gaining a toehold on Zika 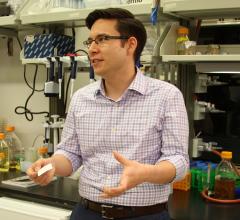 At the heart of this paper-based diagnostic is a carefully engineered structure known as a toehold switch invented by Green (left) and colleagues. This switch is composed of a gene that carries the code to make a particular protein through a process known as translation. During translation from gene to protein, a ribosome moves sequentially along the RNA strand, creating the amino acids that will eventually make up the resulting protein.

The result is the production of a reporter protein that identifies the presence of Zika viral RNA through a color change on the paper strip. The test is highly accurate at identifying Zika, distinguishing the virus from closely related dengue.

A further step, using the breakthrough gene-editing technology known as CRISPR-Cas9, can improve sensing resolution, allowing Zika strains from Africa and the Americas to be distinguished, with accuracy down to single-base changes in the RNA sequences.

Many questions about the cryptic virus remain. Scientists still don't know what proportion of pregnant women will give birth to infants with microcephaly or what co-factors (such as previous exposure to related viruses) may influence the risk of brain abnormalities. It’s still unclear whether exposure to the Zika virus will confer long-lasting immunity. A rapid, ubiquitous test for the virus is an essential step.

Green stresses that the collaborative science undertaken by the five institutions involved in the study allowed researchers to move with remarkable speed, advancing from basic idea to sophisticated prototype and publication of laboratory results in just six weeks.

“I’m very excited about this technology. The end game is to be able to confront health crises no matter where they are in a way that is accessible to everyone on the planet.”