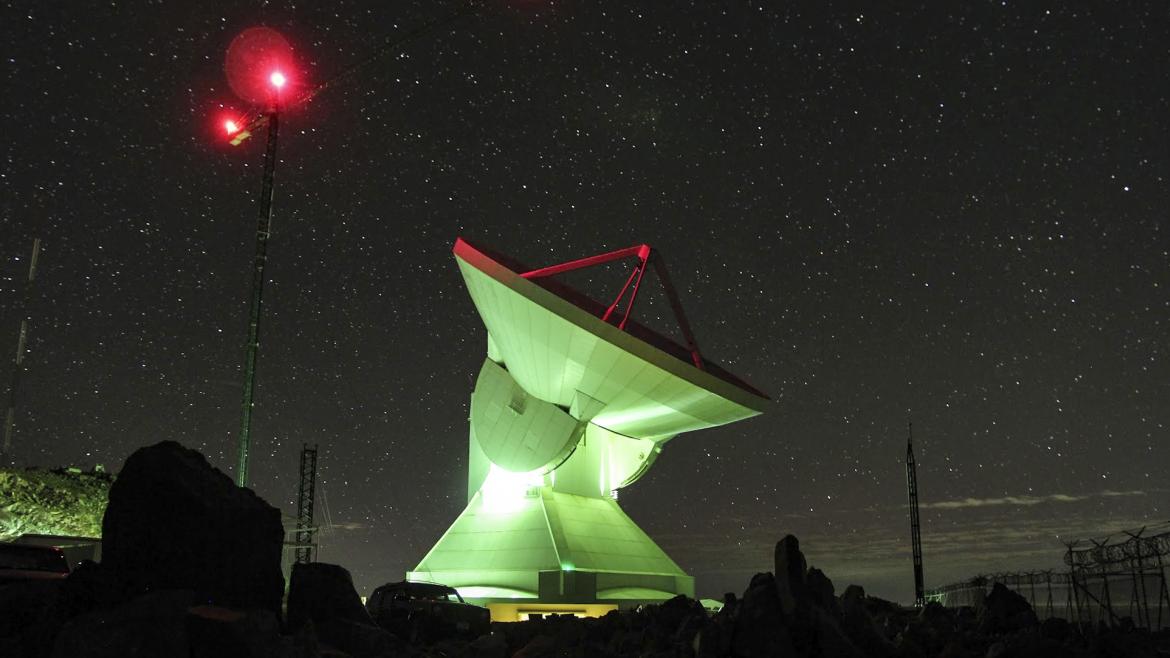 Uniquely sensitive camera, with optics and electronics designed and built at ASU, will probe into giant clouds of interstellar dust

How do stars form deep inside clouds of molecular gas? What's the history of star formation throughout cosmic time? When did the first stars form? And how did they produce the materials necessary for life on Earth?

A group of astronomers at Arizona State University is seeking answers to such questions as part of an international experiment that has been awarded more than $6 million in funding from the National Science Foundation to help build a uniquely sensitive camera, called TolTEC, to probe these mysteries.

"Half the light from stars in the universe is absorbed by clouds of interstellar dust and then re-radiated at long wavelengths invisible to the human eye," said Philip Mauskopf, of Arizona State University's School of Earth and Space Exploration (SESE). "Astronomical observations at these wavelengths can let us see into the cores of stellar nurseries where new stars are forming."

Mauskopf, a professor in SESE, is the leader of the ASU team that will design and construct the optics for the new camera. The team will also develop the electronics for producing images from the instrument's superconducting detectors.

The new camera will be attached to a giant telescope in Mexico. On top of the 15,000-foot Sierra Negra in the state of Puebla sits the Large Millimeter Telescope (pictured above), with a 50-meter (164-foot) diameter main mirror.

It is the largest telescope in the world designed to operate at a wavelength of 1 millimeter, ideal for making detailed study of the dusty universe. The construction of this telescope, with contributions from the University of Massachusetts, has been the biggest scientific project in the history of Mexico.

Over the next three years, an international consortium, led by UMass, will build the golf-cart-size TolTEC cryogenic camera for the Large Millimeter Telescope. It will survey the universe, imaging radiation from dust at millimeter-wavelengths across large areas of sky.

The astronomers expect these images will reveal millions of previously unknown galaxies that are invisible to standard optical telescopes due to their large dust content.

"Over the last decade, smaller cameras and telescopes have discovered thousands of these galaxies," Mauskopf said. "This new project will allow a complete census of dusty galaxies in the universe and enable us to truly begin to understand their properties." 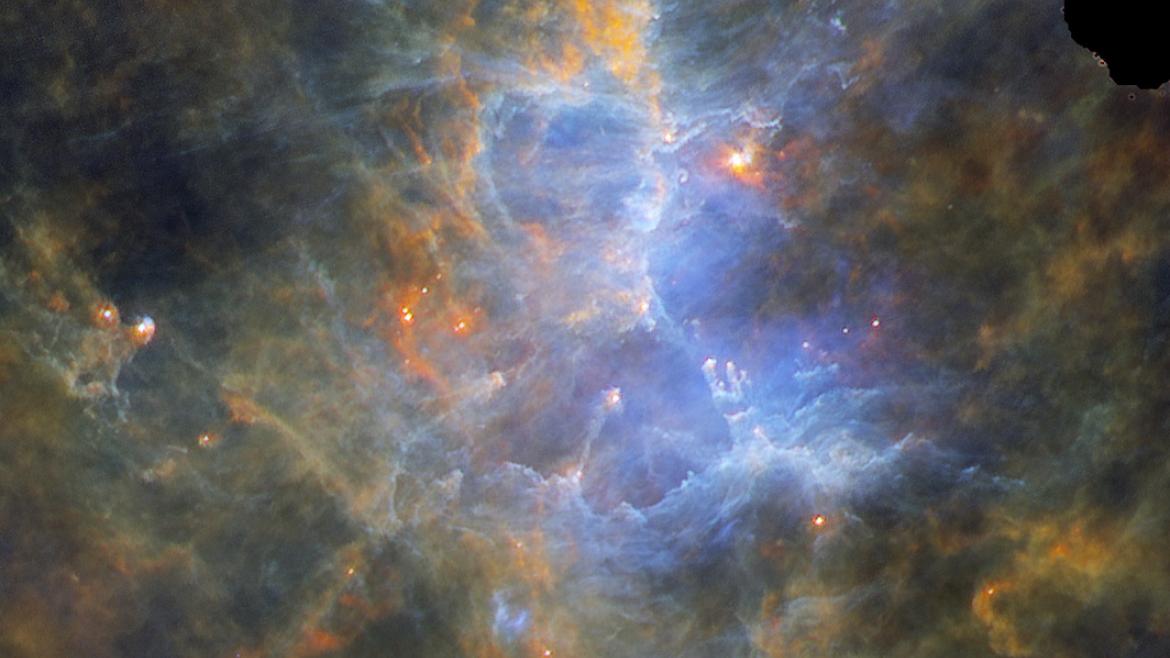 Because of interstellar dust, star-forming regions such as the Eagle Nebula (M16) show relatively little when observed in visible light. This infrared view by the Herschel Space Observatory shows star formation activity inside the giant cloud of dusty gas. But the new TolTEC camera (with ASU optics and electronics) will produce views of stellar nurseries like this with finer detail.

"To get the best images, we have to supercool the optics and the superconducting detectors," Mauskopf said. "While developing this kind of superconducting technology can be difficult, the detectors and readout electronics we are using for TolTEC are very similar to ones we have already developed for use on balloon-borne telescopes at shorter wavelengths."

Once the TolTEC camera is completed, it will be mounted on the Large Millimeter Telescope and begin a two-year program of three large sky surveys covering hundreds of square degrees. These surveys will target regions where there are known dust clouds in our own galaxy. They will also target regions where there is relatively little local dust so that more distant objects are visible for comparison with deep optical images containing large numbers of galaxies.

Observations that require today’s telescopes five years to complete will be done in a little more than a week with TolTEC.

"It’s hard to grasp the increased capabilities of the new instrument," said Grant Wilson of UMass, principal investigator for TolTEC. "The combination of the new camera and the LMT requires a new outlook on what types of investigations are possible."

The data from TolTEC will enable cosmologists, such as SESE's Evan Scannapieco, to trace the mysterious mechanism that is shutting off star formation in giant galaxies. It will also help astronomers including SESE's Judd Bowman, Rogier Windhorst, James Rhoads and Sangeeta Malhotra, who are using other methods to directly observe the oldest and most distant galaxies responsible for the re-ionization of the hydrogen gas in the early universe.

"Designing and building this camera will be a wonderful hands-on opportunity for SESE students and researchers," Mauskopf said. "And the end result will be a powerful new tool for studying the universe."

Top photo: Researchers and students at the School of Earth and Space Exploration will design and build the optics and electronics for a new, highly sensitive camera, dubbed TolTEC, for the Large Millimeter Telescope in Mexico. The camera will enable astronomers to observe deep inside galactic clouds of obscuring dust in regions of space where stars are being born. It will also help cosmologists trace the evolution of galaxies in the early universe. Image by LMT/James Lowenthal

@SunDevilVB Falls In Three Sets To No. 18 Cougars

@SunDevilVB Falls In Three Sets To No. 18 Cougars