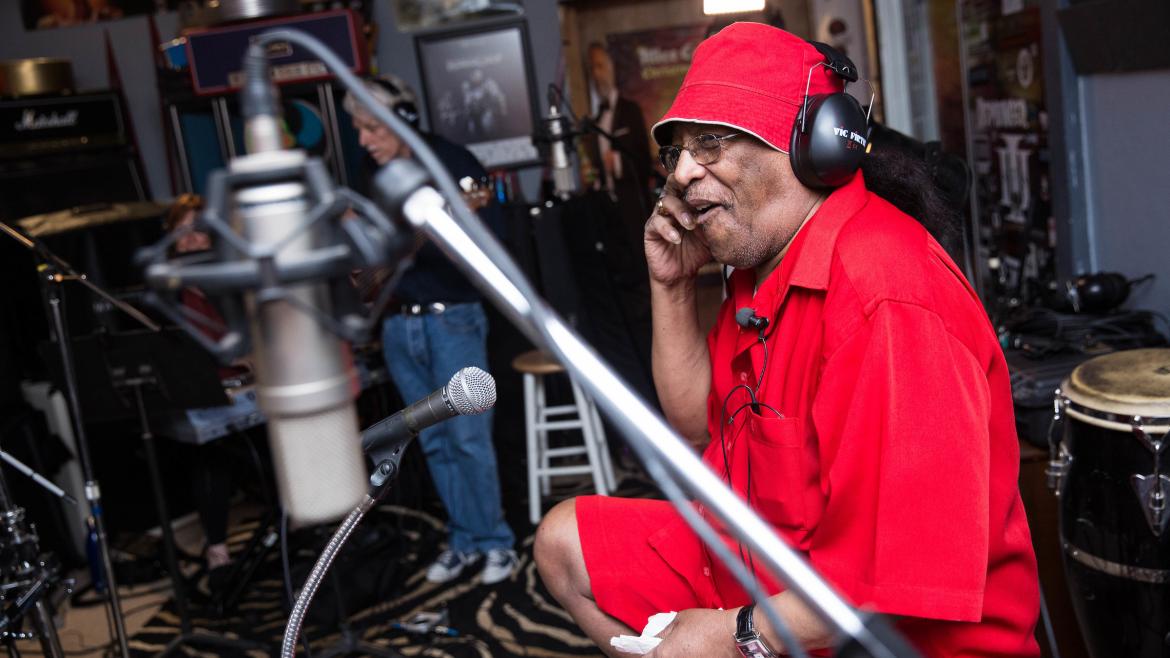 Bobby Taylor closes his eyes and remembers the night he discovered Michael Jackson.

It was at Chicago’s Regal Theater, July 1968. The Jackson 5 — sharing the bill with Taylor and his group, the Vancouvers — sang only two songs, but that’s all it took.

“Michael was up there singing his heart out, spinning around like James Brown,” Taylor said. “He was probably 8 at the time, but he was fully developed as a professional singer. I’ve never seen anything like him before or since.”

Taylor will recount that story and others in a community conversation about his life and music when ASU’s Project Humanities hosts “An Evening with Bobby Taylor” at 7 p.m. Thursday, Oct. 20, at the ASU Memorial Union. It coincides with a trip that will allow the 82-year-old Taylor to produce “Humanity,” a musical plea for tolerance, peace, empathy and creativity.

“Humanity” was written and initially performed by the late Dick Wagner — known for collaborations with Alice Cooper, Aerosmith, Kiss and Lou Reed.

“We are extremely fortunate and excited to have Mr. Bobby Taylor, a true music icon, celebrate our shared humanity,” said Neal Lester, founding director of ASU’s Project Humanities and Foundation Professor of English. “We are now able to compete the work begun by Dick Wagner.” 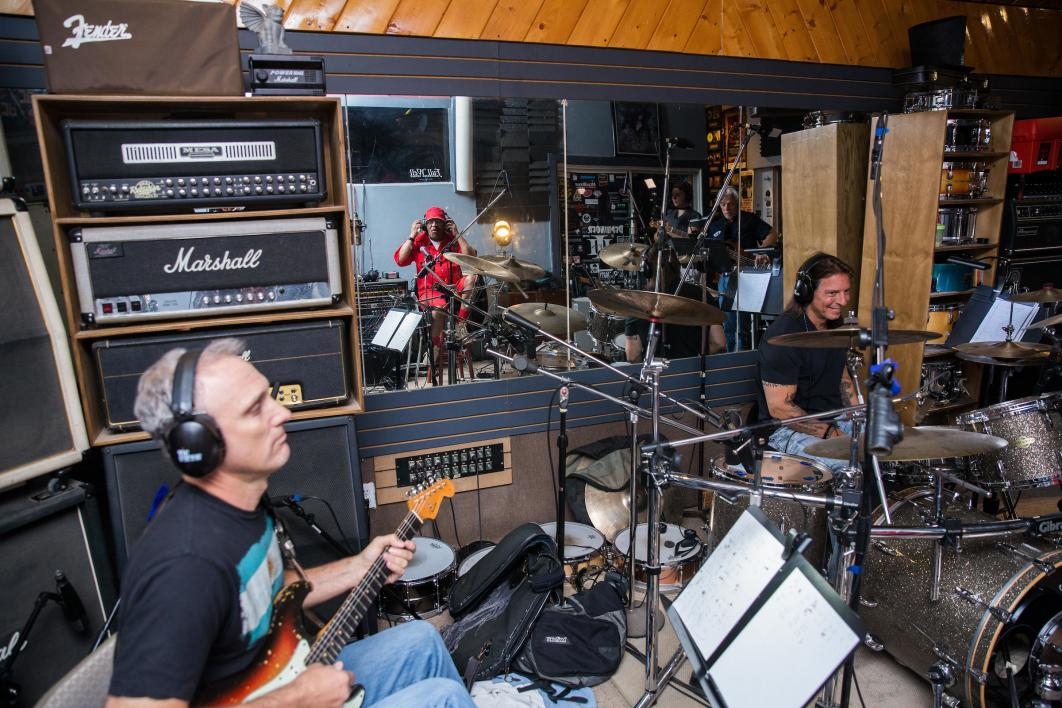 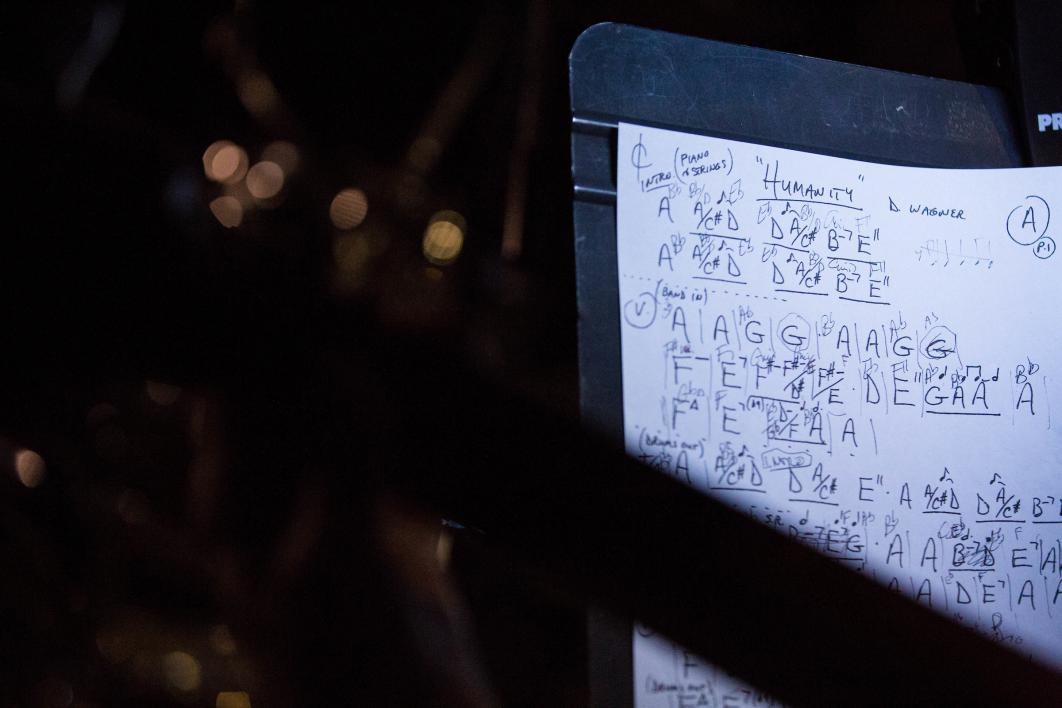 Music notes from "Humanity," written by Dick Wagner and produced by Bobby Taylor. Producer Bobby Taylor has stepped in to finish "Humanity," a song written by the "Maestro of Rock," Dick Wagner. Taylor has traveled from his home in Hong Kong to Arizona to compete the project. 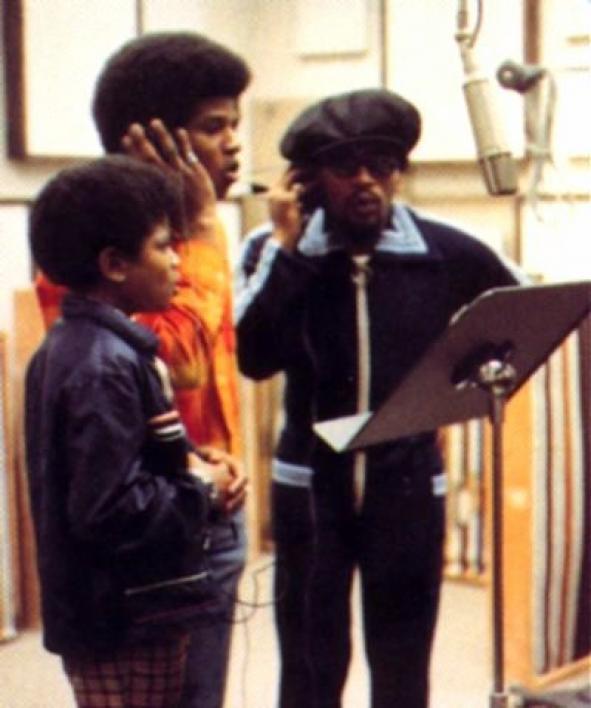 Bobby Taylor discovered the Jackson 5 at a Chicago theater in 1968. He led them to Motown Records and got them an audition with Berry Gordy, who signed them on the spot. 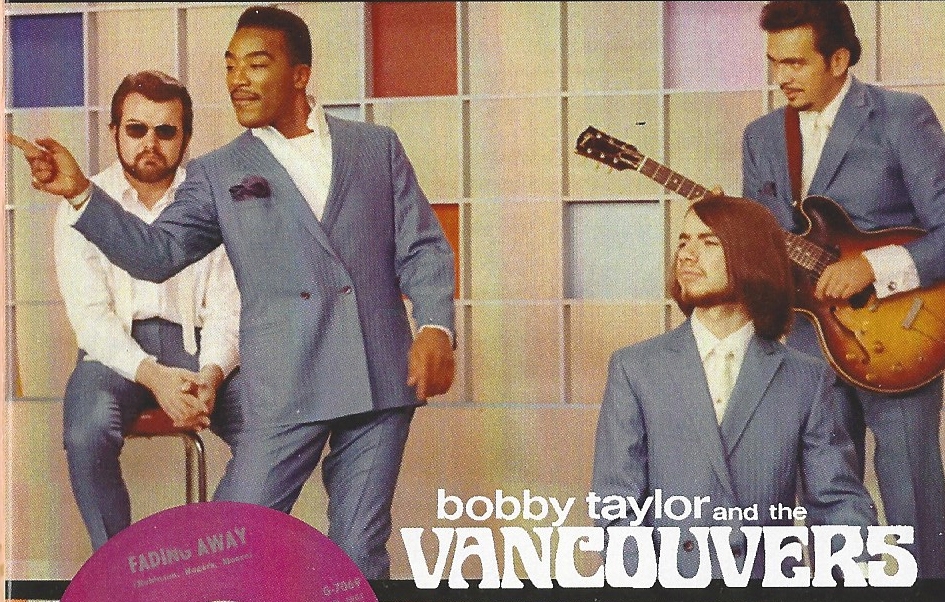 Group photo of Bobby Taylor and the Vancouvers, a Canadian band that charted a handful of soul and R&B songs in the 1960s. The guitar player on the right is Tommy Chong of Cheech & Chong.

The project started a few years ago when Lester sought to commission a song that could promote the power of music as a way of bringing people together. Wagner wrote and recorded a demo shortly after meeting Lester for lunch in spring 2014. But the man known as "the Maestro of Rock" died months later after years of declining health, and the song went unfinished.

For his part, Lester wouldn’t give up on the work. At the insistence of Wagner's manager, Susan Michelson, Lester reached out to Taylor, who agreed to produce the song — even if it meant he would have to travel from Hong Kong, where he has lived for the past decade. An honorarium by the Puffin West Foundation helped make it happen.

“The man could write,” Taylor said of Wagner. “He was a genius, and it is my honor to do this for him.”

Aside from discovering the boy who would grow up to become the King of Pop, Taylor has worked with Jimi Hendrix, the Supremes, Marvin Gaye, the Four Tops, the Temptations and the Drifters. He also fronted Bobby Taylor and the Vancouvers, a Canadian band that charted a handful of soul and R&B songs.

This week, Taylor will lead a group of about 20 singers and musicians — including three members of ASU’s Gospel Choir — at an unassuming studio in Phoenix to record “Humanity.”

Taylor hopes to hone Wagner's work, in a way that's similar to how he honed the Jackson 5.

After their 1968 show in Chicago, Taylor packed the young artists and their father, Joe, into his car and drove them to his Detroit home.

They lived with Taylor for several weeks while he rehearsed them for an audition for Motown founder Berry Gordy, who was initially resistant to the idea. “I ain’t signing no kids,” Taylor recalled Gordy telling him.

Once Gordy saw the Jackson 5, he changed his mind. The rest is history.

Taylor became the Jackson 5’s main producer and songwriter. Their partnership yielded hits including ”I Want You Back/ABC,” “The Love You Save,” “I’ll Be There,” “Rockin’ Robin” and Jackson’s 1972 solo “Ben.”

As for “Humanity,” Lester hopes to debut it soon. “Stay tuned,” he said. “There will be a reveal in the spring."

To RSVP or register for "An Evening with Bobby Taylor," go here. Admission is free and open to the public.

Hillary Clinton now holds a 5-point lead over Donald Trump in the presidential race for Arizona’s 11 electoral votes, with many still undecided, according to the latest statewide poll released today by The Arizona Republic and Arizona State University. In addition, Sen. John McCain, campaigning for his sixth term in the Senate, holds a substantial lead over Democratic challenger Ann Kirkpatrick....

Hillary Clinton now holds a 5-point lead over Donald Trump in the presidential race for Arizona’s 11 electoral votes, with many still undecided, according to the latest statewide poll released today by The Arizona Republic and Arizona State University. In addition, Sen. John McCain, campaigning for his sixth term in the Senate, holds a substantial lead over Democratic challenger Ann Kirkpatrick.

The poll — a joint project between The Arizona Republic and ASU’s Morrison Institute for Public Policy and Cronkite News, the news division of Arizona PBS — shows Clinton, the Democratic nominee, leading Trump 39 to 33.9 percent among likely voters, with a margin of error of plus or minus 4.3 percentage points.

The Arizona Republic/Morrison/Cronkite News Poll has 20.7 percent of the state still undecided and Libertarian nominee Gary Johnson at 5.9 percent and Green Party nominee Jill Stein at 0.5 percent. When undecided voters were asked which candidate they were leaning toward, the total numbers changed to Clinton at 43.3 percent, Trump at 37.8, Johnson at 6.5, Stein at 4.3 and 8.1 percent still undecided. That question had a margin of error of plus or minus 4 percentage points.

This is the second poll to be released by The Arizona Republic and ASU in the past six weeks. The first showed Clinton leading Trump, 35.1 to 33.5 percent (+/‐ 3.3).

“Even as core supporters of either Trump or Clinton remain firmly in place, the poll shows movement that is keeping Arizona in play,” said Thom Reilly, director of Morrison Institute for Public Policy at ASU. “Both undecideds as well as those abandoning Johnson and Stein appear to be breaking toward Clinton. The question is whether Arizona's electorate could be shifting or whether we are just witnessing the results of this unique campaign.”

The most recent poll also looked at President Barack Obama’s favorability. A majority of registered voters, 55.5 percent, saw the outgoing president as either “very favorable” or “favorable.”

The new poll also looks at the U.S. Senate race in Arizona between Democratic challenger Rep. Ann Kirkpatrick and Republican incumbent Sen. John McCain. The poll showed McCain leading Kirkpatrick by 11 points among registered voters, 51.5 to 40 percent, with 8.5 percent planning to vote for someone else (+/‐ 3.7).

The Arizona Republic/Morrison/Cronkite News Poll, conducted Oct. 10-15, 2016, was based on research findings from 1,179 telephone interviews in English and Spanish with Arizona registered voters. The poll team contracted with Behavior Research Center to collect the data. The average number of valid responses to the questions was 811. The response rate for complete interviews was 69 percent.

“Most national polls will ask everyone questions, not just registered voters,” said Eric C. Hedberg, senior research fellow for the Morrison Institute for Public Policy. “We know a lot of people over-estimate their registration status. Using only a registered-voter list for our poll cut down on that error.”

The complete Arizona Republic/Morrison/Cronkite News Poll and coverage from The Arizona Republic can be found at http://www.azcentral.com/politics/ and Cronkite News at https://cronkitenews.azpbs.org/2016/10/19/october-2016-poll-data. The methodology report can be found at https://cronkitenews.azpbs.org/2016/10/19/october-2016-poll-methodology.