Extinction and other inconvenient truths

About three weeks ago, Toughie died.

He was the last Rabbs’ fringe-limbed tree frog on Earth. If you’re not familiar with the species, it may be because it was only discovered in 2005.

That was the year a deadly fungus swept across central Panama. A group of researchers went there to collect as many live animals as possible.

“It was likened to just rescuing things from a burning house,” one scientist told National Geographic.

The chytrid fungus, which is linked to climate change, wiped out at least 30 frog species, some of which, like Toughie (pictured above), had only just been discovered. 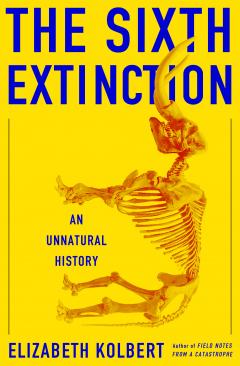 The Origins Project at ASU will host “Inconvenient Truths — From Love to Extinctions” at 7 p.m. Wednesday, Oct. 19, at the Orpheum Theatre in Phoenix. Kolbert will also appear at an ASU event Thursday, Oct. 20, in Tempe; find details at the end of this story.

Extinction is a natural phenomenon, occurring at a natural “background” rate of about one to five species per year. Scientists estimate we're now losing species at 1,000 to 10,000 times the background rate, with literally dozens going extinct every day.

Kolbert, one of the first journalists to write extensively about climate change, began writing “The Sixth Extinction” when she was investigating the disappearance of amphibians around the world and discovered how many other species are rapidly becoming lost.

The world is becoming a much poorer place, Kolbert said.

“It already is, for the lack of the Rabbs’ fringe-limbed tree frog,” she said. “It’s still a poorer place. If you think of every species as a repository of genetic information, it’s a library. It’s a product of a long evolutionary history with a unique history of surviving. It’s like you’re going through a library, burning things up.”

“Extinction rates are extremely high,” Kolbert said. “I always like to tell people that if you know of one species going extinct in your lifetime, that’s a lot.” 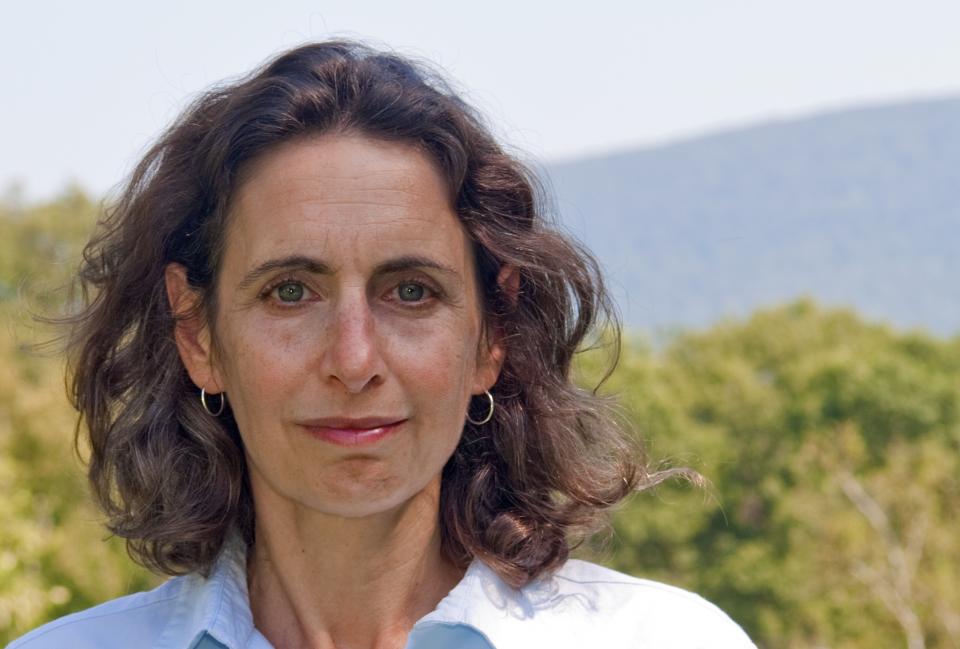 Pulitzer Prize-winning author Elizabeth Kolbert, who will speak at two ASU events, wants to emphase what is being lost with extinction. “I do think it’s easy to get into a very big picture, but I think it’s also important to focus on the specifics," she said. Photo by Nicholas Whitman

One species that almost went extinct was us. For 16 years MareanMarean is the associate director of ASU’s Institute of Human Origins and a Foundation Professor of archaeology in the School of Human Evolution and Social Change in the College of Liberal Arts and Sciences. has been studying a group of caves on the southern coast of South Africa where the last remnants of homo sapiens waited out an ice age 170,000 to 40,000 years ago.

Marean thinks the most consequential extinction event occurred about 40,000 to 45,000 years ago.

Imagine a world with three or four species of humans. There’s no reason why that couldn’t have happened, Marean pointed out. So why didn’t it? Cooperation.

“I think the archaeological record we’re developing at Pinnacle Point (in South Africa) and its relationship to some of the theoretical arguments we’ve made shows that the reason we have one species is because humans evolved special characteristics,” he said.

“One of those special characteristics would be the ability to cooperate with other individuals, which makes us extremely effective at war and predation. The reason we don’t have any other species of humans is because we annihilated them. The Pinnacle Point record is a paleoanthropological record right at the origin point of our lineage. It allows us to peer back into the past to see what their behaviors were like.”

Efforts are undergoing to save some species, and there are some success stories. Bald eagles and osprey are recovering in the northeast. Species like black-footed ferrets and California condors that were in the double digits are on the rebound.

“They’re not out of the woods, but their numbers are up,” Kolbert said. “There are plenty of success stories, but those are unfortunately playing out again a backdrop of so many pieces either on the brink or over the brink.”

And, she added, there are only so many of those opportunities.

“I think what I do want to emphasize is what is being lost here,” she said. “I do think it’s easy to get into a very big picture, but I think it’s also important to focus on the specifics, like our friend Toughie.” 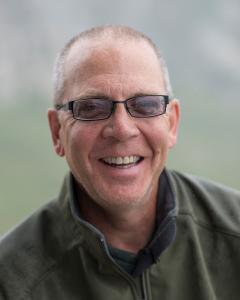 Without Toughie and the thousands of other creatures at risk, it’s going to be a less rich world in terms of the kind of nature we can experience, Marean said. He feels it almost seems inevitable with population growth that it’s going to be increasingly difficult to connect with nature.

“I think what we’ll have left is a very depauperate sample of what nature used to be like,” he said. “That’s sad, I think. There’s lots of things we can learn from animals that are going extinct, in terms of science. That’s knowledge we’ll never have access to. There’s low-level impacts. Whether there are high-level impacts, in terms of humans and their ability to survive, I don’t know. For me, being a lover of animals and the outdoors, what’s taking place is horrifying.”

KraussKrauss is a professor in ASU’s School of Earth and Space Exploration and is part of the Department of Physics in the College of Liberal Arts and Sciences. He is director of the Origins Project, a university initiative created to explore humankind's most fundamental questions about our origins. pointed out a milestone that happened earlier this month. The top carbon dioxide monitoring station on Earth — at Mauna Loa in Hawaii — recorded levels past 400 parts per million. It’s not the first time that mark has been hit, but scientists said it’s likely to stay that way “for the indefinite future.”

“There’s no doubt that we are in the era of the Anthropocene,” he said. “We don’t know what’s going to happen in the future. ... The point of science is that we know that there are causes — biology and the climate and the ecosystems are incredibly complex — and we’re initiating something drastic.

“Fortune favors the prepared mind. We owe it to ourselves to at least be prepared.”

To a cosmologist, the certainty of the Earth dying is without doubt. Like animals, planets die. But as the Grand Play continues, will it be on a world barren of lions, elephants and Rabbs’ fringe-limbed tree frogs?

“We are on a precipice,” Krauss said. “While humans themselves may not become extinct, our future and the future of civilization could be far worse if we don’t act now.”

Krauss promised the perfect combination of people to make for a remarkable evening.

“Elizabeth Kolbert’s journalism began with in-depth profiles of individuals like Rudy Giuliani and Hillary Clinton — both highly relevant to the current moment — and then she moved on to spearhead the discussion of the impacts of humans on our environment and our future, culminating in her Pulitzer Prize-winning book, ‘The Sixth Extinction,’” he said.

“Meanwhile, our own Curtis Marean has explored a group of early humans from whom all modern humans likely descended, and whose numbers dwindled at one point to less than 500, on the cusp of extinction. ... Finally, Michael Shermer as a writer and columnist has led the effort to ensure that we view reality as it really is, not as we wish it were, which will be necessary to deal with the global challenges of the 21st century.”

What: Kolbert will present from "The Sixth Extinction: An Unnatural History" as part of the Imagination and Climate Futures Initiative, an interdisciplinary partnership between the Virginia G. Piper Center for Creative Writing, the Center for Science and the Imagination and the Walton Sustainability Solutions Initiatives that explores how imagination, storytelling and the arts can merge with scientific inquiry to shape humanity’s response to climate change and create global solutions for the future.

Where: Tempe Center for the Arts, 700 W. Rio Salado Parkway.

Details: A brief reception and book signing will follow the event. Find more information at the ASU Events listing, including how to RSVP.

All performances, dates, times and prices are subject to change without notice.

WATCH and get ready for kickoff as the Sun Devils prepare for another important Pac-12 South matchup in Boulder! ... WATCH and get ready for kickoff as the Sun Devils prepare for another important Pac-12 South matchup in Boulder!