Author to discuss "The Emotional Logic of Capitalism" at ASU event

Modern critiques of capitalism accuse it of being a relentlessly rational structure that disrupts social bonds through its imposed utilitarianism. However, what if capitalism is not a cold monster, but is in fact a form of secular spirituality, deeply intertwined within emotional networks?

Martijn Konings, a senior lecturer in the Department of Political Economy at the University of Sydney, makes such an argument in his new book "The Emotional Logic of Capitalism: What Progressives Have Missed." 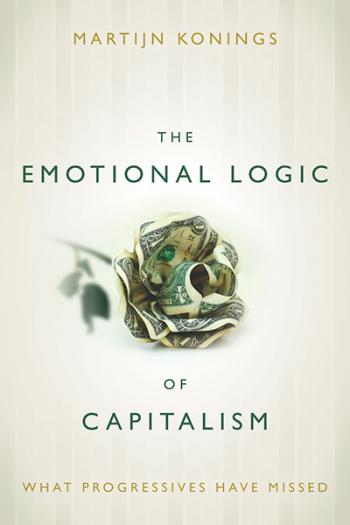 At 4:30 p.m. Oct. 18, Konings will give a book talk during the Institute for Humanities Research (IHR) Humanities Faculty Authors Reception in Hayden Library on the Tempe campus.

Konings, a political economist, moves beyond traditional Marxist critiques of capitalism by employing humanistic scholarship, drawing on the works of theorists such as Bruno Latour, Giorgio Agamben, Michel Foucault and Judith Butler. By applying humanistic perspectives, he is able to challenge the traditional perception of capitalism as a rational monster, devoid of emotion or social roots, and instead reveals its deep emotional and theological underpinnings.

Paul Carrese thinks there’s an important concept missing from our current political lexicon: statesmanship.It’s kind of an old-fashioned word, especially with something of a decline in statesmanlike examples in our hyper-partisan political environment and with the word’s implicit exclusion of stateswomen.But there is something important there that Carrese wants to rehabilitate.“In public a...

It’s kind of an old-fashioned word, especially with something of a decline in statesmanlike examples in our hyper-partisan political environment and with the word’s implicit exclusion of stateswomen. 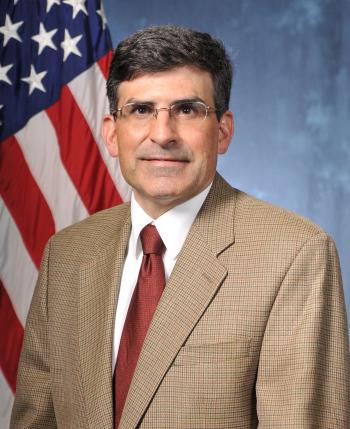 Paul Carrese wants to bring back the concept of statesmanship in American education, in the hopes of correcting what he sees as "great discontent and anger and polarization" in the country.

But there is something important there that Carrese wants to rehabilitate.

“In public affairs, I do think it would be helpful to bring back that old term and debate it,” Carrese said. “Why was that always held up as a term of honor and distinction?”

Carrese is well-positioned to consider statesmanship and all that it can mean. He is Arizona State University’s new director of the forthcoming School of Civic and Economic Thought and Leadership, which will launch as a stand-alone academic entity within the College of Liberal Arts and Sciences in fall 2017.

One of Carrese’s goals for the new school is not only to create an environment for vigorous debate of topics in politics and civil society, but hopefully to develop some much-needed statesmen and stateswomen in the process.

So who exemplifies the virtues of statesmanship? Carrese notes that George Washington and Abraham Lincoln set an American standard, and says that more recent examples may include Ronald Reagan and former New York Sen. Daniel Patrick Moynihan, who also served as an ambassador and worked in several presidential administrations. There are also international figures like Margaret Thatcher, the prime minister of the United Kingdom during the 1980s, and Golda Meir, Israel’s prime minister from 1969 to 1974.

These are “men and women who are clearly a cut above in their commitment to service before self,” Carrese said. “It’s not that they’re not ambitious for greatness and distinction, but they’re committed to a larger set of principles, liberal democratic principles, in [the United States’] case.”

(When he refers to democratic principles, Carrese means democratic with a small ‘d’ — principles without preference for political party.)

Carrese himself could be considered something of a statesman. Not because of any political office he has held, but because of a dedication to the ideals of political thought, philosophy and debate that he has brought to his 19 years of service as a civilian professor at the U.S. Air Force Academy, his current academic home. (He starts at ASU on Jan. 1.)

His parents were both in serving professions: His father was a teacher and guidance counselor; his mother was a nurse. Neither was too far removed from the immigrant experience, and both felt gratitude to be in the United States.

As such, dinner-table conversation often focused on public affairs, politics and history, which, Carrese said, primed him to study the humanities when he got to college.

His CV reads as well as any: Rhodes Scholar, post-doctoral work at Harvard, fellowships abroad and at home, a handful of books authored and edited on political science and political thought.

At the Air Force Academy outside Colorado Springs, Carrese was charged with designing and administering an honors program for high-achieving cadets.

After the attacks of 9/11, Carrese and his team felt that for all the success the United States was having technologically and economically, there was something missing.

“We were having international and national leadership, political problems,” he said. “And so we needed to come up with the right balance of excellence in STEM with excellence in social sciences and humanities, the foundations for political leadership and military strategic leadership.”

What emerged was a successful program that led Carrese, who has spent his entire adult life thinking and writing and arguing about political ideas and leadership, inexorably to his new position at ASU.

The School of Civic and Economic Thought and Leadership will aim to prepare learners for future public policy and leadership challenges in several ways. One of the most important will have students explore the great works of political thought, and the great leaders of American history, with an eye toward turning their lives to contributing to the common good. There, Carrese can help.

“Paul’s background contains the exact combination of academic rigor and real-world problem-solving and leadership training that will make the new school such a success,” said Pat Kenney, dean of the College of Liberal Arts and Sciences. “As with most things we do, ASU is embarking on making a concrete, measurable difference in our society, and I am confident, with Paul’s leadership, we will.”

If successful, that difference has the potential to address a clear and present problem in American civic life: a political system that, to many, seems absolutely broken.

“There clearly is something not going so well with American political life right now,” Carrese said. “Great discontent and anger and polarization … So we all need to pull together as universities and civil society and government and public affairs to do better than we’re doing now.”

A challenge this university may be uniquely situated to address.

“I’m very proud of ASU that it is innovating in this way.”