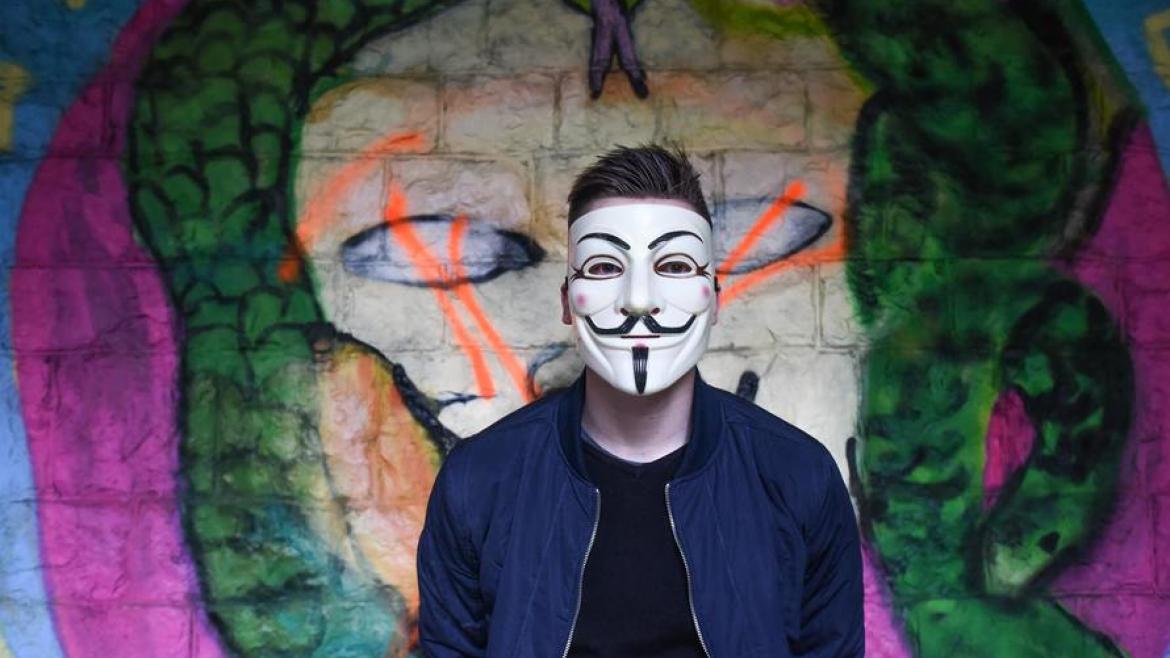 'No such thing' as apolitical art

ASU experts on how the arts can elevate the political conversation, and make more citizens part of the dialogue

From Bob Dylan’s 1964 folk rock anthem “The Times They Are a-Changin’” to Shepard Fairey’s iconic Obama “hope” poster to Lin-Manuel Miranda’s Broadway smash “Hamilton” to Allen Ginsberg’s anguished protest of a poem “Howl” — there are innumerable examples of art that is politically charged.

“There is no such thing as art that is not political,” said Herberger Institute professor Michael Rohd. “Period. Purely by expressing something and choosing who has access to it … that by itself is political act.” 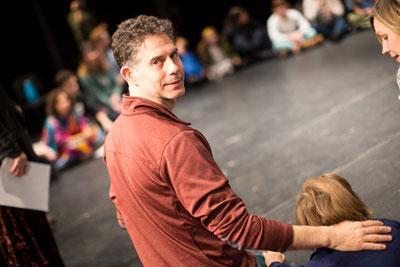 ASU professor Michael Rohd will be hosting a civic theater event from 3 to 10 p.m. on Election Day at the Galvin Theater on ASU’s Tempe campus. Photo courtesy of Michael Rohd

This Election Day, Tuesday, Nov. 8, Rohd and a group of 24 Herberger Institute graduate students will be hosting a civic theater event from 3 to 10 p.m. at the Galvin Theater on ASU’s Tempe campus.

They have invited students, faculty and community members to submit five-minute responses to the question: “What does America want in a leader?” Responses could be in the form of a performance, lecture, presentation, concert, etc. Those pre-submitted pieces will be part of the event, which will also include live performances and a live CNN feed.

“I’m excited at the prospect of being part of conversations that lead to change around a more just community,” said Rohd.

That’s what art is supposed to do, agreed associate professor of English Sally Ball.

“The arts are meant to make connections and to communicate, and to reckon with things that are painful and difficult and frightening,” she said.

Ball recently gave a talk titled “Art, Citizenship, and the ‘Goals’ of Creative Work” as part of the Institute for Humanities' Research Faculty Seminar Series. 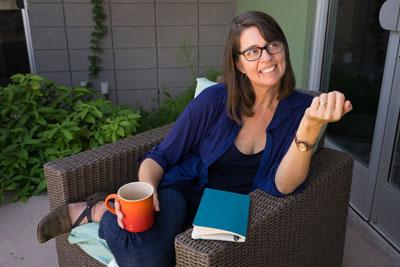 “Fundamentally, the choice to make a work of art is a choice to connect and communicate,” she said.

Ball, a poet, testifies to the ways in which literary artists have been part of the political conversation for ages — from 18th-century romantic Percy Bysshe Shelley, who called poets “the unacknowledged legislators of the world,” to contemporary poets like Claudia Rankine, whose 2014 collection “Citizen” contained a page listing the names of people of color who had been killed by police since she started working on it.

She’s quick to point out, though, that it’s “not just the literary arts,” but rather, “all arts cultivate empathy in people, and that’s something we sorely need in public discourse.”

Assistant professor of art Rogelio Gutierrez specializes in lithography, his work focusing on issues such as immigration, identity, education and history.

A first-generation Mexican-American, Gutierrez’s “Invisible Frontier” project addressed the topic of anti-immigration legislation through an installation of 40 “street signs” designed to simulate an invisible frontier shared by the United States and Mexico. 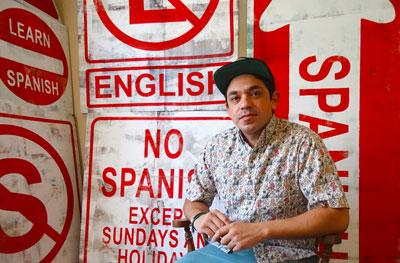 “Exploring one's citizenship through art is like sharing something personal that can resonate and perhaps create some type of change in another individual, regardless of race, gender, nationality, etc.,” said Gutierrez. “It can create bridges.”

Throughout the latter half of the last century, popular music has helped create bridges between people of different cultural backgrounds, said Christopher Wells, an assistant professor of musicology who teaches a course on popular music and race.

“Mainstream music is increasingly becoming a far more culturally diverse space,” said Wells. “And one thing music often does is it draws people into the conversation who might otherwise feel excluded.” 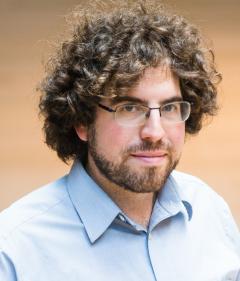 The internet has helped open up that conversation even further. Works that run the artistic gamut have all “gone viral.” Maggie Smith's poem “Good Bones,” about a mother struggling to give her children an optimistic view of the world, was shared thousands of times on Twitter, Facebook, Instagram and Tumblr this past June. Images and videos of Ana Teresa Fernandez’s "Borrando La Frontera" ("Erasing the Border") surfaced on newsfeeds and websites all over the world.

“The way these works get shared and flood the internet is a perfect formula to distribute a political message,” said Gutierrez, whose own work has been widely shared online.

“When I was a college student, poets were considered sort of esoteric,” said Ball. “Now Buzzfeed publishes poems.”

And that’s a good thing, she asserts; the more people engaged, the better: “All kinds of people offer something different, and the more of us who are engaged, the richer that conversation is going to be.” 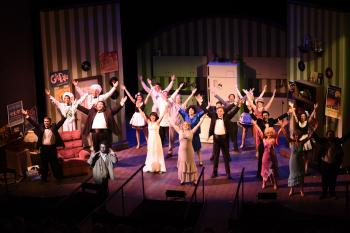 “The ASU musical theatre program is a special place, and I'm excited to see it get the recognition it deserves,” said Brian DeMaris, artistic director of Lyric Opera Theatre and associate professor in the School of Music.

DeMaris, in his second year as the program artistic director, won for music direction for “Company.”

DeMaris said he was thrilled to receive an award for the first production he conducted at ASU, but the “icing on the cake” was when his own student, Brent Mauldin, also won in that category for his work on “The Drowsy Chaperone.”

“Brent did excellent work not only on ‘Drowsy Chaperone,’ but also during his two years as a teaching assistant in our Master of Music in musical direction degree,” DeMaris said.

Brittany Howk, a musical theatre student who graduated in May, nabbed the best actress in a musical award for her role in “The Drowsy Chaperone,” and Robert Kolby Harper, a faculty associate in the School of Music, won the director award for the same production.

Professor James DeMars won for original musical composition for “Guadalupe,” a world premiere. “Guadalupe” also received the award for original script, recognizing DeMars again, as well as collaborators Robert Estevan Doyle, owner and producer of Canyon Records, and Graham Whitehead, who directed the production and has been a guest director with the Lyric Opera Theatre program in the past.

“Our numerous nominations and awards speak to the fervor with which the ASU musical theatre students, faculty and staff have thrown themselves into the many opportunities for positive change that our department is working toward right now,” DeMaris said. “We want the program to be a national model for musical theatre training and innovation, and it is evident that all the students want to help make it happen.”

Other alumni and current students from both the School of Music and the School of Film, Dance and Theatre also won awards for productions they participated in at local theatre companies.

“I always hear from other theatre directors how valued the ASU students and alumni are in productions throughout the region,” DeMaris said. “We are happy to continue to allow our students to participate in off-campus productions and to engage in the community, and we are thrilled by the work of all of our peer theatres.”

• Charity Johansen, supporting actress in a musical for the Hale Center’s “Me and My Girl”

• Vinny Chavez, actor in a major role in a musical for the Hale Center’s “Me and My Girl”