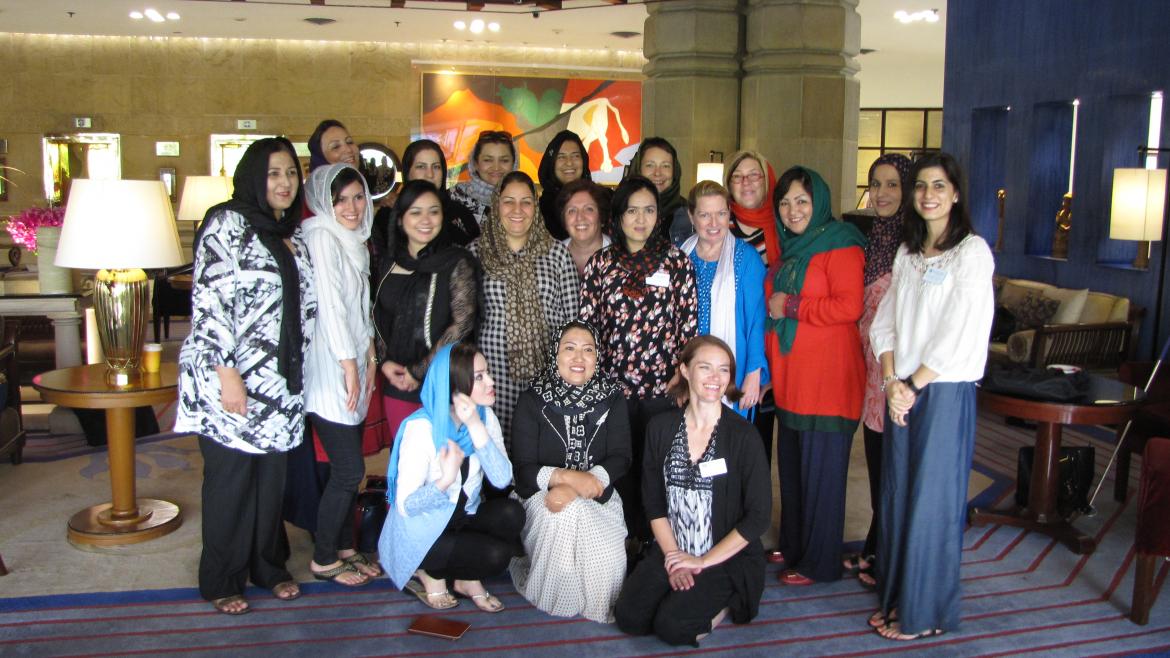 It’s a perfect Thunderbird scenario: If red tape gets in the way of success, use your global connections to cut through it.

That’s what a team at the Thunderbird School of Global Management did last month when it harnessed the power of the school’s formidable alumni network to hastily pull together a crash course that teaches business skills to Afghan women. The entrepreneurial venture, called Project Artemis, was supposed to gather the women at the Glendale campus last spring but was thwarted by visa problems.

So instead, the team found a new home for Project Artemis in India — with 10 weeks’ notice. Twelve women from Afghanistan traveled to India and spent 16 days learning how to grow and market their businesses.

“It was truly inspired to see the women at work,” said Vijay Jangiti, who earned a degree at Thunderbird in 1988 and has remained an active alumni in India. He helped to set up some of the activities.

“It was indeed busy — attending to conference calls and getting logistics in place, but the alumni were very satisfied and happy to help.”

After several successful years, the last-minute visa snafu was deeply disappointing for Wynona Heim, the client director for Project Artemis, and the rest of the team.

“We went back to the drawing board and said, ‘OK, we’re Thunderbird, we’re flexible — where can we get them where we have resources?’ “

They initially tried to relocate Project Artemis to Thunderbird’s campus in Geneva. But right after that decision was made in March, terrorists attacked the airport and a train station in Brussels, Belgium, and the visa process was again sent into disarray. The staff then considered Moscow, Dubai, Turkey, Kenya and China before settling on India.

“India and Afghanistan have been fostering strong trade ties, and they actually put a new treaty into place while we were there,” Heim said.

“And the final and biggest piece was that Thunderbird has a huge alumni network in India that’s still active, and they were thrilled to have us come.”

Project Artemis was founded in 2005 after former Thunderbird trustee Barbara Barrett, who later served as U.S. ambassador to Finland and Thunderbird's interim president, came up with the idea while touring Afghanistan in 2004 as a member of the U.S.-Afghan Women’s Council. The project, funded by donations and grants, is part of Thunderbird for Good, an umbrella for the school’s outreach to non-traditional students around the world.

Heim said that the Afghan entrepreneurs who participate in Project Artemis have a higher socioeconomic status and more independence from male dominance than most women in their country, but by learning how to grow their businesses, they are able to hire poor women.

“They understand the cultural barriers, and they are the ones who can go into the poorest neighborhoods and say, ‘I have a job for your wife or daughter that is safe and appropriate.’ “

This year’s class of Afghan women in Project Artemis ranged in age from 22 to 52, and their businesses included carpet weaving, saffron cultivation, tailoring, mushroom production and wood carving as well as ownership of a radio station, a private school and a construction company. Some women owned several businesses, including one who imports oil and wheat and also owns a gym.

The trip was immediately practical for the women, some of whom made connections for suppliers or signed contracts in India. They learned about marketing, human resources, supply chain, investment and other business skills through panel discussions and networking events. Classes were taught by Thunderbird professors Steven Stralser and Mary Sully de Luque.

At one event, a Thunderbird alumni and the woman who owns a construction company were chatting, haltingly, in English, Heim said.

“Then the Afghan woman mentioned that she had gone to school in Kazakhstan and they immediately switched to speaking in Russian,” Heim said.

“It was one of those cross-cultural things that is such a Thunderbird moment.”

Top photo: Female business owners from Afghanistan and staff from the Thunderbird School of Global Management spent 16 days in India for Project Artemis.

Hannah Woner is an Arizona State University senior majoring in global studies and economics. With the assistance of the Global Studies Travel Grant offered by the School of Politics and Global Studies (SPGS), Woner was able to travel to Moshi, Tanzania for an internship with a local travel company called K2 Adventures Foundation.After her trip, Woner took the time to provide a recap of her experie...

Hannah Woner is an Arizona State University senior majoring in global studies and economics. With the assistance of the Global Studies Travel Grant offered by the School of Politics and Global Studies (SPGS), Woner was able to travel to Moshi, Tanzania for an internship with a local travel company called K2 Adventures Foundation.

After her trip, Woner took the time to provide a recap of her experiences: 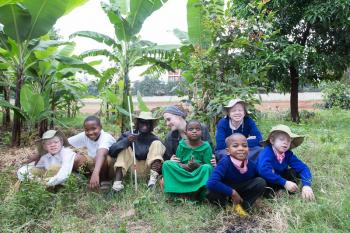 Question: What were some of your takeaways from this internship?

Answer: As a Global Studies and Economics student, this experience taught me an immense amount about functional political institutions and economies. Other (perhaps slightly less scholarly lessons) include: how to survive a 36+ hour plane itinerary, never drink the water (never. ever.), and advanced hand gesture communication (language barriers are a real thing).

Q: What were some of the challenges you faced?

A: The biggest challenge was being away from my family for an extended period of time. Additionally, I was without Wi-Fi, a shower, a real toilet, and reliable electricity for 40 days, which was difficult to adjust to. Also, the culture in Tanzania was so vastly different than my own in certain respects; I have a new appreciation for the term “culture shock”.

Q: How do you think interning in Tanzania was beneficial to your career and schooling experience?

A: Since interning in Tanzania, I am a much more confident traveler than I was previously. I am also a more globally-minded individual, and I have improved my communication skills with people from different cultures. Additionally, having international working experience on my resume will be hugely beneficial in applying for jobs abroad.

Looking forward, Woner plans on attending law school after graduation. She urges students to not be afraid to take on an independent internship to fill course credit.

“I love that SPGS attracts such a diverse group of people,” Woner said. “I also love hearing what amazing goals the majors have in their careers; SPGS rocks because its students are in it to change the world.”

The School of Politics and Global Studies offers travel grants for qualified students completing their SGS International Experience. To learn more about opportunities like this, visit the SPGS website.