Deschene, director of the U.S. Department of Energy Office of Indian Energy Policy and Programs, grew up in near Page, Arizona, and is from the Navajo Nation. This month he visited with budding Indian Legal Program students at ASU's Sandra Day O’Connor College of Law in downtown Phoenix to talk about the Office of Indian Energy as students start thinking about developing their careers in law. 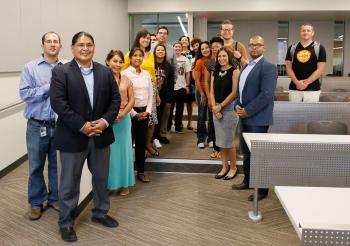 Deschene graduated from ASU in 2005 with a Master of Science in Mechanical Engineering and concurrent with his master’s studies, he earned a Juris Doctor (JD) through the Indian Legal Program with a focus on federal Indian law and energy and natural resources.

The Sandra Day O’Connor College of Law at ASU established the Indian Legal Program in 1988, providing a unique set of academic and clinical opportunities for students to understand the differences between the legal systems of Indian Nations and state and federal governments.

He recalled how little focus there was on energy.

“When I came here, people said you’re crazy because you want to stick to energy. Why are you doing that? We need lawyers and anything else but energy. I said, no one is focusing on energy,” Deschene said.

“When I first came to ASU they had offered energy as an elective. It wasn’t a mainstay discussion, and it wasn’t offered, Indian energy. We were talking more about natural resources and water.”

Licensed to practice law in Arizona and the Navajo Nation, he focused in business and energy development, natural resources and environmental policies. The goal: to strengthen tribal communities and sustain future generations. 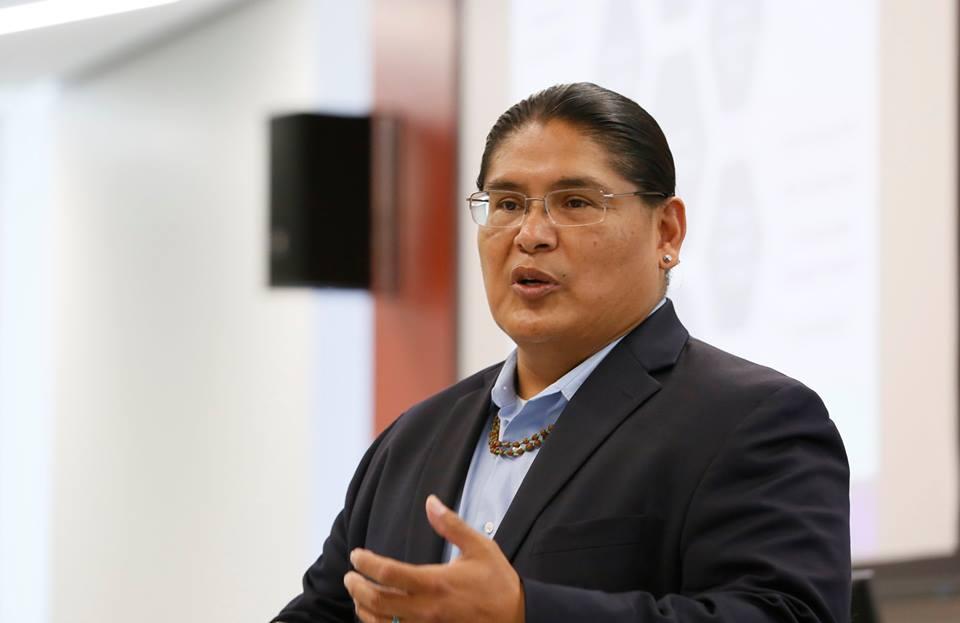 Christopher Deschene, director of the U.S. Department of Energy Office of Indian Energy Policy and Programs.

Deschene described the Office of Indian Energy Policy and Programs as a progression of Indian energy and Indian energy policies. Among their goals for Indian Country is to promote energy development, efficiency and use and bring electrical power and service to Indian lands and the homes of tribal members.

There are 567 federally recognized tribes and there are staggering gaps between Indian Country and the rest of the U.S., including basic infrastructure needs like having ready access to electricity.

This is a consistent problem across Indian Country and an important problem Deschene and his office are trying to fix. He strongly believes tribes have potential, stating that American Indian lands consist of 2 percent of the land base, but tribes can provide up to 5 percent of the country’s renewable energy generation.

“There is potential in Indian Country, and it hasn’t been developed in a way to help national and administrative goals for energy security, resiliency, climate change. And Indian Country can be part of that,” Deschene said.

Deschene smiled and said people thought he was crazy because he pursued his graduate engineering degree with a focus on renewable energy while working on his JD.

Focused and determined, he knew where he was going.

“I’ve been to a number of schools, you guys are in the best program in the country. I will say that without any reservations,” he said, crediting Kate Rosier, executive director of the Indian Legal Program, for her support during his time at ASU.

He emphasized that there is a need for practitioners, lawyers, tribal and federal law practitioners who have are well-versed in energy.

Deschene had a vison and took the road less traveled, taking a dual-discipline approach, much like the interdisciplinary degrees offered at ASU today, fulfilling the mission of the New American University: solving for the problems of today and those of the future.

The challenges that usually come with being a first-generation college student are just the beginning for 60 ASU students who will attempt to add traveling abroad to the list of their accomplishments.In spring 2015, the ASU Study Abroad Office launched a scholarship program specifically designed to see more ASU first-generation students study abroad. The Planning Scholarships program has recognize...

The challenges that usually come with being a first-generation college student are just the beginning for 60 ASU students who will attempt to add traveling abroad to the list of their accomplishments. 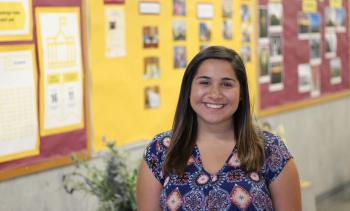 Out of the 1700 eligible students, two scholarship recipients were from the School of Politics and Global Studies. Wyatt Zepp and Leonela Urritia were both awarded the ISA Study Abroad Planning Scholarship worth approximately $2000.

Urrutia, who is a sophomore majoring in political science, plans on traveling abroad to a French speaking country. This experience will play a major role in her career and in her community, Urittia said.

“As a first-generation college student studying abroad, I'm opening new pathways into my future,” Urrittia explained.  “I would be the first in my family and my family's community to have this experience, so everything I gain from this trip will be completely new and enlightening” 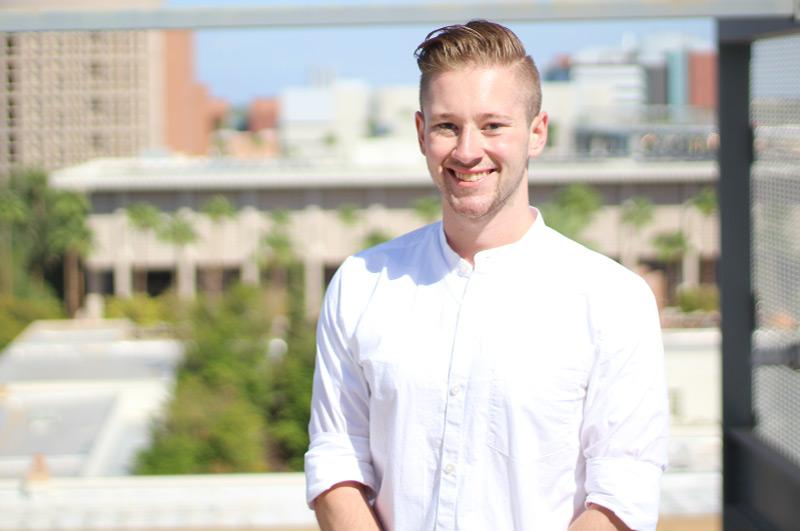 Zepp is also a sophomore majoring in political science. He plans on traveling to Germany to learn about their political systems and revolution with sustainable technology.  This experience will allow Zepp the opportunity to go beyond any expectations of college he or his family may have set.

“My family was determined to see me go to college [but were] not expecting me to learn abroad,” he said.

The ASU Study Abroad Office offers more than 250 different programs in over 55 countries around the world. To see some of the experiences that students have had, go to the Study Abroad page on the School of Politics and Global Studies website.