In a collaborative study involving four major universities, researchers have found links between the levels of antimicrobial chemicals and antibiotic-resistance genes in the dust of an aging building used for athletics and academics.

The association was particularly striking for triclosan, the most commonly used antibacterial ingredient in personal-care products. Whereas the study design investigated co-occurrence rather than causation, the study does point to a probable cause worthy of more exploration. In the laboratory, triclosan is known to foster in microorganisms the development of cross-resistance to clinically important antibiotics. Up until now, studies were lacking either demonstrating or suggesting that the selection for drug resistance also may have implications for public health in real-world settings. 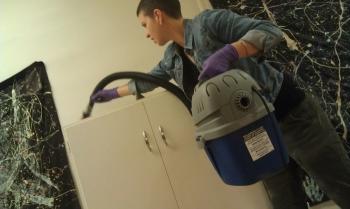 "We might be tempted to think of the antimicrobial chemicals as being guilty by association," said Erica M. Hartmann, a postdoctoral fellow at the University of Oregon's Biology and the Built Environment Center and Institute of Ecology and Evolution who led the study. In September she joins the faculty at Northwestern University, after being a Fulbright Scholar and a former graduate student in Arizona State University professor Rolf Halden’s Biodesign Insitute research center.

"We don’t really know how the genes or the chemicals got there," she said. "They may have arrived by completely different routes and their being found together is a coincidence. However, we know that antimicrobial chemicals can cause an increase in antibiotic resistance in other situations, so I think these results provide a good reason to take a closer look at what’s going on in dust."

The study, published online ahead of print in the journal Environmental Science & Technology, is the first to document the coexistence of the chemicals and genes in indoor dust.

In all, the paper reports six significant associations. Levels of triclosan and other antimicrobials in dust were determined in collaboration with the Biodesign Center for Environmental Security at ASU and analyzed by doctoral research assistant Jing Chen. Center director Halden notes that “these new findings merit follow-up studies because house dust is inhalable and thus represents a potentially important pathway of exposure to antibiotic-resistance genes and drug-resistant bacteria.” He adds, “The efficacy of antimicrobial additives to soap has long been questioned; the new findings reported here provide one more reason to reassess both the need for and safety of triclosan." 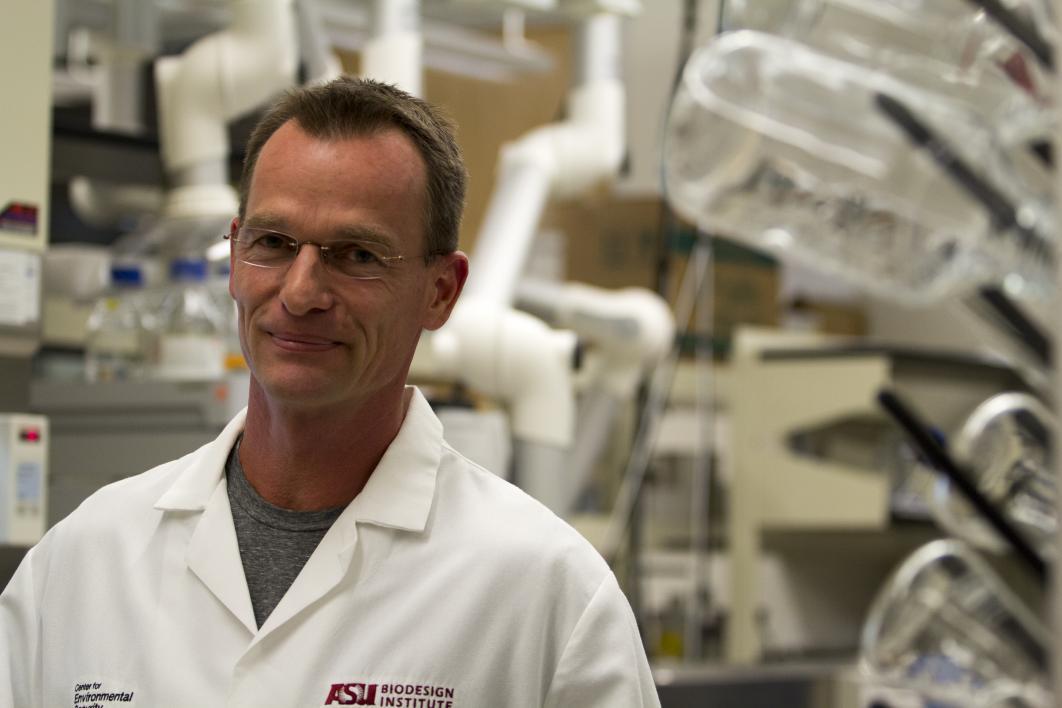 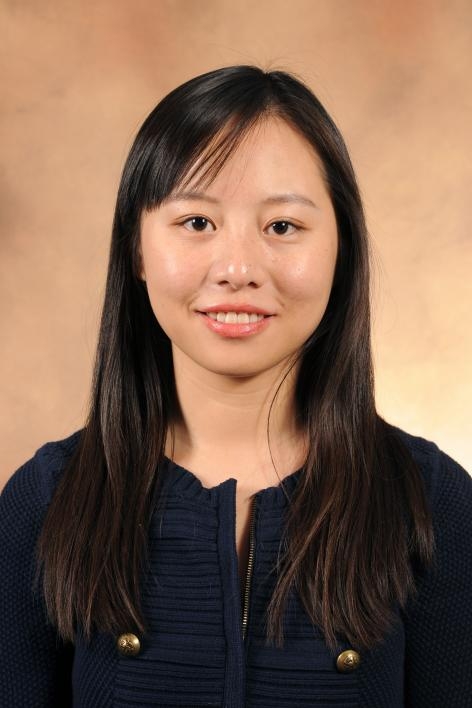 Graduate research assistant Jing Chen contributed to the analyses of dust samples for the research study.

On Sept. 2, the FDA agreed with Halden's assessment and scientific evidence, ruling to ban more than 19 ingredients, including the removal of triclosan and triclocarban from more than 2,000 over-the-counter antibacterial hand- and body-wash products. Manufacturers will have one year to comply with the rulemaking by removing products from the market or reformulating (removing antibacterial active ingredients) these products.

The antimicrobial chemical triclosan has been linked with a gene that alters the ribosome — a complex of RNA and protein in cells that is responsible for RNA translation — in a way that makes bacteria antibiotic-resistant. The research team identified several antibiotic-resistance genes, the most common of which conferred resistance to tetracycline antibiotics. "While present at low abundances, together these genes cover resistance to a wide spectrum of antibiotics," the researchers wrote.

The chemicals and genes came from 44 samples from 31 varied-use spaces, using vacuum-fitted collectors. The building, completed in 1921, has window ventilation as well as infiltration of outdoor air through cracks around doors and windows. DNA processing involved the UO Genomics Core Facility, and data were processed with assistance from the lab of co-author Curtis Huttenhower of Harvard University's School of Public Health.

Despite the findings, Hartmann said, people don't need to be readily alarmed. Antibiotic-resistance genes in the environment, for example, are 10 to 100 times less abundant than in the human gut, she said. In infants, the genes occur naturally in the absence of antibiotics during initial microbial colonization.

"Antibiotic resistance is common in a lot of different places," she said. "Just because we find it in a certain building doesn’t mean that everyone who goes into that building is going to get a MRSA infection. The building is still as safe as it was before the study, but now we have a better idea of how many antibiotic-resistance genes there are, and we have reason to believe that the amount of antibiotic-resistance genes may be tied to the amount of antimicrobial chemicals."

Associations of triclosan and antibiotic resistance have been found in other places and in the environment, Hartmann said, but finding the association in indoor dust brings the threat a lot closer to home. Median concentrations of triclosan found in the dust were much less than those found as the active ingredient in toothpaste. The chemical also is widely used in antibacterial soaps.

Consumers panicked in 2013 when retail giant Target suffered a data breach, putting the sensitive financial information of millions at stake. Members of the Democratic National Committee did the same in July of this year when hackers obtained access to party officials’ confidential emails.The message was clear: No one is safe from hacking.There are ways to defend against it but until recently th... 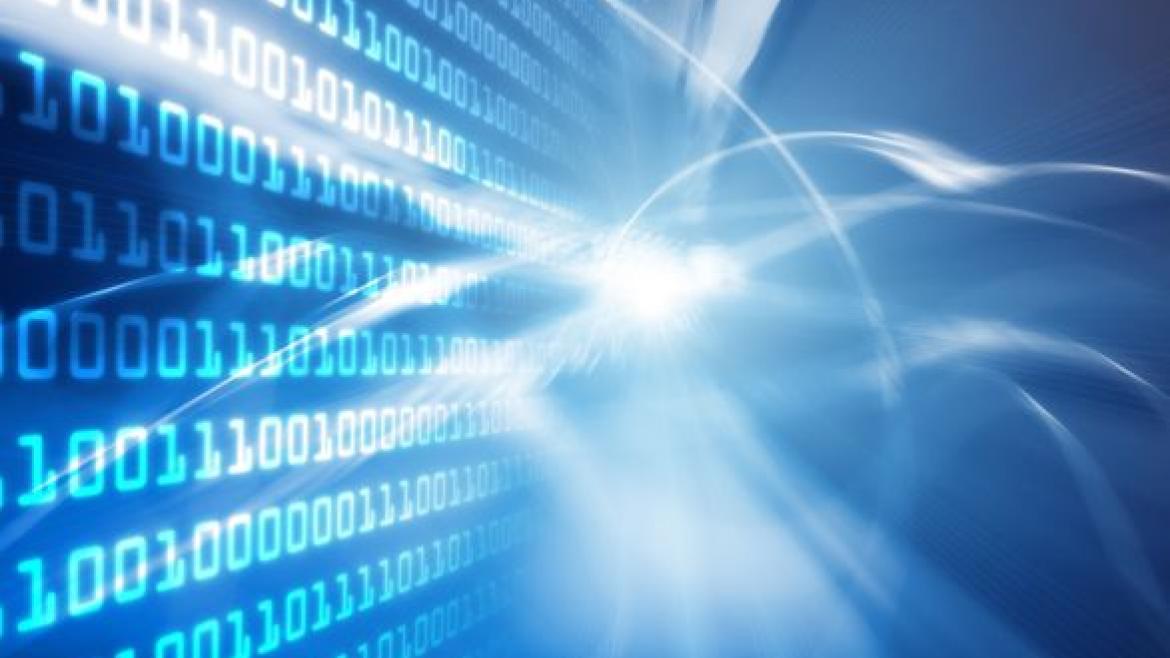 Consumers panicked in 2013 when retail giant Target suffered a data breach, putting the sensitive financial information of millions at stake. Members of the Democratic National Committee did the same in July of this year when hackers obtained access to party officials’ confidential emails.

The message was clear: No one is safe from hacking.

There are ways to defend against it but until recently the only defenses were reactive or unable to monitor more than one threat at a time. That’s all changing, thanks to a team of ASU researchers who are taking a new approach that allows them to detect a threat before it can do any damage.

The team — led by led by SchoolThe School of Computing, Informatics and Decision Systems Engineering is part of the Ira A. Fulton Schools of Engineering. of Computing, Informatics and Decision Systems Engineering assistant professor Paulo Shakarian with funding from ASU’s Global Security Initiative, Institute for Social Science Research and Office of Naval Research — will present their findings in the paper “Darknet and Deepnet Mining for Proactive Cybersecurity Threat Intelligence” at the Institute of Electrical and Electronics Engineers (IEEE) International Conference on Intelligence and Security Informatics this month in Tucson.

Hacking is no longer a one-man job. Today’s cyber criminals are well-connected and are able to share malicious ideas and information on forums that exist on what is known as the darknet — basically computer networks with restricted access. They’re even able to buy and sell malware on websites not indexed by search engines, collectively referred to as the deepnet.

Using a machine learning system, Shakarian and his team are able to monitor both darknet and deepnet websites for traffic related to potential hacks, giving software developers a heads-up so they know what they need to protect against. The system is currently able to monitor roughly 120 sites at once. It’s the first technology to be able to do so at such a scale, and as Shakarian reported, to allow for the identification of hackers “who have a presence on multiple sites” and “products that are duplicated on multiple sites.”

“The information we’re getting is much, much richer,” he added. “And we think that’s really the key to solving this problem. You can’t just pick one hacker site [to monitor] at random when there are so many out there. … You have to have a more comprehensive view.” 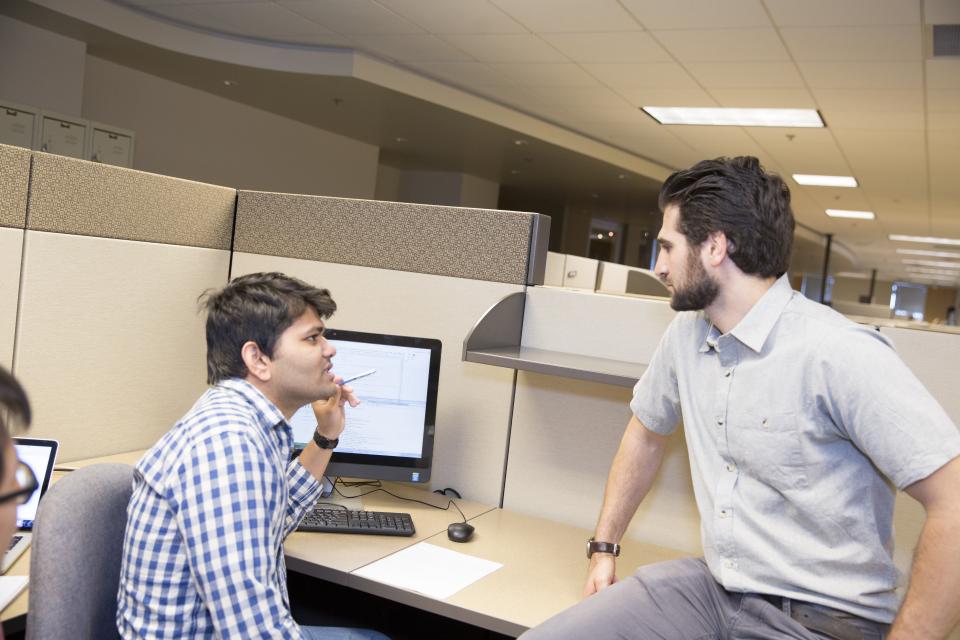 Their approach works by crawling both hacker marketplaces and forums for exploit-related content, then parsing out that which is related specifically to hacking threats. As student researcher Eric Nunes explained, it can be tricky.

“Most of the products posted on [those kind of sites] are not what we are looking for. They’re not hacking-related,” he said. “Most are weapons, pornography or drug-related.”

The machine learning system approach allows them to filter out that content by doing exactly what it sounds like: It learns which content to look for. It does so through a small bit of initial human content tagging. From there, the system learns what to look for and does so automatically in the future.

Nunes, whom Shakarian calls “one of our star guys,” contributed largely to the development of the system and will be receiving an award for best paper at the IEEE conference later this month for his work on cyber attribution (identifying the bad guys).

The technology is currently licensed to IntelliSpyre Incorporated, a faculty spinout company supported by Shakarian’s Fulton Entrepreneurial Professor Award. Looking forward, he and his team will be working with about a dozen beta testers, who will be supplying their feedback on how they think they can best use it to secure their personal enterprise networks.

They also have plans to collaborate with the University of Southern California on further research into how else the technology can be used. One obvious way is by law enforcement, to track mentions of illegal sales and purchases of drugs and ammunitions.

Shakarian is excited at the prospects of the new system; it’s essentially ushering in a new era of hacking detection.

“You can be like the little Dutch boy and try to plug all the holes,” he said, “but if you know where the bad guy is going next, why not try to plug those ones first?”