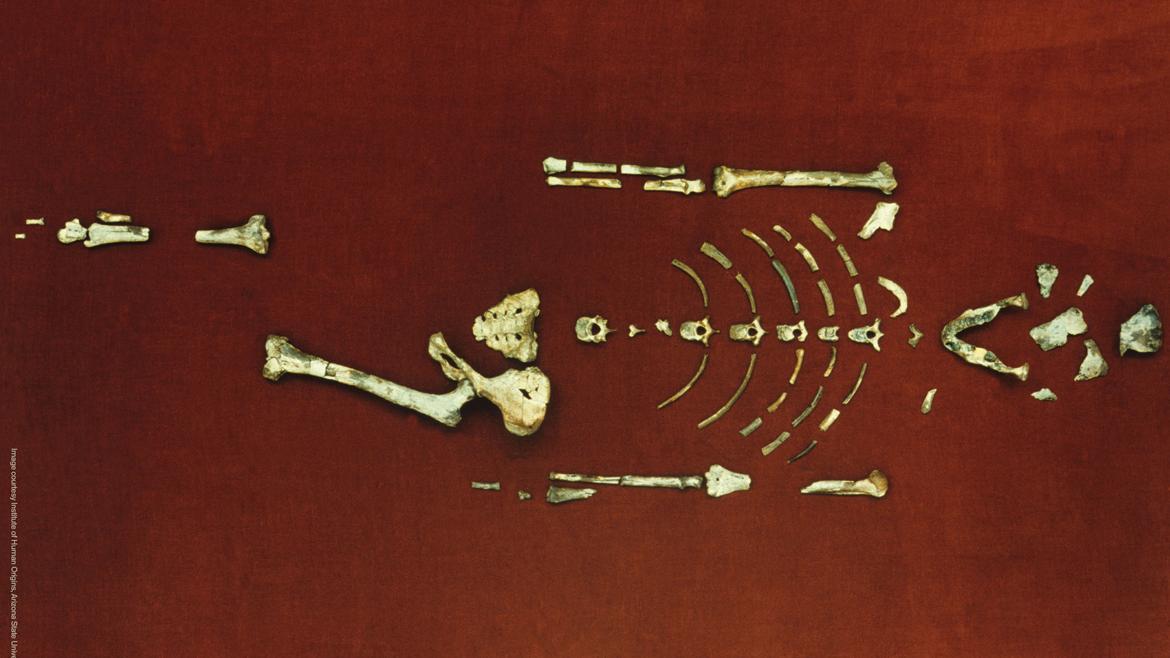 It's not the conclusion that they object to, but the process used to reach it

Read this as a cautionary tale, and not about the danger of falling out of trees.

A study published Monday in Nature Communications claimed to have discovered that Lucy, the 3.18 million-year-old hominid discovered by paleoanthropologist Donald Johanson in the Ethiopian desert in 1974, died from falling from a tree.

Researchers at the University of Texas X-rayed Lucy’s skeleton on a rare visit outside Ethiopia with a machine designed to scan through materials as solid as rock. They believed they found a broken shoulder. After reviewing clinical literature and talking to about 10 orthopedic specialists, they concluded she fell out of a tree.

The problem is they didn’t rule out other possibilities. One of these is that geology works on anything buried for millions of years, said JohansonJohanson is the Virginia M. Ullman Chair in Human Origins and a professor in the School of Human Evolution and Social Change in the College of Liberal Arts and Sciences., founding director of the Institute for Human Origins at Arizona State University.

“It suggests to me that this was the result of geological forces rather than having fallen out of a tree,” Johanson said. “There’s a lot of pressure on these bones when they’re overladen with heavy rock like sandstone.”

The research tries to show that the 3.5-foot, 65-pound Lucy died from the fall from severe trauma, “what they call a terminal velocity event,” said William KimbelKimbel is the Virginia M. Ullman Professor of Natural History and the Environment in the School of Human Evolution and Social Change in the College of Liberal Arts and Sciences., director of the Institute of Human Origins.

However, it’s common for scientists to find the same type of bone breakage in lots of four-legged animals buried in sediments.

“Much of the breakage, trauma and deterioration shown on the bones is shown on so many — I’d say 80 percent — of the fossils we dig up,” Johanson said. Pigs, rhinos and horses “don’t live in trees; they don’t fall out of trees. They live on the ground.”

“I’m not convinced,” he said of the paper. 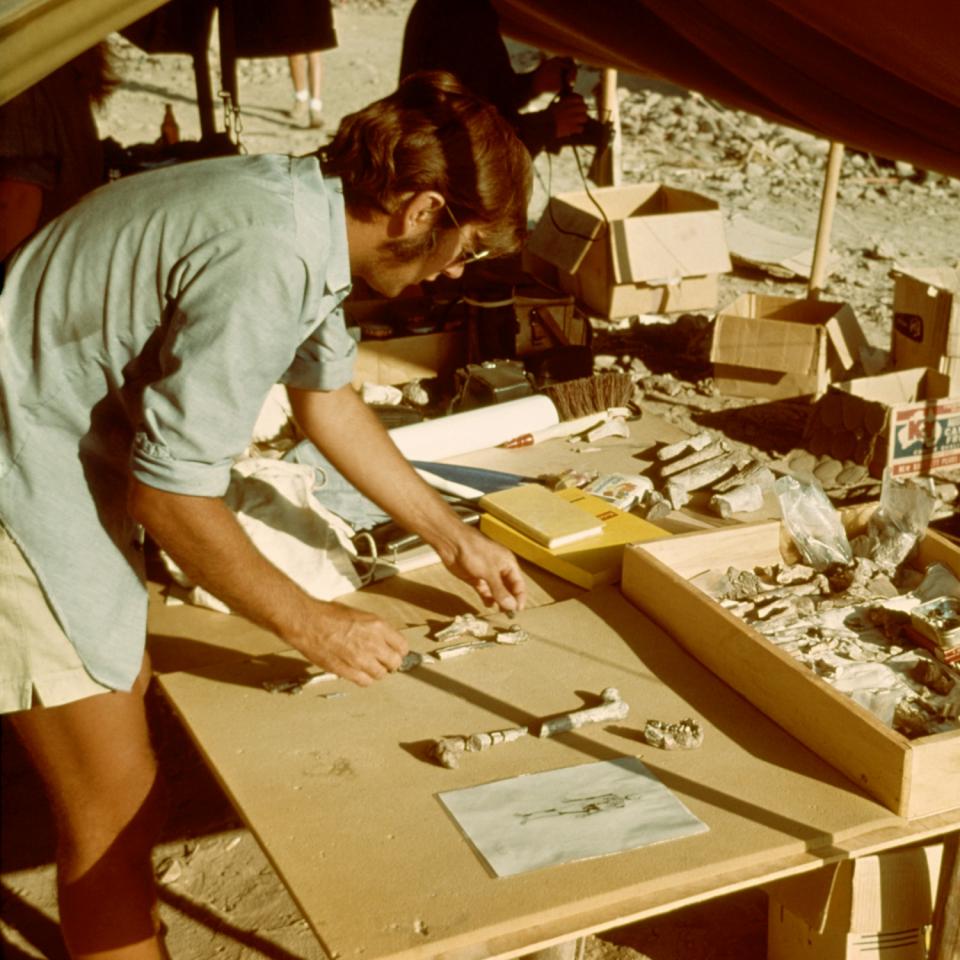 ASU paleoanthropologist Donald Johanson with the Lucy hominid skeleton bones (also pictured above) in the Ethiopian desert in 1974. Photo courtesy of the Institute of Human Origins

Kimbel, who has worked for decades at similar sites in East Africa, said he has found damage like this in animals ranging from hippos to hares.

“The probability of any of them having fallen out of a tree is precisely nil, of course,” Kimbel said. He was flabbergasted when he saw the news.

The University of Texas researchers relied almost exclusively on clinical literature and clinical expertise. The answers they got were entirely predictable, Kimbel said.

“If you ask an orthopedic surgeon to take a look at breaks like this, what other explanation is he going to give you?” Kimbel said. “The problem is the East African Rift Valley is not an emergency room. There are a wide array of forces that can break bones in this way.”

Where the University of Texas researchers fell short was a comprehensive examination of everything that could have happened, the ASU experts said.

“There are two basic issues here: The issue for science is not being able to tell a plausible story, the issue is to put forth a probable explanation for events that happened in the distant past,” Kimbel said. “The article simply does not offer us enough of a competition between all these competing factors. ... They did not put in place enough of the appropriate scientific safeguards to make this more than just a good story.”

“They didn’t explore a lot of avenues,” he said. He hopes for more research in depth into breakage patterns. “I thought it was an interesting story.”

But not a good one, Kimbel said.

“The point of good science is not to tell a good story,” he said.

If Lucy had fallen out of a tree, it wouldn't change what has been learned from her in the past 42 years, Kimbel said.

“I don’t think anyone seriously doubted she could climb a tree — you can and I can," he said. "It doesn’t bear on the issue of whether she was primarily adapted to life on the ground as a two-legged walker. ... I don’t think it would challenge much of what we know about her biology.” 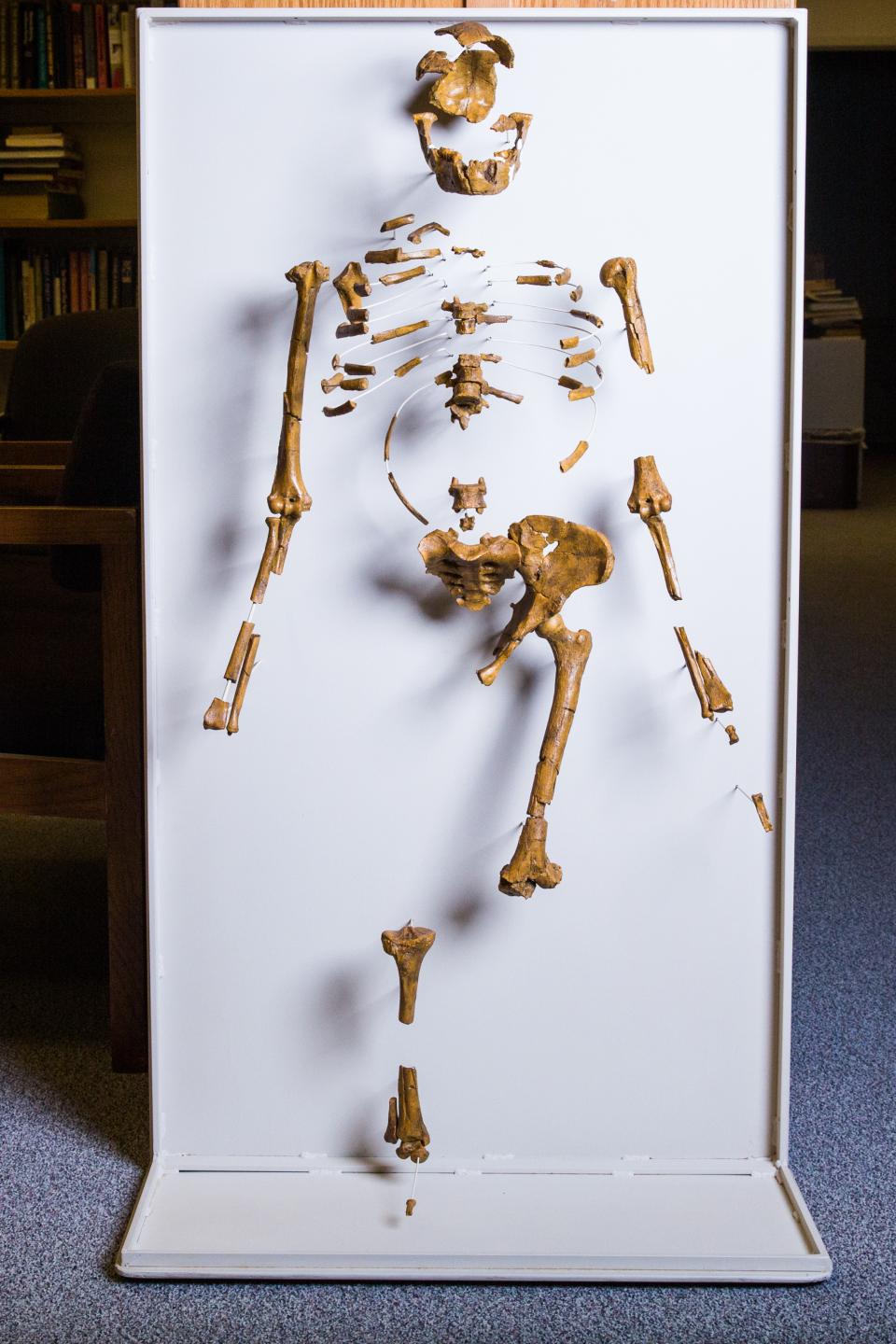 A cast of the Lucy skeleton is on view in the reading room of the Institute of Human Origins office in the Social Sciences Building on the Tempe campus. Photo by Deanna Dent/ASU Now

The Arizona State University Sun Devil Athletics Hall of Fame will welcome eight Sun Devil greats to its ranks Saturday, Oct. 8, at halftime of the ASU vs. UCLA football game.  ... The Arizona State University Sun Devil Athletics Hall of Fame will welcome eight Sun Devil greats to its ranks Saturday, Oct. 8, at halftime of the ASU vs. UCLA football game.