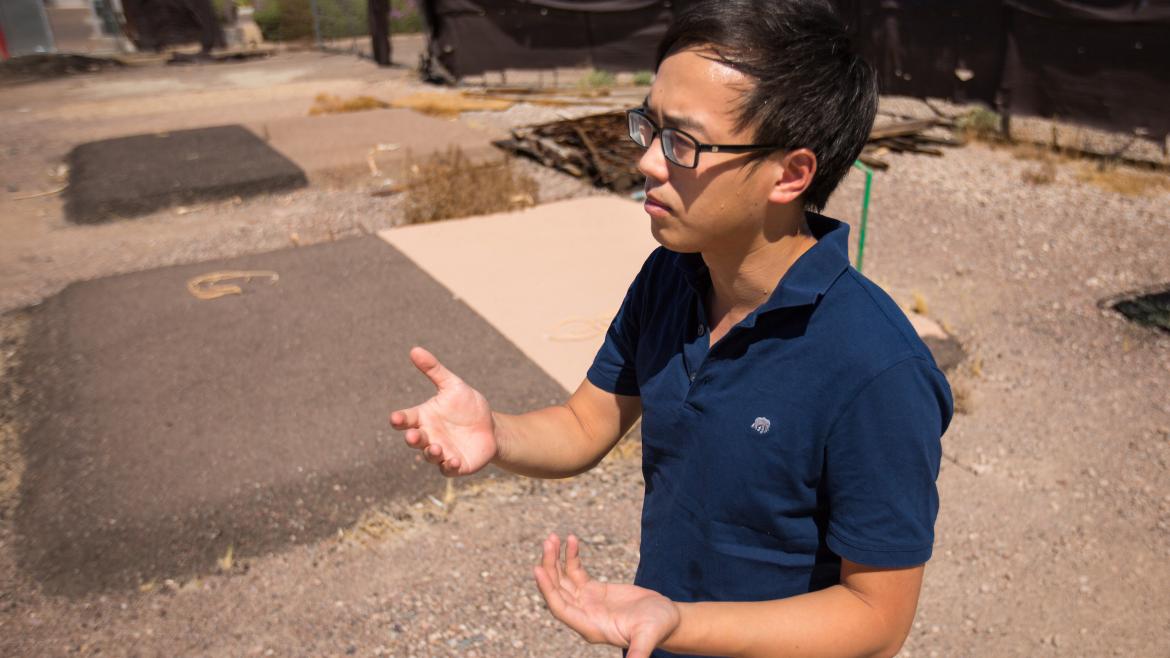 Phoenix lives with the heat. People fear it, complain about it and suffer from it. Local sports teams are named after it. Drivers go out of their way to park in the shade. Hikers die on the city’s mountains every summer.

Air conditioning has been the only line of defense, but as average daily temperatures change that will change as well. Beating heat going forward will require many different types of fixes, and researchers at Arizona State University are working a range of solutions, which lately have included studies into how cities can withstand extreme weather, green roofs and heat-resistant asphalt.

Grimm and other ASU scientists are working on a five-year study of nine cities throughout the Western Hemisphere that face threats from extreme weather. While most of the cities face threats from water via urban flooding and coastal storms, two — Hermosillo, Sonora, Mexico, and Phoenix — are living with heat. The point of the Urban Resilience Sustainability Research Network study is to come up with solutions, co-director Charles Redman said. While coastal flooding gets more attention, heat is a scarier beast to Redman.

The urban resilience study is a solutions-oriented project. Solutions to heat will have to come from a variety of places, Redman said.

“For me here, living in Phoenix, I’m more concerned about heat,” he said. “In the 30 years I’ve lived here, the local climate has changed a lot. If it were to change that much again — and my children both live here — it’s an open question how habitable it would be. We need to be thinking about how do we change the daily experience ... We have to be building landscaping and water use that allows us to cool the location and make it more pleasant. These aren’t one-day solutions.”

One possible solution is green roofs. With a layer of plants covering them, green roofs are designed to catch stormwater, reduce urban heat islands and improve energy efficiency. They are popular in Europe and beginning to appear in the U.S. (Chicago City Hall has a green roof.)

Researcher Paul Coseo studies how the design of cities affect natural processes and social communities. He recently completed a six-month study of how green roofs perform in a hot, arid environment. It was the first study using actual green roof plots instead of models.

He found that green roofs are slower to cool down in the evenings and slower to heat up in the mornings. That would be OK for a commercial structure such as an office building, but not for a single-family home.

“Since it appears that green roofs hold on to more heat during the evening and overnight, green roofs may not be as appropriate on residential structures when only considering reduction in energy consumption,” said Coseo, an assistant professor of landscape architecture in The Design School, part of the Herberger Institute for Design and the Arts. “At night, when residents are at home, it could lead to an increase in energy use.”

Another problem with green roofs here in the Arizona desert is that existing roofs aren’t built for heavy loads like snow and ice — or beds of plants.

“Even with green roofs, you can’t just go in and retro-fit existing buildings,” he said.

What might be an ideal scenario are the roofs of condo or townhome complexes built tightly together.

“I don’t know that it would necessarily be low-cost,” Coseo said. “Part of the strategy to my mind is that as we build more compactly, you lost a lot of area that you can actually plant on the ground. ... We need to figure out how we can use more of the roof surface in a better way.” 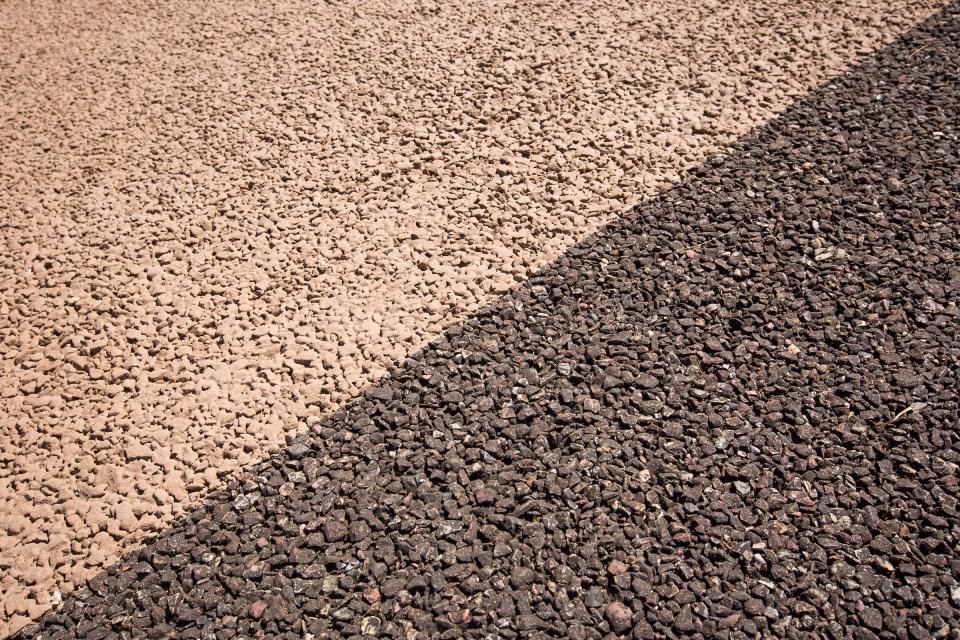 Another researcher working on using surfaces in a better way is Jiachuan Yang, a doctoral student in the School of Sustainable Engineering and the Built Environment and part of the Urban Climate Research Group. Yang is working on a study, ongoing since 2011, examining different types of porous asphalt and coatings.

“If you change the pavement, it’s going to be better,” Yang said.

Coatings can bring pavement temperatures down as much as 59 degrees Fahrenheit.

“We’re trying to increase the porosity of the material,” Yang said. “It helps to cool down the temperature.”

Right now, scientists are studying how the pavements will work at scale. Obviously, repaving an entire city the size of Phoenix is impracticable, but new development and redevelopment slowly can make inroads.

“People are starting to recognize this issue,” Yang said. “People are dying all over the world from heat.”

Grimm worries about the power infrastructure and future summers where the area suffers 15 or 20 days above 130 degrees.

“One of the things we depend on to protect us from heat in Phoenix is the power infrastructure. And I don’t know, I can think of any number of reasons why you might have a power grid failure simultaneously with a big weather event, say, or who knows what it could be. But that is the vulnerability that I’m most afraid of in terms of heat. This kind of thing happens in a heat wave, when the demand is peak for energy. And then people get stuck, this is why tens of thousands of people died in Europe in 2003," she said, referencing a heat wave that spread from Scandinavia to Turkey killing 30,000 people. "They didn’t have air conditioning. But a power grid failure would mean all of these people didn’t have air conditioning. That’s a scary thing.”

The first year of the resilient cities project was devoted to making contacts with local officials, meeting them, and establishing relationships. This year the project will hire 25 doctoral students and nine postdocs — half from ASU, half from universities in project cities.

“That’s going to multiply our brain power and activity level,” Redman said. “What we’ve found is that cities from New York to Portland — cities that can take care of themselves — are really enthusiastic and want us to be engaged.”

Solutions Ira A. Fulton Schools of Engineering Global Institute of Sustainability and Innovation School of Human Evolution and Social Change Herberger Institute for Design and the Arts The Design School Sustainability Faculty Policymakers