Every day, health care providers, public health practitioners and researchers use standard body mass index (BMI) cutoff points to classify individuals as overweight or obese, and to monitor population-level trends in over- and underweight people. According to a new study by ASU School of Human Evolution and Social Change associate professor Daniel Hruschka, these cutoff points incorrectly classify hundreds of millions of people worldwide, with profound implications for public health. 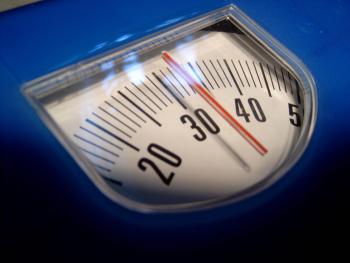 While standard BMI cutoffs provide a quick and low-cost method to track weight trends for a population and identify risk for poor health outcomes like diabetes or wasting, they don’t account for substantial variation in body frame between different ethnic groups.

“There’s enormous variation in body frames between ethnolinguistic groups,” Hruschka said. “Groups like the Nuer in eastern Africa have on average very slender frames, whereas Inuit and other Arctic-adapted people are at the other extreme with stockier, more muscular frames. At the same BMI, a slender body will have more fat than a stocky body, because the slender person doesn’t have as much muscle or bone mass contributing to their overall mass.”

Despite ethnic differences in body build, universal BMI categories based on a typical European body remain the global standard.

A study he worked on a few years ago aroused Hruschka’s skepticism of this one-size-fits-all approach to measuring and categorizing bodies.

“I started wondering more about BMI when we were looking at the relationship between household wealth and BMI,” he said. “We realized there were massive differences in BMI between different countries that couldn’t be accounted for by wealth.”

He also points to studies by economists that uncovered a similar paradox.

“It looked like children growing up in South Asia were more undernourished than kids in sub-Saharan Africa, but when you looked at diet and income data, that finding didn’t seem to make any sense.”

Since then, Hruschka and his colleague Craig Hadley at Emory University have been working steadily to account for differences in slenderness between groups.

“Coming from anthropology,” he said, “we are intrinsically aware of the vast amount of diversity in human populations and interested in the roots of this variation.”

Their research draws on the concept of basal slenderness — a body’s mass before packing on any extra fat. Basal slenderness includes lean mass — things like muscle, bones, and water — as well as a base amount of fat needed for survival. A body with less lean mass will be more slender than a body with more lean mass and will be able to hold more fat at the same BMI than a stockier body.

Scientists can assess basal slenderness through a few simple measurements: the width of the wrists and knees, the breadth of the shoulders and pelvis, and the ratio of sitting height to standing height (someone with a relatively long torso and shorter legs will have more lean mass, while someone with relatively long legs and a shorter torso will have less lean mass).

Using data for a range of ethnolinguistic groups worldwide, Hruschka and Hadley developed BMI cutoffs tailored to each group. Their results show that standard cutoffs underestimate overweight and obesity by 40 percent or more in many countries in sub-Saharan Africa, South Asia, and Southeast Asia, where populations tend to be more slender than Europeans.

“I was actually quite shocked by the magnitude,” Hruschka said. “I expected to see some bias, but when you realize you’re undercounting overweight by half a billion people, that’s really surprising.”

Applying their tailored BMI cutoffs to stockier populations also revealed dramatic results: standard classification underestimates underweight among adult women by more than 30 percent in many countries in Latin American and southeastern Africa. More critically, the cutoffs might underestimate undernutrition in children living in many countries. For example, Egypt is currently ranked 43rd globally for moderate childhood undernutrition, but when basal slenderness is taken into account, the nation rises to 12th.

“This study is tremendously important, given that obesity is a major factor underlying the rise of chronic diseases like diabetes,” said Alexandra Brewis Slade, director of the School of Human Evolution and Social Change and co-director of Obesity Solutions. “We knew that obesity rates were increasing across the globe. But these findings show that using a single standard can dramatically underestimate rates.”

The World Health Organization and others have started to adjust BMI to account for ethnic differences, but they focus on large regions like South or East Asia. But Hruschka found tremendous variation within regions, and even within countries.

“The Sahel region in Africa, from Senegal to Ethiopia, is a zone of massive variation,” he said. “We found some of the greatest within-country variation in Cameroon, Chad, Nigeria, and Mauritania, all of which fall in the Sahel.”

Hruschka hopes the study’s findings will be used by public health practitioners and clinicians. “Our findings show that we need to reexamine which populations might need the most attention to prevent both obesity-related diseases and childhood malnutrition.”

Year in Review: ASU researcher creates system to control robots with the brain

Editor's note: This story is being highlighted in ASU Now's year in review. To read more top stories from 2016, click here.A researcher at Arizona State University has discovered how to control multiple robotic drones using the human brain.A controller wears a skull cap outfitted with 128 electrodes wired to a computer. The device records electrical brain activity. If the controller moves a hand... 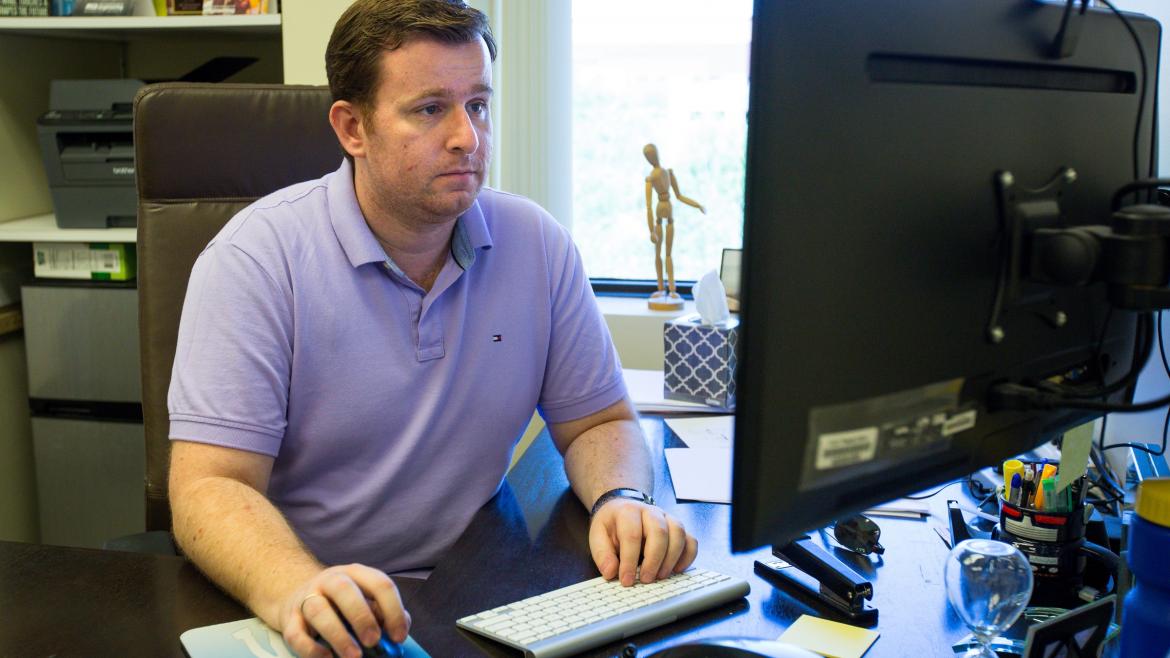 ASU researcher creates system to control robots with the brain

Washington, D.C.
This guy can control drones with his mind.
ASU researcher interfaces with up to four small robots, some of which fly.
July 8, 2016

A researcher at Arizona State University has discovered how to control multiple robotic drones using the human brain.

A controller wears a skull cap outfitted with 128 electrodes wired to a computer. The device records electrical brain activity. If the controller moves a hand or thinks of something, certain areas light up.

“I can see that activity from outside,” said Panagiotis Artemiadis (pictured above), director of the Human-Oriented Robotics and Control Lab and an assistant professor of mechanical and aerospace engineering in the School for Engineering of Matter, Transport and Energy in the Ira A. Fulton Schools of Engineering. “Our goal is to decode that activity to control variables for the robots.”

If the user is thinking about decreasing cohesion between the drones — spreading them out, in other words — “we know what part of the brain controls that thought,” Artemiadis said.

A wireless system sends the thought to the robots. “We have a motion-capture system that knows where the quads are, and we change their distance, and that’s it,” he said.

Up to four small robots, some of which fly, can be controlled with brain interfaces. Joysticks don’t work, because they can only control one craft at a time.

“You can’t do something collectively” with a joystick, Artemiadis said. “If you want to swarm around an area and guard that area, you cannot do that.”

To make them move, the controller watches on a monitor and thinks and pictures the drones performing various tasks.

Artemiadis has been working on the brain-to-machine interface since he earned his doctorate in 2009, specifically neural interfaces with robot hands and arms.

“During the last two to three decades there has been a lot of research on single brain/machine interface, where you control a single machine,” he said.

A few years ago, he had the idea to go to a lot of machines. It’s part of a trend in robotics and space exploration: Instead of building one giant expensive machine or plane or spacecraft, researchers build a lot of little cheap ones.

“If you lose half of them, it doesn’t really matter,” Artemiadis said.

He already knew what area of the brain controlled what motions. One discovery jumped out at him.

“I was surprised the brain cares about swarms and collective behaviors,” he said.

“What I didn’t know — or hypothesized — is that the brain cares about things we are not doing ourselves,” he added. “We don’t have a swarm we control. We have hands and limbs and all that stuff, but we don’t control swarms.”

In other words, our brains are not used to all of our fingers and toes running off on their own and then returning.

He worked with Air Force pilots on this; the two-year project was funded by the Defense Advanced Research Projects Agency of the U.S. Department of Defense and the Air Force. The pilots were skeptical. Their main objection was what would happen if they thought of something else while controlling the drones.

Artemiadis said controllers have to stay focused. If it’s close to lunch and all you can think about it is pizza, it doesn’t work. Fatigue and stress also play a part. Artemiadis said he can tell when subjects are tired or need a break.

“We tell the subject to think of two things,” he said. “Focus on breathing, or we tell them to imagine closing their left hand into a fist.”

Each subject is different. The system has to be calibrated to individual controllers, and it has to be done every day, because brain signals change from day to day.

The next step in Artemiadis’ research is multiple people controlling multiple robots. He plans to move to a much larger experimental space to refine the proof of concept. In the future, he sees drone swarms performing complex operations, such as search-and-rescue missions.