Arizona State University's Institute for Humanities Research has announced the appointment of Cora Fox as interim director, following the departure of director Sally Kitch on July 1.

Fox is an associate professor in ASU's Department of English and has served the institute as associate director for the past three years. In addition to directing the institute, she will continue working on the medical humanities initiative and the imagining health project — a collaboration between the institute and the Center for Humanities in Medicine at Mayo Clinic in Arizona. 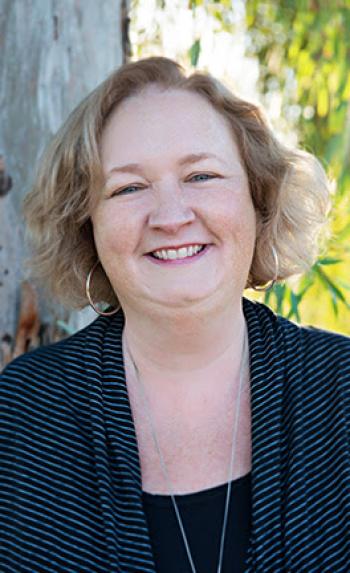 Fox's research has focused on English Renaissance literature and culture, with particular attention to classical intertextuality, the history of emotions and gender studies. Her publications include "Ovid and the Politics of Emotion in Elizabethan England" (Palgrave, 2009) and "Approaches to Teaching the Works of Ovid and the Ovidian Tradition" (co-edited, MLA, 2010).She has also published essays on Spenser, Ovid, Reginald Scot and Isabella Whitney, and recently on the blazon and how classical texts define sexuality and gender in the Renaissance.

Her current research focuses on the history of well-being and happiness, particularly as these emotions are defined and redefined through Shakespeare. She is engaged in cultural analysis of the history of positive emotions through the integration of affect studies and intertextuality and reception studies.

The Institute for Humanities Research has also announced that Victoria Thompson will serve as associate director. Thompson is currently an associate professor of French and European history in the School of Historical, Philosophical and Religious Studies.

Thompson's research interests include the history of urban space, travel and travel writing, the history of women, gender and sexuality, political culture, and the role of emotion in the formation of collective and individual identities. She is the author of "The Virtuous Marketplace: Women and Men, Money and Politics in Paris, 1830-1870" (The Johns Hopkins University Press, 2000) and, with Rachel G. Fuchs, "Women in European History" (Palgrave MacMillan, 2004).

"The DNA is a match." When you hear that phrase on modern-day detective shows, you know the jig is up; the bad guy has been caught. In a fictional TV world where crimes are solved in 30 minutes, nobody ever questions the authority of DNA evidence. In real life, though, doubt can easily be cast on it because people get confused by scientific jargon, or because of uncertainties about how the evidenc... 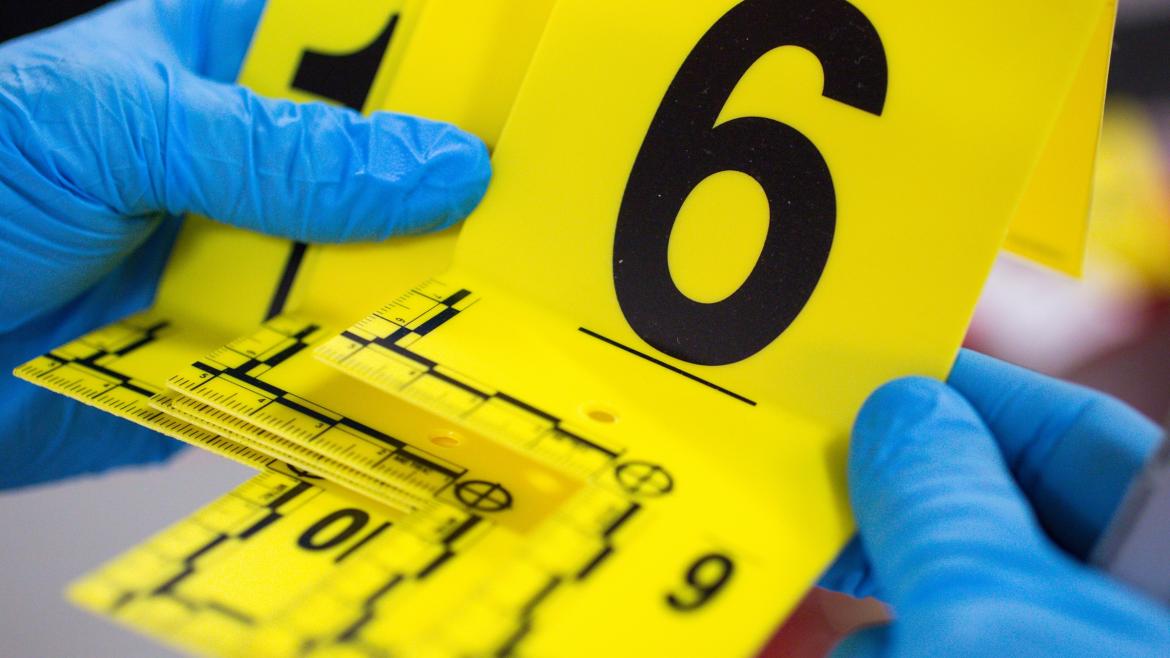 New ASU certificate to help curb error, misunderstanding in the quest for justice

When you hear that phrase on modern-day detective shows, you know the jig is up; the bad guy has been caught. In a fictional TV world where crimes are solved in 30 minutes, nobody ever questions the authority of DNA evidence.

In real life, though, doubt can easily be cast on it because people get confused by scientific jargon, or because of uncertainties about how the evidence was obtained and handled — in one famous case, the O.J. Simpson murder investigation, both factors ultimately contributed to the outcome of the trial.

But when justice hangs in the balance, there is no room for error or misunderstanding.

As a professor and associate director of the school, Fradella saw a need to ensure students interested in both the public service and scientific sides of criminal investigation were getting the best possible understanding of each other’s functions, techniques and limitations.

“The purpose of the Criminal Investigations Certificate is to make sure that justice practitioners who are not scientists understand what’s going on in the lab, and vice versa,” he said. 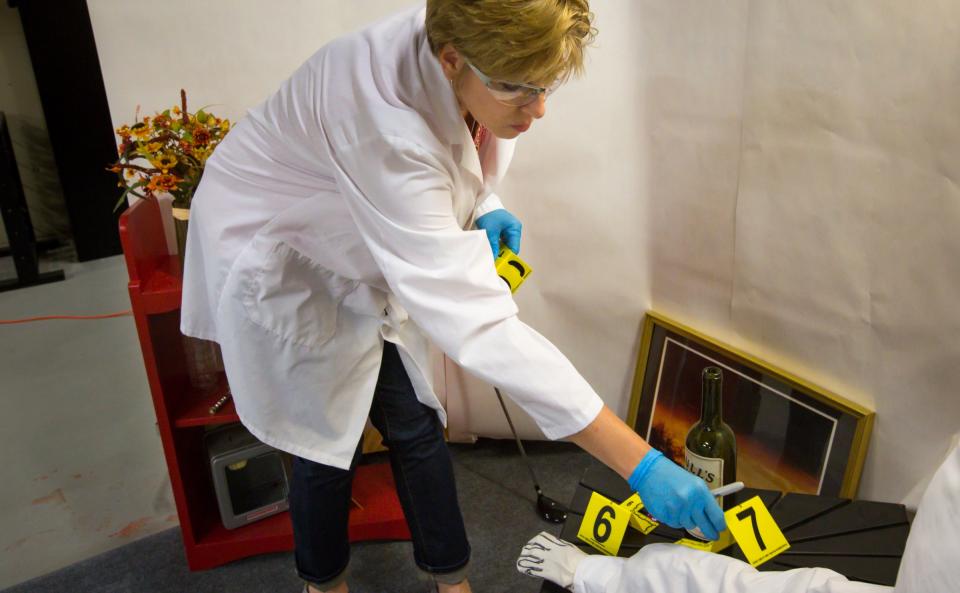 Kimberly Kobojek, clinical associate professor in the School of Mathematical and Statistical Sciences, places evidence markers in a simulated crime scene in her forensics lab on ASU’s West campus. The new Criminal Investigations Certificate will include courses from two ASU colleges and seeks to create interdisciplinary understanding between the science and the public service side of criminal investigations. Photo by Charlie Leight/ASU Now

“They have to know how to secure that scene in a way that does not taint the evidence, and they have to be able to preserve the evidence for future forensic testing in a way that ensures a certain degree of reasonable scientific certainty of the accuracy of the testing results,” Fradella said.

As for the scientists doing the forensic testing, they need to know what happens in the field before the evidence comes to them in the lab, as well as understand the limits justice responders are under — especially in relation to the Fourth Amendment’s regulations on lawful search and seizure.

“We hope with the addition of this certificate that undergraduate students on either side of the quest for justice will be able to effectively converse with each other using proper nomenclature and a better understanding of the entire criminal investigation process,” Fradella said.

Courses required to obtain the certificate will include ones offered through New College of Interdisciplinary Arts and Sciences on ASU’s West campus.

“The School of Criminology and Criminal Justice is particularly indebted to the forensic science program at the West campus,” said Fradella. “The faculty and staff in the School of Mathematics and Natural Sciences have been wonderful partners in this endeavor.”

For more information on the certificate, including admissions criteria and course requirements, click here.