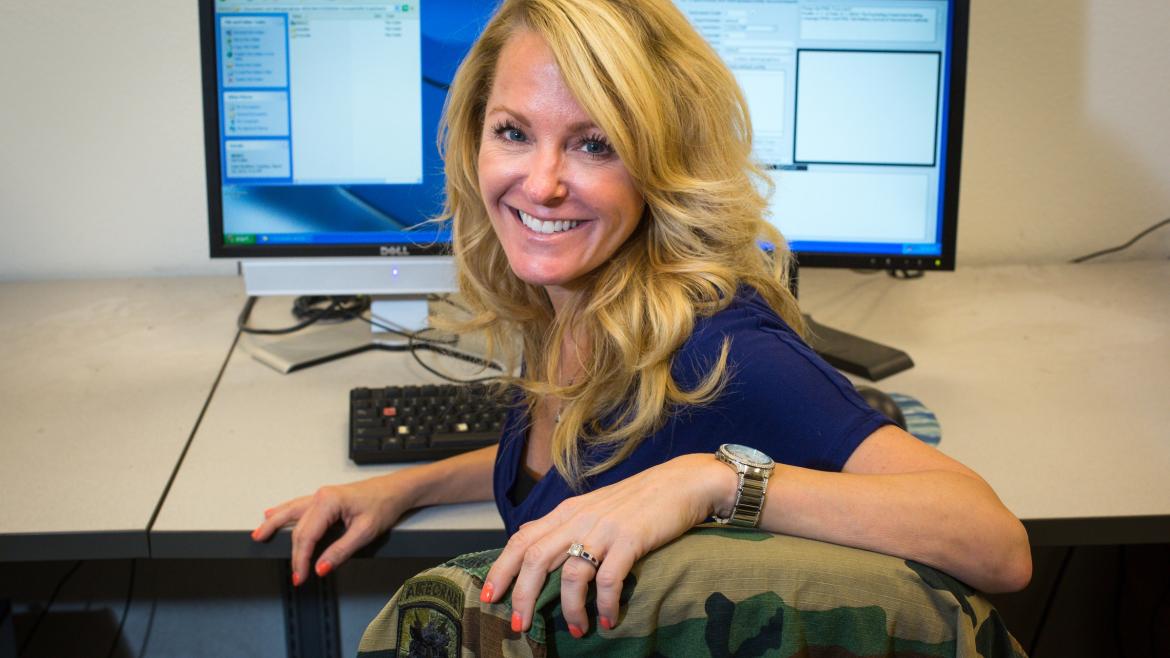 An Army veteran studying for a doctorate at Arizona State University has won a highly competitive scholarship from the Pat Tillman Foundation to enable her research into military members who’ve suffered traumatic brain injuries.

Karen Gallagher, who served in the Gulf War, said the prize will help her further investigate how concussions affect service members as they transition into civilian and college life. She’s one of three ASU students to be awarded the scholarship this month.

“Back when I served, there was less attention drawn to it,” Gallagher said. “Now that some people who can throw a football really well are starting to have multiple effects of mild traumatic brain injury, the nation’s paying attention.”

A debate over football safety has raged after reports that several former star players — including Hall of Famers Junior Seau and Frank Gifford — had a degenerative brain disease with symptoms that may include depression, memory loss and suicidal thoughts.

Gallagher said veterans returning from duty have a high instance of brain injury and that many student vets she has worked with have told her about memory problems and learning difficulties. She’s looking for a way to make things better.

Her interest in the subject goes back to her days as a paratrooper.

“Even jumping while in training, a lot of us hit our heads at one time or another and got our clocks cleaned,” she said. Attendant problems have been underreported, she said, because it’s “somewhat of an invisible injury, and the culture of the military is: ‘Suck it up, and drive on.’”

It can be worse for those who’ve been deployed in war zones, where risks include “blasts, falling buildings, projectiles and motor vehicle accidents,” she said. 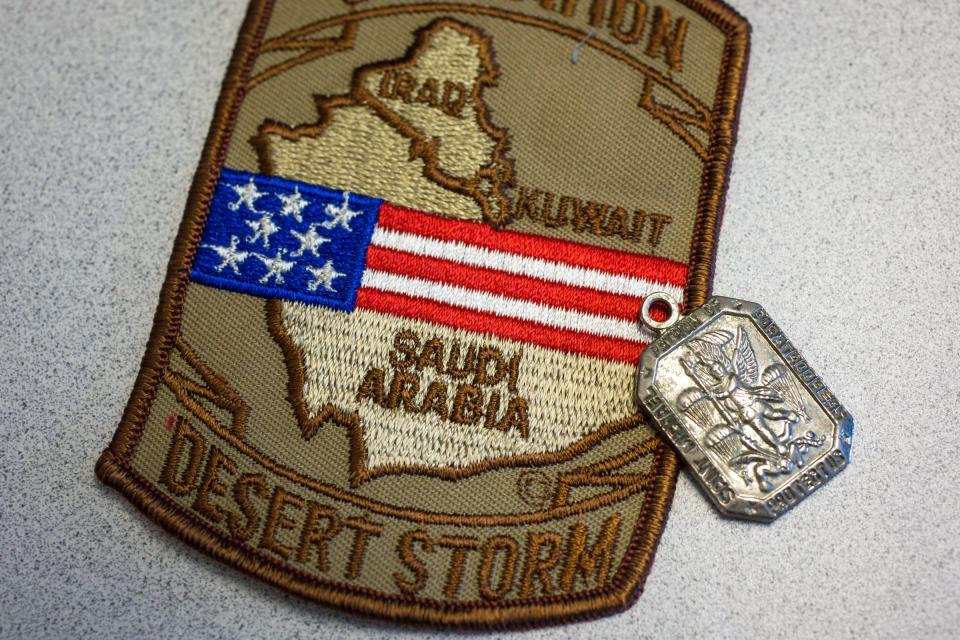 Karen Gallagher, recently named a Tillman Scholar, displays her Operation Desert Storm patch along with the St. Michael’s medallion she wore while serving 25 years ago. St. Michael is considered the patron saint of paratroopers. Photo by Charlie Leight/ASU Now

Gallagher has been able to make progress in her research where others haven’t because her military experience encourages vets to speak frankly about their problems.

When vets “talk to each other behind closed doors, the conversation is very open and direct,” said Chris Cadeau, a 29-year-old journalism major at the Walter Cronkite School of Journalism and Mass Communication who served in the Marines from 2006 to 2013. “Karen’s going to tell it like it is, because she’s one of us.”

Gallagher joined the Army in 1988, almost by chance. She said she came across an article on women in the military in her hometown newspaper, the Orange County Register. She said she felt compelled to join the service and decided to enroll without telling anyone — even her parents.

“Right before I signed and swore in, I called them and said, ‘Here’s where I’m at, and here’s what I’m doing.’ Bam! Then I hung up,” she said. “I didn’t give them a chance to argue or debate.”

A fellow service member describes her as motivated and focused.

“She had this fire inside, and it seemed like nothing held her back,” said Staff Sgt. Joe Moore, who served alongside Gallagher at jump school and in Fort Bragg, North Carolina. “She led our group in PT and paced us every day. She was also the first person out of the airplane on all our jumps. She was never someone who just met the standard but someone who set the standard.”

The Pat Tillman Foundation provides scholarships for active-duty service members, veterans and military spouses. It’s named for the ASU alum who walked away from an NFL career with the Arizona Cardinals to join the Army after the terror attacks of Sept. 11, 2001. He served in Iraq and Afghanistan, where he was killed in 2004.

The foundation said it received about 2,000 applications and handed down 60 scholarships of various amounts around the U.S. this year. The awards are merit-based and average about $15,000, foundation spokeswoman Elizabeth O’Herrin said. The scholarship amount depends on the recipient’s financial need.

Gallagher, a tenure-track clinical professor in ASU’s Department of Speech and Hearing ScienceThe Department of Speech and Hearing Science is part of ASU's College of Health Solutions., said that after she completes her doctoral program she plans to expand her research of service-related conditions and possible treatments of the military community, with an emphasis on those entering college.

She said she would like to help create a multidisciplinary center on campus that provides cognitive coaching, counseling and transition support services.

“She conducts research that benefits everyone,” Sweatt said. “Vets know they’re coming into an academic environment with challenges. Karen’s ideas and research will help them resolve their issues and encounter less hiccups while they’re going to school.”

The Tillman Foundation also awarded scholarships to ASU students Dominic Valentini and Katelyn Newton. Valentini is a Navy vet seeking a master’s degree in business administration. Newton is a military spouse pursuing a doctorate of nursing practice in pediatrics.

Valentini was commissioned in 2010 as a Navy explosive ordnance disposal officer and later deployed to Afghanistan, where he survived a bomb blast. Today, he helps technicians safely transport and destroy explosive hazards within California, Nevada, Utah, New Mexico and Arizona. He also manages a multimillion-dollar budget for the Navy and was drawn to ASU to formalize his business training to better manage his detachment's day-to-day operations.

Newton, whose husband is an explosive ordnance disposal technician, serves as a pediatric oncology nurse and volunteers her medical skills at camps for children with cancer, special events serving children in foster care and their families, and schools as far away as Tanzania. She is pursuing her doctorate to further develop her skills so she can improve pediatric oncology and pediatric palliative care.

As a university partner with the foundation, ASU takes part in the selection process, said Christian Rauschenbach, program manager at the Pat Tillman Veterans Center.

“This year, our selection committee was able to forward three semifinalists to the Pat Tillman Foundation out of the 58 who applied,” he said. “The applications from Dominic, Katelyn and Karen really stood out. We were absolutely thrilled when we heard that all three were selected for scholarships.”

Sabine Feisst, professor of musicology in the School of Music, was a keynote speaker at Sonic Environments in Brisbane, Australia. Organized by the Australasian Computer Music Association and the Australian Forum for Acoustic Ecology, this international conference brought together artists and scholars from Europe, the U.S., Canada, Asia, New Zealand and Australia to discuss "ecological, social and...

Sabine Feisst, professor of musicology in the School of Music, was a keynote speaker at Sonic Environments in Brisbane, Australia. Organized by the Australasian Computer Music Association and the Australian Forum for Acoustic Ecology, this international conference brought together artists and scholars from Europe, the U.S., Canada, Asia, New Zealand and Australia to discuss "ecological, social and cultural contexts of our sonic environments" and deepen our understanding of the role of sound and technology in a rapidly changing world.

In her keynote address, Feisst elaborated on ecomusicological perspectives on sonic environments. 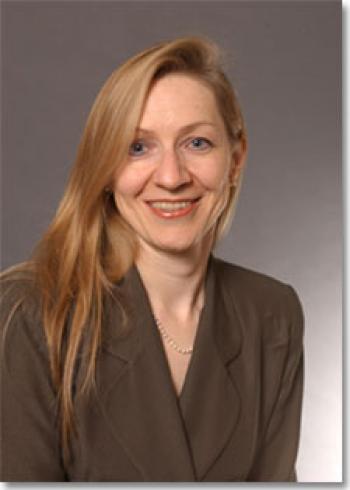