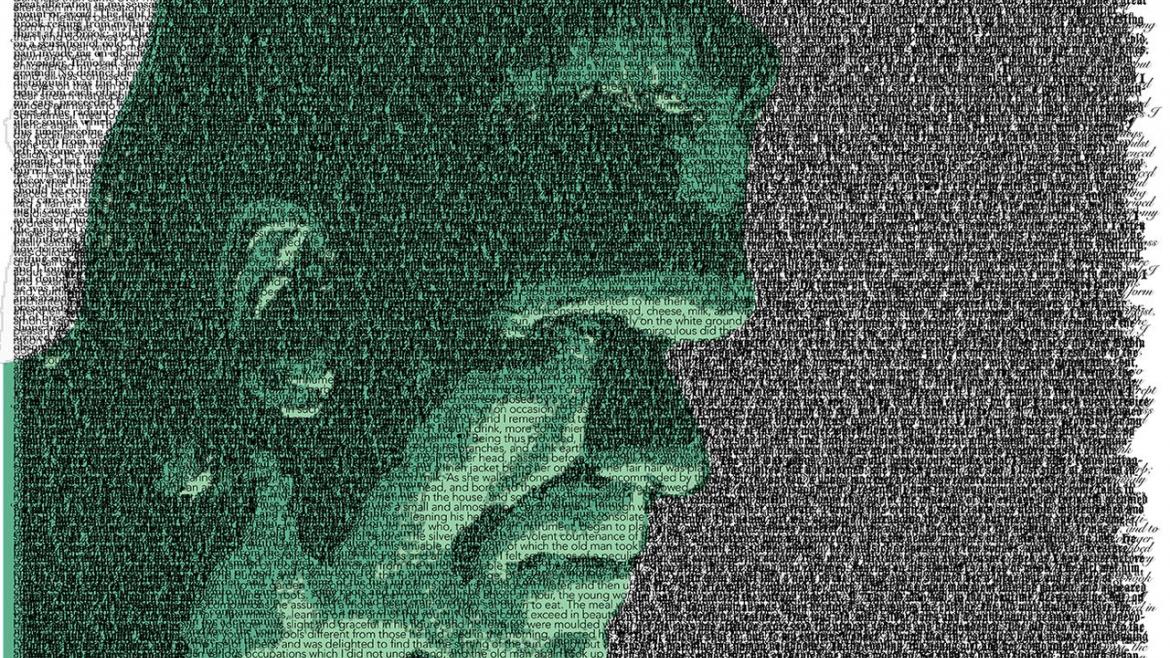 Two hundred years ago, in the early morning hours of June 16, Mary Shelley found herself possessed by a waking dream in which she “saw the hideous phantasm of a man stretched out, and then, on the working of some powerful engine, show signs of life …”

Born of a nightmare, the story of Frankenstein is one of the most enduring cautionary tales regarding scientific creation and moral responsibility. As the story goes, a young Shelley conceived of the idea after a group of fellow writers dared each other to write the best scary story during the inclement summerThe year 1816 is known as the Year Without a Summer as the world was locked in a cold, volcanic winter caused by the eruption of Mount Tambora in 1815. In 1816, when Mary Shelley and Percy Bysshe Shelley (her soon-to-be husband) visited Lord Byron at Lake Geneva in Switzerland, the weather did not allow for outdoor activities, so the group spent time reading each other ghost stories indoors. of 1816 on the shores of Lake Geneva.

The competition is part of the larger Frankenstein Bicentennial Project, launched by co-directors David GustonDavid Guston is the founding director of the School for the Future of Innovation in Society and co-director of the Consortium for Science, Policy and Outcomes. and Ed FinnEd Finn is the founding director of ASU's Center for Science and the Imagination. He is also an assistant professor with a joint appointment in the School of Arts, Media and Engineering (Herberger Institute for Design and the Arts/Ira A. Fulton Schools of Engineering) and the Department of English (College of Liberal Arts and Sciences). in 2013 to position ASU as a hub for the seminal novel’s global bicentennial celebration.

“From the very beginning [‘Frankenstein’] found a happy home onstage and, later, on celluloid, television and video — not to mention breakfast cereal, Halloween costumes, political cartoons and more,” said Guston.

“The novel itself grapples with issues — already apparent to Mary at the cusp of our scientific age but appearing again in each generation of knowledge-based technology, from galvanism forward to synthetic biology and artificial intelligence — related to the nature of creativity and responsibility.

“This theme, of course, applies to the earliest myths about the creation of human beings in many religions, but Mary’s story, dense with conflicting norms and changing paradigms, emerged as a modern myth suitable for retelling and reconfiguring.”

The Frankenstein Bicentennial Dare will be separated into two categories. The first, presented by ASU, NaNoWriMo and Chabot, invites participants to write short, scary tales about unexpected consequences and unintended monstrosities — though monsters are not always evil, and things that begin innocently enough, like a song, can be misappropriated and wrought into something monstrous. Winners of the short-fiction contest will receive personal feedback from Hugo and Sturgeon Award-winning science fiction and fantasy author Elizabeth Bear, as well as a curated selection of classic and contemporary science fiction books. Submissions will be accepted through July 31.

The second, a long-form nonfiction competition presented by ASU and Creative Nonfiction magazine, asks authors to document true stories about the evolving relationships between humanity and technology for a chance to win a $10,000 grand prize or one of two $2,500 runner-up prizes. Winners will be announced in mid-2017, and winning essays will be included in an upcoming issue of the magazine. Submissions will be accepted through March 20, 2017.

Center for Science and the Imagination editor and program manager Joey Eschrich hopes the wide reach of ASU and the various partners involved will ensure the greatest amount of public engagement possible.

Science advancements and writing have a long history together.

“As long as people have tried to create new knowledge (aka ‘science’) there has been someone else there to write about it,” said ASU English professor Cajsa Baldini, the advantages of which include “the benefit of combining entertainment and the engagement of the individual imagination with serious ethical inquiry.”

Submissions for the Frankenstein Bicentennial Dare are being accepted now. Full details, contest rules and guidelines for entries can be found at frankenstein.asu.edu/dare.

“I hope that we identify some really insightful, inspirational and creative approaches to understanding how we might — and how we should — engage with science and technology,” said Guston, “and, in the words of one scholar, learn to love the monsters that we create.”

Top image by Nina Miller, Center for Science and the Imagination graphic designer

The College of Liberal Arts and Sciences , Arts

As the founding, platinum-level member and industry partner of CDF, Allstate Insurance will pledge $1.5 million over three years to support scholarship, student fellowships and competitions related to cybersecurity and digital forensics. In return, it will receive assistance in sourcing ASU students for internships, opportunities to partake in CDF-sponsored events, and office space at SkySong, the ASU Scottsdale Innovation Center. 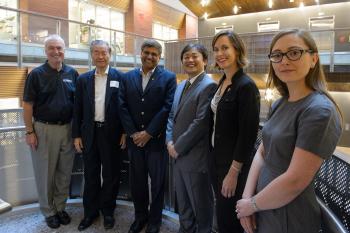 “In addition to managing sensitive and valuable data, Allstate is also arming itself against potential risks that might accompany emerging cyber-related technologies, including smart vehicles and home automation,” said Gail-Joon Ahn, director of the center and professor at the Ira A. Fulton Schools of Engineering, who will be leading the partnership. “Allstate’s partnership with the Center for Cybersecurity and Digital Forensics will help identify and understand potential risks to help the insurance company continue to provide excellent service and fulfill its business goals.”

“Allstate provides innovative protection and retirement solutions to more than 16 million households across the country. We are also committed to the protection of confidential information,” said Paul Black, director of security engineering and operations at Allstate Insurance Company. “Our partnership with ASU aligns perfectly with our goals; to keep ahead of evolving cyber threats and constantly deploy innovative methods to protect our valuable information assets. We’re excited to collaborate with ASU to share cutting-edge academic research and apply what we learn to real-time corporate issues.”

The partnership is expected to be the first of many that will link the center to industry, university and government entities that will play a vital role in producing a skillful workforce in the area of national security and contribute to economic growth.

To extend the impact of ASU cybersecurity and digital forensics research even further, CDF also aims to promote commercialization and technology transfer activities to advance innovation and entrepreneurial activities in the field.

“This partnership fits perfectly with the center's mission, bringing together expertise from private industry and academia, and giving students an opportunity to get hands-on experience. I look forward to working with Allstate to continue to establish the Valley as a leader in cybersecurity research, entrepreneurship and education,” said Nadya Bliss, director of the Global Security Initiative that houses CDF.

The Center for Cybersecurity and Digital Forensics focuses on three pillars — education, research and innovation — to help produce an outstanding workforce in the area of national security. It tackles short-term and long-term security challenges via top-notch research expertise and activities; and significantly contributes to economic growth in Arizona and the U.S. by transferring innovative and patented technologies to the marketplace.