5 questions with a premier poet

Tempe campus
ASU's Norman Dubie reads his poems and shares why poetry is so important today.
The why's and where's of writing: Award-winning poet Dubie on his inspirations.
June 9, 2016

ASU professor Norman Dubie, winner of the international Griffin Prize, in his own words

For Norman Dubie, poetry has been a lifelong pursuit.

The Regents’ Professor of English, who came to Arizona State University in 1975 to establish its creative writing program, has written poems since age 15, though his interest in them was sparked at an even younger age.

At ASU, Dubie has taught hundreds of undergraduate and graduate students, formed a community of poets and been published widely. His work has been bestowed numerous accolades, including the PEN USA prize for Best Book of Poetry. In early June, he was awarded the Griffin Poetry Prize, an international recognition of the best book of poetry published in English, for his collection "The Quotations of Bone."

Here, he talks about the importance of poetry and reads some of his work.

Question: What has it been like since winning the Griffin Poetry Prize?

Answer: Unfortunately, I wasn't able to go to Toronto [for the award ceremony] for health reasons. My editor, Michael Wiegers, represented me and he read poems there on the night of the ceremony in front of 2,000 people, which is very brave of him. …

This competition involves 43 countries — it's an international prize — it’s 43 countries, and publishers in each country nominating books. There were seven or eight hundred titles and three jurors. So all of that is, you know, it's very harrowing and everything. I figured I'd eliminated myself by not being able to travel to Toronto. So I was having Thai food Thursday night with some friends when the phone rang and Michael said, “You’re not going to believe this, but you won anyway.” And I said, “Uh-oh!” [laughs]

Q: Why poetry? Why is it critically important in our lives today?

A: A former student called me this morning explaining that he is suffering from stage II lymphoma and he was reading several poems of mine and that he was greatly consoled by them on a very difficult night when he couldn't sleep. That helps.

One of the first poems I ever published in The New Yorker is called “Elizabeth’s War with the Christmas Bear.” It’s a poem about a strong woman who survives a privy council of evil men, and an attack by a bear that had been baited out in the gardens in the summer when everyone had fled London because of the plague. I got this letter from a woman in North Dakota who said she had carried two duffel bags full of frozen diapers to this laundromat and sat there while they were in the wash and cried and then looked at the magazines that were discarded on the table in front of her. And there was The New Yorker with this poem for Elizabeth. She read it, she took heart from it and she said “I didn't off myself and my children.” That always helps. That always makes poems seem relevant, when you get reports like that. …

It’s not a question of the art’s relevance, it's just how do you find enough time to really deal with the audience that's out there? … There are people out there who are completely taken up with language. It's our first resource almost after whatever is going on in terms of smart proteins inside our bodies. So, the writing of poetry is redemptive, and the reading of poetry is redemptive. [laughs] Propaganda, right?

Q: Where do you write? Does your writing change when you change places?

I’ll give you extreme examples about place and writing for me. When I was first writing when I was a teenager, I started writing with the first snow there in northern New England. And I stopped when the lady’s slippers came up through the snow in April — so I was a seasonal writer. I was somewhat like that for a very long time. When I came here, I decided the summer was the winter. … Here in the desert I've written at night and very heavily between June and October.

Q: What are you reading?

A: I'm reading a really sort of disturbing book that I promised myself I would go back to. It’s called “Hope Against Hope,” by Nadezhda Mandelstam. Osip — the Silver Age Russian poet, Osip Mandelstam, who Stalin in fact sent to labor camps several times, finally had a fatal coronary on the train going back for the third time. His widow was a brilliant woman, and she wrote this book, “Hope Against Hope,” and then she wrote a follow-up, “Hope Abandoned.” …

I'm also reading a biography on the poet Wallace Stevens, and I'm reading an old student of mine who has many books. I have several of her books open. Her name is Sarah Vap. She’s just brilliant, a wonderful poet.

Q: Is there anything else you’d like to add?

A: Once there was an expedition to West Africa — British 19th-century expedition — and they were approaching the forest and this pygmy elder came out of the forest and walked up to them and said, “There is a dream dreaming us.” He turned around and went back into the woods. And that's how I feel about life on this planet. I think in this creation we are immersed in an infinite mind.

'Ars Poetica,' from 'The Mercy Seat'

'The Night Before Thanksgiving,' from 'The Mercy Seat'

'Letters for Little Mila,' from Griffin Prize-winning 'The Quotations of Bone'

'Sparrow,' from Griffin Prize-winning 'The Quotations of Bone'

Hear more from Dubie on his inspirations and takes on writing:

Interview edited for clarity and length.

Top photo: Norman Dubie, a Regents' Professor in the Department of English in ASU's College of Liberal Arts and Sciences, answers questions on the ASU Tempe campus on June 6. Photo by Deanna Dent/ASU Now

Building a community within a classroom

Dance artist, creative producer and teacher Marcus White, who will join the faculty of ASU’s School of Film, Dance and Theatre in the Herberger Institute for Design and the Arts this fall, says he cultivates community and diversity in his classroom, and he plans to bring those values to ASU.“I’m super excited to join ASU this fall,” said White. “Arizona State certainly has positioned its... 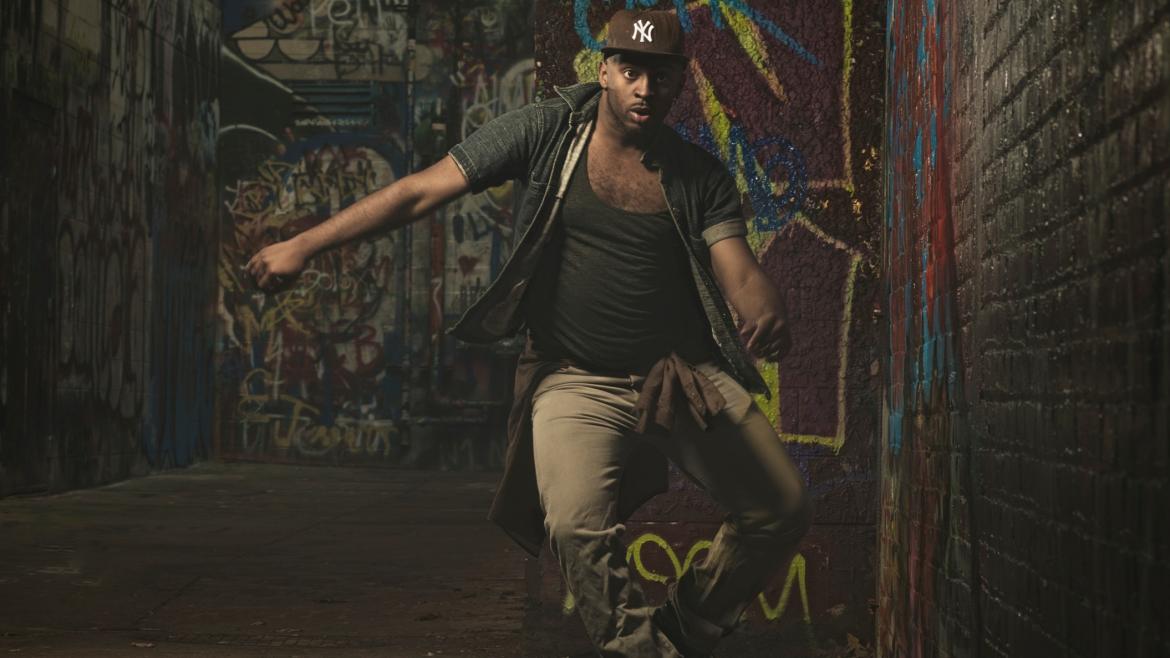 Building a community within a classroom

Dance artist, creative producer and teacher Marcus White, who will join the faculty of ASU’s School of Film, Dance and Theatre in the Herberger Institute for Design and the Arts this fall, says he cultivates community and diversity in his classroom, and he plans to bring those values to ASU.

“I’m super excited to join ASU this fall,” said White. “Arizona State certainly has positioned itself as a leader in the nation. In particular, as someone who works in an interdisciplinary way, I was drawn to the School of Film, Dance and Theatre and the Herberger Institute.”

White is the founder and creative director of Marcus White/White Werx, a performance production company that spans various genres and dance styles. As director, he has created work for both stage and screen. His teaching practice draws on postmodern contemporary dance and urban styles, specifically waackingWaacking consists of moving the arms — typically over and behind the shoulder — to the music beat. It also involves posing and footwork., vogue and house. Additionally, White is a dance film creator and curator. In these roles, he has worked closely with presenters such as the Dance on Camera Festival at Lincoln Center, American Dance Festival’s Movies by Movers and the newly developed “Dance: American Art 1865–1960” exhibition, which celebrates dance in visual art developed at the Detroit Institute of Arts and is expected to tour throughout the United States.

“He brings deep connections into professional practice, is a master of both urban and modern forms and has a deep interest in working in communities,” said Stephani Etheridge Woodson, interim director of the School of Film, Dance and Theatre. “He has a vibrant professional practice and copious curiosity. We are lucky to have lured him to Arizona.”

White says he considers his classrooms “communities of thinkers and movers” and the studio as a laboratory for ideas and practices, both for the students and himself. He also has a history of expanding that community to reach lower socio-economic communities. In North Carolina, he founded Paradigm Dance, where he developed relationships with Greensboro City Arts to implement an afterschool dance program in the city’s cultural centers within those communities. Later, he developed a program called Moving Voices in Michigan. The Moving Voices project uses dance as a tool to encourage youth to engage in social impact and as a way to empower participants to use movement to tell their own stories.

“Working specifically at the intersection of cultural theory, movement practice and digital media, I come with a unique lens to craft stories and narrative using dance and film,” White said.

Marketing and communications coordinator , Herberger Institute for Design and the Arts