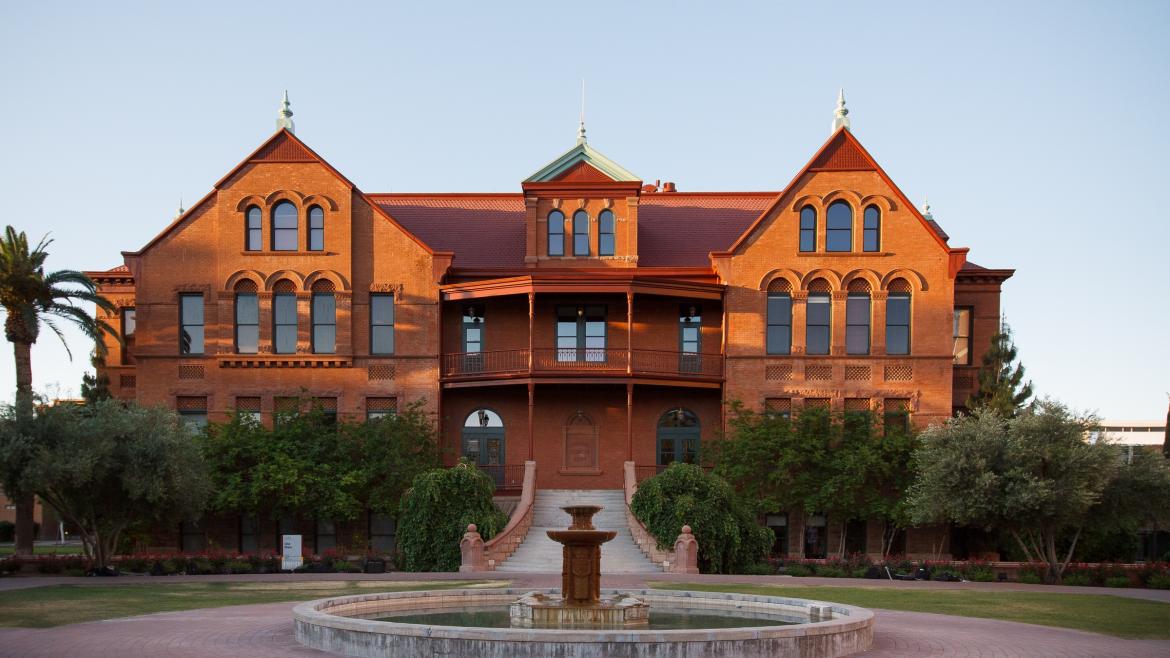 Rep. Matt Salmon, who has represented the 5th District of Arizona for five terms in Washington, will join Arizona State University as vice president for government affairs at the end of the 114th Congress. 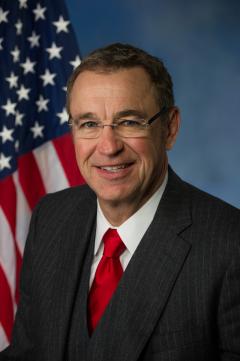 Salmon (pictured left), a member of the House Committee on Education and the Workforce, will oversee the university’s local, state and federal relations teams, putting his years of experience as a state and federal lawmaker to work on behalf of an institution that is committed to the economic, social and cultural health of the communities that it serves.

“Matt’s impressive experience, combined with his love for Arizona and his commitment to ASU, will bolster our efforts to make this institution a model for comprehensive public research universities across the nation,” said ASU President Michael M. Crow. “Our relationships with lawmakers and education policy-makers will be greatly strengthened with Matt on our team.”

Salmon graduated from ASU in 1981 and holds a Master’s of Public Administration from Brigham Young University. After a career in telecommunications, he was elected to the Arizona State Senate, where he rose to assistant majority leader and chairman of the Rules Committee before his election to Congress in 1994.

Salmon served three terms before honoring a self-imposed term limit and leaving Congress in 2000, at which time he worked as a consultant to ASU on matters related to education policy. He returned to Congress in 2012 and was re-elected in 2014.

Salmon is a member of the House Committee on Foreign Affairs, and he speaks fluent Mandarin. Salmon has served as chairman of the Subcommittee on the Western Hemisphere and as chairman of the Subcommittee on Asia and the Pacific, and he has led numerous delegations to China. In his new role, he will assist ASU in advancing its global strategy, including working with the governments of other countries to advance international projects.

“I have been privileged to have a unique vantage point from which to watch the evolution of Arizona State under the leadership of President Crow,” Salmon said. “Now I look forward to increasing the investment of resources in ASU and the Arizona higher-education system, and enhancing ASU’s partnerships with Arizona cities and countries, the federal government, tribal communities and its international partners.”

Salmon joins ASU at a time when all the traditional sources of support for public research universities are under stress and the university is expanding its efforts to open the doors to education to all qualified Arizonans. In his new role, he will serve as an advocate for higher education and the unique ASU mission and model to help facilitate ASU's acquisition of new resources from international, national, state and municipal partners and investors.

“As a fellow Sun Devil, I’m thrilled to see Congressman Salmon return to his alma mater,” Gov. Doug Ducey said. “While we will miss his leadership in the United States Congress when he retires at the end of this year, I’m excited about the policy expertise, national profile and global relationships he will bring to this new role at Arizona State University.

“His commitment to innovation, higher education and advancing Arizona fits perfectly with Dr. Crow’s vision of the New American University. Congressman Salmon’s experience with state, federal and international affairs will further advance the reputation ASU is earning as one of the leading academic institutions in the world.”

Rep. Kyrsten Sinema also welcomed the news: “I am thrilled Matt will be rejoining the ASU family,” said Sinema, an ASU alumna who represents the 9th District of Arizona in the U.S. House. "He is a critical addition to the culture of innovation and entrepreneurship that we need to create Arizona's next generation of leaders."

Norman Dubie, Arizona State University Regents’ Professor of English, was awarded the 2016 international Griffin Poetry Prize for his collection "The Quotations of Bone," an exploration of viciousness and humanity. It is his 29th collection of poems.“This is huge news — for Norman, the Department of English, ASU and the creative writing program,” said Cynthia Hogue, Maxine and Jonathan Mar...

Dubie honored with $50,000 international prize, the world’s largest for a first-edition single collection of poetry written in or translated into English

Norman Dubie, Arizona State University Regents’ Professor of English, was awarded the 2016 international Griffin Poetry Prize for his collection "The Quotations of Bone," an exploration of viciousness and humanity. It is his 29th collection of poems.

“This is huge news — for Norman, the Department of English, ASU and the creative writing program,” said Cynthia Hogue, Maxine and Jonathan Marshall Chair in Modern and Contemporary Poetry and professor of English at ASU. “This international poetry prize is just shy in distinction of the Nobel Prize internationally, or the Pulitzer Prize nationally. 'The Quotations of Bone' is one of Dubie's most powerful and visionary works in the last two decades.” 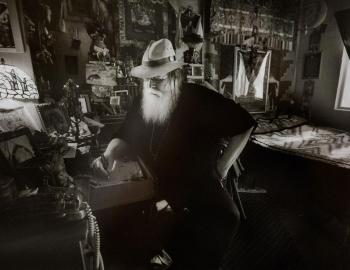 Dubie, who was described by the New York Times as “one of our premier poets,” established the ASU Department of English’s master of fine arts program in creative writing — which U.S. News & World Report has ranked in the top 20 in the nation — in 1975. He has taught at the university since then, during which time his writing appeared in virtually every major outlet of poetry, including the American Poetry Review, the New Yorker and the Norton Anthology of Modern Poetry.

He is the recipient of fellowships from the National Endowment for the Arts, the Guggenheim Foundation and the Ingram-Merrill Foundation, among others. In 2003, Dubie’s “The Mercy Seat: Collected and New Poems 1967-2001” won the PEN USA prize for Best Book of Poetry.

“When I spoke with Norman, he was typically nonchalant about this prospect,”  said Department of English Chair Mark Lussier. “Here’s to those with the perception to recognize the impact and importance of the gentle, quiet giant of our department.”

“Norman Dubie is one of ASU's most prominent and important faculty members in the humanities,” said George Justice, dean of humanities in ASU’s College of Liberal Arts and Sciences. “This latest award in his storied career demonstrates the impact and lasting value of his work. We are proud to have him on the faculty.” 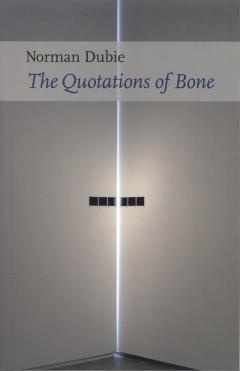 The lucrative Griffin Poetry Prize is administered by the Griffin Trust, which was founded in 2000 by publisher Scott Griffin with authors and Griffin trustees Margaret Atwood, Robert Hass, Michael Ondaatje, Robin Robertson and David Young. Its purpose is to raise awareness of the role of poetry in the public’s imagination and cultural life.

Each year, the trust awards two literary prizes of $65,000 Canadian (about $50,000 U.S.) — one to a living poet who is a resident of Canada and one to a living poet from any country. Additionally, shortlisted poets who read at the annual Griffin Poetry Prize Shortlist Readings in Toronto are awarded $10,000 Canadian each (about $7,700 U.S.). This year’s Canadian Griffin Poetry Prize was awarded to Liz Howard for her “Infinite Citizen of the Shaking Tent.” The other 2016 shortlisted authors are Joy Harjo, Don Paterson, Rowan Ricardo Phillips, Ulrikka S. Gernes and Soraya Peerbaye.

In their citation, Griffin Poetry Prize judges Alice Oswald, Tracy K. Smith and Adam Sol wrote, “The poems in Dubie’s newest collection are deeply oneiric, governed by vigorous leaping energy that brings the intimate into contact with history, and blurs the distinction between what is real because it once happened, and what is real because of the empathic manner in which it has been felt.”

Submissions to this year’s prize included 633 books of poetry from 43 countries, including 25 translations.