The ASU Herberger Institute for Design and the Arts has appointed Tiffany López as the director of its School of Film, Dance and Theatre. López, a professor at the University of California Riverside in the Department of Theatre, Film and Digital Production and an Endowed Chair in the College of Humanities, Arts and Social Sciences, officially begins her tenure July 1.

“Dr. López has unbounded energy and vision and will be a great asset to our faculty and students,” said Steven J. Tepper, dean of the Herberger Institute. “Her life, scholarship and creative work exemplify the values and aspirations of the New American University. She is the perfect person to lead us into the future as a place that deeply engages its community, prepares artists for many different social and professional roles, and values and advances the diverse cultural expression of our city, region and world.” 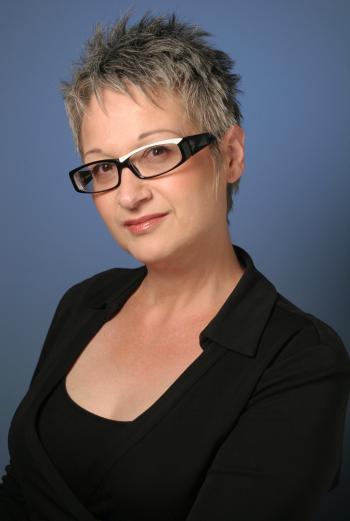 Tiffany López begins as director of ASU's School of Film, Dance and Theatre, in the Herberger Institute for Design and the Arts, on July 1. Download Full Image

López brings more than 30 years of engagement within the arts community and 21 years as an academic to the role.

“This is an extraordinary time to join the School of Film, Dance and Theatre and the Herberger Institute as a visionary place for training global artists and leaders,” López said.

Her current scholarship on how theatre artists use their work to create shared vocabulary for processing violence and trauma connects with the institute’s ongoing work at the intersections of art, health, and youth and community development. López deeply understands how a university can be a force for cultural change and growth in the community. At UC-Riverside, she founded the Latina/o Play Project at the Culver Center for the Arts in Riverside to engage the community in telling its own story.

“As an educator and artist, I’ve dedicated the length of my career to thinking about issues of diversity as intrinsic to cultivating excellence in the work that we do — that’s a very strong vision and a point of commitment I’ll bring to the position,” López said. “I’m excited to be a part of the initiatives and the transformative conversations underway within the Herberger Institute and the opportunity to actively engage both the mission and the impact of diversifying the arts.”

López, the first in her family to graduate high school and attend college, says she is a poster child for public education and is excited to work with the ASU student population. She attended community college with plans to manage a fast-food restaurant, but education set her on another path. With support from student programs and fellowships, she transferred to California State University, Sacramento, where she received a bachelor’s degree in English. She earned a master’s degree and a doctorate at the University of California, Santa Barbara. López’s honors include a Chancellor’s Award for Excellence in Mentoring Undergraduate Research and grants from the National Endowment for the Humanities, Ford Foundation and Rockefeller Foundation. She is also a Fulbright Scholar.

“I understand how the path of obtaining and receiving an education is not only personally transformative but also transforms your entire family history by showing what’s possible,” she said. “And it transforms our communities by enabling us to give back and make a difference. The goal is to not just walk through new doors, but open them wider for others.”

It could be ripped from a comic book, but it’s not.A Russian billionaire drops $100 million on a decades-long mission to send a fleet of tiny spacecraft out of the solar system to the nearest star system, enlisting the help of a boy tech mogul and some of the world’s most brilliant scientists, one of whom communicates with an electronic speech synthesizer.This is the Breakthrough Starshot, and... 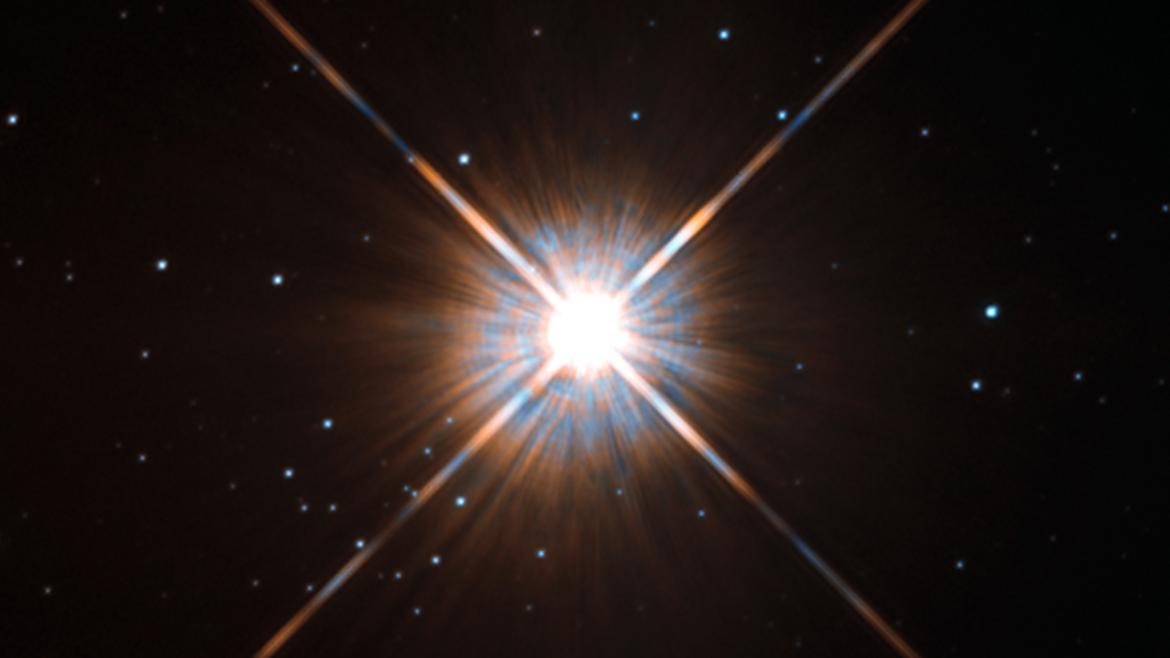 Breakthrough Starshot mission aiming for the stars, and ASU's Krauss is on team.
Probe traveling to nearest star is both inspiring and challenging.
May 20, 2016

It could be ripped from a comic book, but it’s not.

A Russian billionaire drops $100 million on a decades-long mission to send a fleet of tiny spacecraft out of the solar system to the nearest star system, enlisting the help of a boy tech mogul and some of the world’s most brilliant scientists, one of whom communicates with an electronic speech synthesizer.

This is the Breakthrough Starshot, and it’s going to Alpha Centauri.

Yuri Milner, a wildly successful tech investor, announced about a month ago he is funding a research and engineering program aiming for a flyby mission to Alpha Centauri within a generation. His advisory team encompasses a stellar group of scientists and engineers, including Arizona State University’s Lawrence Krauss, theoretical physicist Stephen Hawking and Facebook founder Mark Zuckerberg.

“It’s really exciting because I never dreamed in my lifetime it’d be possible to be involved in a probe going to the nearest star,” Krauss said.

Krauss — a theoretical physicist and cosmologist, Foundation Professor of the School of Earth and Space ExplorationThe School of Earth and Space Exploration is an academic unit of the College of Liberal Arts and Sciences., director of the Origins Project and the only physicist to have received awards from all three major American physics societies — said he expects to be involved with the project for the next 20 years.

“I was working out this morning so I can be healthy and alive when the first signal comes back,” he said. 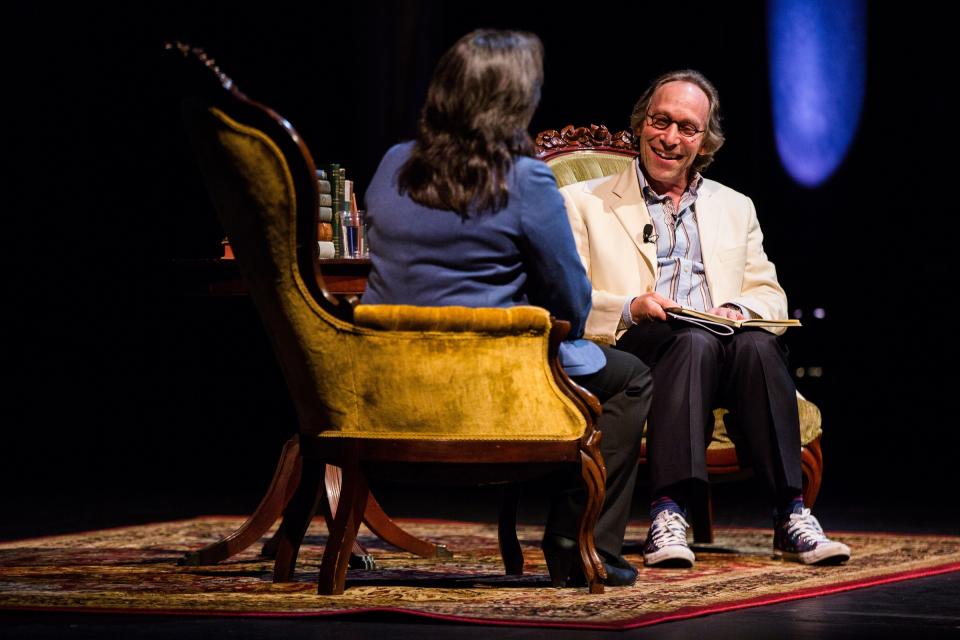 The plan is pretty simple. Launch a fleet of ultralight miniature spacecraft fitted with solar sails into space, give them a hard shove with a ground-based laser array, and wait about 20 years while they speed towards Alpha Centauri at 100 million miles per hour.

Executing the plan is not simple. Right off the bat there are about 24 engineering challenges that need to be solved. Breakthrough folks have claimed they’re relying on Moore’s Law to achieve some of them.

Moore’s Law says that the number of transistors that can be jammed into a computer doubles every two years. Compare the original cellphones the size of a shoe box to that sleek thing in your pocket today. That’s Moore’s Law at work.

And it might not work in this case. Jekan Thanga, assistant professor in ASU’s School of Earth and Space Exploration and head of the Space and Terrestrial Robotic Exploration Laboratory, has built one of the tiniest spacecraft yet — the SunCube Femtosat, a 3 cm cube.

“Moore’s Law is getting to the end of the road,” said Thanga, who has a doctorate in space robotics. “We can’t shrink forever in terms of numbers of transistors and silicon. ... I think the bigger challenge is withstanding force.”

The small size they’re aiming for can be achieved (not any time soon, but it’s possible, Thanga said). What’s going to be the big stickler is speed — not the 100 million mph velocity the fleet will be traveling at, but acceleration — surviving that laser shove into the galaxy, estimated to be thousands of Gs.

“Most electronics would literally be unusable at that point,” Thanga said. “For it to take on that continuously, we’re not there yet. ... We may have that technology already, but this is the type of stuff that can withstand an explosion.”

“It’s still individual technologies,” he said. “The technologies haven’t come together yet to make a system. ... The optimist view could be you draw a line for 50 years and see what comes out.”

With the solar sails and incredibly intense laser array, the entire project is going to push the edge of technology, Krauss said.

“It’s all incredibly challenging, but it’s not impossible,” he said. “What’s really neat is that this might be workable. The reason I’m happy to be involved with it is it’s a project governments wouldn’t or shouldn’t be involved with. ... It is truly inspirational to think we might get signals back from a probe at a nearby star.”

The physics of it won’t challenge either Krauss or Hawking.

“It’s 20 percent the speed of light, so the time distortion won’t be that great,” Krauss said. “There’s nothing to crack. It’ll happen. The ship will be 5 percent younger than it seems, but it won’t change anything. ... It’s all straightforward physics. It’s really an engineering problem.”

“A warp drive would be great, but I don’t think it’s practical,” he said.

The Starshot is one of the three Breakthrough Initiatives, founded in 2015 by Yuri and Julia Milner to explore the universe, seek scientific evidence of life beyond Earth, and encourage public debate from a planetary perspective. Two more are the Breakthrough Message, which aims at creating a message with which we can greet another civilization should that happen, and Breakthrough Listen, the largest-ever scientific program aimed at finding evidence of civilizations beyond Earth.

“A warp drive would be great, but I don’t think it’s practical.”

This is the start of a new era in exploration: interstellar travel.

“I think as a goal it’s a very noble one,” Thanga said. “We’re on this cusp of exploring the outer edge of the solar system. What’s the next big draw? ... This is our closest neighbor, so from a space-enthusiast point of view we need to know.”

Thanga expects positive research outcomes because of the slew of problems to tackle.

“I’m glad people are going to tackle these problems out of the box, so we have diversity of methods to travel,” he said. “If we don’t diversify in our ideas and research attempts, we’ll stay stagnant. That’s what will be most promising about ideas like this.”

Krauss is inspired by the whole idea.

“It’s the only way in my opinion to consider going to the stars,” he said. “It’s an honor they wanted me to be involved in advising them. ... It’s a much more sensible idea than sending humans into space. We do better here on Earth.”

Top photo: Proxima Centauri, shown in a Hubble telescope photo, is the nearest member of the Alpha Centauri star system. Telescope-created X-shaped diffraction spikes surround Proxima Centauri, while several stars further out in the Milky Way Galaxy are visible in the background. Photo by NASA/ESA/Hubble