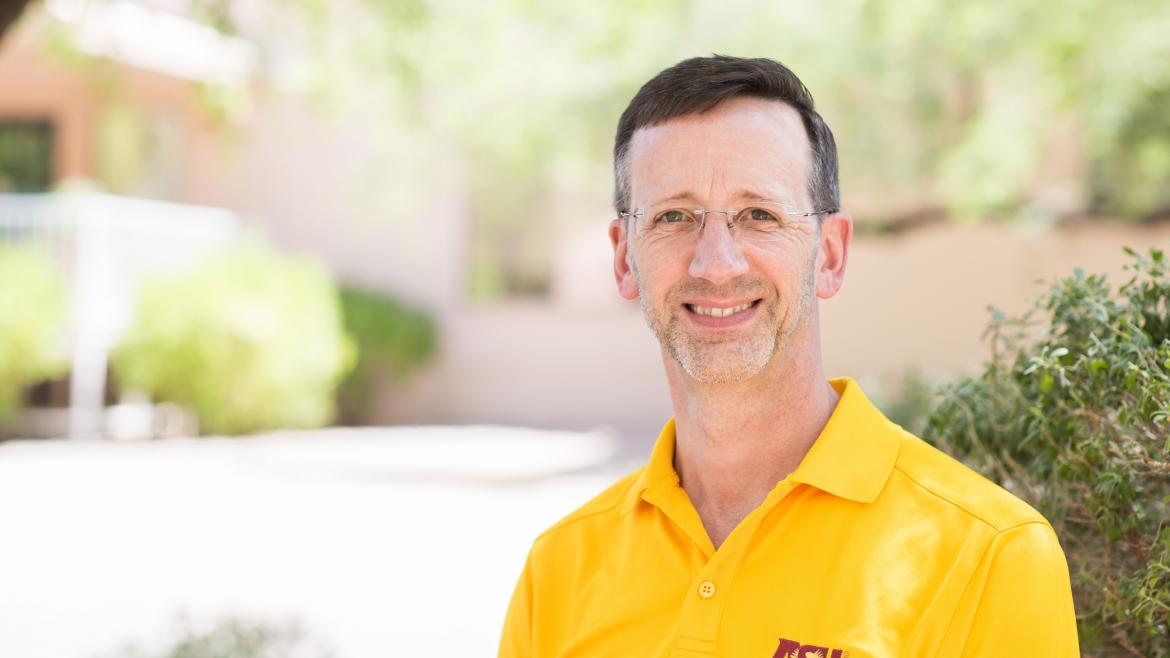 What do teachers want? 9,000 of them respond

School’s almost out, kids — be sure to thank your teachers as you head off to summer.

They really need to hear it, according to a new survey by a professor in the Mary Lou Fulton Teachers College at Arizona State University.

“Having a student thank you for assisting in the understanding of a difficult concept” was listed as the No. 1 incentive by teachers in the study by Craig Mertler, an associate professor in the Division of Educational Leadership and Innovation at ASU’s West campus.

That was followed by: “observing vast improvements in your student performance since the beginning of the year,” “being permitted to purchase additional equipment, technology or supplies for your classroom” and a one-time monetary award.

“One of the broad conclusions I drew is that teachers want to be recognized for doing a job that lot of people wouldn’t be able to do,” Mertler said.

He set out to discover what teachers liked and didn’t like about their jobs. With the help of the state Department of Education, he sent his 70-question online survey to 51,000 district and charter-school teachers in Arizona last fall. He got replies from about 10,500 of them. After voiding the forms that were incomplete, he was left with 9,053 good responses. That’s a whopping 18 percent return rate.

“I’ve done a lot of survey research with teachers, and sometimes you’re lucky to get a 5 percent response,” said Mertler, who noted that teachers can’t be glued to their e-mail all day. His research was published this month in the journal International Research in Higher Education.

About 25 percent of teachers who responded said they were dissatisfied with their jobs — a number similar to several other recent surveys, he said. About 58 percent said they were “satisfied” or “very satisfied,” with the rest neutral.

Elementary-school teachers reported slightly higher levels of dissatisfaction than high-school teachers, and Mertler hypothesized that the increase in standardized testing was behind that result.

“Elementary-school teachers used to have autonomy to teach, but now so much is scripted out for them,” he said. “They say ‘on this date this is where you should be on your instruction’ to get to that April testing date.

“A lot of elementary teachers find that frustrating.”

Mertler asked teachers to rank job factors from “highly motivating” to “highly unmotivating.” “Sense of achievement” and “interpersonal relationships with students” were cited by more than 90 percent of teachers as the top motivators. Those were followed by recognition, interpersonal relationships with colleagues, responsibility, potential for professional growth, the work itself, working conditions, job security and salary.

“Teachers everywhere — including those in Arizona, as evidenced in this study — are motivated intrinsically by the joy they experience in helping their student learn, grow and develop as children and young adults,” Mertler wrote in the journal article.

Although salary ranked 10th as a motivator, teachers did tell Mertler that a higher salary would be the most likely reason to leave the profession as well as the highest-ranked factor in getting them to stay in the classroom.

One factor that 70 percent of teachers listed as a potential incentive is a type of professional development that Mertler will study next.

“Classroom-based action research” is a systematic program that uses data to create improvements in the classroom that are personalized for the teacher and the students.

“One of the things that teachers have not been happy with for years is the professional development they get, which is often is one-size-fits-all or pre-packaged,” said Mertler, who teaches the method and wrote the book “Action Research: Improving Schools and Empowering Educators.”

“In action research, they’re doing research on themselves and on their own students. They know it will fit because it was designed by them,” he said.

Mertler is seeking a grant to train teachers in Arizona in how to incorporate action research.

“This is a mechanism that empowers teachers,” he said.

“It gives them a level of responsibility in the classroom, which is one of the intrinsic rewards of teaching.”

Draper University and Arizona State University announced today that they are partnering to launch what they expect to be the No. 1 entrepreneurial program in the country.

The residential program will run for nine months starting this fall and will be held at Draper University in San Mateo, California. The program will combine Draper’s signature “Hero Training” and out-of-the-box teaching methods with ASU’s outstanding content.

The curriculum will include forward-thinking simulations, headline speakers, “Survival Training,” team challenges, and hack-a-thons. Key coverage areas will be finance and empowerment, design and coding, robomarketing and growth hacking. The final module of the program will be titled, “Go!!!” and will include personal mentorship and career guidance.

“We are thrilled to be working with ASU,” said Draper. “Our program will be enhanced by ASU’s full curriculum combined with their expertise in scaling. Because of ASU, more and more students will learn the challenges and excitement of starting a business.”

“Draper U is an innovator in real-world education, and we are a highly ranked creative business school grounded in research,” she said. “Our students will have the best of both worlds, and they will emerge from the experience stronger and better prepared for the modern economy.”

The Draper/ASU Entrepreneurial Program is accepting applications for the pilot program, which starts Sept. 26. Apply at www.wpcarey.asu.edu/draper (ASU students) or http://www.draperuniversity.com/masters/ (non-ASU students). Applications will be read on a rolling basis; the deadline to apply is Aug. 12.