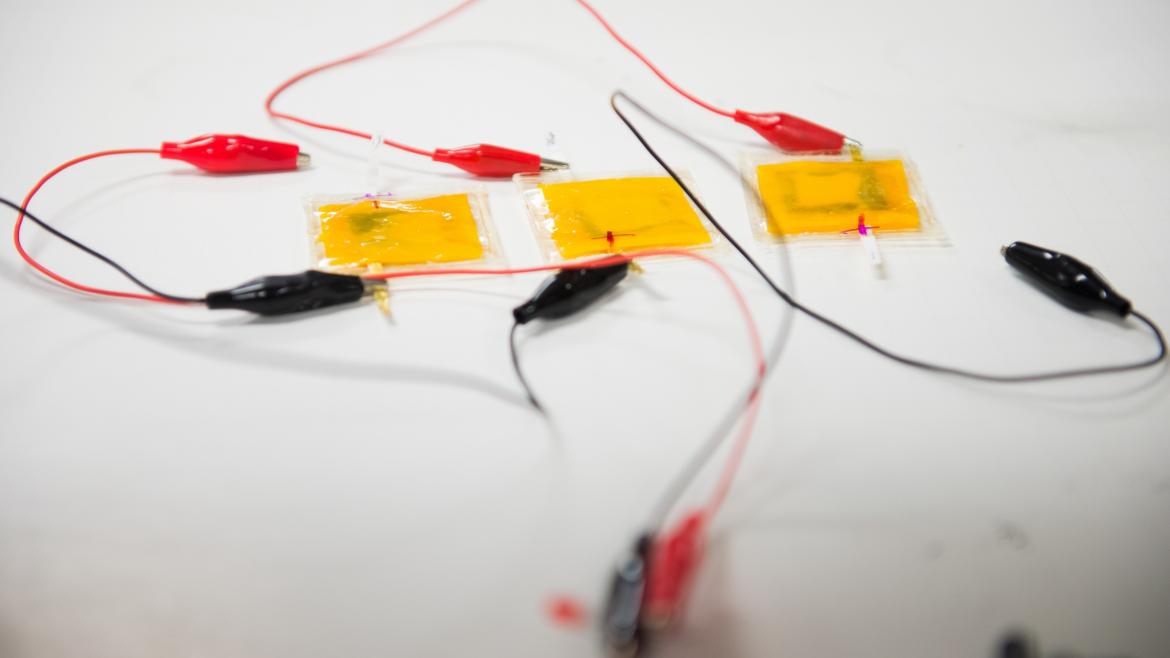 Electricity you can eat

ASU engineers' edible supercapacitor can wipe out E. coli or power a camera.
Interdisciplinary invention a recipe that cracks a number of problems.
May 17, 2016

Engineers have created an edible supercapacitor that can wipe out E. coli or power a camera from inside the body.

Foods like activated charcoal, gold leaf, Gatorade, seaweed, egg white, cheese, gelatin and barbecue sauce can store and conduct electricity. Sandwich them together, and you have a supercapacitor — a high-capacity electrical component that can store electrical energy temporarily.

“We know it’s possible to make devices from food,” said Hanqing Jiang, an associate professor of mechanical engineering in the School for Engineering of Matter, Transport and Energy in Arizona State University’s Ira A. Fulton Schools of Engineering.

Researchers proved in the lab that the devices (seen above) can kill E. coli. “We’re trying to kill other bacteria as well,” Jiang said.

They also proved the devices can power a camera while in the stomach.

“The main application is to pass through a (gastrointestinal) tract, doing whatever a GI doctor needs,” Jiang said.

The supercapacitor could replace endoscopies with real-time monitoring of the gastrointestinal tract.

You wouldn’t want to pass them around at a party. Asked what the combination tastes like, Jiang replied, “It is cheese.”

The paper (not the recipe) was published Monday in Advanced Materials Technologies (not Bon Appetit). Recipes usually don’t read like this:

“The slurry was coated on the current collector by doctor’s blading followed by overnight drying in ambient environment and 6 hours drying in room temperature, low pressure (10 Pa) chamber to avoid thermal stress as well as remove the water in the electrode.”

Ingestible electronics do exist, but they need to be passed from the body. There are other concerns as well, Jiang said.

“The concern is that it’s not digestible,” he said of the previous ingestible electronics. “If it breaks, there is a possibility of contamination.”

The invention cracks a number of problems. Implantable electronics require surgery. Biodegradable electronics exist, but they have low energy density and battery size is limited. Edible materials proposed in the past have toxic components that can cause stomach pain and nausea.

Carbon is already used in supercapacitors. Jiang chose activated charcoal and gold leaf because they both have high electrical conductivity and chemical stability. Gold is used extensively in Indian cuisine, and the European Union classifies gold as a drug. It acted as a current collector in the research. The devices were made by hand. In future they’ll be made by 3-D printers and will be much smaller than the “sandwiches” made by Jiang and his students, which are a little bit bigger than a soy sauce packet.

Jiang and three students have been working on the project since August. Currently he is discussing the next steps in application with Mayo Clinic officials.

Meanwhile, business operations managers thought Jiang was catering a party on the university dime when he filed his expense report.

“The funny thing is when we got all the materials in, I had a hard time getting reimbursed,” he said. “It was all food.”

ASU professor emeritus Chuck Corbin, a trailblazing physical education scholar, has been awarded the 2016 Lifetime Achievement Award from the President’s Council on Fitness, Sports and Nutrition.Corbin, who taught in the School of Nutrition and Health Promotion and the College of Health Solutions, has spent his career researching ways to engage young people both intellectually and physically by ...

ASU professor emeritus Chuck Corbin, a trailblazing physical education scholar, has been awarded the 2016 Lifetime Achievement Award from the President’s Council on Fitness, Sports and Nutrition.

Corbin, who taught in the School of Nutrition and Health Promotion and the College of Health Solutions, has spent his career researching ways to engage young people both intellectually and physically by staying fit. 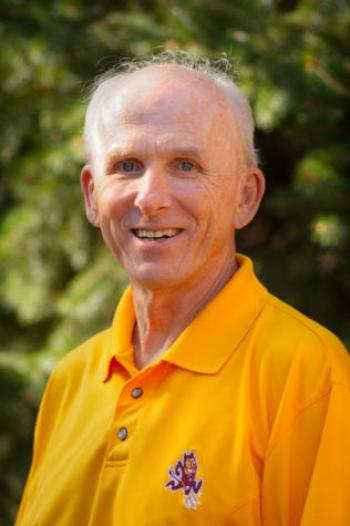 Corbin is best known for his fitness education programs. He has been called the “father of fitness education,” by Steve Virgilio, a colleague in the exercise sciences who teaches at Adelphi University.

From 1982 through 2001, Corbin was a professor in the Department of Exercise Science and Physical Education on the Tempe campus before moving to the Polytechnic campus and then to the School of Nutrition and Health Promotion on the Downtown Phoenix campus. At all units, his teaching focused on exercise, wellness and physical education. For 20 years prior to that, he held university teaching positions in New Mexico, Ohio, Texas, and Kansas.

Corbin was a high school athlete, which he said got him thinking about fitness at an early age. Prior to college he was a playground director and youth sport coach. In the late 1950s he collected physical fitness data for the first national youth fitness test as an undergraduate at the University of New Mexico. He used the fitness test while teaching elementary school physical education in Albuquerque. Later he studied under University of Illinois-Champaign fitness pioneer Dr. T.K. Cureton while earning his Master of Science degree in the early 1960s. The effects he saw of exercise and physical activity on health and effective functioning, Corbin said, drew his interest to physical education and research on fitness, health and wellness.

Corbin said he appreciated John F. Kennedy’s focus on physical fitness during his campaign and administration. When Kennedy was assassinated in 1963, Corbin's enthusiasm for health fitness became his mission. While working on his doctorate, he conducted the fitness testing for the University of New Mexico Peace Corps volunteers in one of the first training centers.

In 1966, the performance-based Presidential Physical Fitness Award was created under President Lyndon B. Johnson. As he studied the field more, however, Corbin began to question the efficacy of youth fitness tests and the awards program. Over the years he conducted many research studies on the topic, often with ASU colleague Bob Pangrazi.

“We needed to excite young people about getting and staying fit and healthy, not demotivate them with an all-or-nothing award that only practiced athletes can earn,” Corbin said.

He is proud of the fact that his research has led to the new fitness tests, and changed how current awards are given. Current tests focus on fitness for health, and awards focus on regular participation in physical activity. Corbin was a charter member of the FITNESSGRAM® Scientific Advisory Board that developed the test now adopted as part of the Presidential Youth Fitness Program.

He has published more than 200 scholarly papers and authored/co-authored/edited more than 100 books. Corbin’s Fitness for Life textbooks have won awards for excellence at all levels, elementary, middle and high school. His college text Concepts of Physical Fitness, also an award winner, is now in its 17th edition.

In a world where competition for kids’ attention comes from cell phones, video games and computers, Corbin says there is still a way to promote physical activity and a path to a healthy lifestyle.

“The overarching goal is to help young people to enhance health and wellness by reducing stress, eating better, and being active for a lifetime,” he said. “These are the things we are continually emphasizing to the health workforce of the future in the College of Health Solutions’ School of Nutrition and Health Promotion.”