It’s common to hear people say the world is getting smaller all the time. But not Steven Flanagan. To him, the world is getting bigger. Education, particularly the study of language, opened him to world that’s bigger than he ever imagined. That that shift in world view came to him as an undergraduate who had the opportunity to study abroad in Spain for a semester, and it has informed his pursuits ever since. 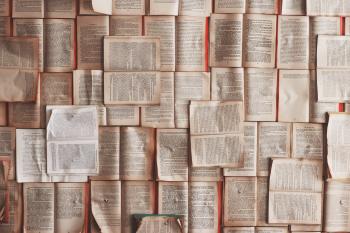 For graduate studies, Flanagan sought to combine two passions: Spanish and teaching. Those passions led him to Arizona State Univeristy's School of International Letters and Cultures to earn concurrent master’s degrees in Spanish Applied Linguistics and TESOL (teaching English to speakers of other languages) that he’ll complete in May. Along the way, he has gained a new perspective on teaching, language learning and being multilingual.

Looking ahead, his goal is to make a difference in the way language-learning programs are created and taught. He plans to pursue teaching Spanish at the university level after graduation and dive even deeper into curriculum development for future generations of students.

Answer: I always wanted to be a teacher, ever since I was little. I studied Spanish because I wanted to be a high school Spanish teacher. When I went to college, I ended up studying abroad in Spain and I realized the world was a lot bigger. After I returned and finished my undergrad studies, I went back to Spain to teach English. So, when I decided on graduate school, I knew that I wanted to do something teaching English but also continue my studies in Spanish since that’s what I’d done the last 10 years of my life. So, I looked for programs that allowed me to do both, and that’s why I came to ASU.

Q: What’s something you learned while at ASU — in the classroom or as a teacher — that surprised you, that changed your perspective?

A: What haven’t I learned? I don’t know if I could quantify it all into one thing. My entire experience has changed my perspective on not just teaching, but learning. In one year at ASU, I learned more about language learning than I had in my entire life. It’s nice to be in a department surrounded by so many people who care about languages and about language learning, and recognize the importance of learning languages beyond being able to translate a sentence. There are the cultural and pragmatic differences, being able to connect with people in different ways, the advantages to being bilingual or multilingual.

A: A friend of mine from my hometown recommended it to me. I looked into it, and it had both programs that I wanted to do. It allowed me that flexibility to study concurrent master's degrees, which isn’t something a lot of universities have established.

A: It would be threefold: Get organized and stay organized, get involved, and realize that what you do has a purpose. What I mean by that is, sometimes you think, “why am I doing this?” More often than not, there is a purpose to what you’re doing whether it’s to learn a topic or to help with social skills or interdisciplinary skills. There’s all kinds of purposes to what we do in our classes.

For me, ASU has been a great experience. In these three years, I’ve learned so much about teaching and languages, about the profession, about hard work. It’s been such a great experience both professionally and personally. When you’re at the largest school in the country, there’s a lot to do … yet it’s a small-town feel despite being so close to one of the biggest metropolitan areas.

I think being in graduate school in general allows you to appreciate a lot of the work other people have done.

Editor's note: This is part of a series of profiles for spring 2016 commencement. See the rest here.When Bridget Harding began looking for jobs in her field of sustainability, she noticed something interesting about every interview she had — the first thing employers asked her about was her ability to speak Korean.Harding, a senior majoring in sustainability, first encountered Korean in high s...

When Bridget Harding began looking for jobs in her field of sustainability, she noticed something interesting about every interview she had — the first thing employers asked her about was her ability to speak Korean. 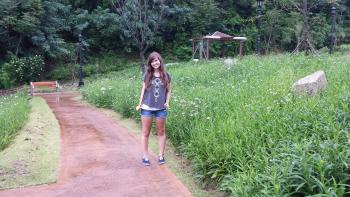 Harding, a senior majoring in sustainability, first encountered Korean in high school. She enjoyed the language so much that she chose it for her language requirement when she started at ASU, the only college in Arizona that offers the language. She continued to enjoy it and went beyond the required two years, taking upper-level courses in the School of International Letters and Cultures into her junior and senior years.

Harding went on to study abroad in South Korea in 2013, where she noticed the overlap between her studies in ecosystems and her ability to speak Korean. She became interested in the East vs. West perspectives on nature and ecology. In Eastern cultures, people often see themselves as part of nature, while in Western culture nature is often viewed as a place of resources, she said.

“I think it’s important to study abroad no matter what your major is,” Harding said. “You can learn a lot about yourself and the world, and apply that to what you want to do.”

The summer of 2015, during her sophomore year, Harding applied for a research position with the National Science Foundation, hoping to study insect and riparian environments. During the interview, the first thing they noticed was her language skills.

“I hadn’t taken entomology, but I was able to pick up the Latin terms based on being a language student,” Harding said. “They pointed out that my ability to learn a difficult language like Korean meant I could learn difficult computer programs as well.”

In the fall of that year, Harding then applied for an internship with the Nature Conservancy, When she received an interview, the interviewers were again curious about the Korean on her resume. This time, she said, she knew exactly what to say.

“I’d be able to learn their programs quickly,” Harding explained. She would need to learn GIS, or geographic information systems, a key part of the Nature Conservancy’s work. Harding realized that knowing how to piece together a difficult language like Korean would give her the skills she needed to grasp the new program easily.

During her time at the Nature Conservancy, Harding began thinking about how she wanted to spend her time after graduation. With the encouragement and support from professors in SILC (Dr. Ebru Turker) and sustainability, she applied for the Fulbright Scholarship Program in South Korea.

“You don’t have to know the language to be accepted, but since I do, I thought I would have an edge,” Harding said.

Harding will leave for South Korea this July, and will live with a South Korean family during her stay. She will be placed in a classroom as a full-time English teaching assistant, creating lesson plans and practicing conversational skills with the students. Although the program will last one year, Harding has the opportunity to extend it up to three years.

“I feel very welcomed there,” Harding said. “South Korea and the U.S. have a good relationship when it comes to Americans, and the culture is starting to come over here too.”

As an Arizona native, Harding wanted to take advantage of every opportunity at ASU.

“I tried to get as much out of college as possible,” she said. “It’s really rewarding in the end when you go to the country and people can really understand you, and it improves your confidence.”

After her time abroad, Harding will attend graduate school at the University of Washington Marine Affairs program. Ironically, one of the only other institutions that offers a master's degree in this field is located in South Korea. She hopes to one day work for NOAA, the National Oceanic and Atmospheric Administration, or continue with nonprofits like TNC.