After five years of running her own digital-photography studio in Gilbert, Arizona, Elaine Kessler realized she needed some help in taking her business to the next level. She joined the SparXX 20 women’s entrepreneurship program at Arizona State University and has found it to be instrumental in the continuing success of her business.

“Learning some tricks of the trade from a panel of experts was a valuable investment of time,” said Kessler, who was nominated for the 2016 Small Business of Year Award by the Gilbert Chamber of Commerce since completing the program. 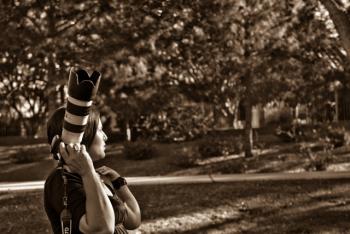 Gilbert business owner Elaine Kessler found herself in need of expert advice to take her digital-photography business to the next level. Kessler recently completed ASU's SparXX 20 program for female entrepreneurs and was nominated for the 2016 Small Business of the Year Award by the Gilbert Chamber of Commerce. Photo courtesy of Elaine Kessler Download Full Image

Kessler and fellow female business owners, who have successfully completed ASU’s SparXX 20 women’s entrepreneurship program or the National Association of Women Business Owners (NAWBO) - Phoenix chapter’s Business Mentoring program, will be celebrated at a jointly held ceremony on Thursday, May 12.

Arizona is one of the top states for women-owned businesses and ranks fifth in the U.S. for growth of women-owned businesses. Nationally, however, women own only 30 percent of all U.S. businesses even though they make up half of the country’s workforce. Programs such as SparXX 20 and NAWBO’s Business Mentoring aim to address this gap in women-led entrepreneurship and innovation.

“All of the participants made great strides in their businesses and were successful in meeting the goals they had set,” said Nancy Sanders, president of NAWBO – Phoenix chapter. “When we tallied all the figures from the past two years, the economic impact was quite substantial — participating companies reported the creation of 33 new jobs and receiving more than $250,000 in external investment.”

Supported by JPMorgan Chase, the SparXX 20 program is tailored to female entrepreneurs who own businesses with revenues of less than $1 million annually. Participants engage in faculty-led, in-depth workshops and have access to networking opportunities with other female business owners from various sectors and across the Phoenix metropolitan area.

“Chase values the opportunity to support the ASU SparXX 20 program that helps women entrepreneurs grow their businesses, and we celebrate the program participants for the impact they are having on their communities,” said Noreen Bishop, region executive for Chase Business Banking.

The NAWBO Business Mentoring Program, directed for the past two years by NAWBO member Paula Wittekind of CDQ Learning for Results, includes training by local experts on skills that are critical to business success. Participants attend nine program sessions ─ one each month ─ to cover a specific topic and apply what they learned to their own business. In addition, mentees and mentors meet individually during the month to work on tasks specific to the mentees’ needs.

“I was in a leadership executive role for the last 15 years of my corporate career, so I felt I was very confident in my people-managing skills,” said Wendy McClellan, a NAWBO-Phoenix Business Mentoring program graduate and owner of Structured4Success, a consultancy firm focusing on human resources, business development and communications. “This program has truly helped me figure out a way to manage my firm without the giant corporate structure behind it.”

For registration and more information regarding the SparXX programs, visit entrepreneurship.asu.edu/sparxx. To learn more about and apply to NAWBO’s Business Mentoring program, visit nawbophx.org/mentoring-program/010.

An advocate for tribes

Editor's note: This is part of a series of profiles for spring 2016 commencement. See the rest here.Racheal White Hawk is on her way to fulfilling her dream of using her law degree to work on behalf of tribal communities.A 2015 Gold ’n Gavel Scholar, White Hawk thrived at ASU’s Sandra Day O’Connor College of Law. She was a summer associate at Lewis Roca Rothgerber Christie LLP, and a judic...

An advocate for tribes

Racheal White Hawk is on her way to fulfilling her dream of using her law degree to work on behalf of tribal communities. 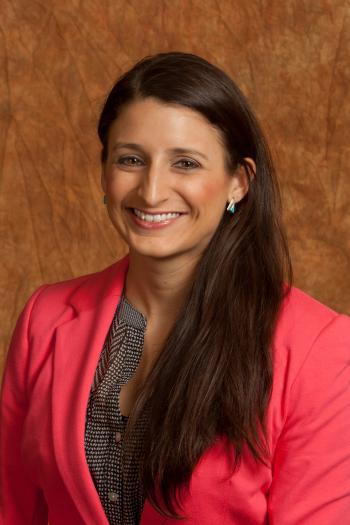 A 2015 Gold ’n Gavel Scholar, White Hawk thrived at ASU’s Sandra Day O’Connor College of Law. She was a summer associate at Lewis Roca Rothgerber Christie LLP, and a judicial extern at the Arizona Court of Appeals and the United States District Court. A student with the Indian Legal Program, she was also a Sidley Fellow at the Indian Law Resource Center. Along with her JD, White Hawk, who grew up in Grand Island, Nebraska, also received certificates in Indian Law and Law, Science & Technology.

Answer: Over the years, I’ve had several mentors who have influenced me to work in Indian country. My “aha” moment probably happened while working at the Nebraska Commission on Indian Affairs for Judi gaiashkibos (executive director of the Nebraska Commission on Indian Affairs). She was one of the biggest influences in my decision to pursue Indian law in particular. She works passionately every day on behalf of Native Americans, and working at the Indian Commission I got to help her make some tremendous impacts in Indian country. She very much inspired me to continue working on behalf of tribal communities. I felt energized and inspired while working at the Indian Commission, and I’ve felt that same passion working for tribes in law school.

Q: What’s something you learned while at ASU Law — in the classroom or otherwise — that surprised you, that changed your perspective?

A: I think it’s safe to say law school in general has changed my perspective. I’ve learned how to look at issues and think about them very deeply and critically, and I’ve learned to question things more. Law school has also made me a tougher person. There were many surprises in law school that shaped my perspective. But overall I believe I’ve grown into a much stronger, more resilient person because of those surprises and experiences.

Q: Why did you choose ASU and its law school?

A: I chose ASU Law because it has one of the best Indian Legal Programs in the country, and I knew my education at ASU Law would prepare me to work in Indian country immediately after graduation. I also chose the school because the faculty and students were very welcoming and when I visited it felt like the place for me.

A: Hard work and good grades are important and they will get you far in school and in life, but don’t forget to take time to care for yourself physically and mentally while studying. Also, take every learning opportunity that you can (whether it be in the classroom, in the workplace or among friends), and always be grateful for the lessons you’ve learned and the blessings in your life.

A: My favorite spot on campus was Starbucks. Whether I went to the Starbucks in the bookstore, in the MU (Memorial Union) or in the business school, it was always my favorite spot because going there usually meant catching up with friends, getting some fresh air and drinking some coffee.

A: After graduation, I will clerk for Chief Justice Scott Bales on the Arizona Supreme Court for one year. After that, I plan to work for Lewis Roca Rothgerber Christie in their tribal affairs practice group.

A: I would undoubtedly put it toward the Rosebud Sioux Reservation (in South Dakota). I would use it as seed money to invest in the community to improve education, increase cultural resources, promote business on the reservation and employment, and alleviate addiction, substance abuse and domestic violence.