Jessica Hocken is fascinated with Chinese culture. Since middle school, she has wanted to visit China and explore the country.

“I’ve always wanted to explore and experience everything China has to offer," Hocken said. 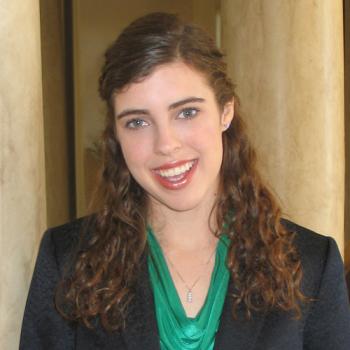 This fall, she will have the opportunity to go to China as a Schwarzman Scholar. Hocken will be a part of the inaugural class of scholars, a group of 111 students who will study at Tsinghua University for a year to earn a master's degree and broaden their understanding about China.

The scholarship, which accepted less than 4 percent of all applicants, fits well with Hocken’s entrepreneurial spirit.

As a student at Arizona State University, Hocken joined her best friend, Erin Schulte, to found the All Walks Project, a nonprofit dedicated to educating college students about sex trafficking. Using her background as an accounting major, Hocken provides business support for the All Walks Project to ensure the nonprofit can continue growing.

Hocken credits her experience at ASU with the All Walks Project for helping her realize new ways to take advantage of her background in business.

“ASU has shown me how to be an interdisciplinary thinker,” she said. “Just because I’m pursuing an accounting degree doesn’t mean I have to be an accountant — I can start a nonprofit with my best friend instead.”

Hocken plans to use her experiences from ASU and China to start her own business venture upon completing the Schwarzman program. While at Tsinghua, she will earn a master's degree in management and global affairs.

In addition to preparing for graduation this spring, Hocken will need to prepare for a year in China too. Most importantly, she wants to brush up on her Mandarin before going abroad.

“Graduating from ASU in three years made it difficult for me to fit Chinese into my schedule. I’ll need to practice some before I go.”

From pro athlete to baker in the Army, ASU alumnus lives a full life

What do a powerlifting champion, an inspirational thought leader, a legendary football coach and two professional football hall of famers have in common? A connection to Arizona State University alumnus Larry Hendershot.From weightlifting with Jon Cole, to following Stephen Covey’s universal principles of life, to tackling Leroy Kelly of the Cleveland Browns in 1976, Hendershot has lived a full ...

From pro athlete to baker in the Army, ASU alumnus lives a full life

What do a powerlifting champion, an inspirational thought leader, a legendary football coach and two professional football hall of famers have in common? A connection to Arizona State University alumnus Larry Hendershot.

From weightlifting with Jon Cole, to following Stephen Covey’s universal principles of life, to tackling Leroy Kelly of the Cleveland Browns in 1976, Hendershot has lived a full life. In 1966, Hendershot graduated from the College of Liberal Arts and Sciences with a Bachelor of Arts in political science. He ran for the Sun Devil track team and played football with head coach Frank Kush, who complied a 176–54–1 record and sent several dozens of his players to professional football leagues — including Hendershot.

Hendershot was drafted in the eighth round of the 1967 NFL Draft. He played for Washington’s NFL franchise as a linebacker, where his strength training with track teammate Cole came in handy.

“I thought it was neat getting paid to do something you like doing,” Hendershot said about playing professionally.

During a game against the Chicago Bears, Hendershot said he was responsible for covering Gale Sayers, also known as “the Kansas Comet,” a former running back in the Pro Football Hall of Fame.

“He went out on a swing pass, and I knew he was going to get the ball,” said Hendershot. “I ran forward to tackle him and had my arms around him, but I don’t know where he went … I didn’t have him.”

At his last professional football game against the Cleveland Browns, Hendershot said he also had a memorable encounter with Leroy Kelly, another former running back in the Pro Football Hall of Fame.

“I went down on a punt recovery,” said Hendershot. “[Kelly] was trying to use his blockers, but I went right through them and tackled him.”

That same year in the fall, Hendershot was drafted into the U.S. Army as a cook/baker.

“I enjoyed baking,” he said. “Something I never thought I’d do, but I did it.”

After Hendershot served time in the Army, he worked in sales for many years. Later, he obtained his real estate license and worked in property management for Maricopa County.

Now, nearly five decades later, Hendershot said he is eager to attend the Golden Reunion — a 50th-reunion series of events that are part of spring commencement — at ASU.

“I was so busy in college that it was hard getting into a circle with anybody other than sports,” said Hendershot. “But I really learned discipline … you do what you need to do.”

In regards to his overall success, Hendershot said learning how to balance school work and sports was very difficult, but he recognized that discipline was very important. He also took life advice from Stephen Covey, an international best-selling author and one of Time magazine’s most influential Americans.

“We all have our mountains we climb,” said Hendershot. “And we climb them because they are there.”