Ung is interning at USA Today through the McCain Institute Policy Design Studio and Internship Program this semester and has had multiple front page stories already. She helps the bureau with research, fact-checking, interviewing, attending events and writing stories for the OnPolitics blog on USAToday.com. 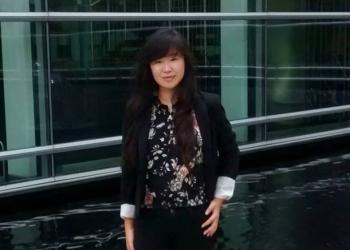 “So far, I've been incredibly fortunate to have three front-page bylines at USA Today," said Ung. "Seeing my name in print has been very exciting. The first time this happened, my friend, who was in Arizona, sent me a photo of the paper; that moment was surreal — the fact that the story that I'd helped write was printed on the front page of a national newspaper.”

The McCain Institute Policy Design Studio, through the School of Politics and Global Studies, allows students to live and intern in Washington, D.C., for the semester and study how policy is made. Students gain valuable skills and hands-on work experience as well as research solutions to real-world foreign-policy issues in a weekly seminar.

“Overall, the program has been a great way for me to better understand foreign policy, how an embassy works and Washington politics," said Ung. "The Policy Design Studio course, which is run as a mock-embassy in Vietnam, has allowed me to learn specifically about U.S.-Vietnam relations and how to operate as a public affairs officer. As an aspiring journalist, I've had the opportunity to understand the differences between public diplomacy and journalism.”

Ung plans on applying to be a Fulbright scholar. If selected, she would complete the fellowship overseas after graduation and will plan on going to graduate school next, focusing on international journalism or political journalism.  Ung aspires for a career at a news organization while working her way to becoming a foreign correspondent.

With the strength of nearly half a million fulltime soldiers, the U.S. Army is the largest military branch and has the Herculean task of holding territory to engage adversaries, provide humanitarian relief or conduct any number of missions to advance national interests. Dense urban areas will increasingly be a factor, with 60 percent of the world’s population expected to live in cities by 2030.T...

With the strength of nearly half a million fulltime soldiers, the U.S. Army is the largest military branch and has the Herculean task of holding territory to engage adversaries, provide humanitarian relief or conduct any number of missions to advance national interests. Dense urban areas will increasingly be a factor, with 60 percent of the world’s population expected to live in cities by 2030.

This week, Arizona State University Research Enterprise co-hosts a two-day conference with the Army’s Training and Doctrine Command (TRADOC) to explore ideas and concepts for future military operations where megacities may be part of that held territory. 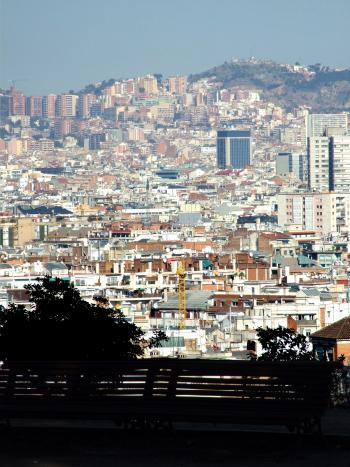 “Adversaries are increasingly moving to environments where U.S. advantages in detection, standoff, and precision firepower may be constrained,” said Joel Lawton, TRADOC intelligence analyst. “The potential for Army involvement within cities may be exacerbated by global challenges, such as liberal trade and economic coordination, climate change, nuclear proliferation, responsibility to protect, and failing states and ungoverned areas.”

Hosted in the Tempe Mission Palms Hotel and Conference Center on April 21-22, the U.S. Army Mad Scientist conference will feature researchers and other prominent speakers exploring topics on megacities.

The ASU Foundation and the ASU Research Enterprise (ASURE) led the organizing of the conference on behalf of the university, demonstrating the institutions’ continued commitment to research of public value and unwavering support for national defense.

“ASURE is very proud to co-host and partner with the U.S. Army on this essential conference,” said Fran Zenzen, ASURE chief operating officer. “ASU is heavily invested in supporting the Department of Defense with a world-class faculty that has the research prowess to help the Army prepare for the future.”

ASU takes a uniquely transdisciplinary approach to research, making it an ideal organization to not only co-host the conference but to also engage productively in the megacities dialogue with the Army.

“First, ASU is and has been deeply involved in urban science, planning and sustainability for over a decade, and we find that the advent of megacities will demand the research capacities we have built,” said Elizabeth “Betsy” Cantwell, vice president for research and development for ASU Knowledge Enterprise Development. “Second, we share the Army’s focal concerns about the global security issues surrounding megacities and dense urban areas, and we believe ASU can and should provide the Army with ideas, innovations and support as they move toward a strategic basis for decision-making.”

An ASU transdisciplinary initiative related to megacities is the Decision Center for a Desert City (DCDC) — a sustainability project established in 2004 by the National Science Foundation that advances scientific understanding of environmental decision making under conditions of uncertainty. In turn, DCDC has produced more than 200 research articles, books and book chapters. It also created WaterSim, a dynamic water-simulation visualization model to estimate water supply and demand.

DCDC is just one example of ASU’s research approach and inquisitiveness fundamental to mutually beneficial collaborations such as Mad Scientist.

Conference attendees will be scientists, futurists, military personnel and members of the ASU community.