Arizona State University’s expertise on water sustainability was front and center in one of the largest science and engineering festivals in the U.S.

ASU’s Decision Center for a Desert City (DCDC) was a featured exhibit in the National Science Foundation’s section at the USA Science & Engineering Festival, the largest STEM education event in the U.S. The festival, which draws around 350,000 visitors, was recently held in Washington, D.C. 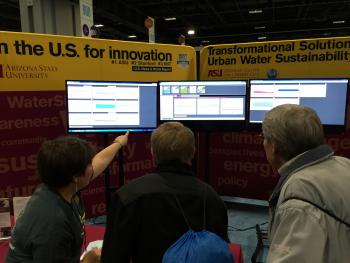 The USA Science & Engineering Festival attempts to inspire next generation inventors and innovators through more than 3,000 hands on exhibits, experiments and live performances. The goal is to draw people, especially youth, into the sciences and have them consider careers in science and engineering.

“Along with NSF, we are committed to inspiring a new generation of students to be excited about STEM education, which is essential to sustainable water management. We are also focused on broadening the diversity of the science and engineering workforce by reaching out to communities that have been historically underrepresented. The USA Science and Engineering Festival is the perfect venue to showcase ASU as the nation’s most innovative university and inspire kids,” said White, who also is an associate professor in the School of Community Resources and Development in ASU’s College of Public Service and Community Solutions, and a senior sustainability scientist in the Julie A. Wrigley Global Institute of Sustainability.

A novel approach to war

Land grabs by Russia. Escalating Chinese military dominance in Asia. Superpowers fighting in outer space. The launch of World War III.It is the stuff of fiction — specifically, Peter W. Singer’s novel “Ghost Fleet: A Novel of the Next World War” — but it is also mere moments away from reality, the political theorist said Tuesday night at Arizona State University.“The global context is ... 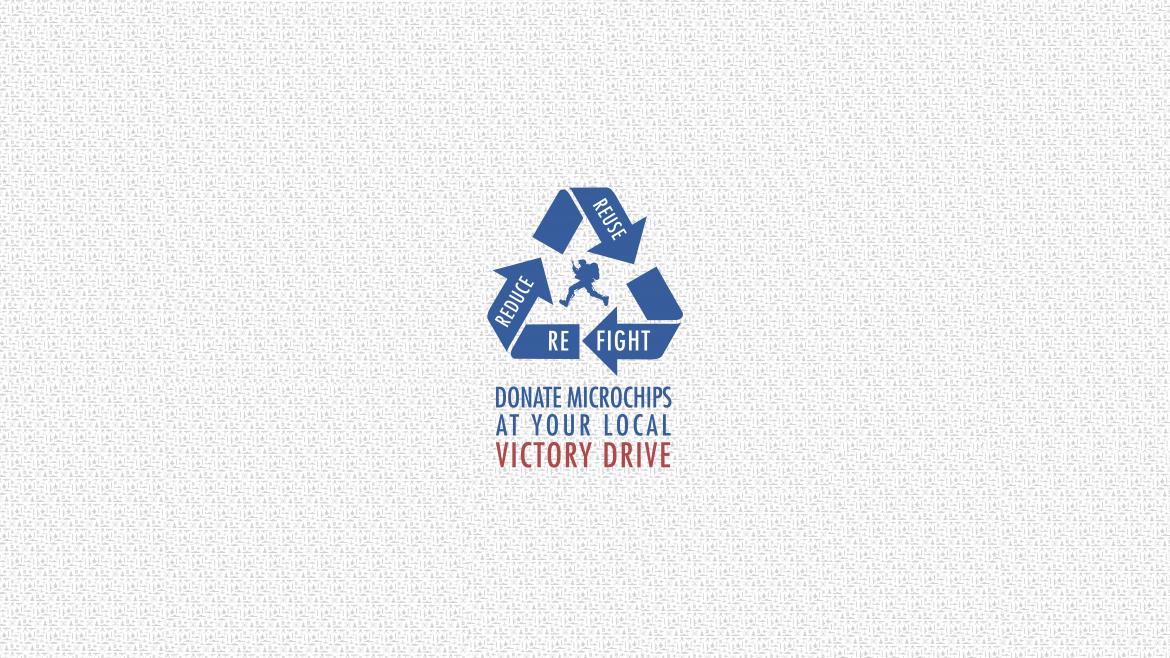 A novel approach to war

It is the stuff of fiction — specifically, Peter W. Singer’s novel “Ghost Fleet: A Novel of the Next World War” — but it is also mere moments away from reality, the political theorist said Tuesday night at Arizona State University.

“The global context is changing,” said Singer, strategist and senior fellow for think tank New America Foundation and contributing editor for Popular Science. “What was once thinkable, then became unthinkable, is thinkable once more: the thought of great powers going to war.”

His appearance was the finale in the ASU Center on the Future of War’s Spring Speaker Series, part of a continued effort to “explore the ways war and technology are changing,” said Daniel RothenbergDaniel Rothenberg is also professor of practice in the School of Politics and Global Studies in the College of Liberal Arts and Sciences, a Lincoln Fellow for Ethics and Human Rights Law, and a fellow at New America., co-director of the center.

Singer started the evening with a “Ghost Fleet” book trailer that looked much like a sophisticated video game set in locales around the world — appropriate for the man who not only has been named one of the top 100 global thinkers by the magazine Foreign Policy but who also served as a consultant to top-selling video game series Call of Duty.

The idea of a world war might seem like a relic from the past or a possibility of the far future, but it is very real and very now, Singer said. 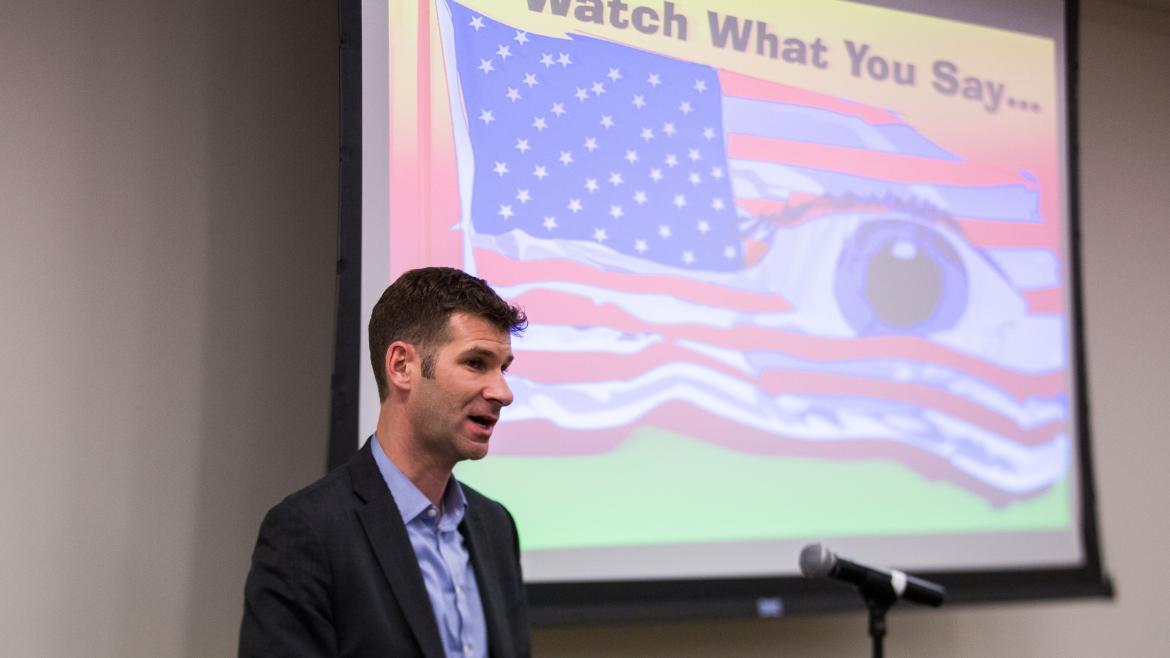 Peter Singer's
"Ghost Fleet" is
a novel about what
WWIII could be like,
and how it may not
seem that far off.

“A newly assertive China is engaged in what, if we’re being honest, is an arms race,” he said, and Russia has rewritten its strategy to make NATO its No. 1 threat. Worries about autonomous robot warfare have sparked government task forces and protests.

Fiction is a way to explore future worlds, what-if’s. Though Singer is an author of multiple bestselling books on war, this is his first novel. It is no mere flight of the imagination, however: The book has nearly 400 footnotes.

“We (he and co-author August Cole) grew up reading Tom Clancy, Michael Crichton, and we wanted to re-create that experience for people, that sort of fun summer read,” he said. And as for those footnotes? “We’re defense wonks; we set out to write a very different type of book.”

They chose science fiction because it allows them to move the timeline forward, to see what life would be like, for instance, for a U.S. naval officer facing off against a massively well-armed China in a very different world. 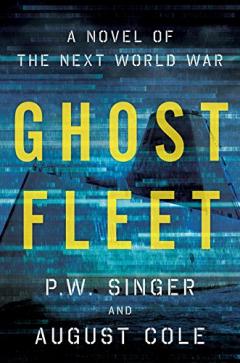 Fiction allows us to explore how our attitudes might change and to wrestle with issues.

“Will 3-D printing do to the defense industry what the iPod did to the music industry, totally disrupt it?” Singer asked. “… What would a state-on-state war look like in the 21st century?”

And fiction also helps with information dissemination: People in power are more likely to read a novel than a white paper or policy report.

The book explores what would happen when a piece of equipment not created to be in a dogfight ends up in one, or when a ship not rated as survivable in high-intensity combat gets into a battle. These are not far-fetched scenarios: Singer said the Navy’s own tester recently said that of a warship currently under consideration..

When it comes to our military today, “I joke that we specialize in the Pontiac Azteks of war,” Singer said. It tried to be all things to all people, but it turned out to be overpromised, overengineered, overpriced. “That phenomenon strikes many of our weapons systems today.

For 70 years, the United States has had a “generation-ahead” advantage over its adversaries. But that is changing as hackers steal our developments and as countries like China conduct more high-speed vehicle tests than us, Singer said. And unlike World War II, our supply of spare parts and raw materials are based in the very countries we would likely be facing off against.

The future of warfare is likely to be a mix of high- and low-tech strategies, much like in “Ghost Fleet.”

“You may have a drone, but because of cyber warfare and GPS being knocked down, you may not have the ability to navigate without an old paper map and a compass,” said Singer, who pointed out that the U.S. Naval Academy, in addition to offering cybersecurity studies, now requires every midshipman to know celestial navigation.

“If you asked any Millennial now, ‘Do you consider yourself part of a war generation?’ — the initial response would be no.”

— Adam Silow, undergraduate research assistant in the Center on the Future of War

His talk Tuesday drew an audience that ranged from Vietnam vets to undergrads. Students today often don’t think of their society as one at war, but it is, Rothenberg said.

Adam Silow, a senior studying global studies and economics and an undergraduate research assistant at the Center on the Future of War, agreed.

“If you asked any Millennial now, ‘Do you consider yourself part of a war generation?’ — the initial response would be no,” Silow said after Singer’s talk. It’s just not a part of their identity, even within the reality of continuing U.S. involvement in conflict around the globe.

Singer urged the students to do something about these issues, whether it’s in the career they choose or the demands they put on their government leaders. The opportunity to discuss the possibilities is one of the good outcomes of the book, Singer said. After all, the goal is to “keep this future world where it belongs, in the realm of fiction.”

Top artwork, titled "Victory Drive," is a WWIII propoganda poster created for Singer's book campaign. It was created by Jordan and Abby Clayton.