More than 50 economic development leaders from countries ranging from Colombia to Korea are visiting Arizona State University this week to learn more about how to grow businesses and international trade.

The U.S. Commerce Department and State Department, among other federal agencies, are bringing the delegation to Arizona and Southern California to soak up ideas and examples of innovation and entrepreneurship. ASU has developed a variety of business incubator and accelerator programs and is operating partnerships throughout the world to aid economic development, from helping Mexico strengthen its electrical power grid to educating engineers in Ghana. 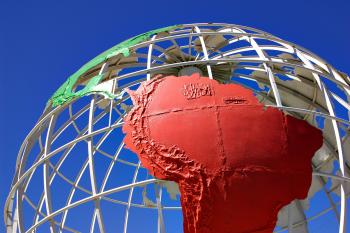 The delegation’s federal program, called the Americas Competitiveness Exchange on Innovation and Entrepreneurship, is designed for regional leaders to learn firsthand from successful projects, share their knowledge and experiences, identify collaboration opportunities, and create long-term trade and research partnerships. Organizers hope to encourage the transfer of successful models to help create economic development in the Americas that is sustainable and benefits the economy broadly rather than just a segment.

At ASU, the Latin American leaders will visit the Biodesign Institute, whose creation was based around the innovative idea of multiple academic disciplines working together to solve problems by exploring the designs and genius that exist within the natural world. They will meet with Sethuraman “Panch” Panchanathan, ASU’s chief research and innovation officer and executive vice president of Knowledge Enterprise Development and, at the Polytechnic campus, with Wellington “Duke” Reiter, special adviser to President Crow and a key figure in the creation of ASU’s Downtown Phoenix campus, which helped revive the heart of the city.

The ASU visit, arranged by the Arizona Commerce Authority, is part of a larger tour that includes Phoenix, Chandler, Gilbert, Oracle, Tucson and Yuma, followed by Imperial Valley and San Diego, in California.

Finding life and fulfillment after college

As Arizona State University prepares to celebrate a fresh new crop of graduates in May, the outlook for them is more precarious than ever.Jeffrey Selingo, a professor of practice at ASU's College of Public Service and Community Solutions, found that unemployment among young college graduates has gone up, wages have gone down and nearly half are underemployed.Selingo addresses this scary situation ... 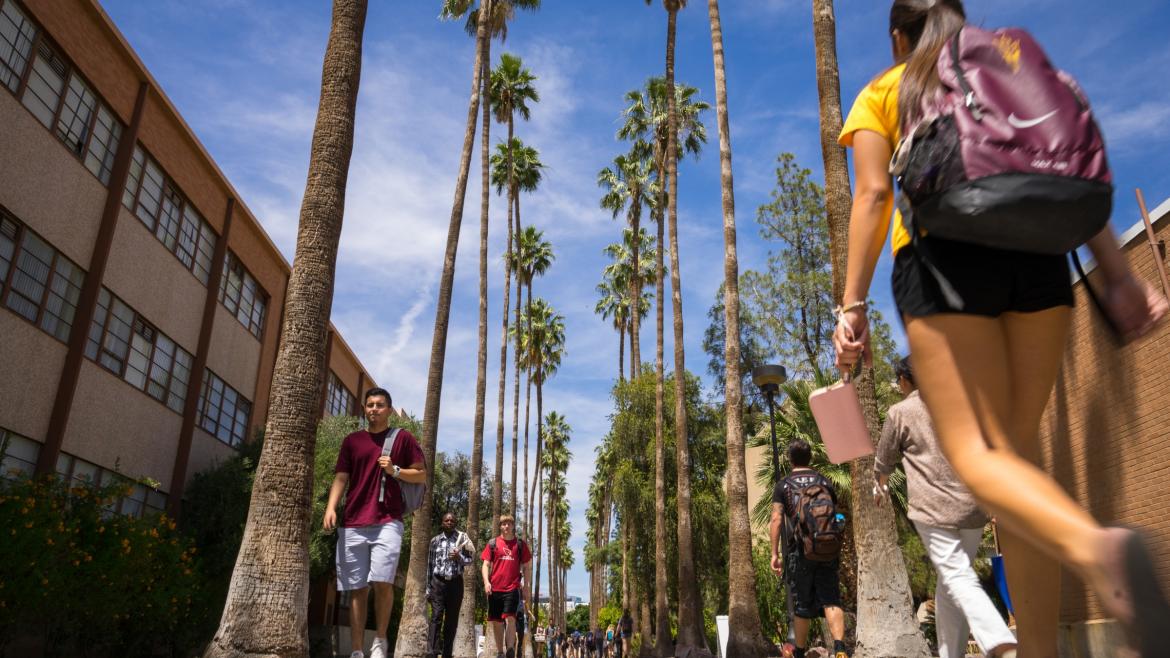 Finding life and fulfillment after college

As Arizona State University prepares to celebrate a fresh new crop of graduates in May, the outlook for them is more precarious than ever.

Jeffrey Selingo, a professor of practice at ASU's College of Public Service and Community Solutions, found that unemployment among young college graduates has gone up, wages have gone down and nearly half are underemployed.

Selingo addresses this scary situation in his new book, “There Is Life After College: What Parents and Students Should Know About Navigating School to Prepare for the Jobs of Tomorrow.”

He notes that the shift in launching a career is starting later and ending later as people live longer. But though a longer time to explore career options can be good, the problem is that many graduates are starting out unprepared. 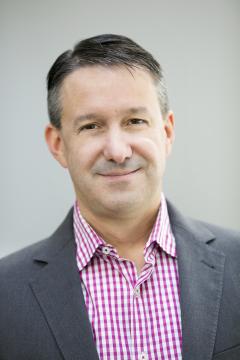 “Young adults are doing everything their parents and guidance counselors tell them to do, and yet they are still failing to find secure jobs that lead to lifelong careers,” writes Selingo (left), who is directorHe also is a special adviser to the president at ASU and is the former editor of The Chronicle of Higher Education. of the Academy for Innovative Higher Education Leadership, a partnership between ASU and Georgetown University.

He describes a variety of ways for new graduates to find the skills they need for a career, as well as what current college students — and even high schoolers — should do to get a step ahead.

Selingo answered some questions about what he discovered while researching “There Is Life After College.”

Question: Your book contains several anecdotes about college graduates who find themselves adrift, moving from one temporary job to another or, out of options, going to graduate school and racking up debt. Is this situation unique to our time?

Answer: It’s somewhat unique to our time although it think it includes the future as well because of the way the economy is structured now. The previous generations had careers where they could focus not only on one company but also one occupation. But now entire industries are coming and going at an alarming pace, and that results in a much more difficult time for today’s college graduates to launch into a career.

At the same time we have more people than ever before going to college. There used to be multiple pathways to success after high school, but now we’ve been telling students — and rightly so — that the pathway to success is a college degree. The unfortunate part is that many students never get that degree. But even those who get the degree essentially sleepwalk through college. They don’t take advantage of the opportunities presented to them, such as undergraduate research or multiple internships, and they don’t find the work that will give them experience they need. They pick easy majors and easy classes to skate through. Those are the students who really struggle after college.

Q: You mention that the debate over the role of college is not new.

A: We’ve had this debate for centuries. The American system was imported from Europe. The idea was that a select few people went to university to train to be statesmen, attorneys and pastors. Everyone else learned their jobs through apprenticeships.

As more and more people were going to college, universities expanded their disciplines and academic majors, and we started to see college as the access point to the job market.

What ended up happening is that we have an expectation that campuses are a place to train for a job and get a broad education, which creates a lot of tension as a result. You need both. But we expect it all in four years. It’s very difficult to give a full-fledged academic experience that trains the mind and also gives hands-on experience.

Q: So what are employers looking for?

A: I spent a lot of time with employers the last few years. I asked them what are the skills necessary for success today, and I hear “soft skills” — but I think they should be called “hard skills” because they’re hard to teach. And that’s communication, writing, the ability to deal with ambiguity.

For the most part today, students aren’t immersed in that world because somebody has directed their education from day one.

The other big thing, especially in middle- and upper-middle-income families, is that many students don’t work part-time jobs in high school anymore. If you look at the statistics, fewer are working part-time jobs than ever before. Helicopter parents want their kids to participate in athletics and every club imaginable and volunteer work, and that has made them less resilient.

Low-income students who work are in some ways better off when they get to college in terms of dealing with a work environment.

A: Students who interned in college, particularly in their field, had a much better shot of getting hired and were most likely to be hired by the company they interned for.

I saw that with Google but also with Enterprise Rent-A-Car. Those companies told me that in the last decade they have been increasing the percentage of students they hired from their internship pools largely because they want to “try before they buy.” They want to know that these students are able to do the jobs. And they don’t trust the bachelor degree as much as they used to.

Q: In your book, you describe the opaque hiring practices of many companies, in which unprepared employees ask random questions of candidates. And many new graduates are left in the dark about why they didn’t get a job. How do people learn from this practice?

A: The thing for students and even universities to understand about companies is that they tend to contradict themselves during the hiring process. They say they want these soft skills, the so-called liberal-arts skills, but then they actually hire for specific skill sets related to the job.

On the hiring process, I’m actually somewhat optimistic about the future because of the use of people analytics, which brings the “Moneyball” approach to hiring.

The Oakland Athletics baseball team got better when they started using data to pick players rather than instinct. The same is true in the working world. We tend to hire based on personal bias, such as where somebody went to school, which is why we’re so enamored of Harvard and Yale and other Ivy League schools.

In fact, companies using people analytics find that it’s democratizing. Companies that would hire from a select few institutions are now hiring from a broad range of universities. They’re finding that graduates from the ASUs of the world are doing as well as Stanford or Harvard graduates, and they’re finding that out years later. They’re reverse-engineering the careers of their most successful employees.