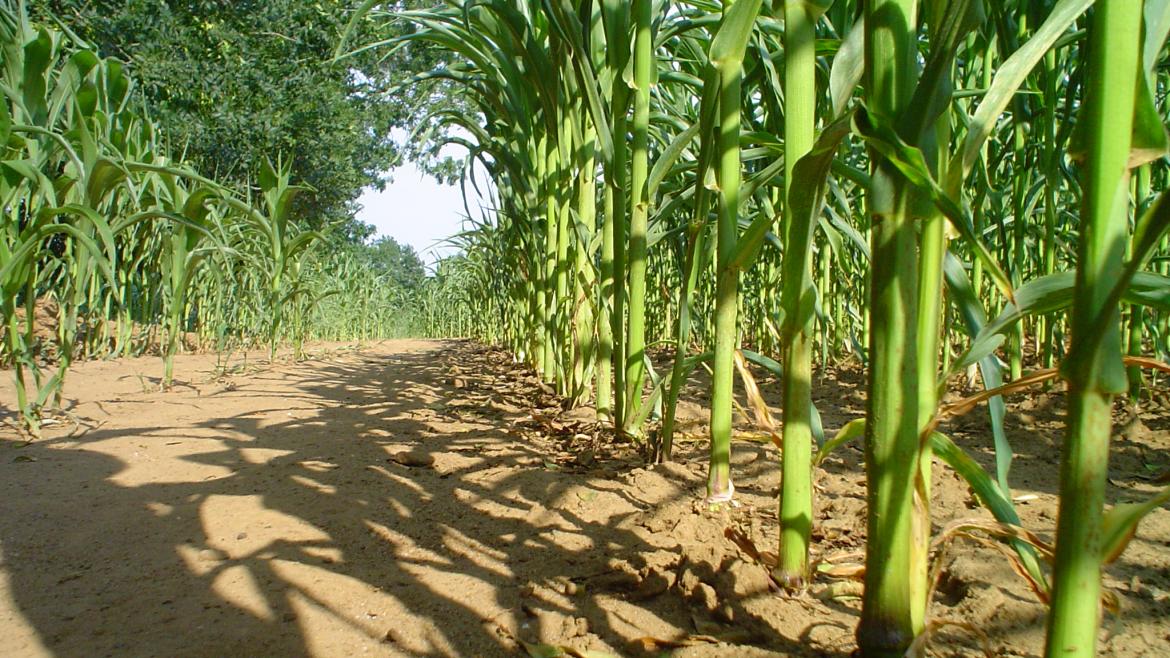 Working to feed the world

An Arizona State University researcher has figured out a way to modify crops that causes them to use less water and fertilizer but grow more food, an exciting development as food security becomes a critical concern as the world’s population expands.

Roberto Gaxiola, an associate professor with the School of Life SciencesThe School of Life Sciences is an academic unit in the College of Liberal Arts and Sciences., said his work also enhances a plant’s tolerance to various outside stresses, such as drought or climate change, other factors in feeding the more than seven billion people on the planet.

Gaxiola describes the work as enhancing the way a certain gene in the plant operates.

“This gene helps to move photosynthates — or molecules made by photosynthesis in the leaves — to the places plants need them in order to grow better roots, fruits, young leaves and seeds,” he said.

Current agricultural methods to increase the production of food often overuse fertilizer, causing environmental problems by polluting water and creating dead zones in oceans downstream. Over-fertilization can also cause plants to have small roots — something that was not anticipated when fertilizers were developed in the early 1900s. 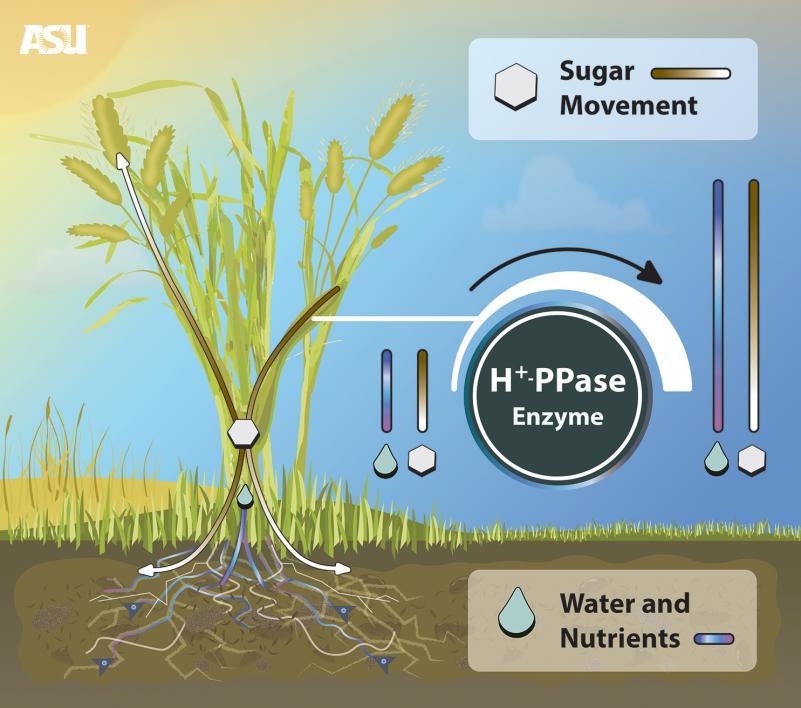 By increasing the expression of the enzyme H+-PPase, plants can more effectively move sugar, water and nutrients to the places they need them to grow better roots, fruits, seeds and young leaves. Credit: David Kiersh, ASU

By changing how effectively a plant uses water and nutrients, farmers would be able to use fewer resources to grow their crops.

“Larger roots allow plants to more efficiently acquire both nutrients and water,” said Gaxiola. “We can optimize inputs while minimizing environmental impacts. This is advantageous for our environment and for all consumers.”

The study showed that altering the way this geneThe gene, which is called type 1 H+-PPase, is found naturally in all plants. works in rice, corn, barley, wheat, tomato, lettuce, cotton and finger millet caused better growth in roots and shoots, and also improved how the plants absorbed nutrients.

The crops also saw improved water use and tolerance to salt in the soil, which is bad for crops.

The study’s findings were published in the scientific journal Trends in Biotechnology.

Gaxiola, who is the lead author of the study, collaborated with researchers from the University of Arizona, University of North Texas and with the USDA/ARS Children's Nutrition Research Center, Baylor College of Medicine.

He said the next step is to further study this simple biotechnology in order to maximize its agricultural potential.

This study was funded by the National Science Foundation (IOS-1122148).

Aaron Lavinsky, a 2014 graduate of Arizona State University’s Walter Cronkite School of Journalism and Mass Communication, won a prestigious honor from one of the nation’s top visual journalism organizations.Lavinsky, a photographer for the Minneapolis Star Tribune, took first place in the sports multimedia package category at the National Press Photographers Association's 2016 Best of Photojo...

Aaron Lavinsky, a 2014 graduate of Arizona State University’s Walter Cronkite School of Journalism and Mass Communication, won a prestigious honor from one of the nation’s top visual journalism organizations.

Lavinsky, a photographer for the Minneapolis Star Tribune, took first place in the sports multimedia package category at the National Press Photographers Association's 2016 Best of Photojournalism Multimedia contest, beating out The New York Times and ESPN. 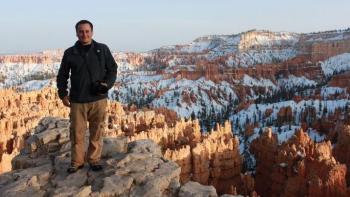 Judges awarded him first place for his photographs and video for “Hope on the Range,” an in-depth multimedia story profiling 44 young men in a remote region of Minnesota chasing the elusive dream of playing big-time college football. Lavinsky said he spent three months on the project, traveling north to Virginia, Minn., nearly 200 miles away from the Star Tribune’s newsroom.

At the Cronkite School, Lavinsky was a standout photographer, winning the school’s top photojournalism honor, the Greg Crowder Memorial Photojournalism Award. The annual honor was established by Troy and Betsy Crowder of Chandler, Arizona, in memory of their late son, 1980 Cronkite graduate Greg Crowder.

“It underscores the impact of philanthropy when we see our alumni being honored as professionals whose good work was recognized by donor-driven scholarship awards when they were students,” said Christopher Callahan, dean of the Cronkite School.

As a student, Lavinsky also won first place in both feature and general news photography in the Society of Professional Journalists’ Mark of Excellence Awards in 2013 and was named Arizona College Photographer of the Year by the Arizona Press Club in 2012. He held photo internships at The Seattle Times and was a Pulliam Fellowship at The Arizona Republic. At his graduation, he won one of the school’s Outstanding Undergraduate Awards.

“We are so proud of Aaron’s success,” Callahan said. “Even as a student he showed exceptional talent, evidenced by his many awards and honors. We are thrilled for him and couldn’t be more pleased to celebrate this deserving honor.”

Lavinsky, who joined the Star Tribune in 2014, said the faculty and classes at the Cronkite School open the door to many opportunities. “The Cronkite School has a great network that can get you in places where you can really learn the industry,” he said.

The NPPA’s Best of Photojournalism Multimedia contest recognizes the best visual journalism being produced online or for mobile delivery. There were approximately 1,000 multimedia project entries in this year's contest.

The NPPA is a leading journalism organization, dedicated to the advancement of visual journalism — its creation, practice, training, editing and distribution — in all news media and works to promote its role as a vital public service.