People in the Arizona State University community who won Fulbright awards this year are living abroad and studying subjects ranging from virus engineering and flamenco guitar to a World War II resistance heroine.

One ASU Fulbright grantee lived through the earthquake in Nepal and watched her community cope with the chaotic aftermath.

Another volunteers helping mothers and children in India.

Several Sun Devils get up every day in countries where they don’t speak the language and face classrooms full of children who are eager to learn English and hear about America.

They’ve unintentionally insulted their hosts with their primitive language skills, taught in schools when the power went out, evaded wild animals and eaten live octopus.

The experience is daunting and challenging and rewarding beyond measure.

Allison Weidemann, an ASU graduate who is teaching English in Turkey, said: “My first time at the grocery store, I remember thinking, ‘Here I am, a Fulbright scholar at the height of achievement, and I’m making my shampoo selection based purely on the color of the bottle since I can’t make anything else out!’ "

Despite the language struggles, Weidemann has found warmth and hospitality.

“I have joined in the lively traditional dancing at an engagement celebration, and stood solemnly at a graveside as flowers were arranged in memory of a beloved sister,” she said. “I’ve watched my host community react to the refugee crisis with concern and respond to the bombings in their capital with courage.”

And now is the time for ASU faculty members and juniors to decide whether they want to pursue the challenge of living and working in another country.

The Fulbright is the U.S. government’s flagship international educational exchange program, which pays for winners to work, study and teach abroad. ASU has 10 faculty members, called Fulbright scholars, and 22 students who won the grants this year. (Read about some of their experiences here.)

“We want to introduce students to the program to get them excited about it, particularly on the heels of our success,” said Kyle Mox, who’s the director of the Lorraine W. Frank Office of National Scholarships Advisement at ASU.

ASU was the top producer of Fulbright scholars among research institutions for 2015-2016 and was in fifth place for student awards.

The application process is rigorous, but ASU provides a lot of support, said Mox, who also is associate dean at Barrett, the Honors College.

“We get students started and work with them throughout,” he said. “We prep them on coming up with a proposal and drafting their proposal.

“It would not be strange for me to read five to eight drafts of one essay for an applicant as the student revises over three months.”

After that, a faculty committee screens the student candidates, who number up to 75 each year. The students get feedback on their proposals and interviews, as well as coaching on writing if needed.

The process takes months and can be grueling.

“We recognize the intrinsic value of the process in that it’s a transferable skill to a lot of other things,” Mox said. Jaxon Williams in Seville, Spain, where he is studying classical and flamenco guitar after winning a Fulbright award.

Jaxon Williams won a Fulbright award to study classical and flamenco guitar in Seville, Spain, this year after earning his undergraduate degree at ASU in music and guitar performance.

“I've always felt that to reach the next level as a musician, I need to live abroad and connect with the classical guitar's roots, which are in Spain,” said Williams, who has been playing concerts and studying with guitar masters.

“Much of this music is passed on orally and in person, so it's very hard to learn these things outside of Spain.”

For Matt Ykema, one of the biggest advantages of the Fulbright is that he has no required classes, so he can immerse himself in researching viruses at the Academic Medical Center in Amsterdam.

“I spend about eight to 10 hours in my lab, doing experiments, making viruses, reading papers and writing publications,” said Ykema, who earned bachelor of science degrees in molecular biology and economics at ASU.

Students who apply to be English Teaching Assistants write a proposal describing how they would engage students, Mox said. Those applicants don’t need to aspire to teach English as a career, but should show how a year instructing people in other countries will benefit their goals.

“It’s like a job application in many ways,” Mox said. “The judges are looking for leadership, responsibility and self-reliance.”

ASU grad Claire Cambron plans to go to medical school, but she wanted to live abroad first. She earned her undergraduate degree last year in biochemistry and genetics.

“I felt that by traveling, I could learn more about a different culture, which would help me be a more open-minded and receptive doctor and person,” said Cambron, who is teaching English at an elementary school in South Korea. “I also was looking for an opportunity that would push me out of my comfort zone and challenge me.”

Fulbright scholars are faculty members who win awards to study and teach abroad. They, too, get help in the process, according to Karen Engler, the ASU provost liaison for the Fulbright program.

“We connect faculty to Fulbright representatives for individual consultations and mentoring on their applications,” she said. “If the faculty member has an idea of what country they’re interested in, the Fulbright office can provide individual support for the applicants.”

Maureen Goggin is a professor of English at ASU who is spending this academic year at Karl Franzens University of Graz in Austria. She studies needlework as a form of communications and is an expert on samplers, pieces of embroidered cloth that were typically created by women.

Among her Fulbright projects is research on one piece of needlework — a sampler created in 1942 by a woman who was imprisoned in Terezin Small Fortress, part of the Theresienstadt concentration camp. The woman, accused of aiding in the assassination of a Nazi leader, was executed in 1943.

“It offers an interesting insight into Prague resistance during World War II,” she said. “It is a piece that has been ignored.”

Goggin said that faculty members who want to apply for a Fulbright should investigate the country, university and department they want to study in.

“Make sure you have something to offer in teaching that will complement but not compete with what is already available in the department,” she said.

Fulbright Day will be held at Pima Auditorium 230 in the Memorial Union on Wednesday, March 23. An information session on faculty applications will run from 1 to 2:15 p.m. Faculty members can then meet one-on-one with Fulbright representatives from 2:30 to 4 p.m. A student information session will run from 2:30 to 4 p.m. A networking reception with faculty and students who have won Fulbrights will be held from 4 to 5 p.m. in the Ventana Ballroom 241-C.

Top photo: ASU graduate Allison Weidemann in Turkey, where she is teaching English after winning a Fulbright award.

In a series of Q&As, ASU graduates and faculty who are currently studying abroad on Fulbright scholarships talked to ASU News about the highs and lows of living and working in a foreign country. Read on to learn more about their experiences. GraduatesOpening her mind and her heart: Claire Cambron, South KoreaA Fulbright family legacy: Chase Fitzgerald, South KoreaBringing relief to Nepa... 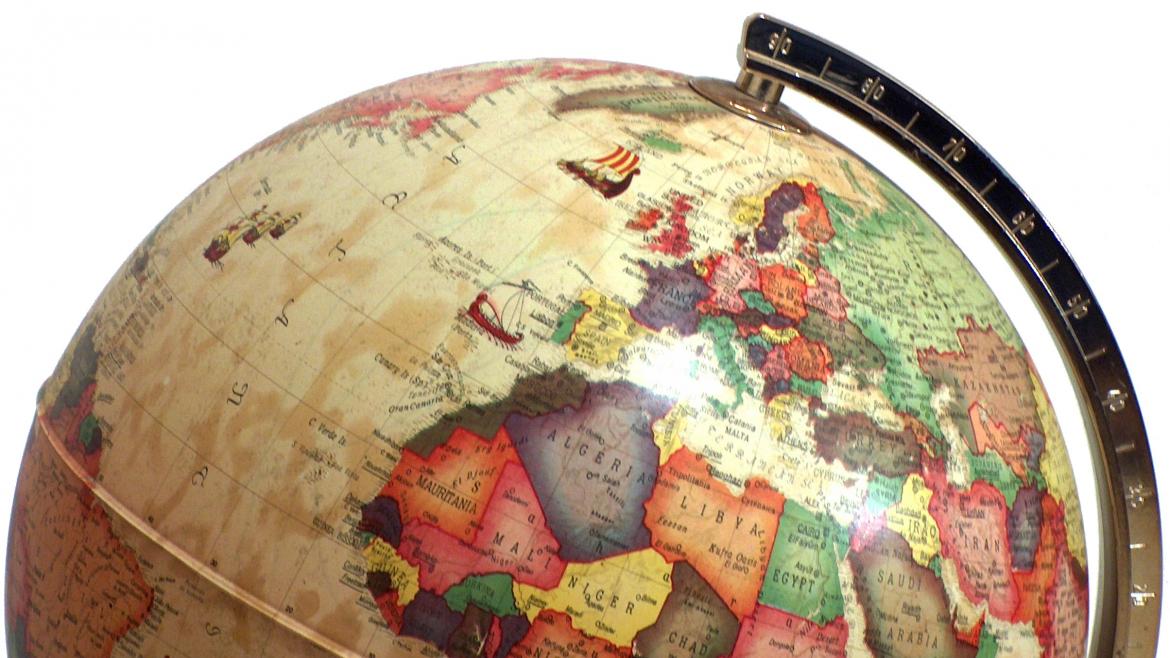 In a series of Q&As, ASU graduates and faculty who are currently studying abroad on Fulbright scholarships talked to ASU News about the highs and lows of living and working in a foreign country.

Read on to learn more about their experiences.

Opening her mind and her heart: Claire Cambron, South Korea

Seeing the world from a new perspective: Derek Townsend, Armenia

Learning to laugh instead of cry: Jenna Smith, South Korea