Tempe campus Washington, D.C.
When knowing too much is a bad thing.
The pitfalls of being connected to info: Creativity and innovation will suffer.
March 2, 2016

The general consensus is that more information is better for everyone.

And in this ultra-connected digital age, that belief is tested every day as people use the Internet to collect information on everything from how to fix their dishwashers to up-to-the-second traffic reports. But new findings by Arizona State University researchers suggest there is one drawback to having access to all this information: It makes us less innovative.

Maxime Derex and Robert Boyd have published a study in the Proceedings of the National Academy of Sciences that shows more connectivity does not always lead to more complex technology.

“In fully connected groups, the individuals’ propensity to learn from successful cultural models, a common strategy that allows us to copy efficient solutions from others, quickly reduced the diversity of solutions. Partially connected groups are more likely to produce diverse solutions, allowing them to innovate further by combining different solutions,” said Derex, a postdoctoral researcher with the Institute of Human OriginsThe Institute of Human Origins is a unit in the School of Human Evolution and Social Change, within the College of Liberal Arts and Sciences..

And the results appear rather conclusive.

In an experiment where participants were placed in groups tasked with trying to produce a virtual remedy to stop the spread of a virus, none of the members of a group constantly allowed to observe solutions produced by their group members were able to discover the most complex innovations. Meanwhile, 58 percent of the members of a partially connected group — where they could only observe solutions of people in their subset — were able to craft successful innovations.

The results show that partial isolation is a strong driver of cultural diversity and that larger and more connected populations do not necessarily exhibit higher cultural complexity. However, Derex and Boyd warn that small and isolated groups might be exposed to higher rates of cultural loss, suggesting that an optimal level of connectedness probably balances cultural loss and cultural diversity.

This experiment also offers some insight into how our ancestors’ cultures evolved.

“Our results suggest that increased contact as human populations spread across the world could have been important in the explosion of new technologies that appears at the same time,” said Rob Boyd, research affiliate with ASU's Institute of Human Origins and Origins Professor in the School of Human Evolution and Social Change.

About 60,000 years ago, humans emerged from Africa and rapidly spread across the globe. Technology played a critical role in that process, because it allowed humans to thrive in habitats for which they are poorly suited biologically. The results of Derex and Boyd’s study suggest that contacts between previously isolated groups could have brought different skills and cultural traits together and may have led to periods of sudden leaps in cultural accumulation, and the resulting technologies may have helped early humans to quickly adapt to new environments.

Kudos to Catherine Saucier, associate professor of music history and musicology, for receiving glowing reviews in significant research journals for her monograph "Paradise of Priests."The book examines the music of religious worship in Liège, in modern-day Belgium. In medieval times, the city was known as a priestly paradise, since it was the seat of a vast diocese in northwestern Europe and a ci...

Kudos to Catherine Saucier, associate professor of music history and musicology, for receiving glowing reviews in significant research journals for her monograph "Paradise of Priests."

The book examines the music of religious worship in Liège, in modern-day Belgium. In medieval times, the city was known as a priestly paradise, since it was the seat of a vast diocese in northwestern Europe and a city with an exceptional number of churches, clergymen and church musicians. Surprisingly, the city accommodated as many masses each day as did Rome. 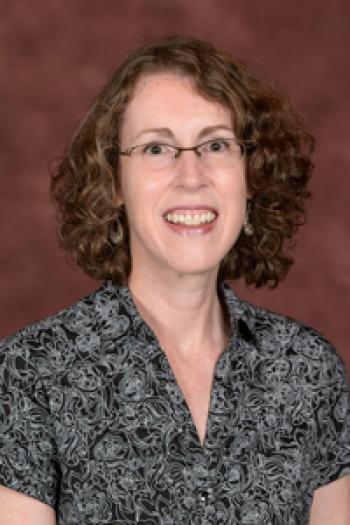 "The intersection of civic and religious cultures fascinates me, specifically how sacred rituals and music promote local identity," says Saucier. "A wealth of surviving historical records, choir books, and artwork document how the medieval city of Liège came to be venerated as a saint. I was eager to explore these interdisciplinary connections and it was amazing to discover how music was such an integral part of this phenomenon."

Barbara Haggh-Huglo, an internationally-recognized expert in medieval music of the Low Countries (Belgium and the Netherlands), reviewed Saucier's book in the journal Plainsong and Medieval Music, stating, "This meticulously argued book is pathbreaking on several counts." Saucier says it was an honor that Haggh-Huglo reviewed her book in such detail.

Other journals that reviewed the book include Music and Letters, Early Music, Catholic Historical Review and The Journal of the Dolmetsch Foundation.

To find out more about the book and to read several of the reviews, go to the publisher's website: urpress.com