A History of the Mandan people

Professor Elizabeth Fenn is the Walter and Lucienne Driskill Professor of Western American History at the University of Colorado Boulder.  Her field of study is the early American West, focusing on epidemic disease, Native American, and environmental history.  Her 2001 book Pox Americana: The Great Smallpox Epidemic of 1775-82, unearthed the devastating effects of a smallpox epidemic that coursed across the North American continent during the years of the American Revolution. Fenn is now at work on an expansive biography of Sakagawea, using her life story to illuminate the wider history of the northern plains and Rockies.
Join us on January 21 for a talk about her work and her 2015 Pulitzer Prize winning book, Encounters at the Heart of the World: A History of the Mandan People.
We mainly know of the Mandan Indians—iconic plains people whose teeming, busy towns on the upper Missouri River were for centuries at the center of the North American universe—because Lewis and Clark wintered in their midst in 1804-1805. But these prosperous villagers had a rich history, and in Encounters at the Heart of the World, Elizabeth A. Fenn retrieves it, piecing together not only archeological and anthropological findings but also relevant new work in geology, climatology, epidemiology, and nutritional science. Her pathbreaking account of centuries of Mandean prosperity and productivity gives us a new perspective on early American history, a new interpretation of the American past.
The damage wrought by imported diseases such as smallpox and the havoc caused by the arrival of horses and steamboats were tragic for the Mandans, yet, as Fenn makes clear, their sense of themselves as a people with distinctive traditions endured.
- See more at: http://humanities.asu.edu/e/asu-events/encounters-heart-world-history-ma... 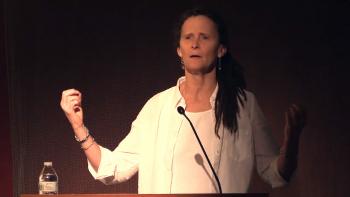 Professor Elizabeth Fenn discusses her book "Encounters at the Heart of the World: A History of the Mandan People" at Arizona State University Download Full Image

Kevin Merida, the former Washington Post managing editor who is the editor-in-chief of ESPN’s new site “The Undefeated,” headlines a showcase of top-flight communications professionals speaking this spring at Arizona State University’s Walter Cronkite School of Journalism and Mass Communication. 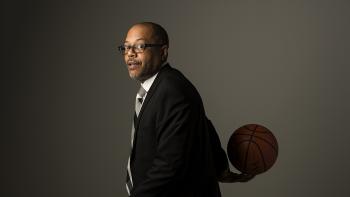 The series starts Feb. 1 with a discussion on storytelling from the U.S.-Mexico border with Cronkite Borderlands Initiative Professors Alfredo Corchado and Angela Kocherga and concludes April 25 with National Geographic Society Fellow and photographer Chris Rainier, who will explore visual storytelling.

The spring 2016 semester marks the 16th series, which has included numerous Pulitzer Prize-winning reporters, national television correspondents, editors of major newspapers, journalism innovators and entrepreneurs and public-relations experts. More than 160 lecturers and panelists have participated in the series since 2008.

“ ‘Must See Mondays’ offers a rare opportunity for our students and the public to hear from leading journalists and communicators,” said Cronkite School Dean Christopher Callahan. “The lecture series has become an important part of our learning environment, and we are excited to welcome these tremendous speakers.”

The free public lectures start at 7 p.m. in the First Amendment Forum of the Cronkite School on the ASU Downtown Phoenix campus.

Feb. 8: Pulitzer Prize-winning reporter and best-selling author Thomas E. Ricks will present “Why I Fear We Will Lose Our Next War,” with an introduction from Daniel Rothenberg, co-director of the ASU Center on the Future of War, and Cronkite School Dean Christopher Callahan. The talk is part of the annual Paul J. Schatt Memorial Lecture.

April 4: Benoit Wirz, director of venture investments at Knight Foundation, will explore “Investing in the Media Frontier,” with an introduction from Newton.