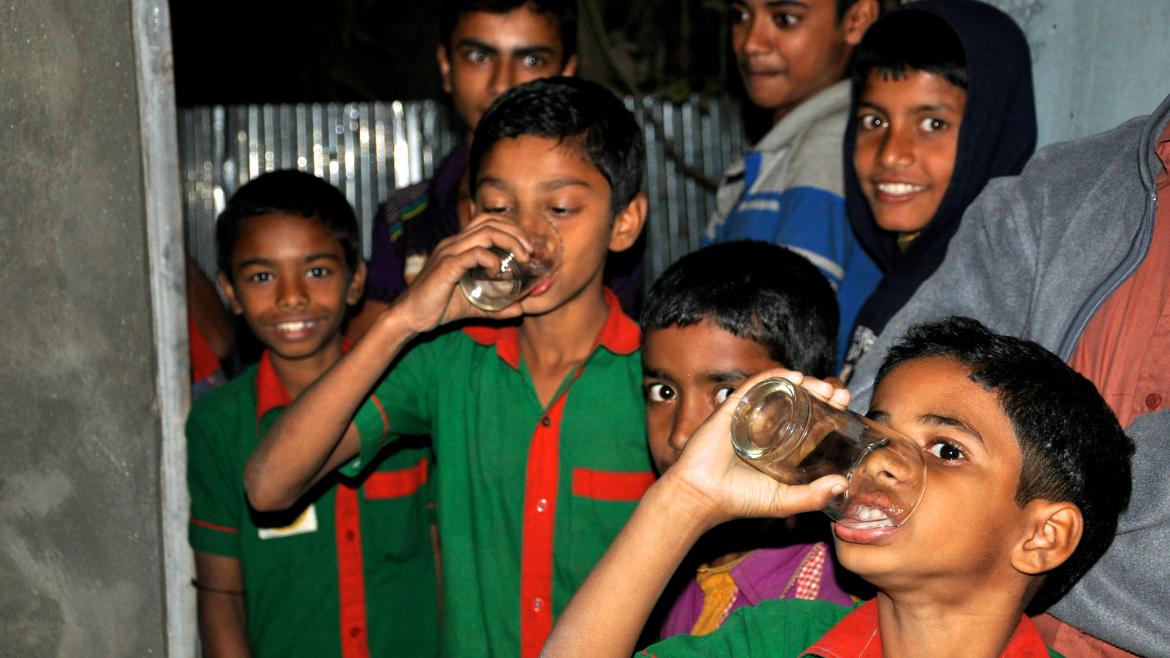 Pitching in for humanity

Crowdfunding at ASU a promising platform.
Another thing ASU excels at: Crowdfunding for its community.
February 16, 2016

Trends come and go in the ever-flowing, amorphous realm of online evolution. But for every MySpace or Napster, there are Internet innovations that have real staying power.

Case in point, crowdfunding. The communal way to raise money via online donations has become a staple of this digital era. Whether through well-branded nodes like Kickstarter or lesser-known sites, crowdfunding has allowed dreams with grand visions but limited funds to get the capital to pursue innovation.

At Arizona State University crowdfunding comes via PitchFunder, a portal run by the ASU Foundation for a New American University that allows students, professors, faculty or alumni to raise money for passion projects or charitable works. And like many things at ASU, PitchFunder is facilitating in a way that’s exceeding expectations.

In the three years since its launch PitchFunder is responsible for funding more than 50 goodwill campaigns and more than $250,000 in charitable contributions. But to better appreciate the nuances of PitchFunder you have to dial into the details, a bit.

For instance, less than 10 percent of all crowdfunding campaigns raise more than $500. PitchFunder campaigns average approximately $5,000 per fundraising cycle. It’s one reason why Evernote named ASU's PitchFunder one of the best university crowdfunding platforms in the U.S., alongside similar efforts at institutions like Carnegie Mellon, Cornell and the University of California, Berkeley.

“Crowdfunding aligns very well with the ASU design of providing access to individuals but also educational access to unique opportunities,” said Shad Hanselman, assistant vice president of development advancement in the ASU Foundation, who helped to develop PitchFunder in April 2013.

“What makes us different is that we provide teams of campaign and account managers who are experts in crowdfunding and will teach groups how to successfully raise money from beginning to end,” Hanselman said. “What’s most beneficial to our students after they graduate is that this teaches them how to do cold-calling, outreach and how to build a program. It helps to further the mission in a million little ways.”

For 33 Buckets, an ASU-based organization started in 2011, the mission is simple: bring clean drinking water to school-aged children in Bangladesh and empower communities to develop a solution to water sources that are tainted with arsenic.

33 Buckets believes it can not only solve the water problem but prop up local economies through an innovative filter system that cleans water for the school systems who in turn sell and distribute the water to businesses and the surrounding communities.

Vid Micevic, a 22-year-old senior studying sustainable engineering in the Ira A. Fulton School of Engineers and member of 33 Buckets, said his organization raised $10,000 through crowdfunding.

“We were already asking family members and friends for money and when the public saw what we were doing, they donated as well,” Micevic said. “PitchFunder was so gracious and kind with their time and took us step-by-step through the process. There’s no way we could have done this without them.”

33 Buckets will expand its operations this year and visit Monte Plata in the Dominican Republic where the group will partner with a locally-based organization called Schools for Sustainability. The two will help the community wean off cave water dependence, rid water of E. coli and other forms of bacteria and potentially save 1,110 lives from water-borne illnesses. Furthermore, they believe 200,000 people will have access to clean water in 10 years.

The International Service Devils, another group that focuses on the improvement of the worldwide community, has used PitchFunder to secure its service trips. In the past the group has visited and worked in Costa Rica, Guatemala and India through a company called Dream Volunteers. The Service Devils do everything from laying concrete and bricks to teaching math and English and volunteering in a multitude of local events set up through Changemaker CentralChangemaker Central at ASU is a community of like-minded students that are leading social change in our local and global community. .

This year the Service Devils will be going back to Costa Rica and travelling to Ho Chi Minh City, Vietnam, to establish a basic healthcare and education program for future service groups. The group will also be working with two orphanages — one fostering all boys and the other catering to children with HIV/AIDS.

“We have used PitchFunder as our primary source of fundraising for the last three academic years and the program itself, along with the people who have supported our fundraiser, has been wonderful,” said Kali Richmond, a 21-year-old senior and Service Devil who will graduate in May. “It takes work from each and every member of our organization to reach out to all the possible donors, but it is worth it in the end.”

The Graphic Design Student Association uses PitchFunder in a different way. The association takes an annual trip each spring break to large U.S. cities looking to pair its members with internship opportunities. Last year the association raised $7,000 to travel 52 students to Chicago. This year it has raised $10,000 and is taking 33 members to New York City.

“As anyone who has ever booked hotel rooms and flights to big cities would know, these trips are not cheap,” said Lauren Bailey, a 22-year-old Visual Communication Design major in the Herberger Institute for the Design and Arts. “These trips allow us to visit and tour design studios, which will put us in a competitive position for prospective internships and post-grad opportunities.”

Hanselman said because PitchFunder has the stamp of approval from the university, it makes it easier for contributors because the donation is considered charitable. According to Hanselman, 95 percent of the money raised by PitchFunder goes toward the organization while the university takes a 5 percent cut to pay for costs.

“It puts us as one of the better deals in crowdfunding and we really believe in this,” Hanselman said. “The Foundation has given us a way to build this out as a service to the community and everyone benefits.”

Currently, PitchFunder can host about 10 campaigns at once. The plan is to increase this number to 50 so more people at ASU can finance their great ideas.

Top photo: Children in Bangladesh drink water that has been cleaned or secured for them by the 33 Buckets student group.

Arizona State University has received a $1.5 million award from the W.M. Keck Foundation’s  Science and Engineering Research Grant Program to study the origin of Earth’s water and hydrogen.   The project, entitled "Water from the Heavens: The Origins of Earth’s Hydrogen," will be headed by Principal Investigator and Regents’ Professor Peter Buseck, of the School of Earth and Space Expl...

Arizona State University has received a $1.5 million award from the W.M. Keck Foundation’s  Science and Engineering Research Grant Program to study the origin of Earth’s water and hydrogen.

The project, entitled "Water from the Heavens: The Origins of Earth’s Hydrogen," will be headed by Principal Investigator and Regents’ Professor Peter Buseck, of the School of Earth and Space Exploration and the School of Molecular Sciences. 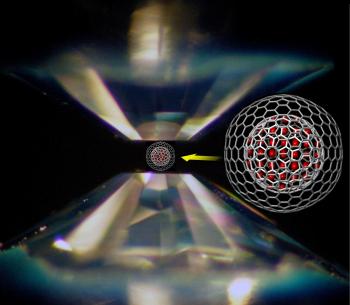 “True to the Sun Devil spirit, Professor Buseck’s team proposal was ambitious in scope, innovative in approach, and ripe with transformative potential. We are delighted to see the Keck Foundation’s decided endorsement of this attempt to tackle one of the most intriguing controversies in planetary genesis,” says CLAS Natural Science Dean Ferran Garcia-Pichel.

Buseck and his team will seek to answer the fundamental question of where the water on Earth originally came from. The path to understanding this leads to experiments that measure how hydrogen behaved among the metallic elements in the core and mantle of the early Earth.

“The origin of Earth’s water and hydrogen is a long-debated, yet unsolved mystery,” says Buseck.

While current models dismiss the theory that a significant source of hydrogen is from the early Earth’s gas cloud, the team’s theory, referred to as the “ingassing hypothesis” would require that substantial amounts of hydrogen be removed from the mantle and stored in the core. This has not been an easy theory to test, however, because of the complexity of simulating the extreme pressure and temperature deep within Earth.

To overcome these challenges, Buseck and his team have developed breakthrough high-pressure techniques using transmission electron microscopes and diamond-anvil cells, both located on the ASU Tempe campus. If successful, the method would significantly advance high-pressure technology.

“Support for the hypothesis would be a cosmochemical game-changer, potentially shifting the framework of our understanding of the origin of water, noble gases, and other volatiles on Earth and rocky exoplanets,” says Buseck. “This could have significant consequences for our understanding of planetary habitability.”

The Analysis team is led by Assistant Research Scientist Stephen Romaniello and President’s Professor Ariel Anbar, along with Regents’ Professor and Center for Stable Isotopes Director Zachary Sharp at the University of New Mexico.

ASU is one of only six universities this year to receive a Keck Foundation award in the Science and Engineering Research Grant category.

The W. M. Keck Foundation was established in 1954 by William Myron Keck, founder of The Superior Oil Company. Mr. Keck envisioned a philanthropic institution that would provide far-reaching benefits for humanity, supporting pioneering discoveries in science, engineering and medical research.