U.S. Sen. John McCain will share his thoughts on politics, security and the media as part of an interview series at Arizona State University’s Walter Cronkite School of Journalism and Mass Communication and Thunderbird School of Global Management.

The Arizona Republican, who was the GOP’s nominee for president in 2008, was first elected to the Senate in 1986 and serves as chairman of the Senate Armed Services Committee. He is taking part in the “Iconic Voices” public interview series Friday, Feb. 19, from 2-3 p.m. at the Cronkite School’s downtown Phoenix campus. 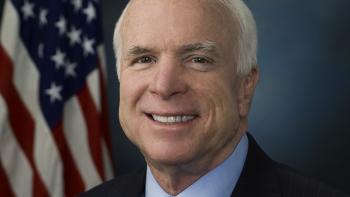 Moderated by Professor of Practice Jeff Cunningham, the discussion will explore McCain’s views on the 2016 election, global security, the state of the Arizona economy and his career from Vietnam to the U.S. Senate.

“I am looking forward to Senator McCain’s informed perspective on a wide variety of critical issues facing our country today,” said Cunningham, the former publisher of Forbes magazine.

McCain was elected to the U.S. Senate in 1986 and was the Republican Party’s nominee for president in 2008. He currently serves as chairman of the Senate Armed Services Committee and sits on the Senate’s committees on Foreign Relations, Homeland Security and Governmental Affairs, and Indian Affairs. He was first elected to Congress in 1982 from Arizona’s 1st Congressional District.

McCain graduated from the U.S. Naval Academy in 1958 and was a naval aviator for more than 20 years. In Vietnam, his plane was shot down over Hanoi in 1967, and he was held as a prisoner of war until 1973. His military honors include the Silver Star, Bronze Star, Legion of Merit, Purple Heart and the Distinguished Flying Cross.

The McCain talk is open to the public. It will be held in the Cronkite Theater (room 202) on the ASU Downtown Phoenix campus at 555 N. Central Ave. No RSVP is required; however, seating is limited. Overflow seating will be available in the Cronkite School’s First Amendment Forum, where the discussion will be live-streamed.

Marking a quiet corner of history

The United States is a young country, but it still has its fair share of history.Anyone who has ever taken a road trip has seen the scores of historical markers dotting the nation's highways, pointing the way to hidden treasures of America’s past.Now, thanks in large part to the efforts of Arizona State University professor Angelita Reyes, the Parker Sydnor Log Cabin in Mecklenburg County, Virgi... 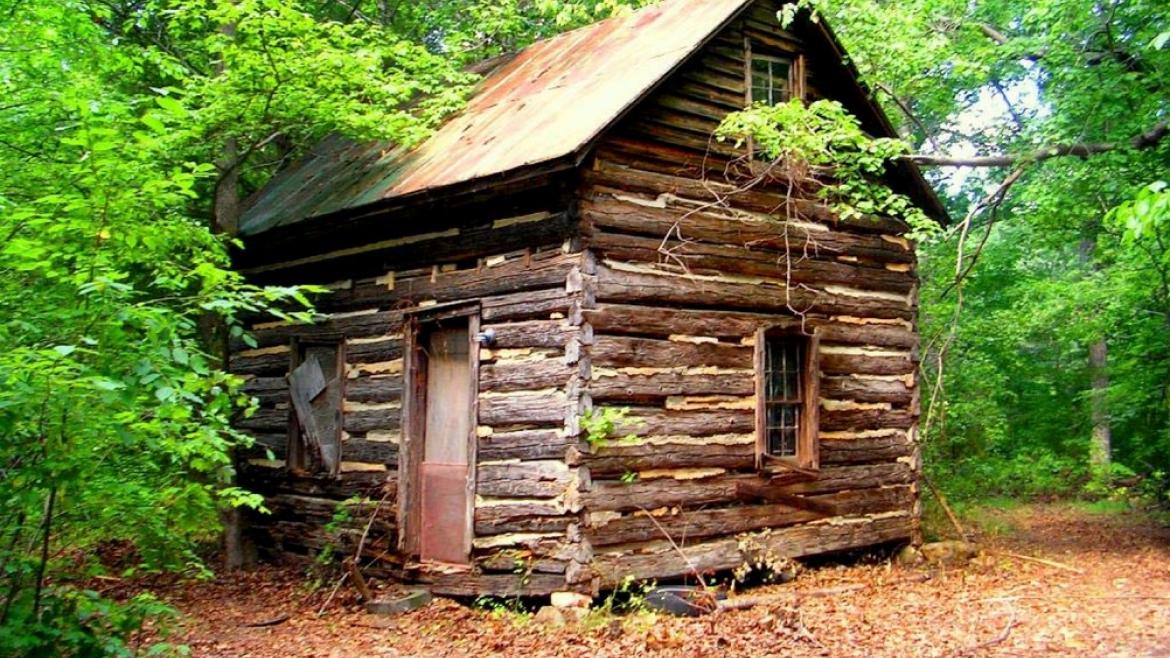 Marking a quiet corner of history

The United States is a young country, but it still has its fair share of history.

Anyone who has ever taken a road trip has seen the scores of historical markers dotting the nation's highways, pointing the way to hidden treasures of America’s past.

Now, thanks in large part to the efforts of Arizona State University professor Angelita Reyes, the Parker Sydnor Log Cabin in Mecklenburg County, Virginia, is one of them.

The Civil War-era cabin stands as testament to a time in our nation’s history when newly freed African-American slaves began to establish themselves as productive members of society, serving as a home to successful tombstone carver and former slave Patrick Robert “Parker” Sydnor. 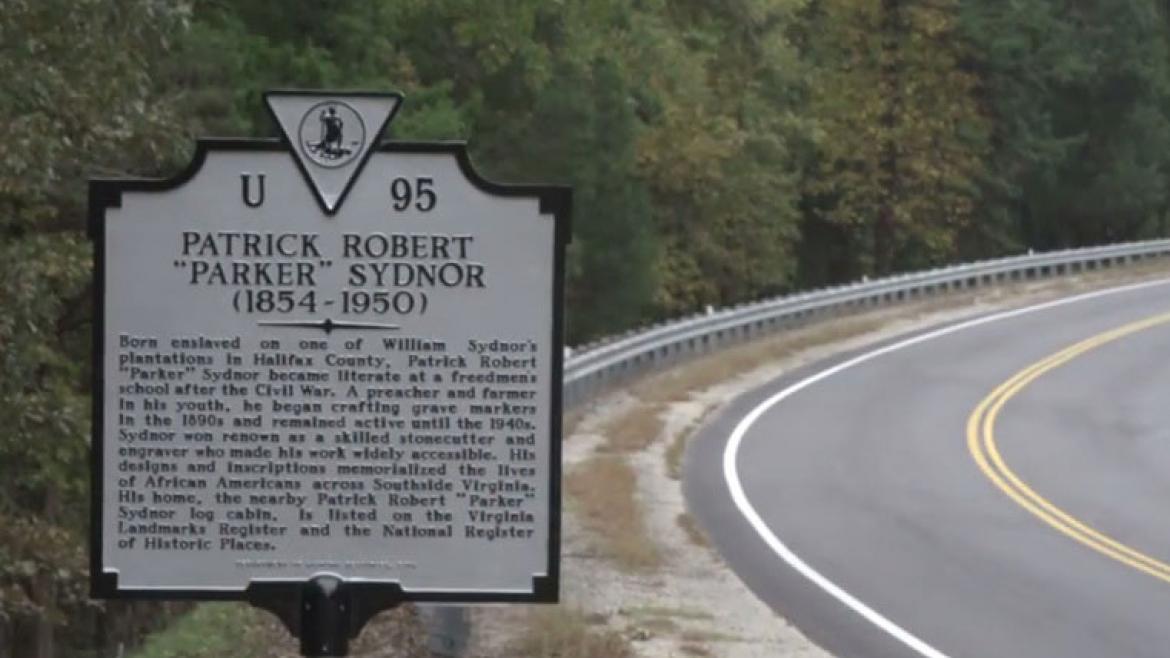 Recognizing historical sites like the cabin, which Reyes refers to as “vernacular” and “of the people,” is just as important as recognizing the more “elite” historical sites, such as George Washington’s Mount Vernon.

As the great-granddaughter of Sydnor, Reyes said the cabin has personal significance for her. Nearly a decade ago, she embarked on a mission with her family to include it on the National Register of Historic Places and the Virginia Landmarks Register. After achieving both in 2007, Reyes turned her attention to obtaining an official Virginia state historical highway marker for the cabin. That too was achieved, this past fall.

“It’s a real achievement because now we have established this public history as having national importance,” Reyes said. “It’s very important that generation after generation, no matter how humble, the memories, the way people have survived thrives.”

“The CHIF grant is of utmost importance,” Reyes said. “It enabled the taking of the project to the next level and the raising of visibility for the historic preservation.”

As a faculty member of ASU’s School of Social TransformationThe School of Social Transformation is an academic unit of the College of Liberal Arts and Sciences. and Department of English, Reyes teaches courses on African and African-American studies, English and women and gender studies. She relishes the opportunity to use her log cabin project as a real-world teaching tool, even if the distance between ASU and Virginia doesn’t allow for her students to be there in-person. 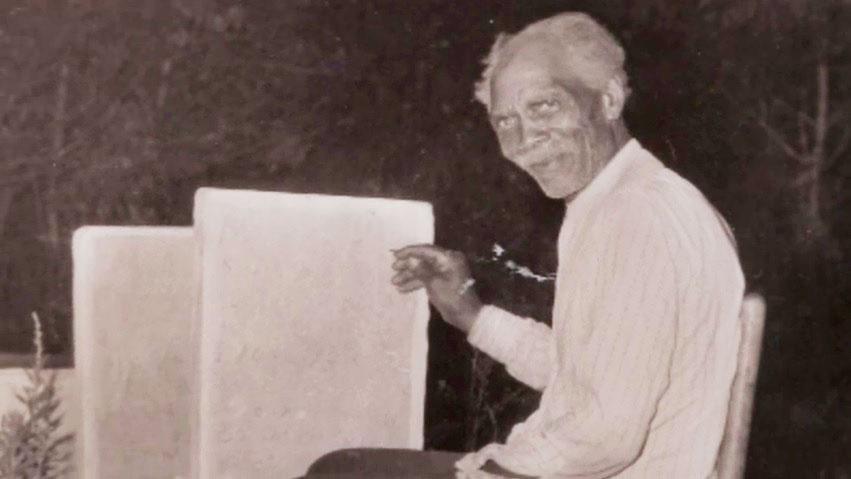 Tombstone carver and former slave Patrick Robert “Parker” Sydnor, whose inscriptions memorialized the lives of African Americans. This and the photo of historical marker courtesy of Angelita Reyes

“My students at ASU are involved in the project from the perspective of seeing how professors can take very academic subjects and bring them to the general public and make them usable. I’m taking history out of the classroom,” Reyes said.

“In general, people say history is a matter of knowing dates, wars, etc. What about microhistory? People who were not necessarily those big heroes or heroines throughout history? And that’s especially important in women and gender studies.”

As Reyes delved further into the history of the cabin and her own ancestral lineage, she discovered a genealogical and historical relationship to ASU: she shared ancestry with brothers Brad Sydnor and Doug Sydnor, both Scottsdale architects whose father, the late architect Reginald G. Sydnor, designed ASU’s H. B. Farmer Education Building.

“It was a fascinating story to learn that Angelita and my roots go back approximately 350 years in Virginia,” said Doug Sydnor. “When Angelita, my brother and I met for the first time, of course we were literally face to face with our ancestral lineage. Since that time I have enjoyed getting to know Angelita, realized we have some long time mutual friends in the Phoenix area, and have learned a great deal more about this very special story.” Doug Sydnor now serves on the board of directors for the Parker Sydnor project as an architect advising and facilitating the programming, site planning, design and construction of the cabin rehabilitation, and a future visitor’s center.

At the historical highway-marker dedication ceremony in October, Reyes had the pleasure of unveiling the marker.

“It is an honor to have your historical site designated with a highway marker,” said Reyes. “People will stop, pull over, read it. And it’s not a museum; it’s a living history center.”