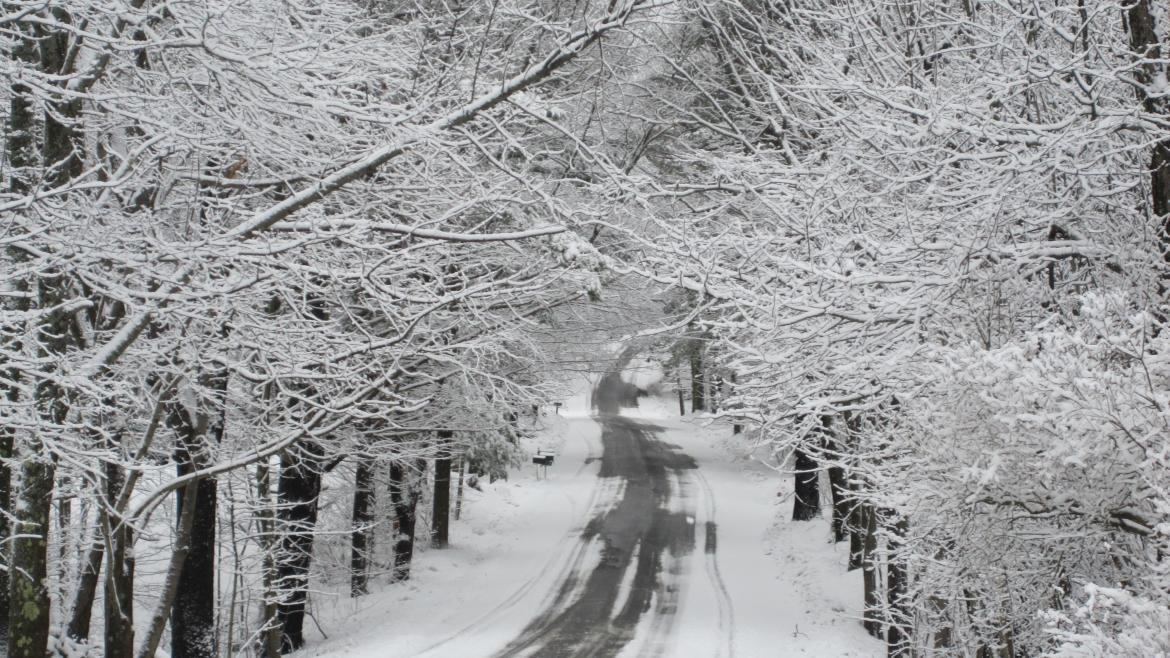 Democrats and Republicans in a snowy New Hampshire have cast their ballots and, as is so often the case, have picked different winners than the voters in Iowa just eight days before.

GOP Granite Staters chose businessman Donald J. Trump, giving him a commanding victory over the rest of the field. On the Democratic side, Sen. Bernie Sanders (D-Vt.) scored a more than 20-percentage-point victory over the candidate who once seemed unbeatable, former Secretary of State Hillary Clinton.

Question: Former Secretary of State Hillary Clinton’s campaign seems to have worked very hard to lower expectations in New Hampshire. And, to be sure, Sen. Bernie Sanders has been leading in the polls there for a while. But is it fair to give her a pass? What does it say about the Clinton campaign that she won Iowa in a photo finish and lost New Hampshire — which she won in 2008 — by such a wide margin?

Answer: It’s not unusual for candidates to try to set expectations in primary contests. I don’t think she gets a pass, but I also don’t think she should take much flak for trying to set her bar. She pulled in about 40 percent of the vote, which compares well with what she received in 2008 in a five-way race. 2016 is a different race, so substantively not as comparable across eight years.

Q: Is Sanders writing the sequel to the book Barack Obama authored in 2008 by coming out of nowhere to effectively challenge the powerful Clinton political machine? Is he likely to be the Democratic nominee?

A: Sanders must demonstrate support across a diverse population as Obama did. Obama bounced back from New Hampshire with a win in South Carolina and strong showings in Nevada, Colorado and other states. New Hampshire is overwhelmingly homogeneous, and most of the upcoming contests will be in states that are more reflective of Democratic party constituencies.

Q: Trump’s theory of the campaign had been that he is the only “winner” in the race. That took a hit last week when he came in second in Iowa. Does a big margin of victory in New Hampshire make him the candidate to beat again?

A: Yes, it does. His campaign regenerates momentum with a big win in New Hampshire. He can reclaim his “winner” mantle with the results from Tuesday's vote.

Q: Throughout the Republican primary we’ve been talking about which so-called “establishment” candidate would emerge to challenge Donald Trump and Texas Republican Sen. Ted Cruz, the winner in Iowa. Many analysts believed New Hampshire would winnow the field and identify that person. But now it seems more muddled than ever. Do you see any clarity?

A: The big surprise is the surge of John Kasich (of Ohio). He may be the the only remaining governor to continue with a viable campaign. HIs strong finish will help him raise campaign funds and may signal him to establishment donors as the alternative to Trump and Cruz. Sen. Marco Rubio (R-Fla.) trailed the front-runners badly. This past week he took hits from Gov. Chris Christie and others, and those seem to have made a difference. The beneficiary is Kasich.

Q: Jeb Bush has looked at New Hampshire as his firewall, and in many ways pulled out all the stops, including bringing his 90-year-old mother to campaign with him in the New England snow. Is fourth place in the Granite State good enough for the former Republican front-runner? Or has the party moved on?

A: Without a clear third-place finish, this may have been Bush’s last push. He may continue but has failed to show he can be the establishment candidate. Finishing behind Cruz, in a state Cruz was projected to not fare well, continues the narrative that he is a poor candidate.

Q: Exit polls in New Hampshire indicated that voters care far less about electability than finding someone who “shares my values.” That has been a trend during this primary season. Does that portend a general election pitting fringe candidates against one another?

A: I don’t think so. Primary voters can be poor indicators of the national electorate. It may also be the case that for Democrats, younger voters who are now supporting Sanders may be driving that trend in this phase of the election. For Republican voters, that trend may be the case across more demographic groups than usual, but it would still be very odd for most Republicans to support a candidate who polls worse against Clinton (still the expected Democratic nominee) than another Republican candidate.

Buoyed by the thrill of participating in the 2013 national wildlife trivia Quiz Bowl, held in conjunction with the annual conference of The Wildlife Society, four ASU Polytechnic natural resource management students returned from that contest with a big idea.What if a similar Quiz Bowl event could be offered at the regional level?“Held closer to home, it would give more students the chance to co...

Buoyed by the thrill of participating in the 2013 national wildlife trivia Quiz Bowl, held in conjunction with the annual conference of The Wildlife Society, four ASU Polytechnic natural resource management students returned from that contest with a big idea.

What if a similar Quiz Bowl event could be offered at the regional level? 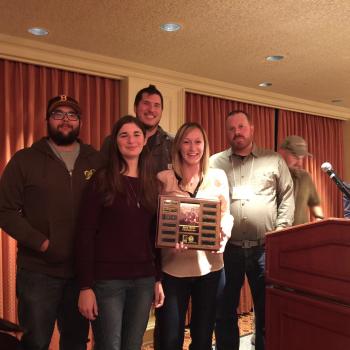 ASU Polytechnic team members (from left) James Ecton, Jacquie Evans, Sky Arnett-Romero and Jessica Latzko accepted the Quiz Bowl "traveling plaque" from Quentin Hays (far right), president of the New Mexico Wildlife Society. The award was presented in front of the 400 professionals and students who gathered for the joint annual meeting of the Arizona – New Mexico Chapters of the American Fisheries Society and The Wildlife Society. Download Full Image

“Held closer to home, it would give more students the chance to compete — and also be a hook to get students engaged with the professional community of researchers and practitioners in wildlife biology and habitat management,” said Heather Bateman, associate professor of applied biological sciences in the College of Letters and Sciences, who took up the cause and chaired the committee that launched the first regional Quiz Bowl competition in 2014.

Three years later, the contest has become quite popular with student chapters, which now have the chance to compete at the Joint Annual Meeting of the Arizona and New Mexico Chapters of the American Fisheries Society and The Wildlife Society.

Coming full circle, this year’s Quiz Bowl committee was chaired by a member of that first ASU team to compete at nationals, alumnus Brett Montgomery, now with the Utah Division of Wildlife Resources.

ASU’s 2016 team of James Ecton, Jacquie Evans, Sky Arnett-Romero, and Jessica Latzko — all applied biological sciences majors from ASU’s natural resource ecology program in the College of Letters and Sciences at the Polytechnic campus — finished strong in every round, earning a place in the finals.

“It was a repeat of last year’s final match-up — we once again faced a team from New Mexico State,” said Latzko, president of the Wildlife and Restoration Student Association at the Polytechnic campus and a veteran of the 2015 ASU team which took home second place.

But this year the Sun Devil team prevailed.

“None of us thought we would do as well as we did; we were just hoping that we didn't get crushed,” said teammate Jacquie Evans, who is president of ASU’s student chapter of the Society for Range Management. “We realized that we may have a chance when we watched the first round and knew almost all of the answers between the four of us.

“The win was truly a team effort,” Evans continued. “We each had our own areas of expertise: Sky covered the reptile questions; Jessica got the fisheries questions; I knew about birds and plants; and James provided support, random trivia, and a really important quick reflex.”

The finals drew a standing-room-only audience of more than 150 people — all on tenterhooks — for a contest in which teams not only need to know the right answer but must be quick to buzz in.

“I was on the edge of my seat, trying to hide my emotions and had my hand over my mouth so I wouldn’t accidently ‘mouth’ any answers,” said ASU’s faculty coach, Stan Cunningham, wildlife biology lecturer on the Science and Mathematics Faculty in the College of Letters and Sciences. “It was tight but it was a good win.”

Cunningham, who also chaired one of the wildlife panels at the meeting, said he received numerous compliments on the caliber of ASU’s students, their overall turnout at the meeting (17 students attended), and the ASU Polytechnic program.

“This type of recognition does a lot for our program and, more importantly, our students’ ability to compete for professional positions,” he said. “We have an excellent natural resources ecology curriculum at the Polytechnic campus. Our students have done well with it, and it's nice to see it gaining visibility.”

In addition to competing, students participated in the full range of conference events, including fisheries and wildlife sessions focused on new research, technology, best practices, and the impact of climate change; poster sessions; as well as a timely plenary session, “Who Will Manage the Future of Our Public Lands,” which brought together elected officials, policymakers, conservation activists, and USDA Forest Service practitioners.

“I was glad so many of our students were able to be at these meetings and attend a plenary devoted to a current political and public policy debate that will directly impact their careers and our wildlife,” said Cummingham.

Latzko said she greatly appreciates the friendships forged in competition. "Attending the conference the last three years, I've gotten to know some of the other students from different schools that we competed against. I think that’s what makes it fun! It's a healthy competition among friends — one that I think we'll look back on fondly when we're in our professional careers and likely still coming to the conference."