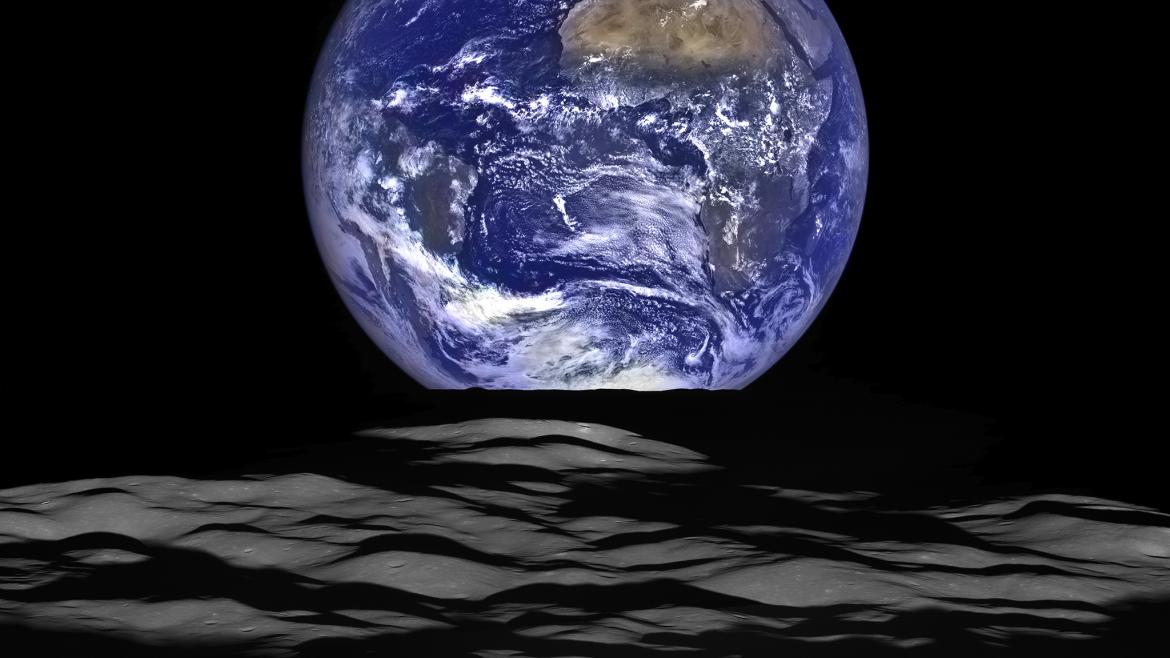 The power of words: Climate change and the media

Panel featuring NY Times and NPR writers, ASU scientist to discuss how the stories we tell affect how we respond to climate change

When thousands of negotiators and scientists descended on Paris in December to reach an historic agreement on lowering the planet’s rising temperatures, they were followed by thousands of press.

The world was treated to images of exhausted people exiting conference rooms, men in ties shaking hands, Amazonian Indians in full jungle regalia and a whale on the banks of the Seine.

The copy that poured out of the event wasn’t any less of a dog’s breakfast. Many pieces were notable for using three paragraphs to explain one word of jargon. (The Wall Street Journal used 455 words to explain what an “indaba,” a small informal negotiation, is.) Professor X was quoted in the Herald as saying the agreement would accomplish nothing, according to his data. Over in the Bugle, Professor Y said it was a landmark and Professor X was a fool.

A panel of science writers and a scientist will discuss the past, present and future of climate-change coverage by the media from 1 to 2:30 p.m. Tuesday, Jan. 12, at Arizona State University’s Memorial Union in Tempe.

Andy Revkin, science writer for the New York Times for more than three decades, and Richard Harris, a visiting scholar at ASU who covered climate change for National Public Radio since the 1980s, will join Manjana Milkoreit, senior sustainability fellow at the Julie Ann Wrigley Global Institute of Sustainability in the discussion. Milkoreit’s research explores the role of cognition in climate-change politics and governance.

Daniel Sarewitz, professor of science and society in the School for the Future of Innovation in Society, came up with the idea for the discussion.

“Climate change has become such a supercharged issue in so many ways that I thought it would be valuable to have to journalists who have been covering it in all its complexity pretty much since the beginning, to bring a fresh perspective on what’s happened and why things have unfolded as they have,” said Sarewitz, who will moderate the conversation.

“Then I was thinking that while journalists cover things in the present, a lot of the talk about climate change has to do with the future, and that’s what made me think that it would be cool to have Manjana join the conversation as well.”

Toeing the line between accurately communicating the science without sending readers screaming out of the room requires patience on all sides, Harris said. Explaining climate-change jargon like “differentiation” is going to mean repeating and re-explaining that word in every single story.

“Journalists, like anyone else, think if I’ve said this a hundred times, people get it,” Harris said. “That’s not necessarily true. … One thing you can do is introduce the jargon and talk about what it means.”

“There is the Chicken Little stuff, but for every Chicken Little story, there’s a story of human courage, and bravery, and innovation. These stories say a lot about the human spirit.”
— Terry Greene Sterling, Walter Cronkite School of Journalism and Mass Communication

Avoiding theological debates is another choice journalists can make.

Terry Greene Sterling is writer-in-residence and faculty associate at the Walter Cronkite School of Journalism and Mass Communication and a highly decorated and respected journalist. She said journalists and scientists have to meet each other halfway.

“It’s important for the writer to learn and explain the jargon,” she said. “You sit down with the scientists and work out a translation that’s honest and that people can understand. It’s an important subject; you can’t just throw the jargon in there.”

Nuance is significant in what is a relatively new topic, Sterling said.

“Climate change is the biggest story topic of the century, and probably for many, many centuries to come,” she said. “Writing about climate change is very nuanced. For instance, we know it’s real; that’s given. But the day-to-day weather patterns — they may or may not be related to climate change. How do you have a conversation about that?”

Academic debate between differing factions, as traditionally reported by the press with an eye to balance, gave the impression to the public that the science was unsettled, Revkin wrote in a column in the Times.

“The norm of journalistic balance actually introduced a bias into coverage of climate change,” he wrote. “Researchers from the University of California at Santa Cruz and American University tracked (20 years of) stories that portrayed science as being deadlocked over human-caused warming, being skeptical of it, or agreeing it was occurring. While the shift toward consensus was clearly seen in periodic assessments by the Intergovernmental Panel on Climate Change, the coverage lagged significantly and tended to portray the science as not settled.”

Talking to a variety of scientists to operate as guides more than sources, and focusing on peer-reviewed journals rather than press releases are two methods Revkin recommended in his column to get out from under what he calls “the tyranny of balance.”

Focusing on why scientists have the opinion they do can help reporters wade through the morass, Harris said.

“The best thing you can dp is tout the variety of opinions out there, but explain why people get to those opinions,” he said. “The real question is, ‘Is this is a small step in the right direction?’ ”

“Now that we understand that climate change is real, I think we are getting better at it,” she said. “There’s a lot of room for improvement.”

Over the past two decades, the press has grown up with the science surrounding the subject, Revkin said.

“Climate-change coverage is kind of like climate change itself, subject to a host of variables like competing issues, the rise of social media — along with lots of geographic variability,” he said. “I think the overall shift is real and has essentially reflected the evolution of the science, particularly as summarized periodically over the decades by the Intergovernmental Panel on Climate Change.”

Sterling pointed to the topic as a field rich enough to be a beat in its own right — and not every story has to be about the imminent demise of life as we know it.

“Getting down to the nuances and telling stories about people who are helping us adapt to climate change, there’s a lot of hope in that,” she said. “I think there’s a lot of very interesting and hopeful stories tied to climate change. There is the Chicken Little stuff, but for every Chicken Little story, there’s a story of human courage, and bravery, and innovation. These stories say a lot about the human spirit.

“As a journalist and a teacher, I can’t emphasize the importance of having conversations like the one we’re having on the 12th, with the experts who will help us understand the nuances and the challenge of reporting climate-change stories,” Sterling said. “This is the biggest beat of our century.”

What: A conversation with Andy Revkin, science writer for the New York Times; Richard Harris of National Public Radio; and Manjana Milkoreit, senior sustainability fellow at the Julie Ann Wrigley Global Institute of Sustainability at ASU.

Where: Ventana Room 241 C at the Memorial Union on ASU’s Tempe campus.

Published on Jan 11, 2016Next Generation LeadersIn 2015, The McCain Institute hosted its third class of Next Generation Leaders – 12 remarkable individuals from 12 countries. Each NGL works at a unique placement site in the United States to continue his or her professional development, while working on an individualized Leadership Action Plan to guide his or her actions going forward after the p... 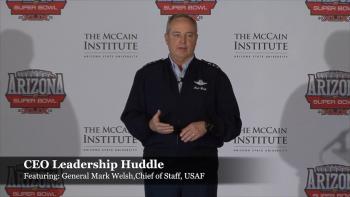 In 2015, The McCain Institute hosted its third class of Next Generation Leaders – 12 remarkable individuals from 12 countries. Each NGL works at a unique placement site in the United States to continue his or her professional development, while working on an individualized Leadership Action Plan to guide his or her actions going forward after the program year. Placement sites include: Intel Corporation, The Bush Institute, the Office of Kansas City Mayor Sly James, Dignity Health and International Refugee Committee.

Through our Next Generational Professionals program, The McCain Institute trained five women from the Democratic Republic of Congo in character-driven leadership and election skills. Upon their return to the DRC, the NGPs trained more than 200 women, using the leadership and political campaign tools provided by The McCain Institute and our partner in the project, the International Republican Institute. Of the five NGP program participants, three plan to run for public office – two locally and one nationally.

The McCain Institute for International Leadership sponsored the inaugural Sex Trafficking Awareness Week at Arizona State University in January 2015, reaching more than 20,000 students, faculty and staff. This has led to the launch of a nation-wide Student Alliance against trafficking, which is raising awareness at campuses across the country.

In 2015, The McCain Institute obtained record levels of online engagement, with a 47% increase in the number of active users on McCainInstitute.org. Through social networks, The Institute reached 300,000 users on Facebook, 17.47 million impressions on Twitter, and a 56% increase in followers on Twitter.

The Institute doubled the number of public events it sponsored in 2015 as compared with 2014. A new summer series, Conversation & Cocktails, expanded The Institute’s audience – particularly with young professionals – though several guided conversations with The McCain Institute’s senior directors.

The McCain Institute also partnered with a wide variety of organizations to expand The Institute’s growing network, including Google, Polaris, Thorn, Rights4Girls, Freedom House, New America, The Woolfe Institute, the National Endowment for Democracy and The Pacific Council for International Policy.

The Human Rights and Democracy Working Groups produced six nonpartisan, substantive papers aimed at informing the 2016 presidential campaigns on human rights. The topics included: Advancing Freedom Promotes U.S. and Why It's Important for U.S. Foreign Policy, Arguments for Freedom – Making the Case and Answering the Critics, and specific papers devoted to supporting human rights in Egypt, China and Iran.

The McCain Institute taught foreign policymaking to 23 ASU students in its Spring and Fall semester classes. Students were assigned to play the roles of various officers at a U.S. Embassy abroad as a way of teaching both the real-life substance of U.S. foreign policy and the critical analytical and bureaucratic implementation skills needed to function in a professional Embassy environment.