Language: the key to understanding

It took patience and practice, but Azamat Mamadaliev was able to master the skateboard as a mode of transportation in about a week. Now he uses one every day to get to Arizona State University’s Tempe campus, where he teaches his native Uzbek as a Fulbright foreign language teaching assistant.

Administered by the Institute of International Education, the Fulbright Foreign Language Teaching Assistant (FLTA) Program allows for young educators from around the world to spend a year in America teaching their native language at colleges and universities across the country to help internationalize post-secondary education in the U.S. — a key goal of many institutions as they prepare students for the 21st-century workforce and globalized world.

Four FLTAs from four different countries were chosen to teach their respective languages at ASU for the 2015-2016 academic year. Besides Mamadaliev, they are: Valeria Caldas (pictured above, second from right) from Brazil, teaching Portuguese; Berrin Karasaç from Turkey, teaching Turkish; and Wilman Septiana from Indonesia, teaching Indonesian.

With the exception of Caldas, this is the first time any of them have been stateside. After the initial culture shock wore off — both Karasaç and Mamadaliev admit it took a while to adjust to American food and beverages — they began to settle in quite nicely.

“There are so many nice landscapes to see around Arizona,” Karasaç said. “You have the desert and the heat, but if you go to Flagstaff it’s cold. I’ve been to the Grand Canyon, Sedona, Sunset Crater, Tucson, Antelope Canyon. ... It’s all really beautiful.”

Each FLTA at ASU is paired with a faculty mentor from the Critical Languages Institute or the School of International Letters and Cultures (SILC) to ensure their success.

“[Kathleen] is always willing to help me. She answers all of my questions and supports me when I need it,” Mamadaliev said. 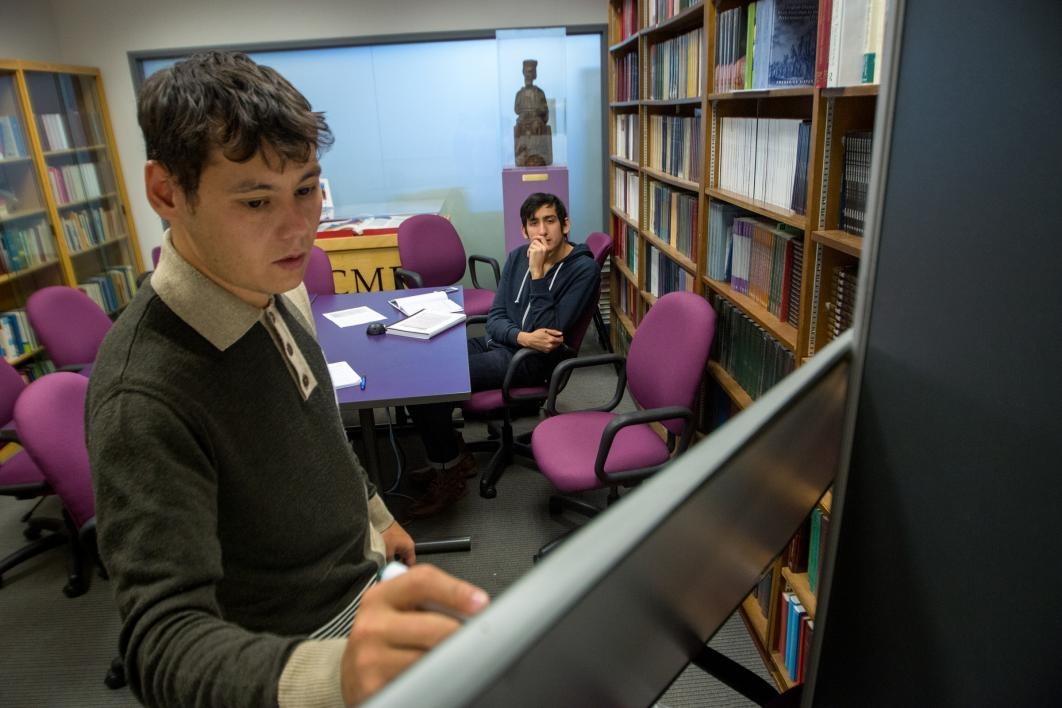 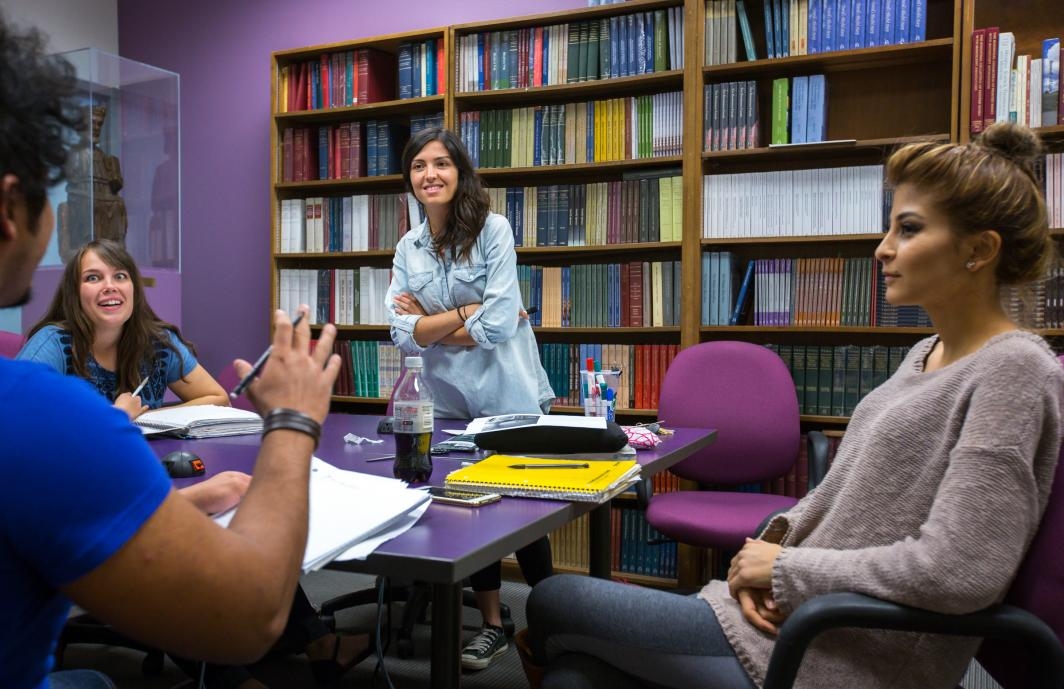 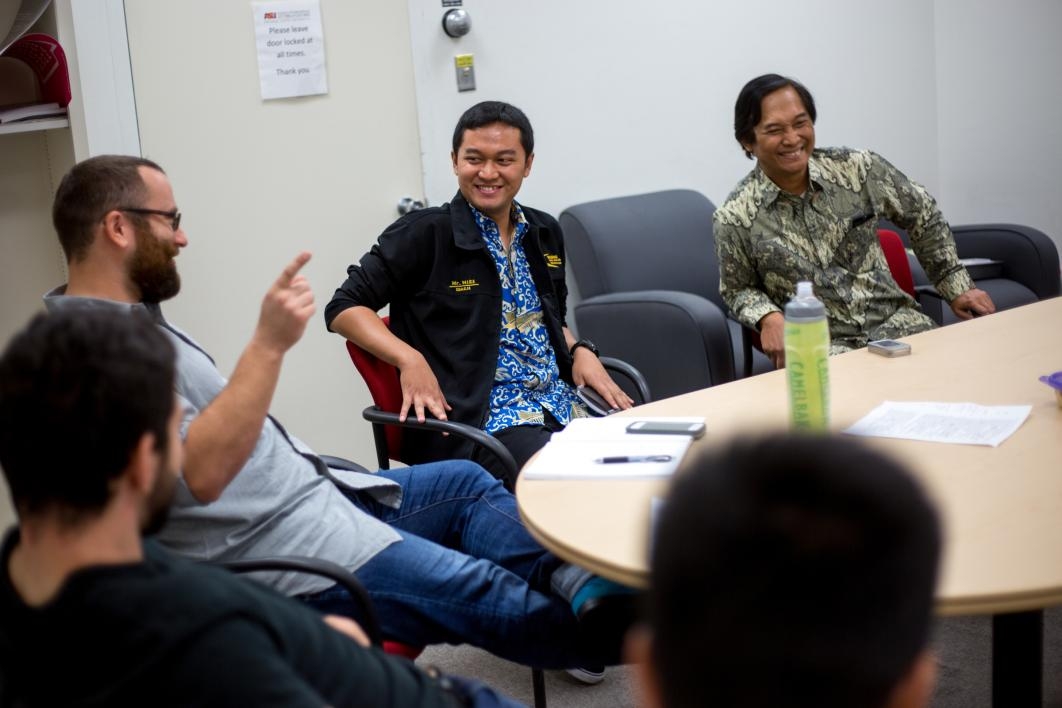 Wilman Septiana (second from right) works with advanced students in his Indonesian culture and language class. 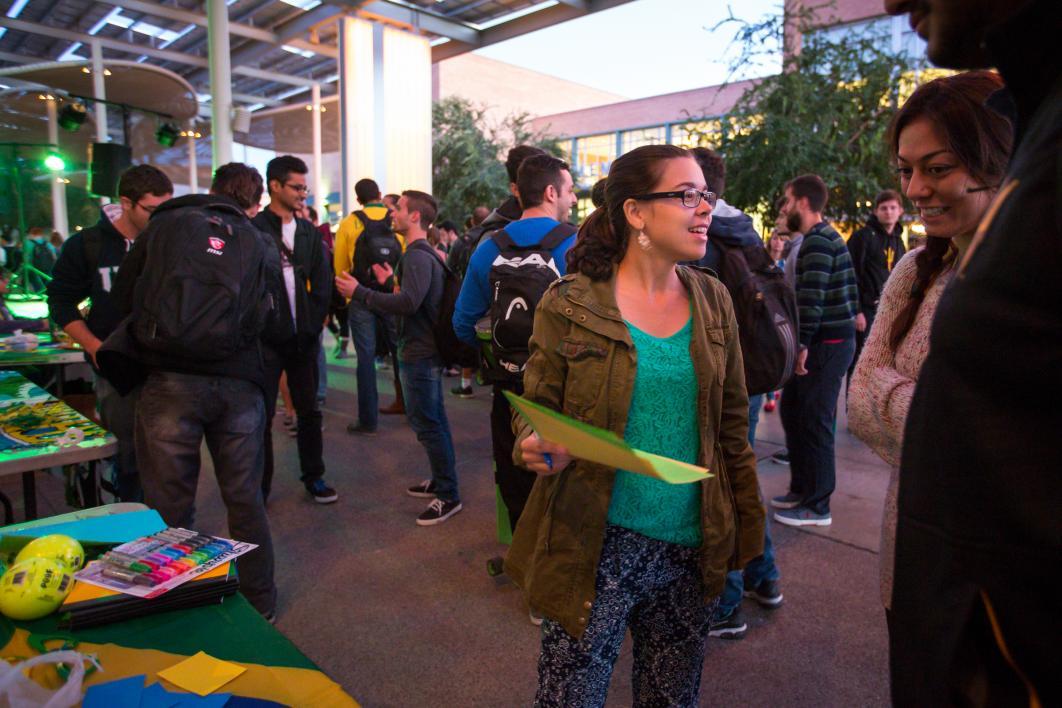 Valeria Caldas (second from right) talks with students Nov. 5 at the Brazil Day Celebration outside the Memorial Union. Caldas, a native of Brazil, is a Fulbright foreign language teaching assistant, teaching Portuguese at ASU.

As for the FLTAs themselves, their students have nothing but good things to report.

“She’s really sweet, and she has an awesome way of giving us lessons about Brazilian cultures and also learning grammar,” business sophomore Adnan Aljifry said of Caldas.

Zachary Bundy, an architectural studies undergrad, signed up for Uzbek on a whim. He was wooed by the prospect of traveling to the region for graduate research and witnessing its striking Islamic architecture firsthand.

“I have to be able to speak the language to get permission to look at those sites and talk about their preservation,” he said.

Indonesian student Donald Santoso is majoring in law but wanted to study the language because he grew up in the country and plans to move back one day. He appreciates the conversation-based nature of Septiana’s class, saying it allows for more organic discussions and encourages student inquiry.

Even if students aren’t planning on moving to foreign countries in the future, though, Septiana points out that being multilingual is practically a must in today’s society.

“We now live in a globalized world, so we need language to cope with that. It’s the key to understanding,” he said.

On more than one level.

“[Language learning] is very important for job opportunities,” Caldas said, “but also, if not for that, for personal growth. Because when we learn language, we are also learning culture. And I think that’s extremely important.”

One of the joys of attending college in Arizona is knowing there's a good chance relatives from northern states are going to visit during the winter. Arizona State Univeristy freshman Hannah Kiesling got her first taste of this when her aunt, uncle and cousin from Chicago recently visited the area. There's comfort in seeing family when your home is far away, but visiting relatives often give unive... One of the joys of attending college in Arizona is knowing there's a good chance relatives from northern states are going to visit during the winter. Arizona State Univeristy freshman Hannah Kiesling got her first taste of this when her aunt, uncle and cousin from Chicago recently visited the area. There's comfort in seeing family when your home is far away, but visiting relatives often give university students another pleasure: a meal out in a nice restaurant.

Kiesling got a taste of each as she showed her realtives around the university. It's her latest chapter in "Year One: Life at ASU," a periodic photo story illustrating the journey of five freshmen navigating their first year at ASU. Freshman Hannah Kiesling (center) chats with her aunt and uncle, Laurent and Chris Musial, outside the Arizona State University bookstore on the Tempe campus on the evening of Nov. 24. The Musials, along with their son Matthew, are visiting from Chicago, which is also where Kiesling went to high school. When in Tempe, you have to get some ASU gear. Hannah Kiesling laughs at her cousin Matthew Musial as he tries on his new ASU baseball cap.
Photo by Deanna Dent/ASU Now After the shopping is done, Kiesling leads her aunt and uncle down Mill Avenue as they try to choose a restaurant. Kiesling and Lauren Musial consult a smartphone to help them decide where to eat.
Photo by Deanna Dent/ASU Now A dining decision has been made. Kiesling leads her cousin Matthew Musial into Culinary Dropout in Tempe. Kiesling and her family converse at Culinary Dropout. It's one of the great things about visiting family — catching up on news about relatives and your hometown.

See what Kiesling was up to earlier in the semester in these past galleries:

Year One: Life at ASU — Hannah's first day of class