British biographer and scholar Sir Jonathan Bate comes to ASU on Nov. 23 to talk about “Ted Hughes: Eco-Warrior, or Eco-Worrier?”

Bate is a biographer, critic, broadcaster and scholar. Provost of Worcester College and professor of English literature at University of Oxford, Bate is also a prominent Shakespearean with research interests that range from Renaissance literature to ecocriticism, contemporary poetry and theatre history. His newest publication, “Ted Hughes: The Unauthorised Life,” explores the life of Ted Hughes, one of England’s most prominent poets, an avid environmentalist and estranged husband of poet Sylvia Plath. The book has garnered high praise and is shortlisted for the U.K.’s Samuel Johnson Prize for Non-Fiction for 2015. 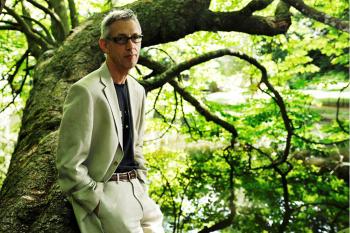 Sir Jonathan Bate is fellow of the British Academy and the Royal Society of Literature. He is a governor of the Royal Shakespeare Company, broadcasts regularly for the BBC, writes for the Guardian, Times and Sunday Telegraph, and has held visiting posts at Yale and UCLA. He comes to ASU on Nov. 23 to talk about “Ted Hughes: Eco-Warrior, or Eco-Worrier?” Download Full Image

“As early as the 1990s, Sir Jonathan Bate emerged as a leading proponent of the now quite apparent and growing alliance between the environmental and human arts and sciences and his work both points to and cultivates the ability to know precisely how and where one dwells in the world as the first task of ecological thought,” said Mark Lussier, professor and chair of ASU’s Department of English.

The Hughes biography has also generated more than a little controversy in Bate’s home country. Despite drawing extensively from Hughes’ work and diary, as well as archives and documents in the Hughes’ estate, Bate lost the cooperation of the estate, the copyright holder, just prior to publication.

Undeterred, Bate’s “unauthorized” literary biography becomes not just a story about Hughes and his passions for the environment, poetry and Plath, but also a cautionary tale about the challenges of writing about public figures and their pursuits. The event will be hosted at 6 p.m. on Nov. 23 in the Carson Ballroom of Old Main on the Tempe campus. The lecture is free of charge and open to the public, but RSVPs are appreciated. 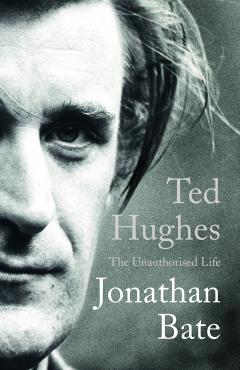 Bate was knighted in 2015 for his service to higher education. In an interview published in British Academy Review in 2014, Bate observed: “One of the reasons for studying the humanities is precisely that the humanities draw our attention to big, valuable, important things that cannot be contained or constrained within a model of economic benefit. Beauty, truth – these are difficult, abstract concepts, concepts that defy quantification.”

“Humanities is about the human experience past, present and future. Sometimes the breadth and understanding of what humanists do get buried in the painstaking research on seemingly narrow topics pursued by our world-leading faculty,” said George Justice, dean of the College of Liberal Arts and Sciences and associate vice president for humanities and the arts in the Office of Knowledge Enterprise Development. “The speakers coming to ASU to deliver provost’s distinguished lectures broaden our range of thinking, synthesize broad research areas and tackle major issues in research. They invigorate our scholarly community, and we find meaning in our lives through the works of culture that humanists preserve for humanity.”

Arizona is one of the most picturesque states to film a movie.Good luck trying to get one made.Although Arizona has been the backdrop for such classic flicks as “3:10 to Yuma,” “Psycho,” “The Outlaw Josey Wales” and “Midnight Run,” the film climate is not as friendly as it once was. Neighboring states such as New Mexico and Utah are luring film and television productions to their r...

Tempe campus , Herberger Institute for Design and the Arts , School of Arts, Media and Engineering , Ira A. Fulton Schools of Engineering

Tempe campus , Herberger Institute for Design and the Arts , School of Arts, Media and Engineering , School of Music, Dance and Theatre 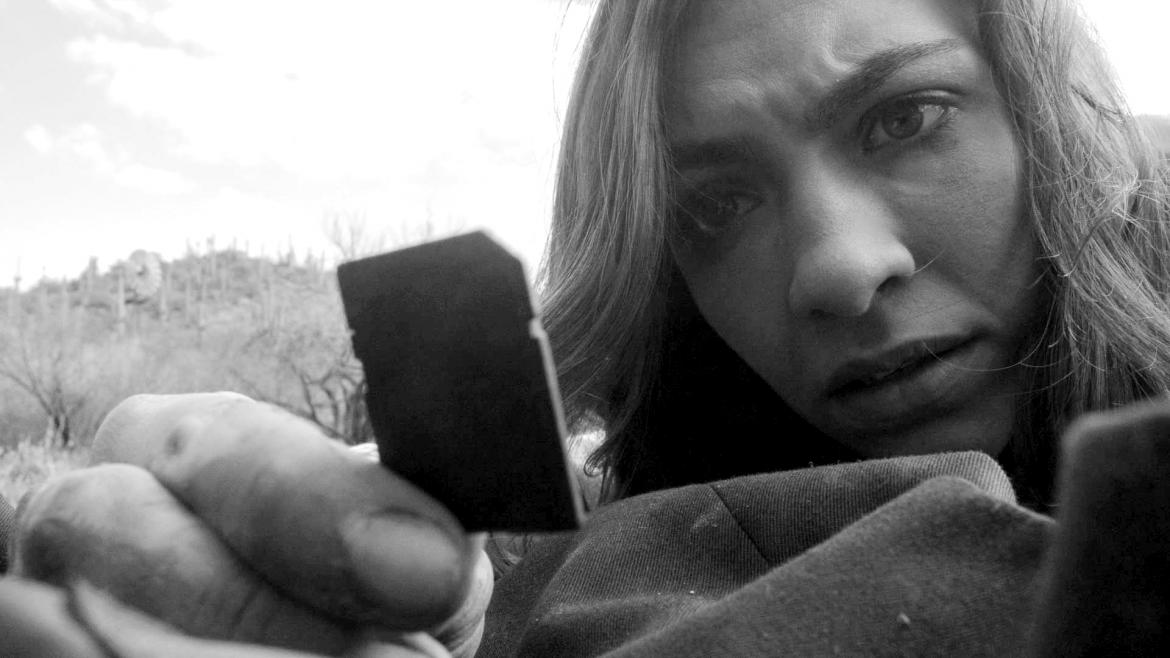 Arizona is one of the most picturesque states to film a movie.

Good luck trying to get one made.

Although Arizona has been the backdrop for such classic flicks as “3:10 to Yuma,” “Psycho,” “The Outlaw Josey Wales” and “Midnight Run,” the film climate is not as friendly as it once was. Neighboring states such as New Mexico and Utah are luring film and television productions to their respective states thanks to friendly tax incentives.

Those roadblocks, however, didn’t stop a group of determined ASU students from making “At Dusk,” a 90-minute feature film shot entirely in the Grand Canyon State.

“We proved that filmmaking doesn’t have to be an abstract Hollywood dream,” said producer Ryan Casey, a 22-year-old psychologyThe Department of Psychology is part of the College of Liberal Arts and Sciences. major at ASU.

“Arizona is a great place to film, and we’re hoping our movie will showcase the all of the assets our state has to offer. There really isn’t an industry here, and that’s a shame because it doesn’t have to be that way.”

ASU is hosting a launch event for “At Dusk” at 6:30 p.m. Friday at the Arizona Science Center’s Irene P. Flinn Theater, 600 E. Washington St., Phoenix. Admission for the event is free. However, attendees are asked to RSVP through this site.

“At Dusk” centers on Claudia, who finds camcorder footage depicting the mysteriously grizzly murder of two hikers while on a camping trip. When the town regent discovers she has the footage, Claudia works alongside a rogue cop to unravel the conspiracy behind a corrupt mining town.

The film was conceived a few years ago by director Vinny Viti and screenwriter Scott Suddarth, high school buddies from New River, Arizona, who took midnight hikes through the desert to stretch their legs after hours of playing video games.

“To make things interesting on these hikes, Scott would tell me scary stories to try and freak me out. When he finished, I’d try to outdo him,” said Viti, who is a 21-year-old film and media production major in the Herberger Institute for Design and the Arts.

“Those stories were eventually woven into a script a few years later, which led to this movie.”

But “At Dusk” isn’t Viti’s first dance with cinema. He has spent the past few years shooting approximately 50 short films with Shane Stevens, a 21-year-old student at Scottsdale Community College who serves as the film’s cinematographer.

The students raised half of the film’s budget through an indie film crowd-funding site and the rest through wit and grit, according to Casey.

“Funding came through many measures, including family and friends. We also borrowed. ... A lot of favors were asked. Equipment was generously lent to us. It was guerilla filmmaking at its finest,” Casey said.

The shoot was no picnic, either. Filmed over a seven-week period in summer 2014 in the desert and woods of New River, Anthem, Cave Creek and north Phoenix, the 30-member crew had to deal with heat, bugs and dust, often logging in 14-hour days, four days a week.

“Trying to run through the desert terrain in 5-inch heels, the location came with its own set of challenges,” said lead actress Christine Conger, a theater majorIn the School of Film, Dance and Theatre in the Herberger Institute of Design and the Arts. at the Herberger Institute. “At the same time, it was exciting to be a part of a film that takes advantage of Arizona’s inherently distinctive qualities, such as the desert environment, in a way that’s integral to the story being told.”

The other storyline that should be told, said Casey, is that fellow students and artists should step out of their comfort zones and go for their dreams.

“Life is very short and you only live once. People should take risks and follow their passion,” Casey said. “This production shows anything can be possible and it isn’t as difficult as you might think. It doesn’t take Steven Spielberg money to make a movie.”

“At Dusk” will be submitting to film festivals in February and eventually will be delivered on several different platforms.

Creativity Tempe campus Herberger Institute for Design and the Arts The College of Liberal Arts and Sciences School of Film, Dance and Theatre Film Arts and Entertainment Student