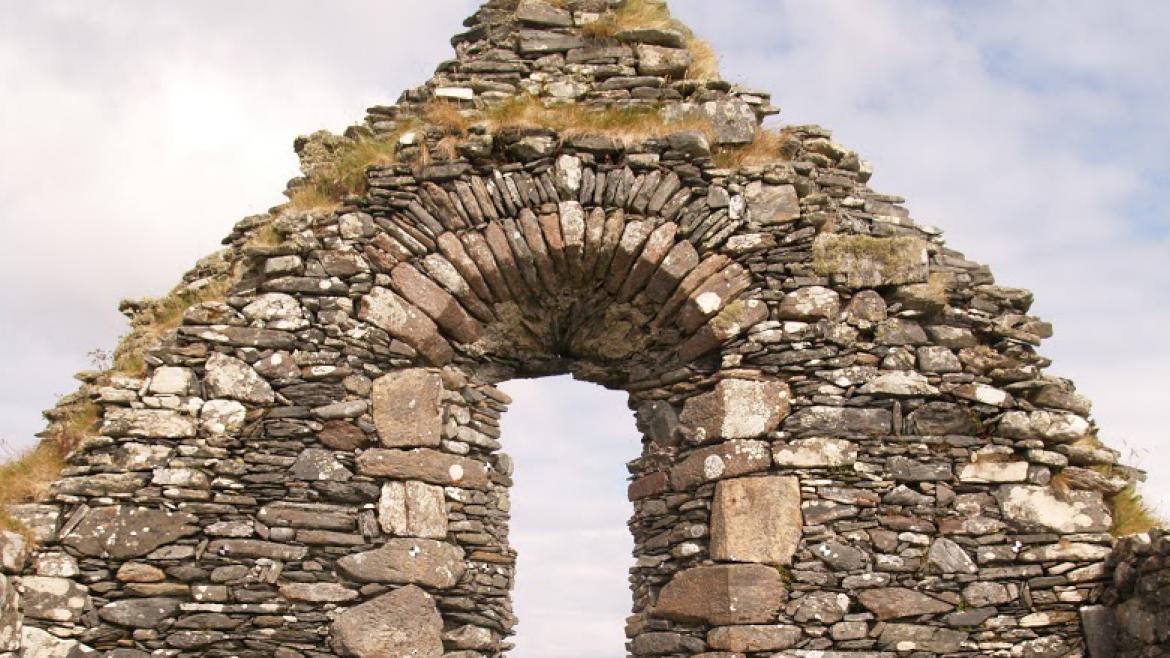 Elise Alonzi is taking a fresh look at the history of monasticism in Ireland.

Alonzi, a doctoral student in the School of Human Evolution and Social Change, spent last summer on the Emerald Isle investigating the relics — and the world — of medieval monks.

As a bioarchaeologist, she examines human remains in an archaeological context. The high number of excavated monasteries in the country, and the lack of historical documentation concerning them, made it a natural area of study for Alonzi, who has been involved with the subject since her sophomore year.

When she realized that little isotopic analysis had been done on the monks buried at these monasteries, she decided that pursuing a bioarchaeological approach would allow her to uncover a new perspective on the monasteries’ history.

Filling in the gaps

The textual records of medieval monasteries are somewhat sparse, as creating a historical account of the times was not their main purpose.

“These documents concern mainly the founders, abbots and high-status monks, and it is still unclear how much involvement the local Irish population had in monasticism throughout the medieval period,” Alonzi said.

She hopes to use her research to fill in the gaps the records leave behind.

Alonzi has traveled to Ireland eight times so far, with plans to return next summer. Her work has been supported by travel grants from the Graduate and Professional Student Association and a School of Human Evolution and Social Change pilot study program.

During her last trip, she visited the skeleton collections at the National Museum of Ireland and University College Cork to visually assess the bones she might sample this coming year for her dissertation research. This helped her to design experiments that would answer her anthropological questions while also allowing her to sample human remains without damaging them.

Although some of the skeletons were purposefully excavated from sites of interest, many came from excavations done so that government could stabilize old monasteries.

According to Alonzi, when ancient remains are found in Ireland, the normal process is to study them before reburying them.

“Irish people are currently negotiating their religious identities. This study will help them get a better idea of whether their ancestors participated in monasticism, and it will help us better understand the impact of foreign people on the development of religion on the island.” — Elise Alonzi, bioarchaeology doctoral student

During that same trip to Ireland, Alonzi spent 10 days helping a colleague excavate a mid-nineteenth century house on the small island of Inishark.

“This particular house was directly next to an early medieval prayer station that is associated with an early monastic settlement on the island ... It provided an interesting case study on how the physical remains of medieval monasticism in Ireland were incorporated into daily life in later centuries,” Alonzi said.

Alonzi also presented a paper at the Irish Conference of Medievalists in Dublin last summer. The conference included scholars from many disciplines in addition to archaeology — such as history, linguistics, art and architecture — which provided the opportunity to gather different perspectives on medieval sites.

Her paper discussed the use of archaeological and historical textual evidence to examine medieval diet and farming practices and how they affect medieval skeletons’ isotopic ratios. Alonzi gave the example of an Irish practice called booleyingThe Irish term for transhumance, which is the seasonal movement of people with their livestock between fixed summer and winter pastures..

“Cows would be sent to a summer pasture sometimes quite far from the farmer’s land. So one might expect a local individual to have a slightly different strontium isotopic ratio than if the cows were living at home all year round,” she explained.

Alonzi wants to use this information to better interpret isotopic ratios from medieval skeletons and discern what the isotopic signature is for a local area.

“I am trying to better understand both locals’ participation in monasticism and the extent of social connections between monks buried at the monastery and those at monasteries in different regions, such as Scotland, England and continental Europe,” she said.

The clues in the chemistry

Next summer, using isotopic analysisIsotope analysis is the identification of isotopic signature, the distribution of certain stable isotopes and chemical elements within chemical compounds. (or biogeochemistry), Alonzi expects to be able to estimate the amount of local participation in the monasteries. She wants to try to determine whether a person buried at a monastery is from the local area or not by comparing the isotopes in the skeleton’s bones and teeth to the isotopes found in local plants and soil. Doctoral student Elise Alonzi spent last summer on the Emerald Isle investigating the relics — and the world — of medieval monks. 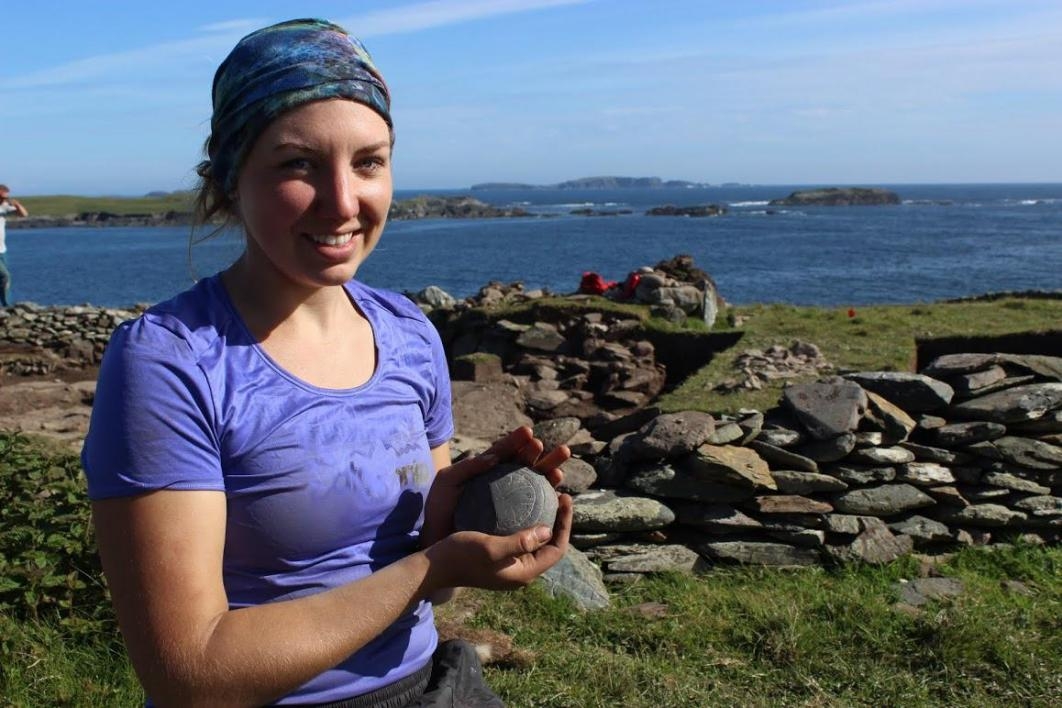 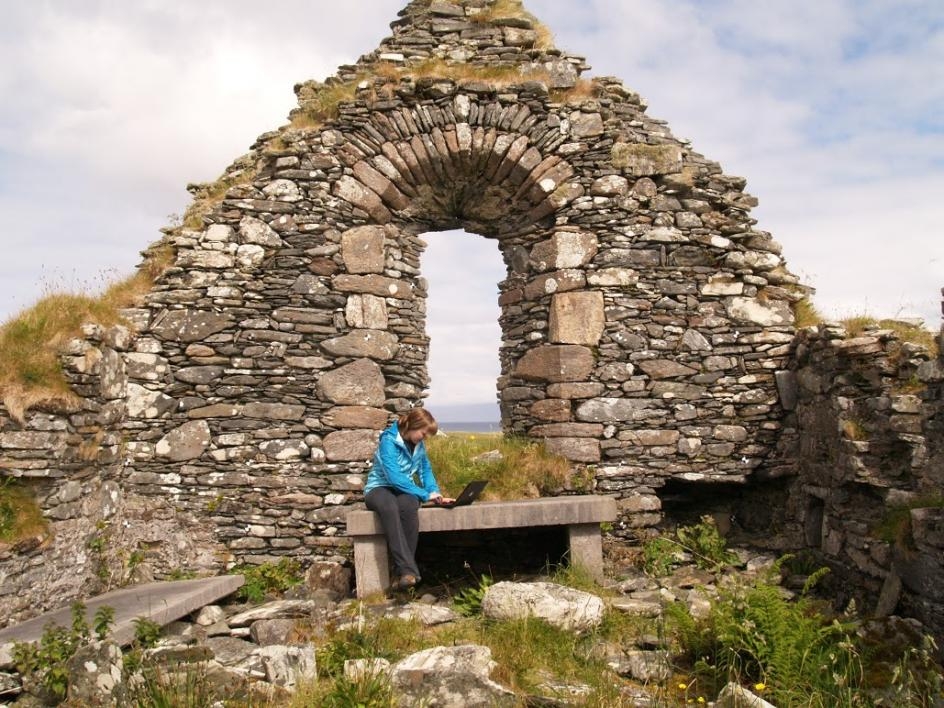 Bioarchaeology doctoral student Elise Alonzi at St. Colman's Abbey on Inishbofin, County Galway, Ireland. With colleagues Tommy Burke and Ryan Lash, Alonzi has recorded the architecture of this abbey as part of the Cultural Landscape of the Irish Coast project.

This step involves a lot of background research. She will have to take many soil and plant samples from all across Ireland to gather isotopic data for comparison. As a member of the Irish Isotopes Research Group, she aims to work with other researchers to increase their ecological baseline data. She will perform the analysis at ASU's Archaeological Chemistry Laboratory and the W.M. Keck Foundation Laboratory for Environmental Biogeochemistry.

Alonzi said, “This soil and plant sampling will compose a large section of my dissertation, and I am looking forward to aiding our archaeological interpretations through this work.”

In addition, Alonzi wants to use historical sources and architectural styles to make hypotheses about the connections between monasteries from different regions.

For example, a medieval document might mention that an Irish saint founded two monasteries in different areas. If that’s true, then the monasteries’ architecture will likely be similar. Alonzi could then use isotopic analysis to see if a person buried at one of those monasteries was from the area around that same monastery, or perhaps from the area of the other related monastery.

Alonzi likes to connect with the community and learn what they’re interested in. She has found that the Irish people are extremely interested in their history and that the environment in Ireland is very pro-research.

Alonzi hopes that her research will expand the idea of who participated in monasticism in Ireland. Finding evidence of the participation of local people, she explained, will help refute the “Invasion Theory,” which suggests that the Vikings and other invaders brought over religious culture and that locals were not very involved with these innovations.

“Irish people are currently negotiating their religious identities. This study will help them get a better idea of whether their ancestors participated in monasticism, and it will help us better understand the impact of foreign people on the development of religion on the island,” she said.

Additionally, her research would help elaborate on the cultural history in which Ireland takes such pride. Alonzi noted the importance Ireland places on its roots: “Medieval monasteries are all over the place in Ireland, and it is common to have a local GAA (Gaelic Athletic Association) team or an entire townland named after the nearest monastery.”

Six Arizona State University energy-related research projects that will engage veterans or active-duty military are getting support from the Navy in the form of $1.5 million in seed grants over two years.ASU’s LightWorks Initiative announced the funding through the Office of Naval Research’s Naval Enterprise Partnership Teaming with Universities for National Excellence (NEPTUNE) pilot program.... 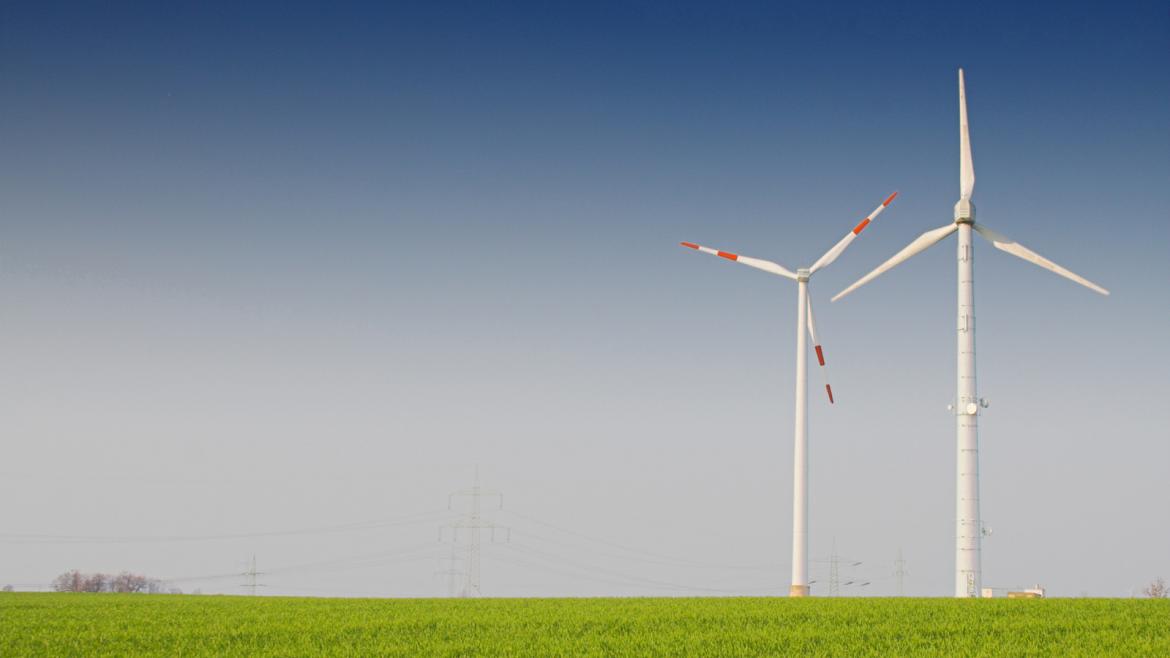 Six Arizona State University energy-related research projects that will engage veterans or active-duty military are getting support from the Navy in the form of $1.5 million in seed grants over two years.

Each of the projects include a component that involves military members, with the goal of providing experience, skill training and resume building that will benefit them in their post-military careers.

There will also be program engagement designed to impact the ASU veteran community and — to the greatest extent possible — local bases with active-duty military personnel. ASU’s NEPTUNE program will work with the Pat Tillman Veterans Center to reach out to the more than 4,000 veterans enrolled at ASU, as well as military personnel from local bases.

Energy issues are both technology and people challenges, and the newly funded projects recognize that.

“People are an important part of alternative energy systems,” said Bill Brandt, director of strategic integration for ASU LightWorks and lead principal investigator of the projects. “Practical input from veterans with hands-on experience in military operations is critical to use-inspired energy innovation for the U.S. Navy.”

In exchange for participation in various meetings and workshops, veteran students will have the opportunity for independent-study credit hours, co-authorship of publications and other resume-building experiences. Participants will also build their career networks through corporate mentorship.

The six NEPTUNE-funded research projects will contribute to new knowledge including training veterans to design and manage resilient energy systems. The projects are:

The “grid” is the basic electric power infrastructure — power plants, transmission lines and power storage devices — by which our electricity is delivered. Microgrids can be disconnected from the grid, perhaps after a disaster or during extended military missions, and still provide electricity. This project will improve the way microgrids integrate with the grid and with each other to increase reliability and efficiency while lowering cost.

Renewable wind energy is generated only when the wind blows. The wind does not blow consistently, and it doesn’t always blow hardest when electricity demand is highest, so energy providers must turn to stored energy or backup generation. This project will use a cloud- and wind-detecting tool called 3D Scanning Doppler LIDAR to predict wind-energy generation, allowing energy providers to balance their sources for a more reliable supply.

For the military and many other organizations, including those in the energy sector, leadership makes decisions based on available data. If more data on how people interact with energy systems can be collected and assessed in a short time, this can improve the decision-making process. This project will deploy computational tools designed to improve operational performance and safety. Insights gained from the assessment will inform decisions and help promote institutional change.

Most energy infrastructure systems have plans to withstand and recover from disaster. When systems fail, there is deep scrutiny. We all learn from these failures. But we can also learn from positive outcomes where catastrophe was avoided. This project will assess positive case studies to define the characteristics of resilient systems, and will include such factors as organizational communication and consumer-driven response.

Optical communications technology uses light, rather than sound, to send and receive data. Traditional acoustic methods that use high-bandwidth radio frequencies cannot go underwater. This project will advance the use of optical communications technology to monitor underwater conditions. In the future, optical networks may replace underwater cables over high-risk sections of the sea floor and form sensing perimeters around ships and other structures.

A sixth project capitalizes on the university’s Global Security Initiative and will focus on preventing and responding to cyberattacks on critical energy infrastructure.

“Many of ASU’s greatest points of pride are represented in this project — use-inspired research, fusing intellectual disciplines, enabling student success, veteran engagement and sustainability,” said Gary Dirks, director of  ASU LightWorks and the Julie Ann Wrigley Global Institute of Sustainability at ASU. “These are the strengths that ASU brings to the Navy project.”

ASU LightWorks is a unit of the Julie Ann Wrigley Global Institute of Sustainability.