"Religion has been the cause of all the major wars in history."

That is what people often say to Karen Armstrong, a former Catholic nun who has written over 20 books about world religions, Buddhism, Islam, myth and the history of God. 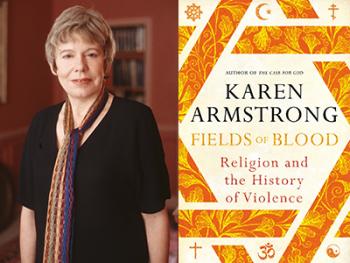 Karen Armstrong will discuss her new book “Fields of Blood: Religion and the History of Violence” in a free public lecture at 4 p.m., Oct. 19, in the Evelyn Smith Music Theater on the Tempe campus. Photo by: Jerry Bauer Download Full Image

She will visit Arizona State University at 4 p.m. Oct. 19, in the Evelyn Smith Music Theater on the Tempe campus, to discuss her most recent book, “Fields of Blood: Religion and the History of Violence.”

The book was motivated in part by Armstrong's experiences discussing religion after 9/11 and hearing the common refrain that religion is prone to violence and war.

The lecture is part of ASU's Center for the Study of Religion and Conflict’s Alternative Visions Lecture Series, which is supported by a grant from philanthropist John Whiteman. The event is free and open to the public, but tickets are required.

“Through numerous books on such far-ranging religious topics as the Bible, the Buddha and the Battle for God, Karen Armstrong has deepened the public's knowledge about the most important moments and movements in religious history — perhaps more so than any author or scholar of religion in the last 25 years,” says John Carlson, acting director of the Center for the Study of Religion and Conflict and associate professor of religious studies.

In “Fields of Blood” Armstrong surveys the history of religious violence and the evolution of the relationship between religion and politics from ancient times to the current day. Her conclusion is that the perception religion has been the root cause of wars and violence is flawed. She argues that it was more often social conditions and the role of the state which caused violence to spill into the religious realm.

More than an author, Armstrong has been a key advisor on Bill Moyers' popular PBS series on religion, has addressed members of the United States Congress and has spoken at a United Nations’ session on religion.

She was awarded a $100,000 TED Prize in February 2008 that she used to create a Charter for Compassion which identified shared moral priorities across religious traditions in order to foster global understanding and a peaceful world. The charter was presented in Washington, D.C., in November 2009, and signatories include Queen Noor of Jordan, the Dalai Lama and Archbishop Desmond Tutu.

The Religion and Conflict: Alternative Visions Lecture Series brings nationally and internationally recognized experts such as Peter Bergen, Elaine Pagels, Andrew Bacevich, and Reza Aslan to campus to address the sources of conflict and strategies for resolution.

For more information or to register for the lecture, see the event page.

Carlo Maley spends his time pondering pachyderms — and cactuses and whales, and a wide array of non-human species — all in pursuit of the answer to this question: Why do some life forms get cancer while others do not?The question of why big animals don't get more cancer than small ones is a long-standing mystery, one that scientists call “Peto’s Paradox.” Logic would seem to say that the... 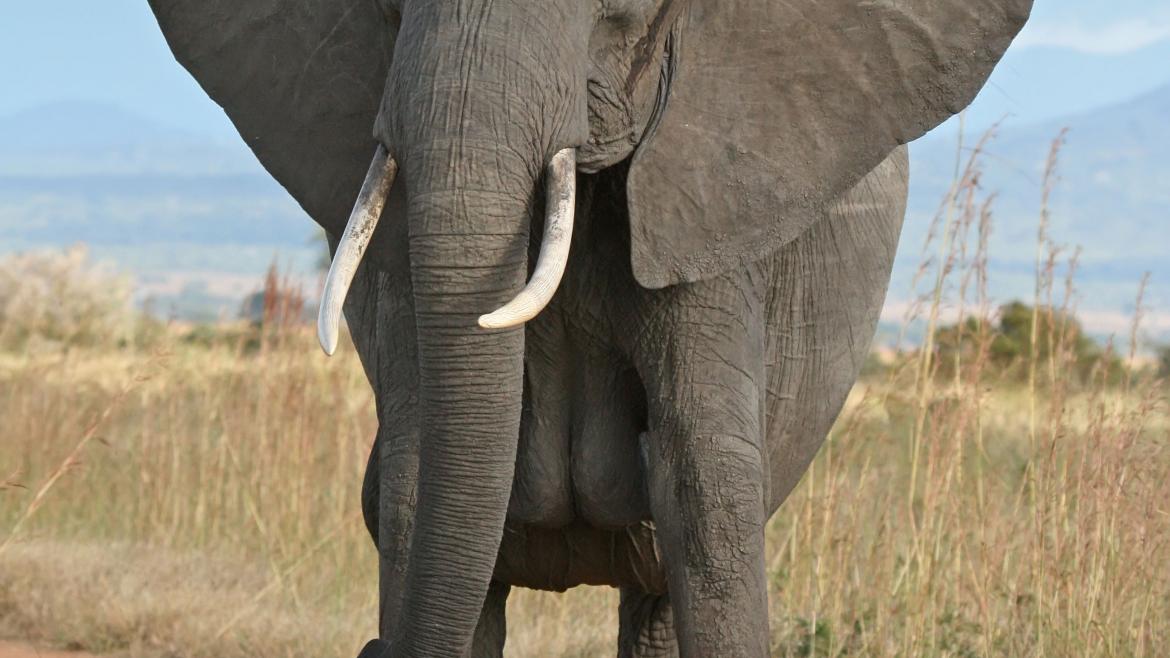 Carlo Maley spends his time pondering pachyderms — and cactuses and whales, and a wide array of non-human species — all in pursuit of the answer to this question: Why do some life forms get cancer while others do not?

The question of why big animals don't get more cancer than small ones is a long-standing mystery, one that scientists call “Peto’s Paradox.” Logic would seem to say that the more cells you have, the more likely there’s a cell that will mutate and produce a tumor. But with animals, that just doesn’t hold.

Today, all eyes are on the elephant — a mammal that has 100 times more cells than humans but a far lower incidence rate of cancer. Newsweek’s Why Elephants Don't Get Cancer — And What That Means for Humans reports that “elephants are the picture of cancer resistance.”

Maley, an evolutionary biologist at Arizona State University, discovered that African elephants have multiple copies of p53, a gene that appears to be involved in tumor suppression. Almost all other species — including humans — have only one.

At a conference on evolutionary medicine and comparative oncology, Maley shared his findings with University of Utah researcher Joshua Schiffman. Schiffman has been in hot pursuit of answers for cancer due to his personal experience with cancer, concern about a high incidence of cancer among the Mormon population in his area and the loss of a beloved dog. It was at the Hogle Zoo in Salt Lake City that Maley, Schiffman and their colleagues began analyzing elephant blood samples.

This week, Maley’s work also appears in the New York Times, Discover, Time and Nature. In addition, Maley’s research paper was published Thursday in the Journal of the American Medical Association.

Scientists have long been looking to animals for answers to cancer; first, studying why some breeds of dogs exhibited a high level of cancer, while in others, it was a rare occurrence. Next on Maley’s research docket is a study of boxers, a canine that has a 25 percent occurrence of glioblastoma, a type of brain cancer.

At the Biodesign Institute at Arizona State University, Maley is not only a multi-specialty scientist — with degrees in computational biology, zoology and psychology — but he works with hundreds of other researchers at ASU who share the fundamental belief that nature’s processes hold the key to many of life’s most vexing questions.

As an evolutionary biologist, Maley takes a slightly different perspective. Instead of asking why people get sick, he is more concerned with how they get sick. He looks across all life forms — and sometimes back into our genetic history — to solve tough problems. His primary tools are cross-species gene analysis and mathematical modeling, as well as wet lab techniques.

Maley came to ASU this year from the University of California in San Francisco to pursue his work. He runs the Biodesign Cancer and Evolution Laboratory and is an associate professor in the School of Life Sciences. In all his work, his goal is to develop better methods to prevent cancer and improve cancer management.