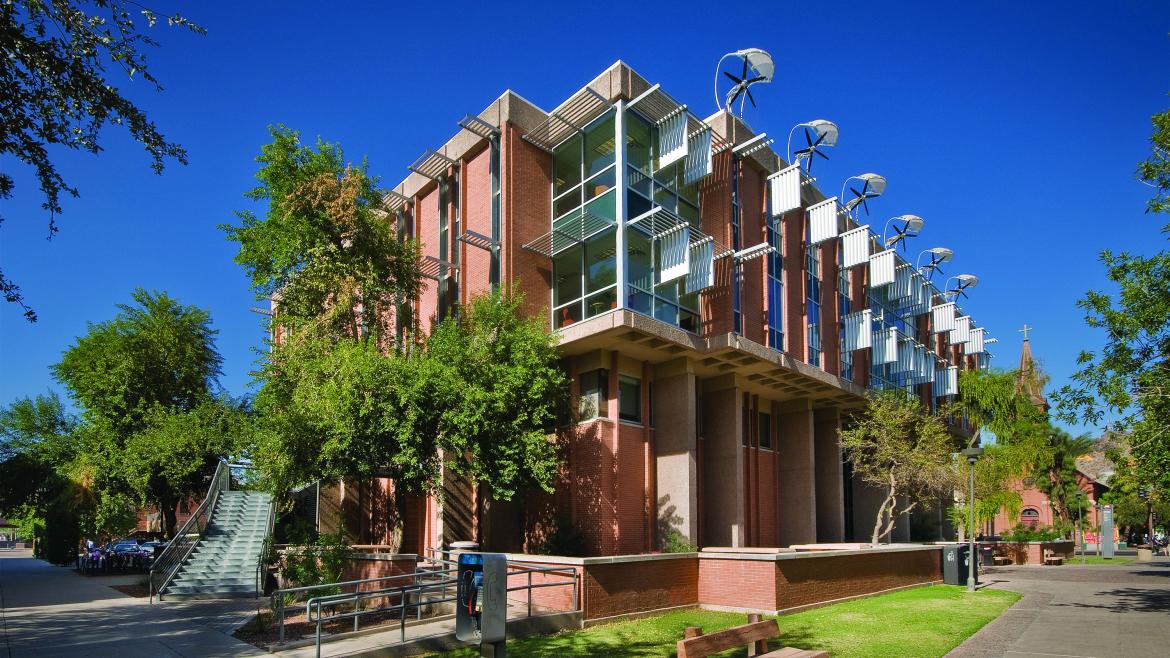 Sierra Magazine has come out with its 2015 list of greenest colleges and universities in its “Coolest Schools” issue. Arizona State University came in at No. 13 out of 153 universities.

This is Sierra Magazine's ninth annual survey, in which universities are ranked based on their commitment to high environmental standards.

"We’re so inspired to see how colleges are taking the lead on addressing climate change,” said Avital Andrews, Sierra magazine’s lifestyle editor. “From building green to saving water to offering hundreds of eco-classes, these schools’ efforts are profound, and are changing not only the campus grounds, but also the minds of the students they’re educating." 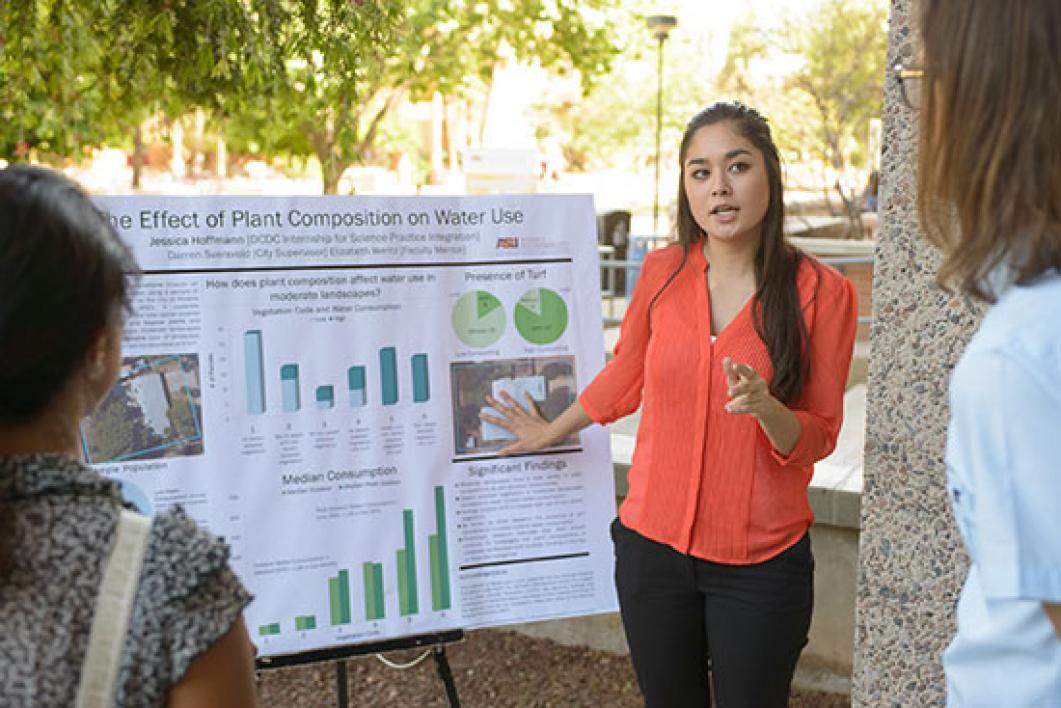 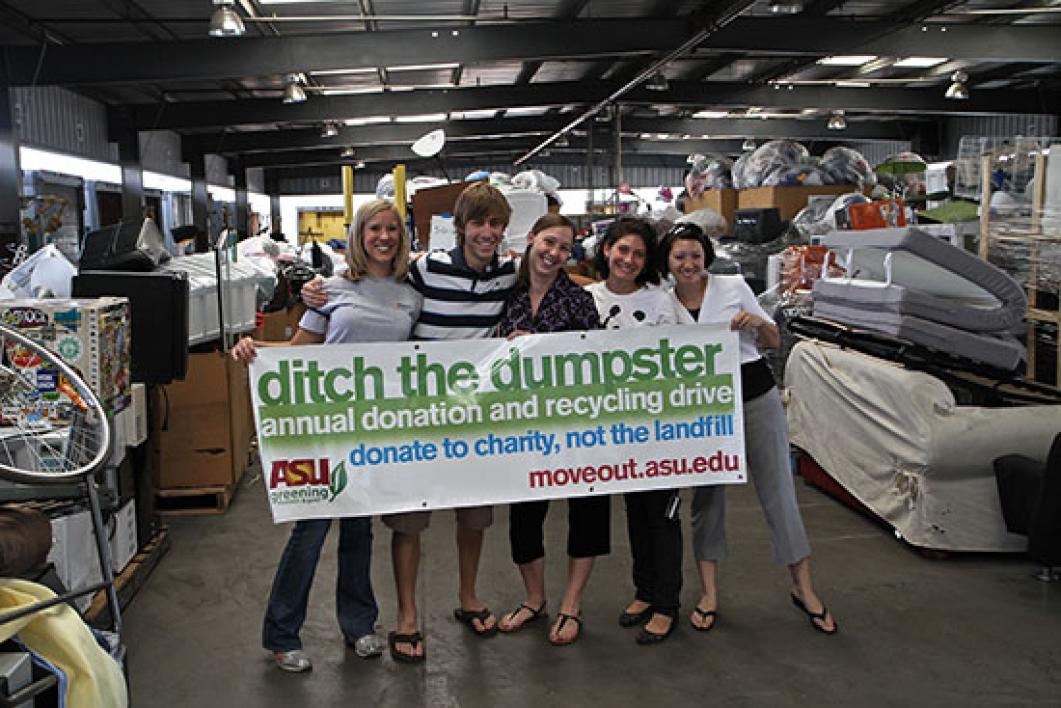 ASU scored high in its Student Sustainability Outreach Campaign, especially the Ditch the Dumpster program. In that program, ASU students are encouraged to donate clothing and small personal items rather than throwing them away, especially at the end of the semester. 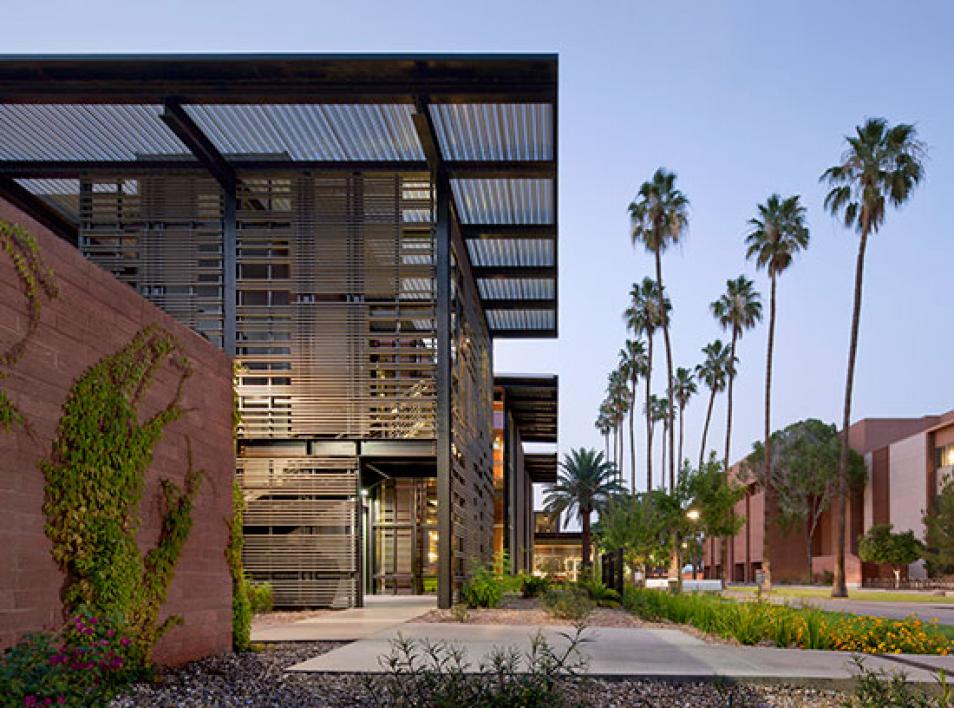 Building design and construction was noted, including the amount of space certified under the LEED (Leadership in Energy and Environmental Design) green building rating system for new construction and major renovations. Since July 2006, ASU has completed 26 certified-LEED projects. The Health Service building in Tempe (above) is platinum certified. 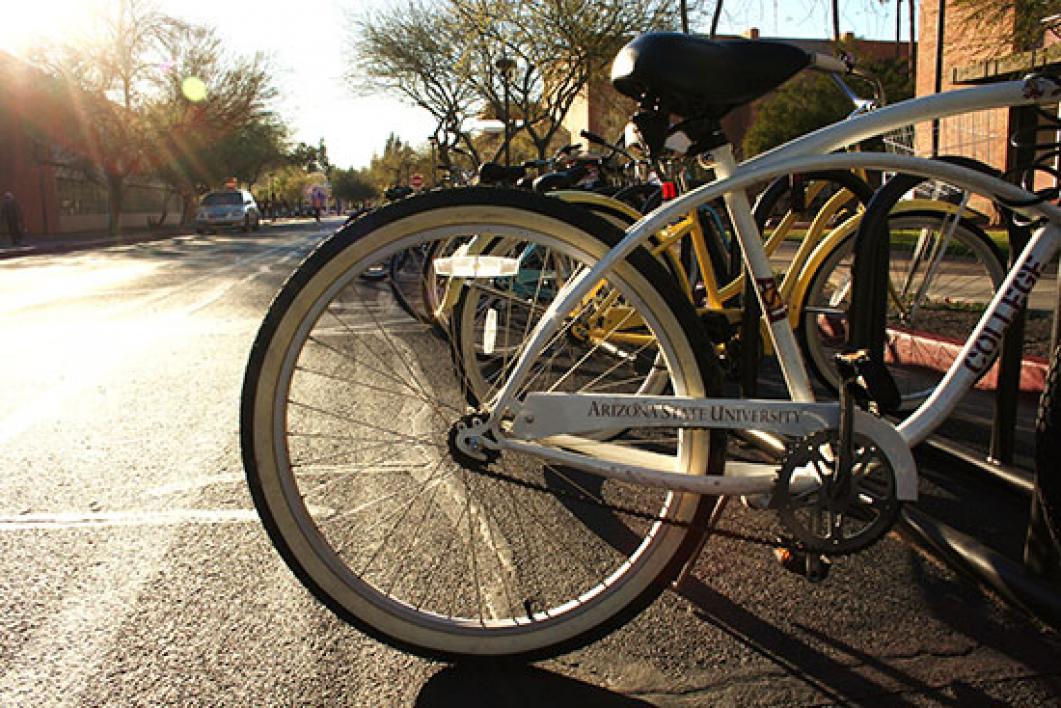 ASU received high marks for its support for sustainable transportation including a car-sharing program, electric vehicle recharging stations, free bicycle valet service, a guaranteed-ride-home program, and the fact that ASU is a certified Bicycle Friendly University by the League of American Bicyclists. 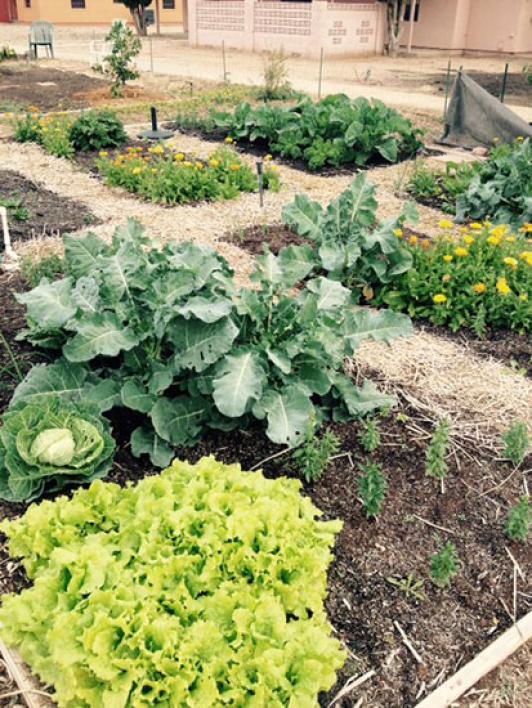 ASU received points for having organic gardens, including the community garden at the Polytechnic campus, which has eight 20- by 25-foot plots where space is “rented out” to students, staff and faculty wishing to either demonstrate best practices or to hone their skills and successfully grow their own food or herbs.

After logging 40 years with the ASU Police Department, Stewart Adams will end his long run when he retires next month. It's not just an end to his time serving ASU, but to a lifetime of law enforcement that was inspired by his parents.

Stewart Adams always wanted to be a police officer, something he credits to both of his parents. 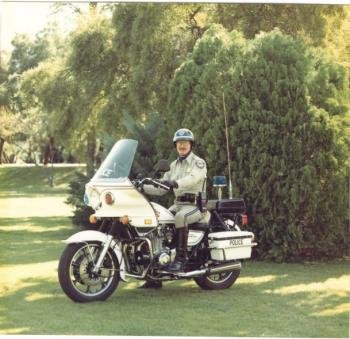 Adams achieved that dream and has had a long career in law enforcement. But this September it will come to an end when he will retire after nearly 40 years with the ASU Police.

In many ways, those four decades started long before, when he was a child and spent a lot of time at the ASU police station when his mother was working.

“Oh yeah, we came down all the time, knew a lot of the officers and they knew us,” Adams said.

“He has been at the university for many, many years so he knew just about everyone,” said ASU Police Chief Michael Thompson. “He was always a good person to go to if you needed help in learning the history behind something.”

A journey to justice

Stewart Adams’ life changed on a rainy Saturday morning in 1963.

He was 13 years old when a truck ran through a stop sign in Mesa and crashed into the family car. His father, Frank, was killed, and his mother, Pauline (or Polly) was severely injured — with eight kids at home.

It took six months before Polly could return to her job. When she did, she often brought Stewart with her.

“I was down here quite often,” he said.

As he got older, he spent a lot of time at McClintock High School, where he played football, ran track and was on the wrestling team.

After high school, he was drafted for the Vietnam War but received a deferment to attend Mesa Community College. When that was up, Adams received a two-year church deferment to go on his mission for the Church of Jesus Christ of Latter-day Saints.

“I probably would have gone because my number was really low on the draft … number 32,” Adams said.

After his mission ended, Adams returned to Tempe and finished his criminal justice degree at ASU, graduating in 1975.

His first job in law enforcement came at the Maricopa County Jail where he spent two and a half years. He said he couldn’t wait to leave.

“It was like being in prison, in jail with everybody,” Adams said. “You go there and you work your shift with all the inmates and it was just like being in with them.

“You know, I say I didn’t like it, but I think every police officer should serve time in a jail like that because it teaches you so much about people.”

Eventually Adams landed a job at the ASU Police Department and held a variety of positions, including motorcycle officer and detective.

“Stu never got excited about anything; he was the calm, collected one,” said Sgt. Terry Lewis, who has worked with ASU Police since 1988.

Lewis recalled the time Adams called in an accident with injuries. When dispatch started to ask for more details Lewis realized it was Adams who was hit by a car while patrolling on his motorcycle.

“He’s been in Tempe in one way or another for numerous years,” said Commander William Orr, who has worked with ASU Police and with Adams for 24 years. “He was probably the first wave of community policing, where he knew a lot of people, people knew him.”

This isn’t the first time Adams has retired.

In 1997 he stepped down from his sworn position as an ASU Police officer and returned to work the next week in the Crime Prevention Unit as a civilian.

Since then he has been talking to new students about how to stay safe while attending college. Adams also teaches a R.A.D. (Rape Aggression Defense) class. He said he really likes what he’s doing because it empowers the students.

“I’ve always kind of looked at myself as part of their education,” said Adams, who speaks at about 70 new-student orientations every year.

Besides all the students he has taught over the years, Adams has brought up his own. He has six children, five living, and they all attended ASU.

When Adams’ little boy Kelly was 5 years old, he was diagnosed with leukemia, went into remission then died when he was 8.

“It was really hard but the department, again, was very supportive during that time,” Adams said. “They helped us a lot — we had a lot of support from the officers, administration, the whole university.”

When asked about his upcoming retirement, Adams is honest about his future — he doesn’t know what he’s going to do.

“I think about it, and I don’t even know how I’m going to react because I’ve been coming to work for so long,” he said. “That’s one of the reasons I’ve stayed here because it’s such a good place to work.

“I’m going to miss just coming to work and interacting with people,” Adams said. “The last couple months when I realized that I’m going to retire in a few months, I talk with somebody and think, ‘Man, I’m not going to be able to talk with people like that anymore.’ ”

Office of Business and Finance Employee