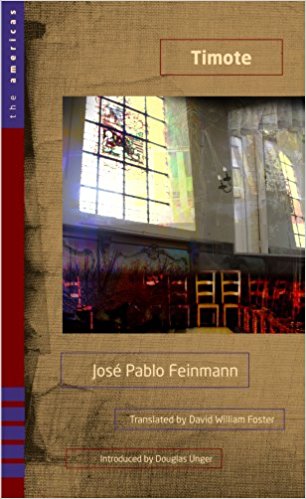 This much is fact: at noon on May 29, 1970, Argentinean general and former president Pablo Eugenio Aramburu was abducted from his Buenos Aires apartment by the Montoneros, an urban guerilla group that supported the regime — and return — of exiled leader Juan Perón. Only after a month-long search was it discovered that the Montoneros had executed Aramburu three days after kidnapping him, leaving his corpse to rot inside a farmhouse in the remote hamlet of Timote.

José Pablo Feinmann’s brilliant fictionalization of this momentous event in Argentine history raises as many questions as it answers, about issues of ongoing global concern: nationalism, fundamentalism, terrorism, torture. Imagining the abduction, interrogation, and murder as a series of gripping dialogues between the captor Fernando and the captive general, Feinmann delivers readers deep into the psyches of warring ideological factions.

Who are the Montoneros, who claim to represent an injured people? Who are Perón and his idolized late wife, who claimed to love their country? Who is Aramburu, who claims to protect democracy? Combining adroit political analysis with true-life characters, “Timote” illuminates for English-language readers a dark episode of history and a darker side of the human mind.

David William Foster is a faculty member with the School of International Letters and Cultures.