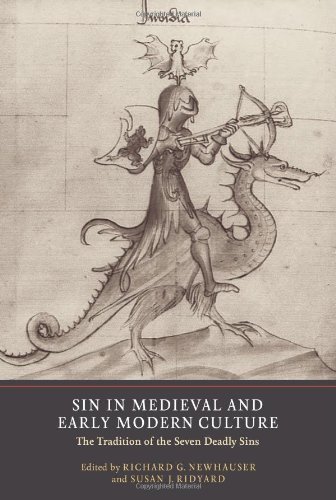 The Tradition of the Seven Deadly Sins
Edited by:
Richard Newhauser
Susan Ridyard

The tradition of the seven deadly sins played a considerable role in Western culture, even after the supposed turning-point of the Protestant Reformation, as the essays collected here demonstrate.

The first part of the book addresses such topics as the problem of acedia in Carolingian monasticism; the development of medieval thought on arrogance; the blending of tradition and innovation in Aquinas's conceptualization of the sins; the treatment of sin in the pastoral contexts of the early Middle English vices and virtues and a 15th-century sermon from England; the political uses of the deadly sins in the court sermons of Jean Gerson; and the continuing usefulness of the tradition in early modern England.

In the second part, the role of the tradition in literature and the arts is considered. Essays look at representations of the sins in French music of the 13th to the 15th centuries; in Dante's "Purgatorio;" in a work by Michel Beheim in pre-Reformation Germany; and in a 1533 play by the German Lutheran writer Hans Sachs. New interpretations are offered of Gower's "Tale of Constance" and Bosch's "Tabletop of the Seven Deadly Sins."

As a whole, the book significantly enhances our understanding of the multiple uses and meanings of the sins tradition, not only in medieval culture but also in the transition from the medieval to the early modern period. Richard G. Newhauser is a professor of English and medieval studies at Arizona State University, Tempe, Arizona; Susan J. Ridyard is a professor of history and director of the Sewanee Medieval Colloquium, The University of the South, Sewanee, Tennessee.

Richard Newhauser is a professor in the Department of English at Arizona State University.

"Provides many interesting and valuable discussions of specific texts (and occasionally visual and musical sources), and the ways in which these employ the concept of sin and particularly that of the seven capital sins.(It) throws new light on the way people in the medieval and early modern world thought about sins, but also on how sins were good to think with."