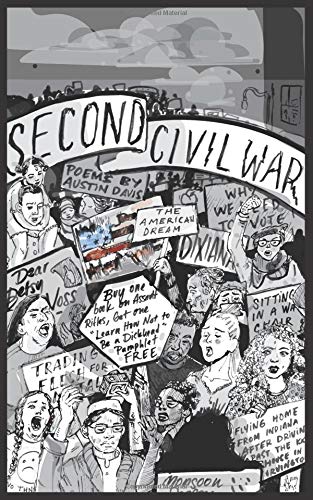 In "Second Civil War," Austin Davis issues a call to action for this generation. Composed of poems on gun violence, racism, immigration and the nature of modern capitalism, "Second Civil War" implores the youth to take a stand against Donald Trump through nonviolent protest and, above all, to vote. This collection of protest poetry from Austin Davis slams a stake in the ground that the next generation won’t accept a return to the worst parts of American history tainted by white supremacy.

Austin Davis is a student in the Department of English's undergraduate creative writing program at ASU.