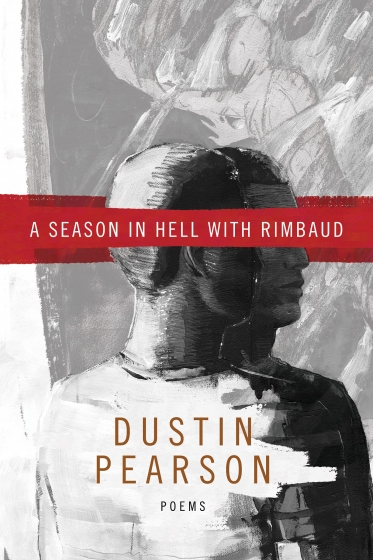 A Season in Hell with Rimbaud

In pursuit of his brother, a man traverses the fantastical and grotesque landscape of Hell, pondering their now fractured relationship.

The poems in Dustin Pearson’s "A Season in Hell with Rimbaud" form an allegorical travelogue that chronicles two brothers’ mutual descent into hell. When the older brother runs off by himself, the younger brother begins roaming Hell’s different landscapes in search of him. As he searches, the younger brother ruminates on their relationship: What brought them here? Can they find each other? Will their bonds ever be repaired?

In the tradition of Virgil, Dante, Milton, Swift, Shelley, Joyce, Sartre and especially Arthur Rimbaud, Pearson leads his speakers on a speculative, epistolary journey through the nether realm inspired by Christian beliefs and tradition. Drawing on the works of French Symbolists and the literary traditions of the American South, "A Season in Hell with Rimbaud" guides readers through an intimate rendering of one brother’s journey to find his lost and estranged brother, perhaps recovering a part of himself in the process.

Dustin Pearson is an ASU alum, having earned a Master of Fine Arts in creative writing in 2017.

“If, as Rimbaud tells us, believing you’re in Hell means you’re there, 'A Season in Hell with Rimbaud' is Dustin Pearson’s Dantean descent. No Virgil, no Beatrice, but a brother — one who could ‘clap a boulder to dust,’ whose presence augured the world: ‘There wasn’t a time/ I didn’t have/ a brother. When/ my eyes opened,/ he was already here.’ ... Pearson has written an unforgettable story of two brothers and the myriad universes roiling between them: ‘If the only world is a Hell with my brother / in it, being with him will make a new one.’”