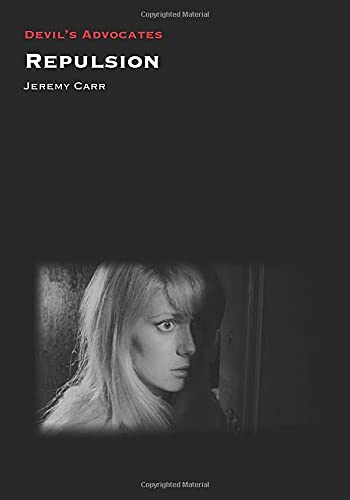 Roman Polanski’s "Repulsion" (1965), starring Catherine Deneuve as a repressed and tormented manicurist, is a gripping, visually inventive descent into paranoia and self-destructive alienation. Emblematic of recurrent Polanski motifs, evinced in his student short films, in his striking debut feature, "Knife in the Water" (1962), and in subsequent features like "Death and the Maiden" (1994), "Repulsion" is a tour de force examination of crippling anxiety and the sinister potency of inanimate objects. "Repulsion" amplifies the realm of psychological horror by evoking the seething impact of increasing delusion, literal and figurative seclusion, and the consequences of one woman’s foreboding sensitivity to the unsettling world that surrounds her.

This devil’s advocate considers "Repulsion" within the context of familiar horror tropes and the prevailing qualities of Polanski’s broader oeuvre. Drawing on the research of Sigmund Freud, Julia Kristeva, Barbara Creed and others, concerning issues of abjection, the "monstrous-feminine" and the psychology of horror spectatorship, this text focuses on central themes of isolation, sexuality and setting. Bookended by introductory biographical details and concluding with a roundup of the film’s reception, Jeremy Carr situates "Repulsion" within the horror genre at large as well as its various off-shoots, such as the rape/revenge subgenre. There is also an analysis of the film’s technical qualities, from its sound design to its brilliantly low-key special effects, all of which define the film as Polanski’s most audaciously stylish realisation of dread and unease.

Jeremy Carr is a faculty associate who teaches in the ASU Department of English’s film and media studies program.